This photo story is a whimsical allegory of my struggle as a codependent. Codependency is a disorder where individuals betray themselves to acquire basic emotional needs for safety, love and belonging. Also perpetuated by pop culture, this toxic mentality glorifies the act of giving up oneself in order to meet those needs. My goal was to create a photo story in the form of cinematic film stills that sheds light on the prevalence and toxic effects of this disorder in our bodies and communities. 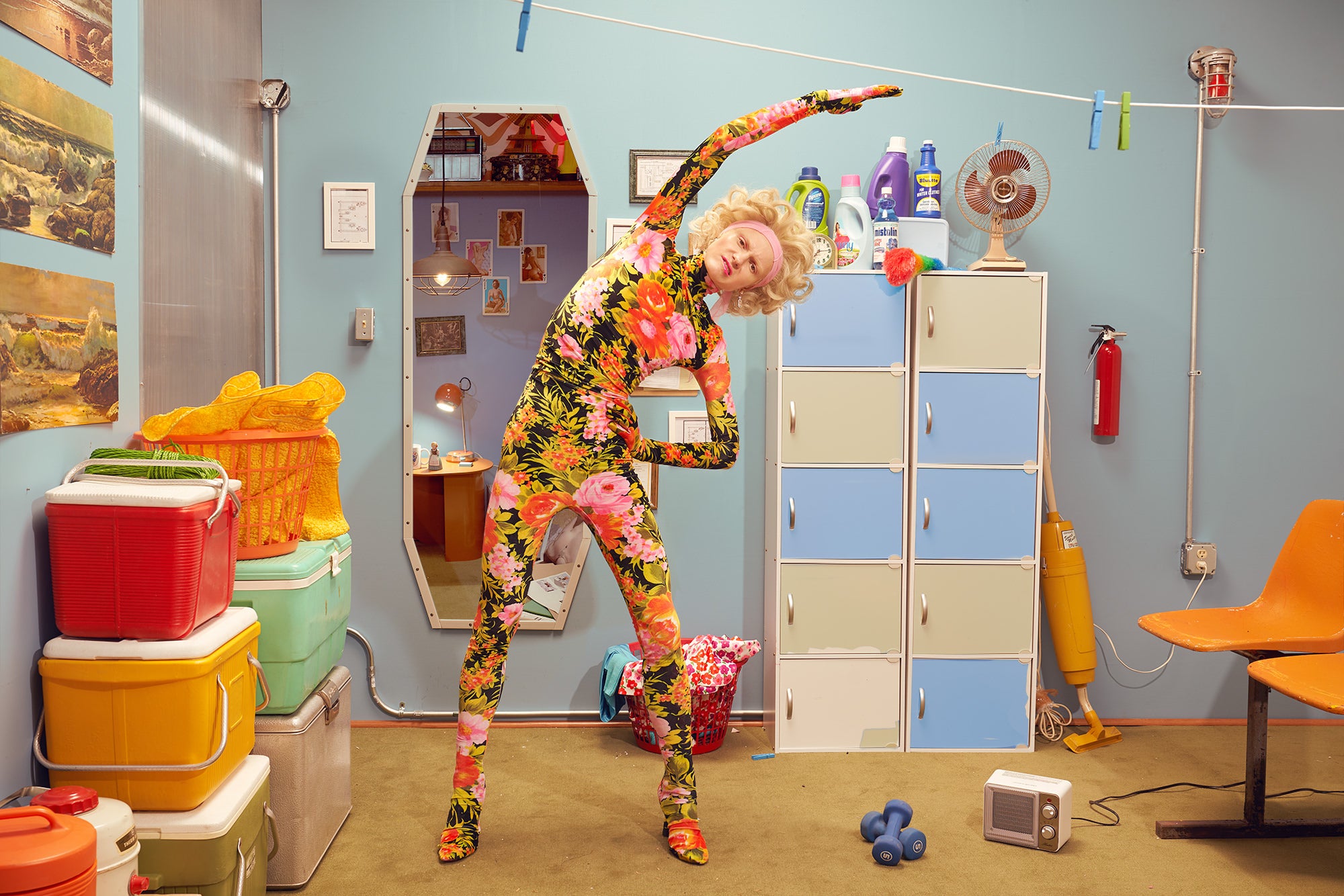 Our story follows a woman living alone in an underground, dystopian shelter. Charming at first glance, this bunker sports colorful interiors like 1960/70s-style Eastern European homes (a time of generational guilt during the Cold War) with a futuristic twist. We designed the set to feel tight and highly organized, with everything made to be efficient or multi-functional. There is a sharp contrast between sumptuous and functional.We focused on textures like bakelite, muted color metals, acrylic, plastic leather, tubular steel, carpet and other manmade materials. 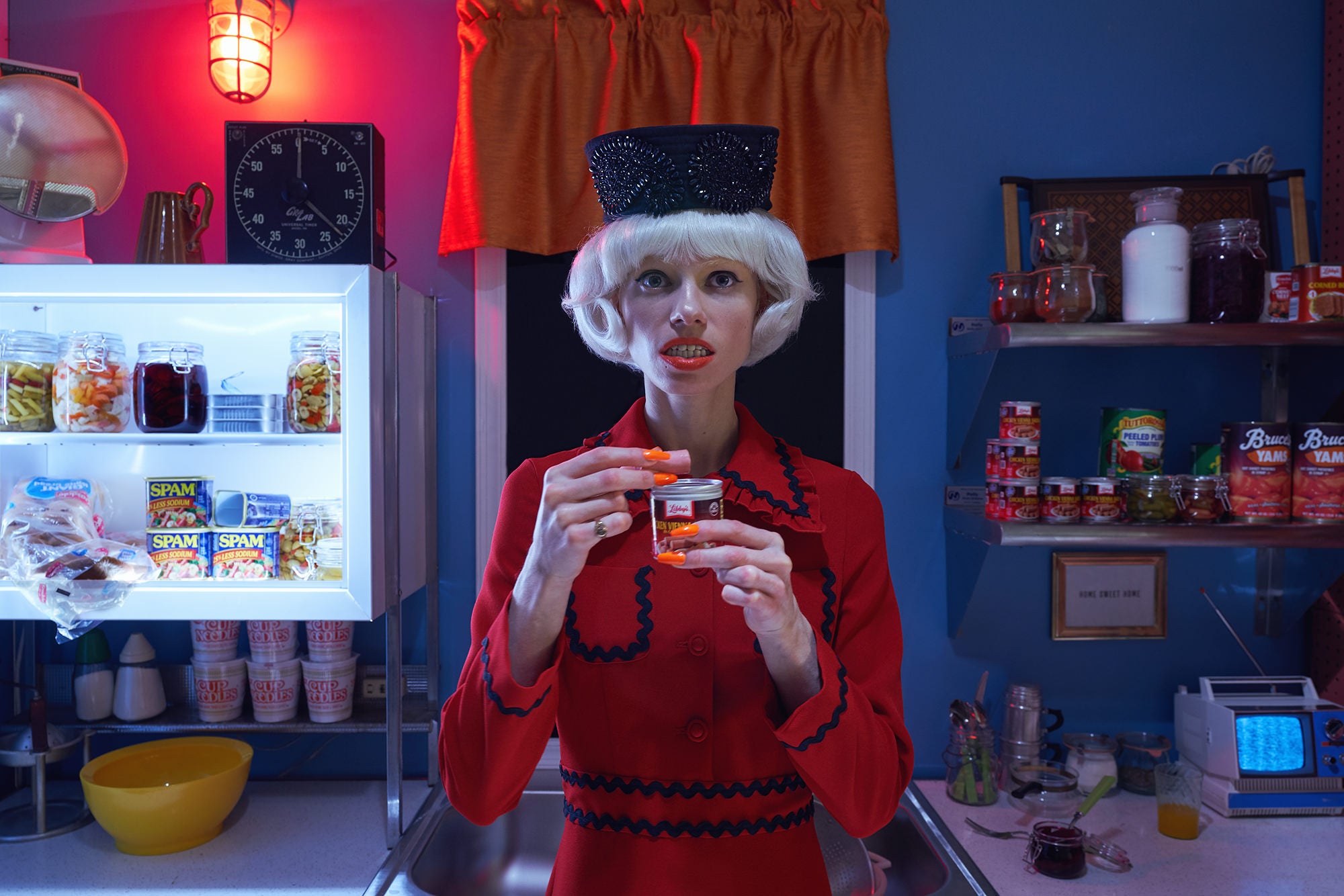 Keeping the fragile construct of civility alive in a doomsday asylum, this woman tries to maintain an immaculate appearance and absolute precision when performing her daily routine. We meticulously mapped out fashion, makeup and hair styling to suggest both vanity and functionality.They are also emblematic of her emotional state or those she tries to hide. For example, we used psychedelic patterns in structured suits or dresses to evoke a distorted and disturbed state of reality, despite her sunny smiles or calm composure plastered on her face. 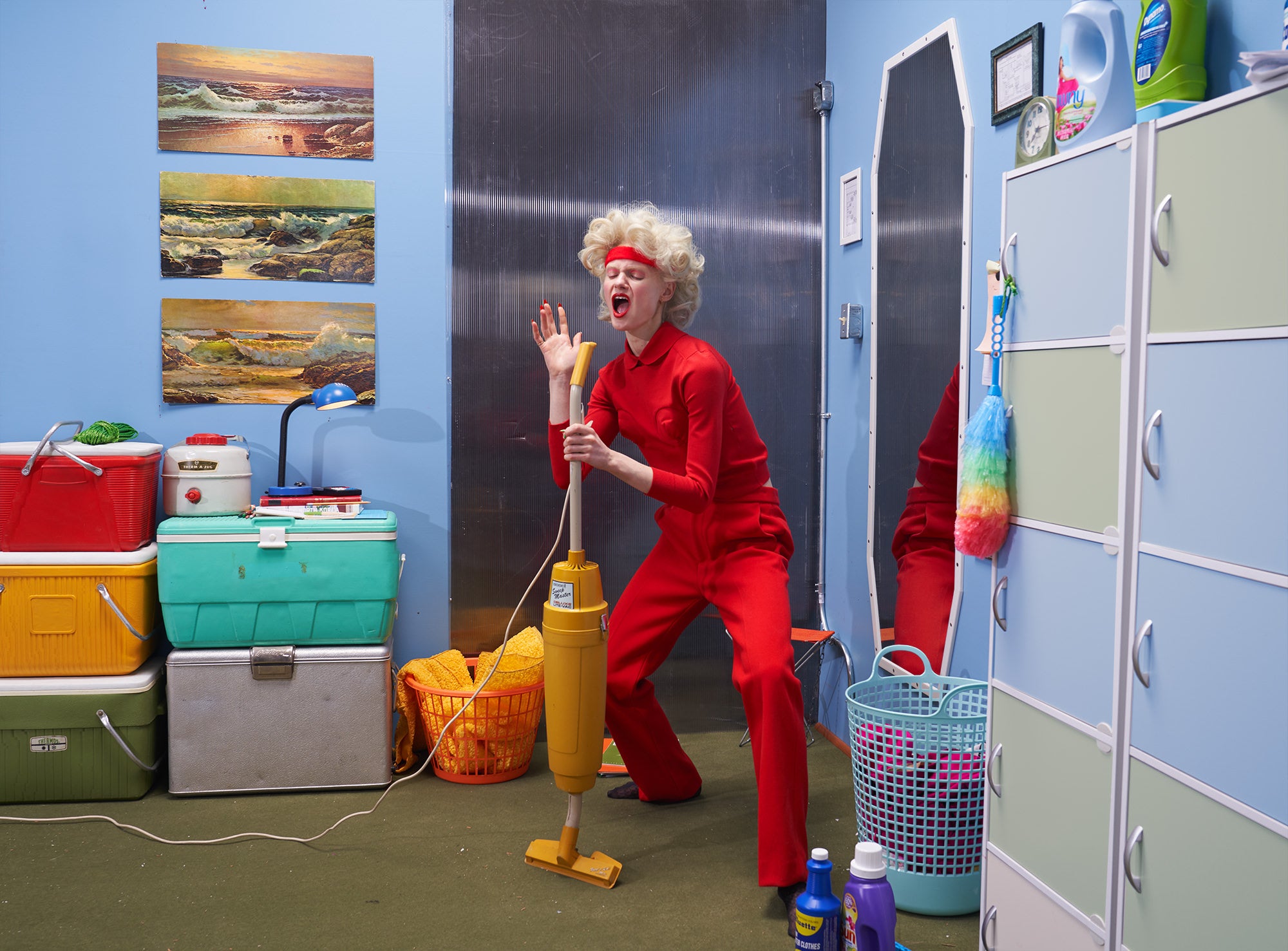 We get a sense she is held captive, but time has desensitized her to the horror of being trapped here. Attempts to maintain hygiene and tidiness fail to hide the decay leaking into her surroundings. Despite a pristine, artificial surface, a sense of basement dampness seeps in, evident in small messes left lying around. Within each outfit, we used sinewy patterns like lace, animal hair, organza or soft pleats to be reminiscent of organic growth or mold. 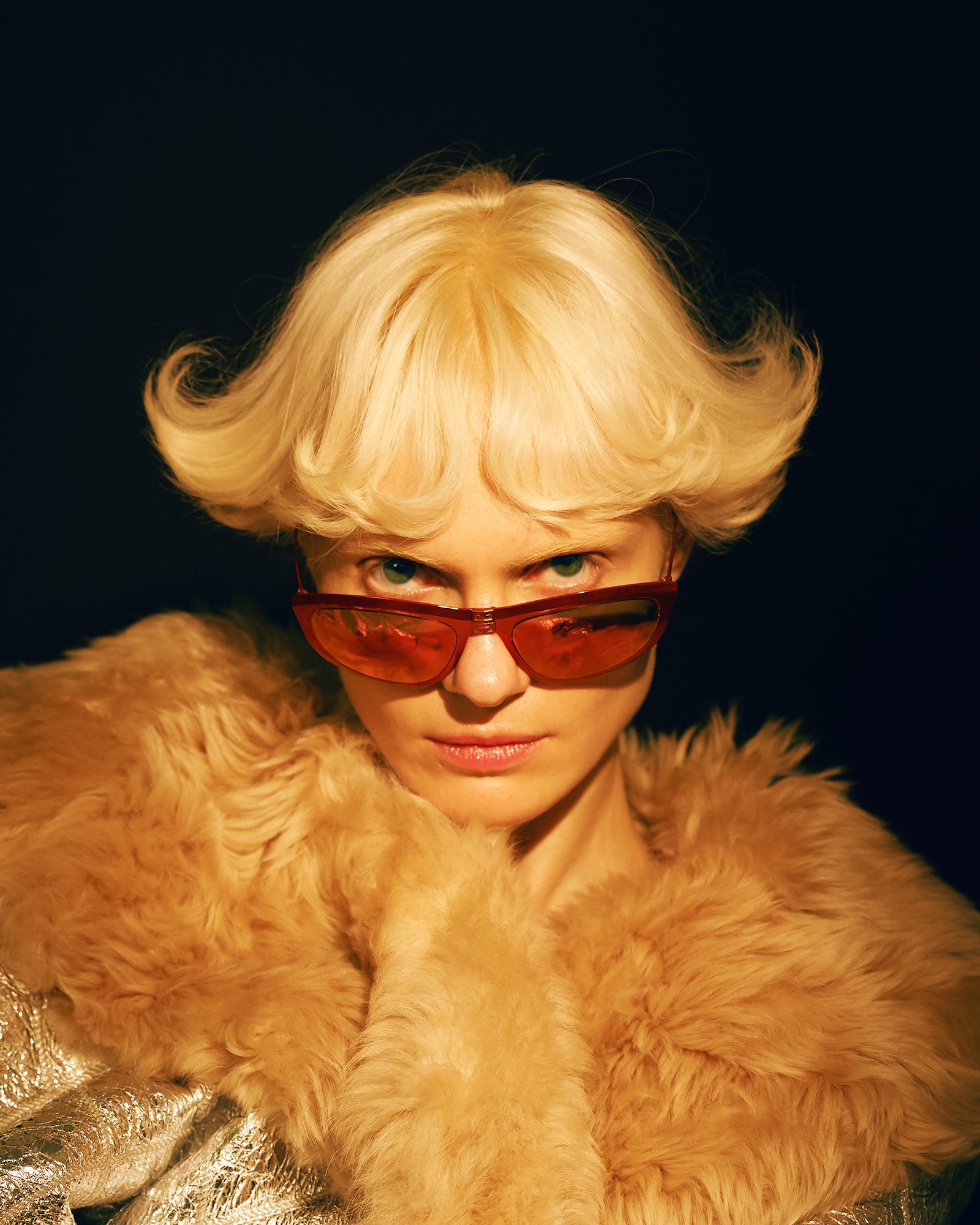 Set between sumptuous colors and moldy textures, her cheerful, practiced facade adopted for survival contrasts the dark secrets of complicity growing beneath, alluding to a familiar problem that codependents face with themselves and their loved ones. 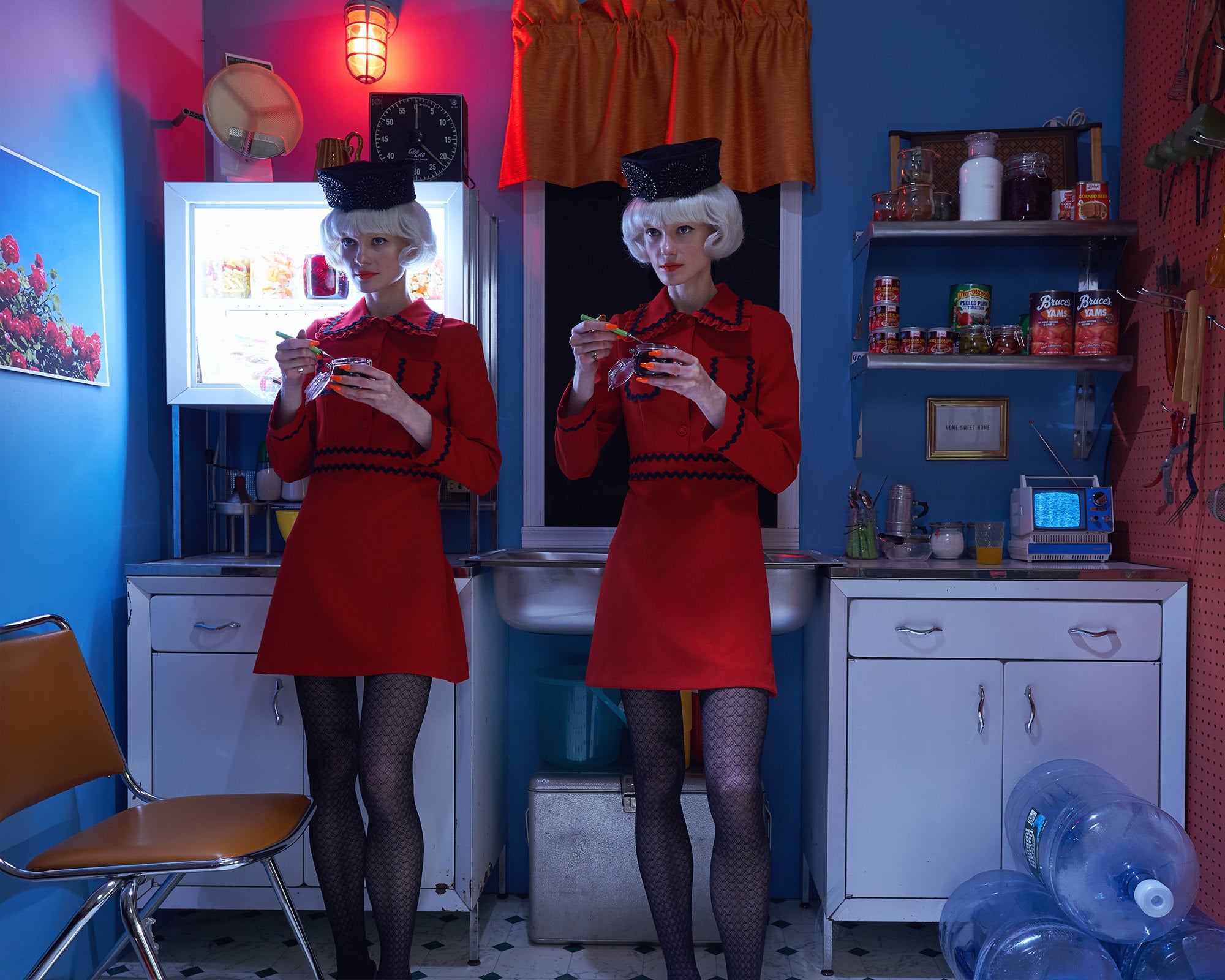 Like a funhouse of horrors, being disconnected from ourselves and each other creates a society full of trauma projections and suffering. Using visual cues and metaphors, our photo story is an allegory about the underlying effects this disorder has on one’s psyche.

Under The Weather: An Alpha Female+ Cinemagraph Project Explores The Challenges Of Motherhood

Under The Weather: An Alpha Female+ Cinemagraph Project Explores The Challenges Of Motherhood