The WE ARE project in New London, CT, is a project conceived by renowned commercial photographer Joe Standart. The project converted the city of New London into a gallery with 28 mural-sized photographs displayed in and on buildings throughout downtown. WE ARE is a follow up to Standart’s Portrait Of America: The New London Project. In WE ARE, the photographer has created a series of portraits of immigrants that are threads in the tapestry of New London.

We had a chance to speak with Standart about the project and about his switch from Hasselblad cameras and digital backs to the Sony a7R II for his most recent WE ARE portraits. 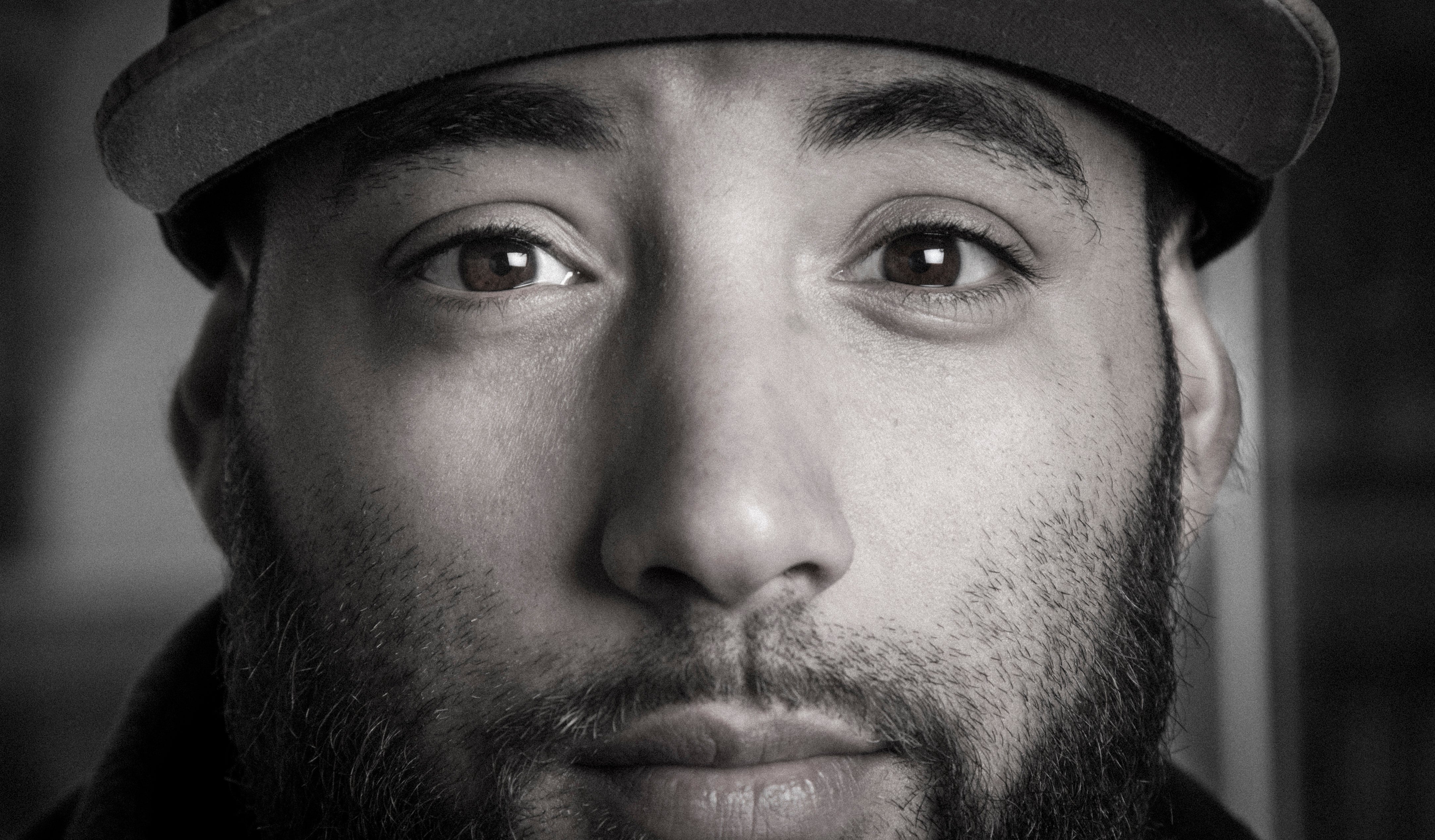 AlphaUniverse: You’re known as a commercial photographer more than a portrait shooter so the WE ARE project isn’t exactly an extension of your regular work. How did the project get started?

Joe Standart: Right. Having had this fabulous advertising career, I was really looking for a new challenge and wanted to find something that benefited communities or individuals as opposed to selling more refrigerators. I found New London and it’s a great city. It has amazing architectural bones. It was the whaling capital of the east coast back in the day. It's beautiful, but it's had a tough time economically.

I wanted to give myself a new challenge. I had never done portraits, so I set up a little pop-up studio in an abandoned building and just started approaching people on the streets and asking if I could photograph them. I tried to do it in a very dignified, elegant way. I wasn’t working like a photojournalist would because I wanted to see what a dignified portrait would do in terms of their self-image. I started that up in the summer of 2004 as the basis for Portrait Of America: The New London Project, and I continue going from there. Now, 10 years later, we’ve just had the opening of WE ARE, the fourth all-city initiative in the Portrait of America series.

AlphaUniverse: So you just went up to random people outside of a small studio and asked if you could take their picture?

Joe Standart: I started engaging them on the sidewalk and seeing if they'd be interested in participating in a public art initiative and would let me take a dignified portrait of them. I continued that for about four months going to the city one or two days a week and found that almost everyone I approached was game to take part. I was delighted. I guess it's not a big surprise, but people were thrilled with the product. I gave them a digital print right after the shoot and also put a digital print up on my wall. That was for the New London Project of 2006. I took a more targeted approach for the WE ARE- A Nation Of Immigrants, which opened on July 7, 2016 by visiting organizations like the Hispanic Alliance or the Mosque of New London to seek out immigrants who were willing to participate.

AlphaUniverse: How was your studio set up? Were you using natural light from a window or studio lights or a combination?

Joe Standart: I've been delighted with using just a one-light approach. I have remotes that go on the power pack as well as the camera. I use my old Dynalite pack, and the studio is windowed so I’m constantly balancing the one bank light, primarily the subject’s facial light, with the ever-changing backlight from the window. It's been very successful for me, and as a result each photo has a different and unique feel. The one light system works incredibly well, and I've done that as a kind of discipline that I've imposed on myself throughout all of these portrait projects.

AlphaUniverse: You had been using Hasselblad cameras and backs, which have long had a reputation as portrait cameras, but you recently switched to a Sony α7R II. Why did you make the change?

Joe Standart: Since my end product was always going to be an image that's at least three feet by six feet and quite often many times bigger than that, I needed to get the best resolution and the sharpest images possible. Despite the high quality of the Hasselblad I had been using for several years, I wasn’t convinced that was the best that I could get. The introduction of the Sony α7R II was of great interest to me and so I tested it. I’ve been just thrilled with the results in terms of image quality, the tonal range and the sharpness. The images are a delight. They're a delight to work with. They've reproduced extremely well in this mural size. I think our biggest mural is 8 feet by 20 feet. That's a big enlargement for a a 35-millimeter-format camera, but I haven't been disappointed at all. The resolution is simply amazing.

The other component, of course, is weight and size. I happened to have a photographer’s back. In other words, it's been abused for many, many years. It can be painful. The prospect of working with a lightweight camera was attractive and I feel like in making the switch, there’s been a gain and there's absolutely been no sacrifice at all for that.

Also one of the attractive features about the Sony camera is being able to go the adaptor route with lenses. I've got tons of lenses and I didn't want to have to just dump them all. That's a very attractive feature and it has worked well, and I'm sure it’ll work better as time goes on. When Sony makes a 24-105, I'll grab that one up.

That said, more than weight or size or anything, it’s just about image quality. With the Sony, the texture of skin and eyes and hair is very true to the subject and it's been a step up compared to what I had been using.

AlphaUniverse: How many people did you photograph this way?

Joe Standart: With each project I photographed about 150 people and it was fun to see the gallery of digital prints grow on the pop-up studio walls It was really people of the city looking at themselves, their friends, and neighbors. The photos created communities within communities and preconceived barriers dropped away. As the gallery grew the museum and local galleries became very interested in doing an exhibit. I thought, well, I hadn’t really planned on that, but why don't we have our exhibit on the streets and building walls as well as in galleries. The WE ARE project that is on exhibit now grew out of that experience. I was more targeted in selecting the 40 subjects I used, and I knew pretty well how many buildings I would cover--16--and that I would create murals of all of the participants. This includes 12 self-supporting monoliths in the Atrium at 165 State St.

AlphaUniverse: You essentially made New London’s downtown into the gallery. That really changes the nature of the project and makes it a part of the larger community as a whole doesn’t it?

Joe Standart: For the 2006 New London Project, we really filled up the entire city, four galleries and the museum and on the walls of many of the building within the city. It became a giant celebration of the city and the people of the city. It was quite amazing. I think there are two or three thousand people showed up for the opening. The state commissioner of arts came down. It was an amazing kind of event. That kind of schooled me in the impact a public art project can have on individuals and a city and the organizations within the city. I found that by having portraits of all different races, the project really broke down barriers between races. I took advantage of all those lessons for today’s WE ARE project, which literally changed the entire demeanor of the town. Powerful portraits replace the vacant windows of empty storefronts. There is now a sense of life and vitality. 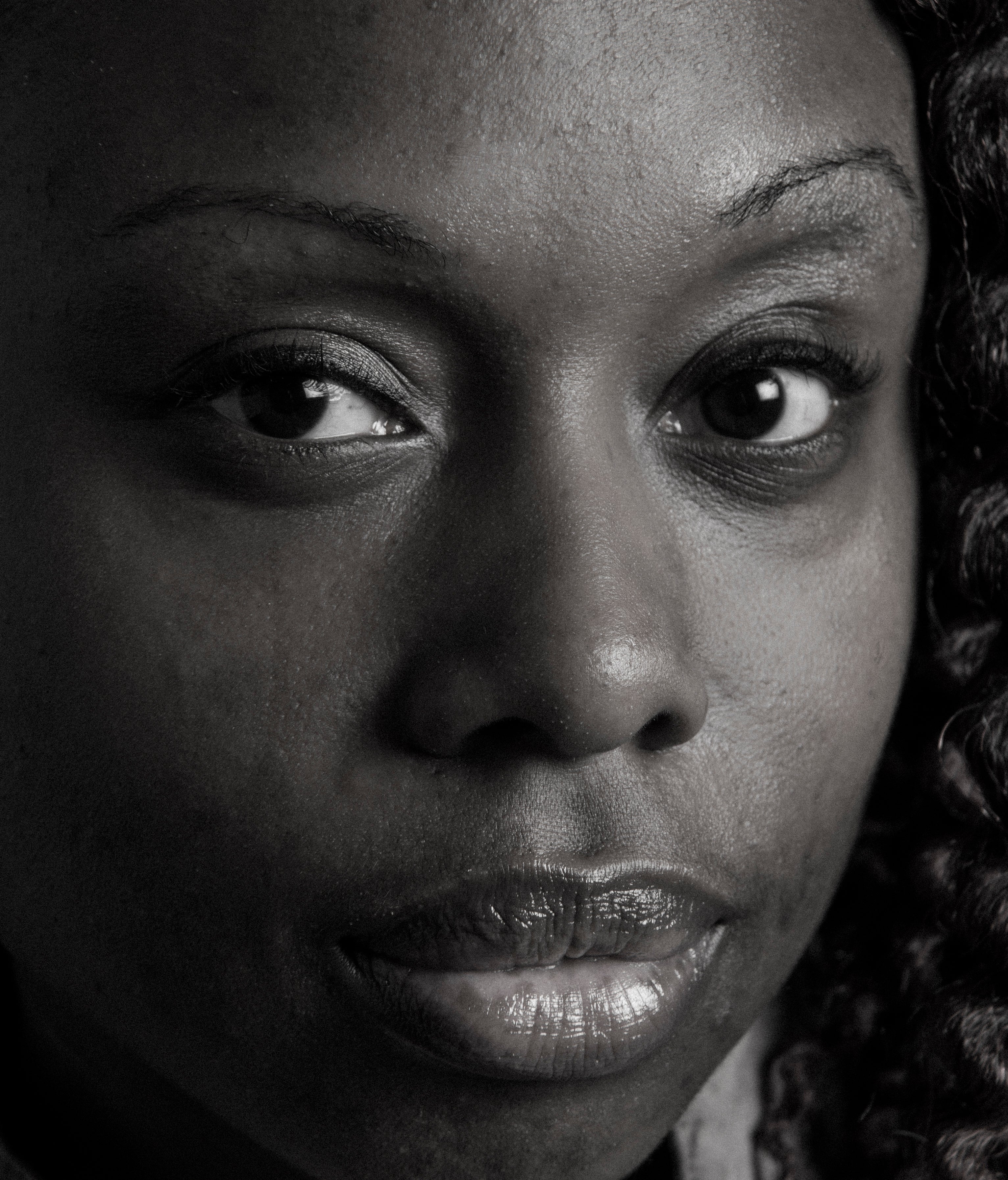 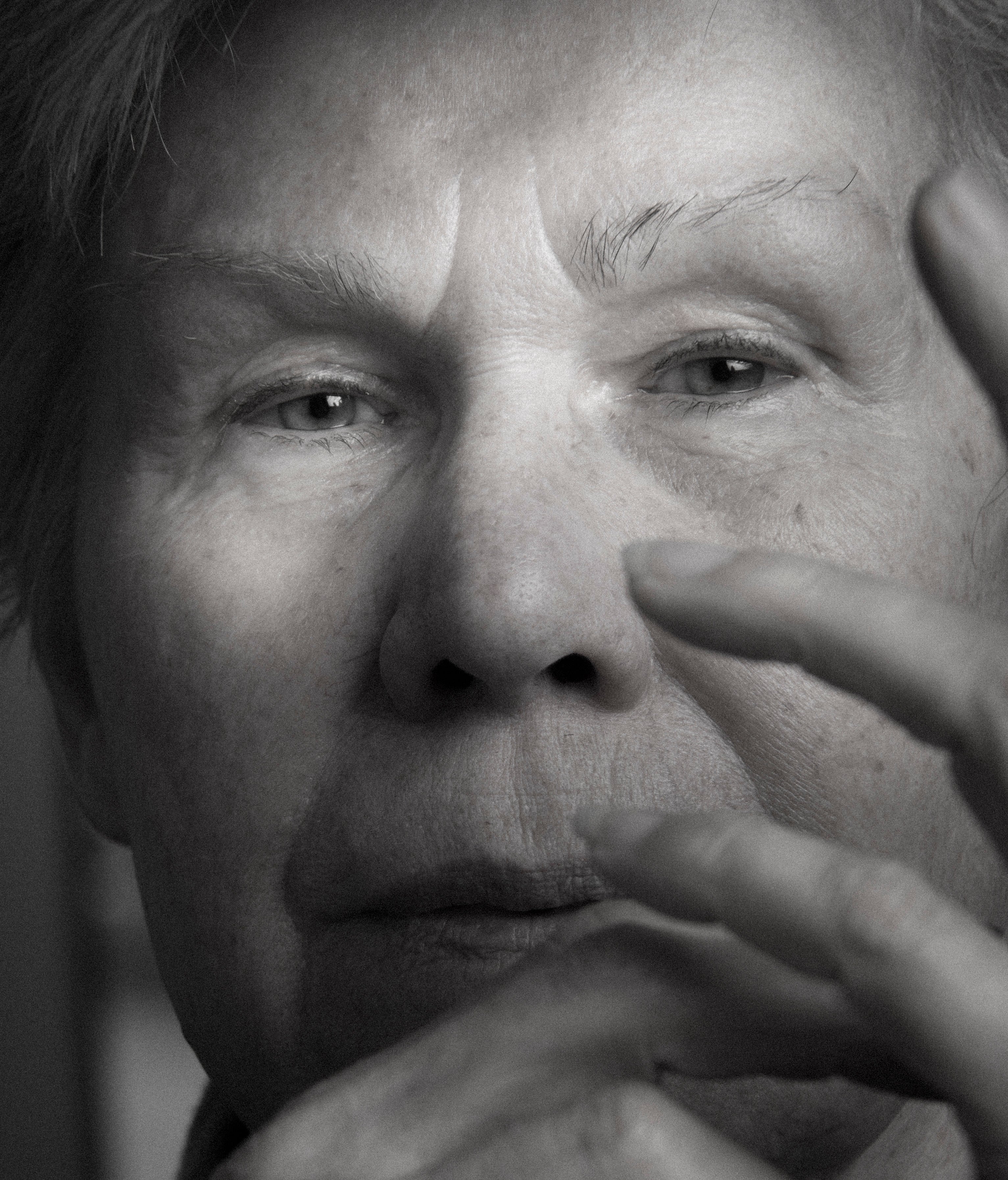 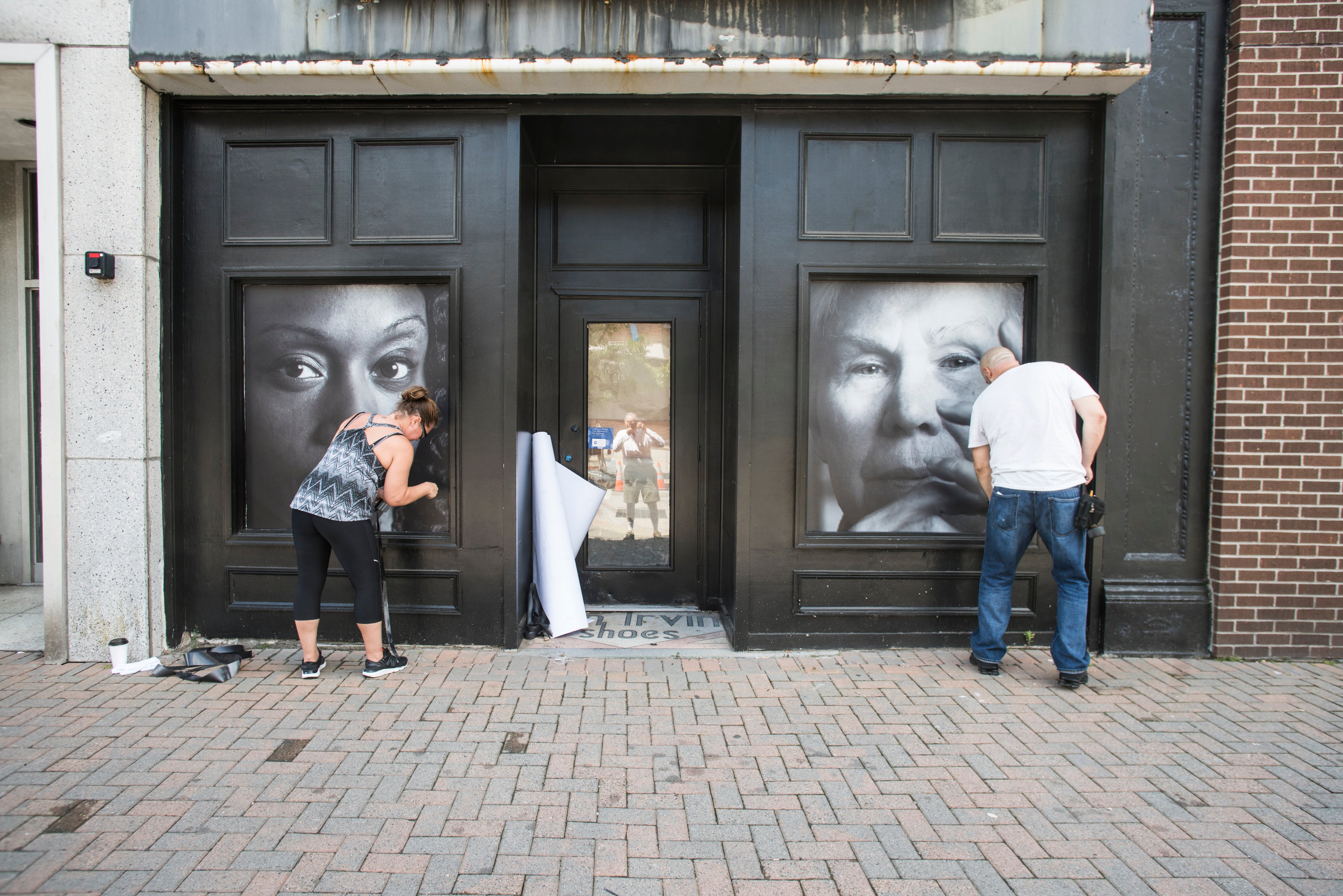 AlphaUniverse: With the photographs spread around the city, does each image stand alone or is the intention to have one lead to another like they would in a conventional gallery show?

Joe Standart: The WE ARE exhibit consists of 40 portraits of immigrants from about 20 different countries. Those portraits are placed along the two primary streets creating a walking tour, or as you suggest, a really large gallery show. It's a small city, but it’s still a city. Nevertheless, the photography has a very cohesive flow from one portrait to another as you go down the streets. The other part of that is working with the city institutions, addressing the problems they have of vacant, like many small towns, vacant storefronts. I thought of the vacant storefronts as my gallery walls, and the portraits are on the windows. A town that looked vacant and unfriendly in a way, is now teeming with these portraits. It just brings a lot of life to the streets. 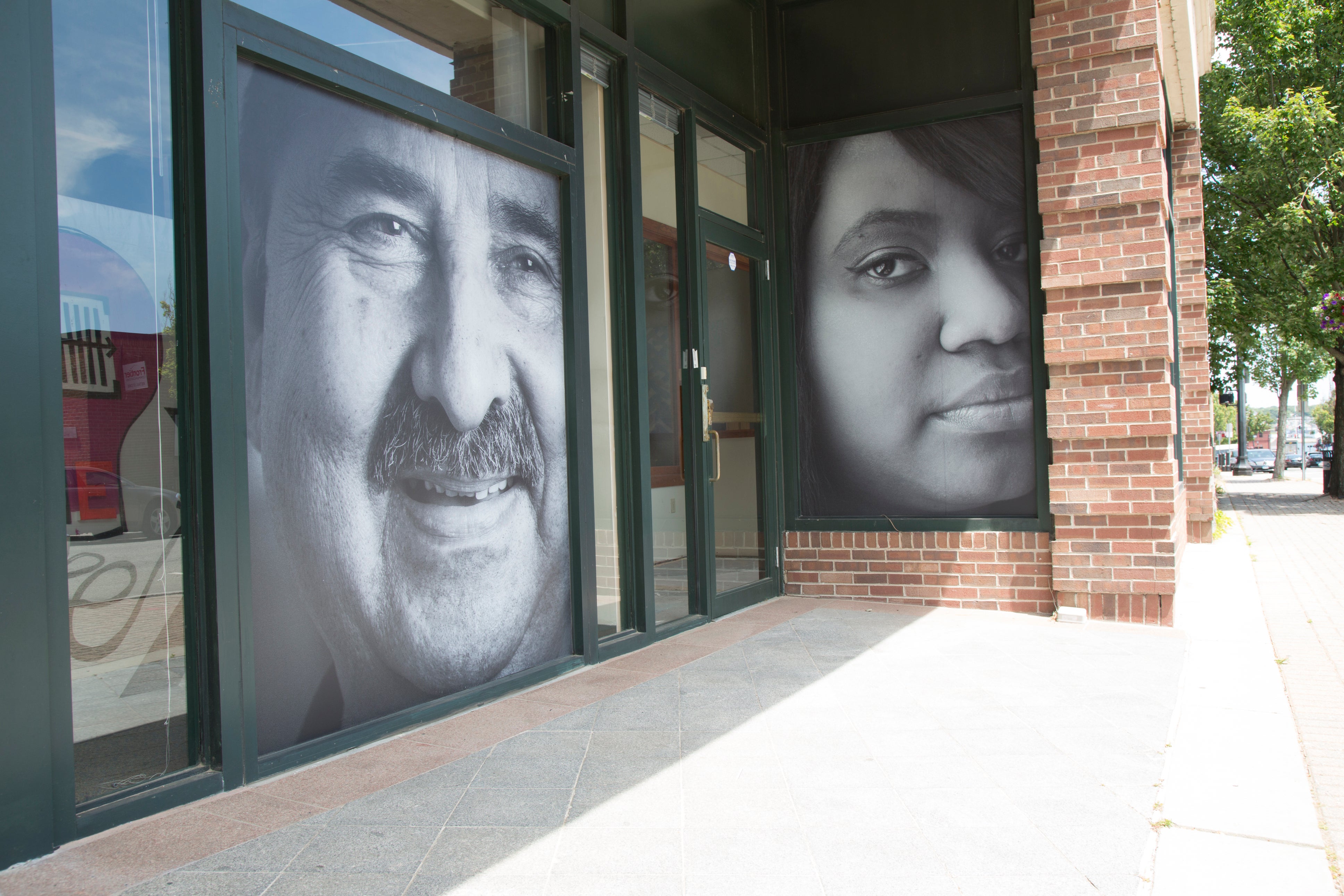 AlphaUniverse: So you’re not just creating something that engages people, there’s also a sort of urban renewal happening.

Joe Standart: That gets into the economic impact public art can have in terms of attracting tourists from around the region. Visitors come from New York and Boston and Hartford and it really can create a draw and add to the local economy. That's another less talked about feature of this kind of a project.

Also, none of my work has ever been violated, graffiti-wise or anything like that. In fact, in 2006 there was a big storm that knocked over several of the pieces and the people of the city got right down and put them back. There is absolutely a sense of pride and ownership really.

We've interviewed some of the people for a video we’re making, and they basically said the project became the city’s project. It wasn’t really my project anymore because they were so delighted and proud of it. 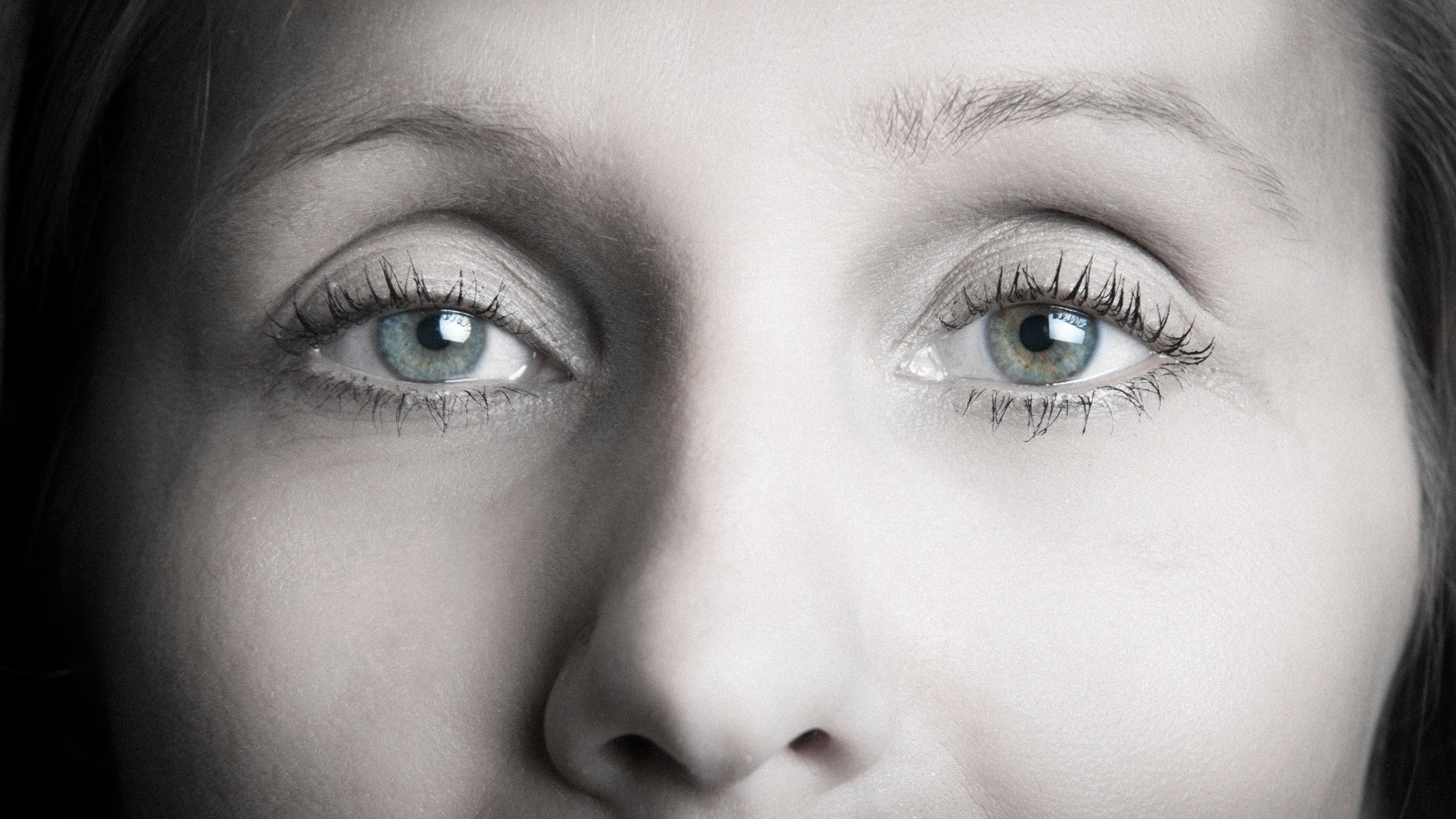 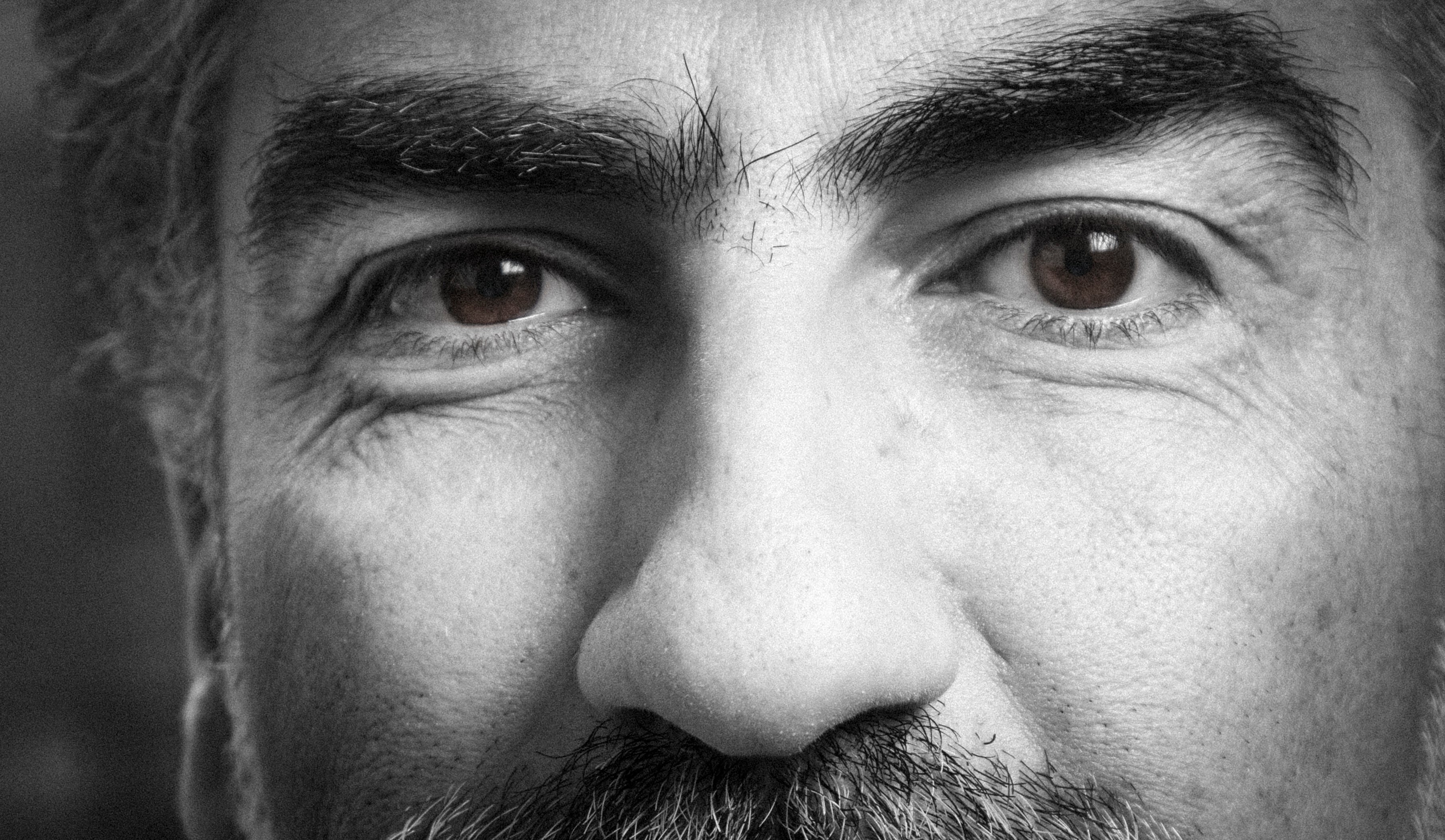 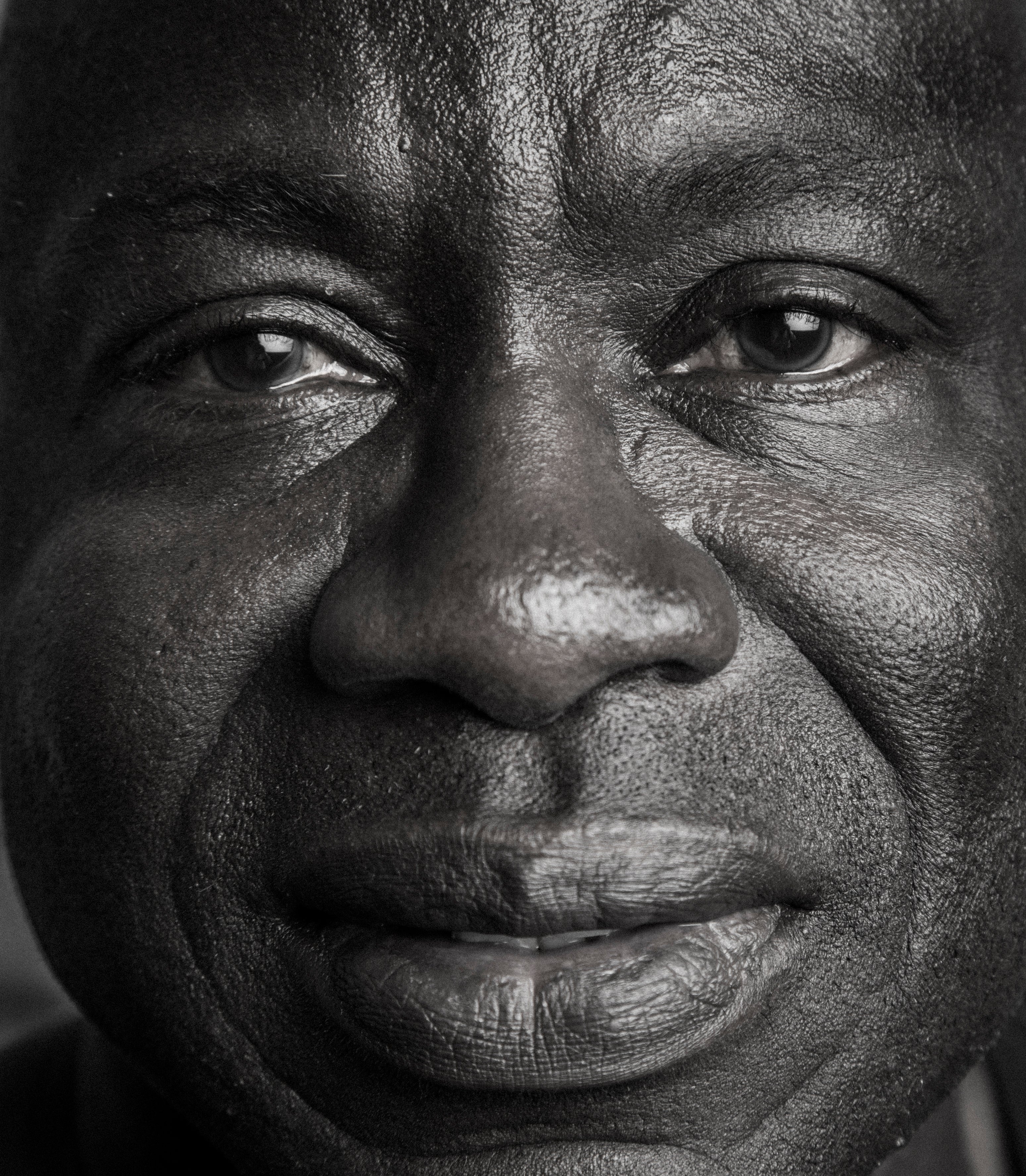