Sports photographer and Sony Artisan Jean Fruth captures more than just the action in baseball. Using her arsenal of Sony gear, she captures all aspects of the game and its culture. Read below as she shares how she uses cameras like the Sony Alpha 1 and Sony Alpha 9 II to document the entire story of the sport. Click on the image and arrows below to enlarge and scroll through Fruth’s the images and see why she uses the collection of Sony Alpha cameras and lenses to capture baseball around the world.

Jean Fruth is a sports photographer, visual storyteller and Sony Artisan Of Imagery. In addition to shooting professional sports, she is working on a project for her non-profit organization, Grassroots Baseball. Between the two, she is on the road for about 70% of the year. “My current project finds me documenting America’s pastime along historic Route 66,” says Fruth. “Though the game is played the same around the world, my job is to show that baseball looks different in different places. I am much more interested in a sense of place for my grassroots work: geography, topography, cathedrals vs. sandlots. Capturing action is part of grassroots baseball, but there is so much more. These images need to tell the story and show the culture.” To tell the entire story of baseball and its culture, she relies on several fast and sharp Sony Alpha camera and Sony lens combinations. We caught up with her to learn more about the gear she uses to capture all things baseball. 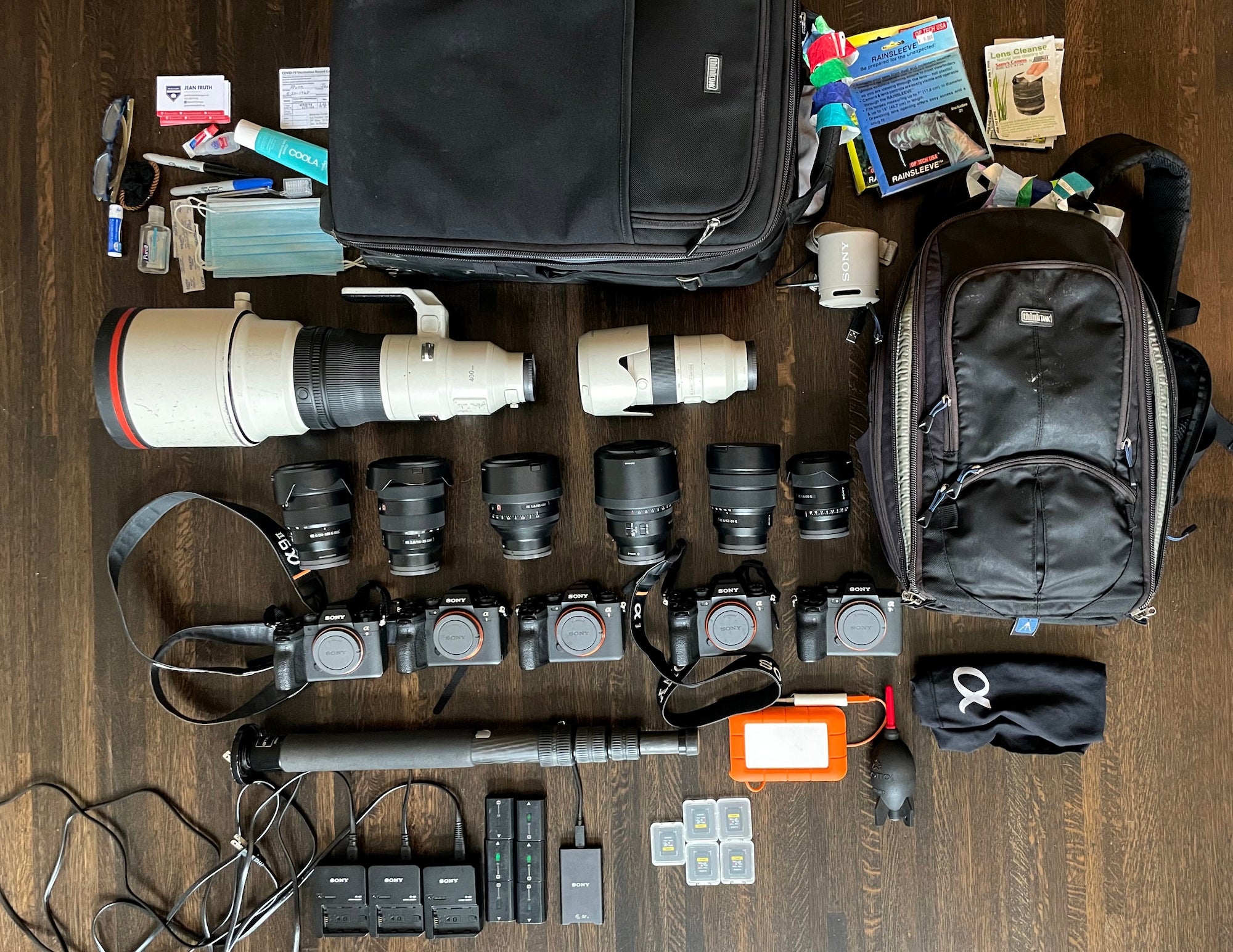 Sports photographer, visual storyteller and Sony Artisan Of Imagery Jean Fruth shares the Sony Alpha cameras and Sony lenses in her kit for documenting the story of baseball and its culture.

Sony Alpha 1: When I am shooting a game, I shoot with three bodies with three different lenses, alternating between them during the game. With so much happening at once, you don’t have time to switch lenses on one body, having multiple bodies is important for this type of shooting. The Alpha 1 gives me everything I need to get the job done.  For game action, 30 fps means I don’t miss the athlete at peak action. The autofocus locks on every time, so I can spend my time creating, framing and composing my shots. The large file size gives me the option of cropping in later for moments when I am not able to get as close to the action as I would like, or if I want to shoot loose with an option of making the image tighter. 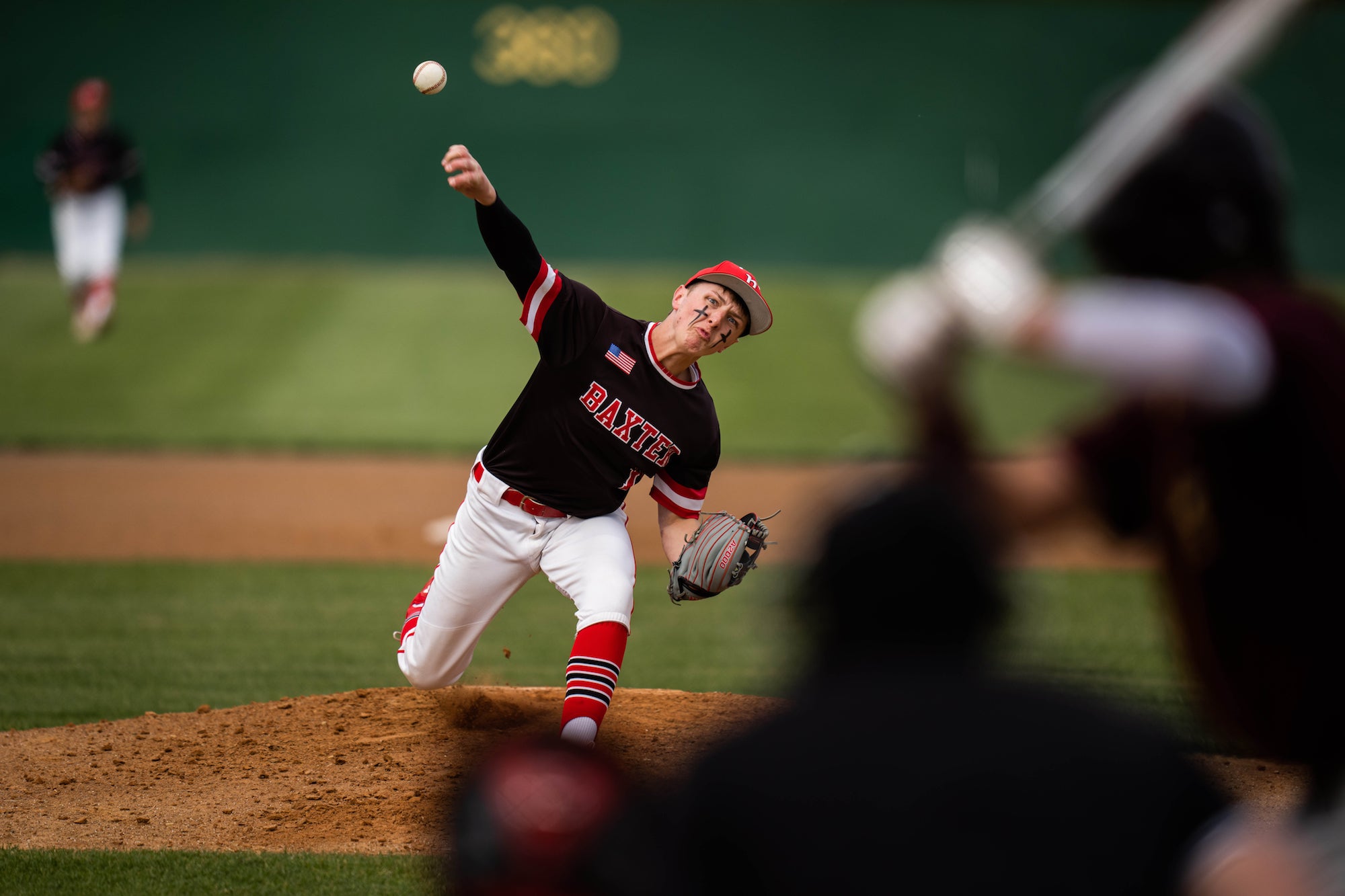 Sony Alpha 9 II: Before the Alpha 1 was released, this was my go-to camera. It does a phenomenal job. I keep this camera with me as a back-up. If I have any kind of accident with one of my Alpha 1s, I know I am in good shape to sub out with the Alpha 9 II. 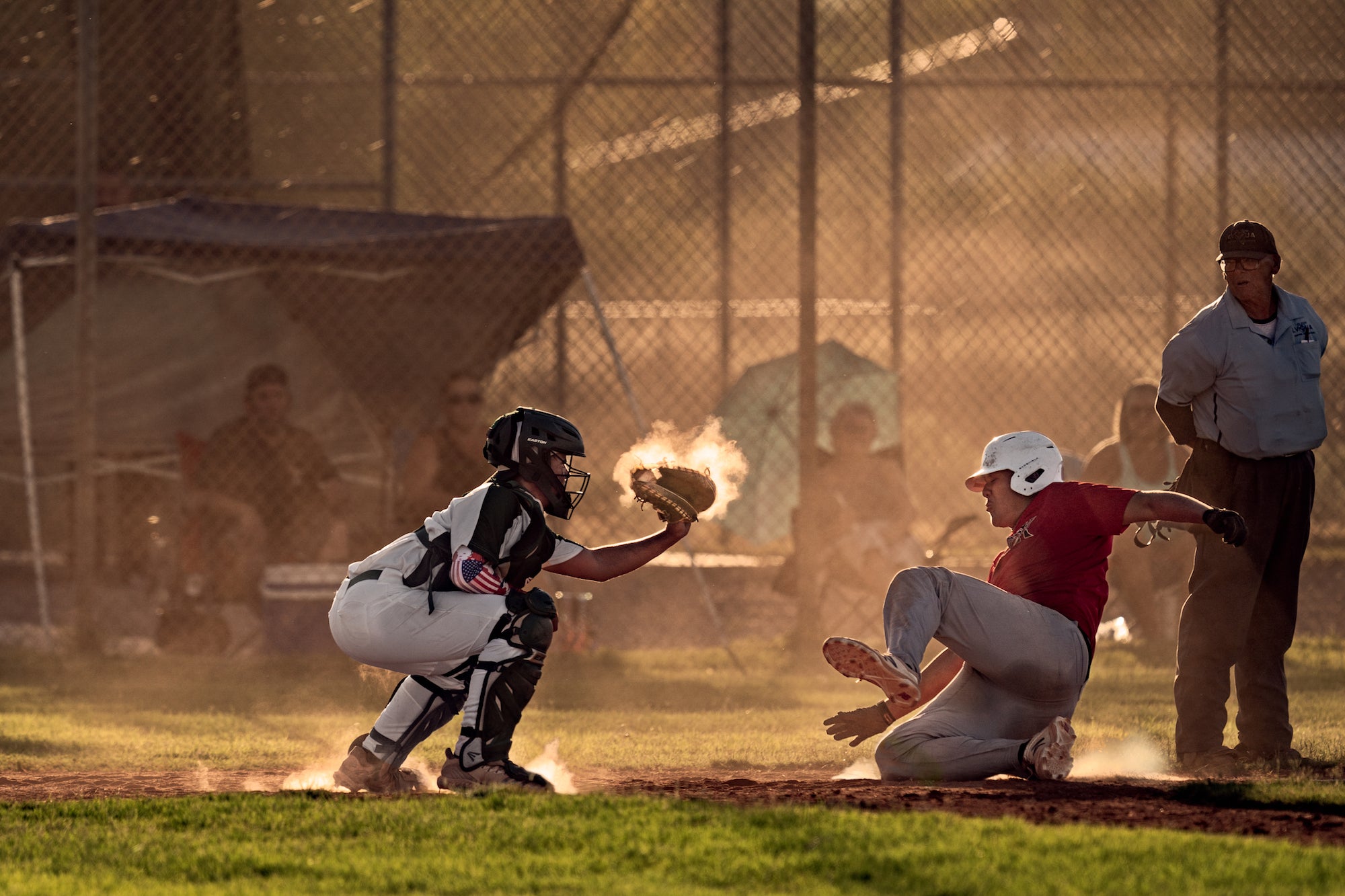 Sony Alpha 7S III: This is a very recent addition for me. I got this camera for low light situations. After seeing results from fellow Sony shooters, I wanted this option for my current project and am excited to have the opportunity to shoot with it. Who doesn’t want a camera that sees in the dark?

Sony 400mm f/2.8 G Master: This is a must for my professional shooting. The images are tack-sharp. With the fast aperture, I am able to control my depth of field, blur the background, make the action pop, and have fabulous results when I am shooting at venues that are not well lit. 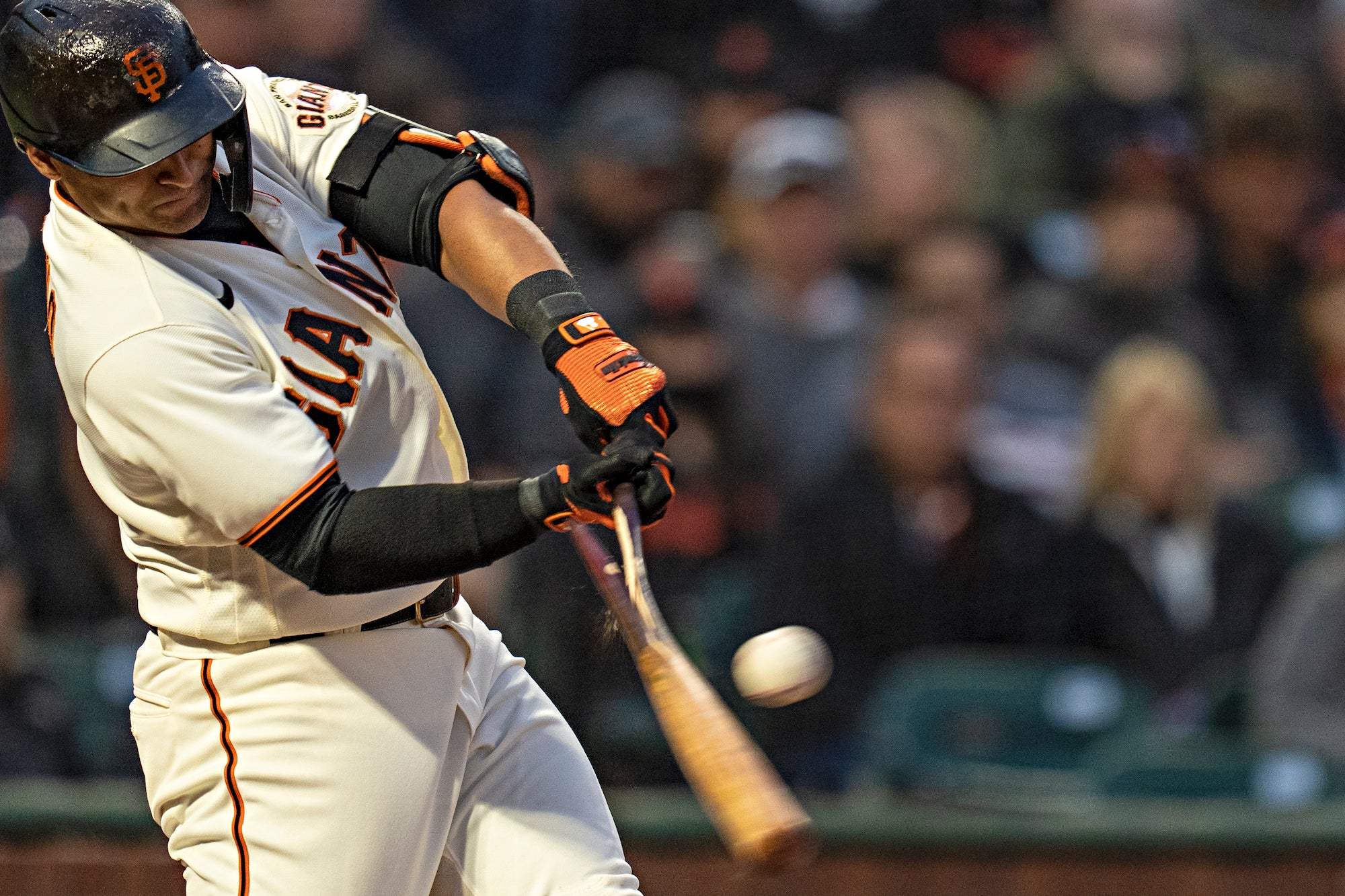 Sony 70-200mm f/2.8 G Master: This lens is an absolute workhorse for me. The versatility of the focal lengths makes it my go-to in so much of my grassroots work. I am able to capture the action and shoot wide enough to show a sense of place and tell the story. With the addition of the Alpha 1’s large file sizes, in certain situations, I shoot a bit wider to preserve my options for the use of the images, knowing I can crop in later. 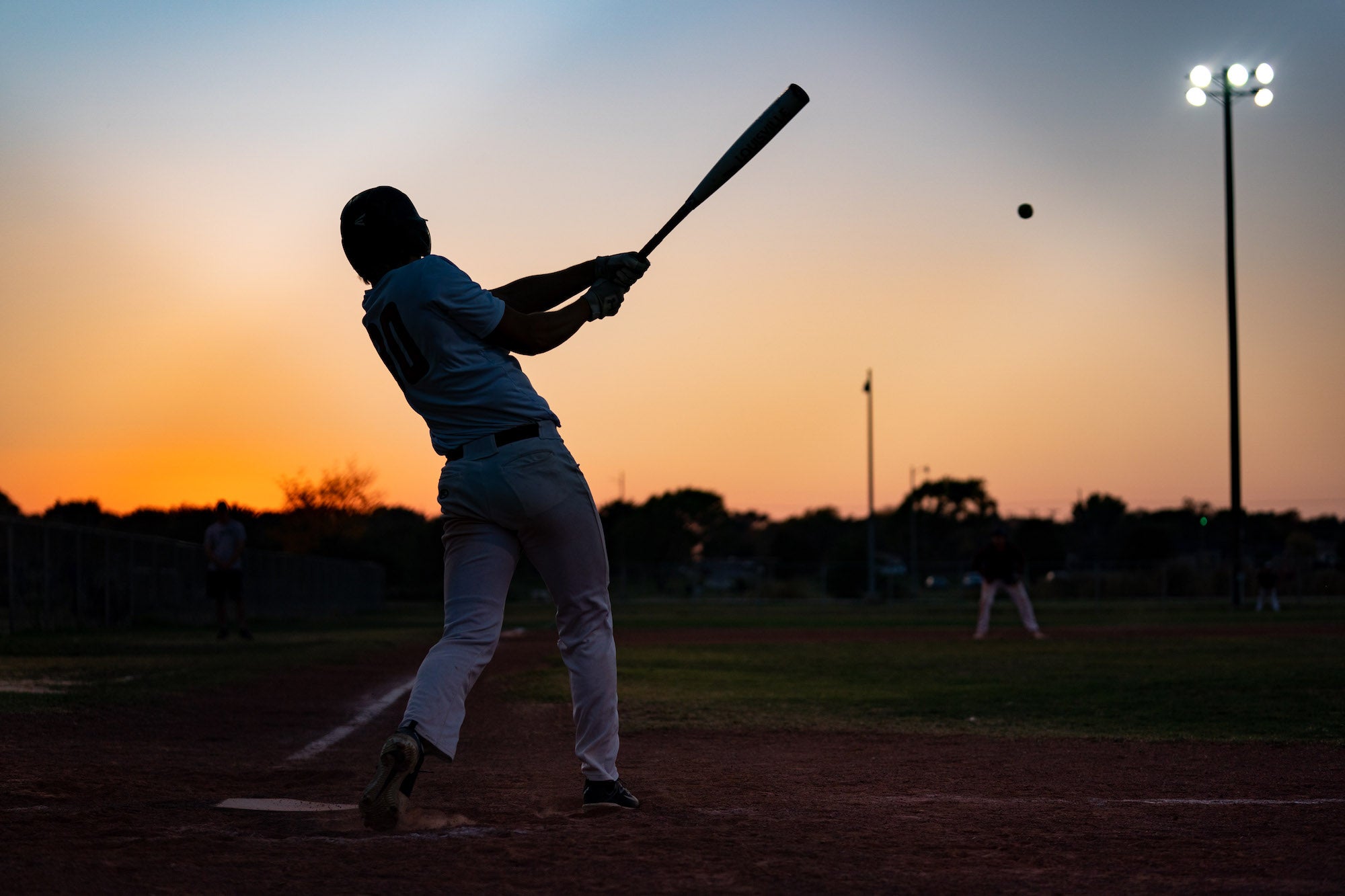 Sony 16-35mm f/2.8 G Master: This is one of three lenses I always have “in game”. It allows me to shoot wide angles in front of a bench or dugout, capturing candid moments of players interacting or reacting in-between the action. With the fast aperture, it works well in dugouts with low light conditions. 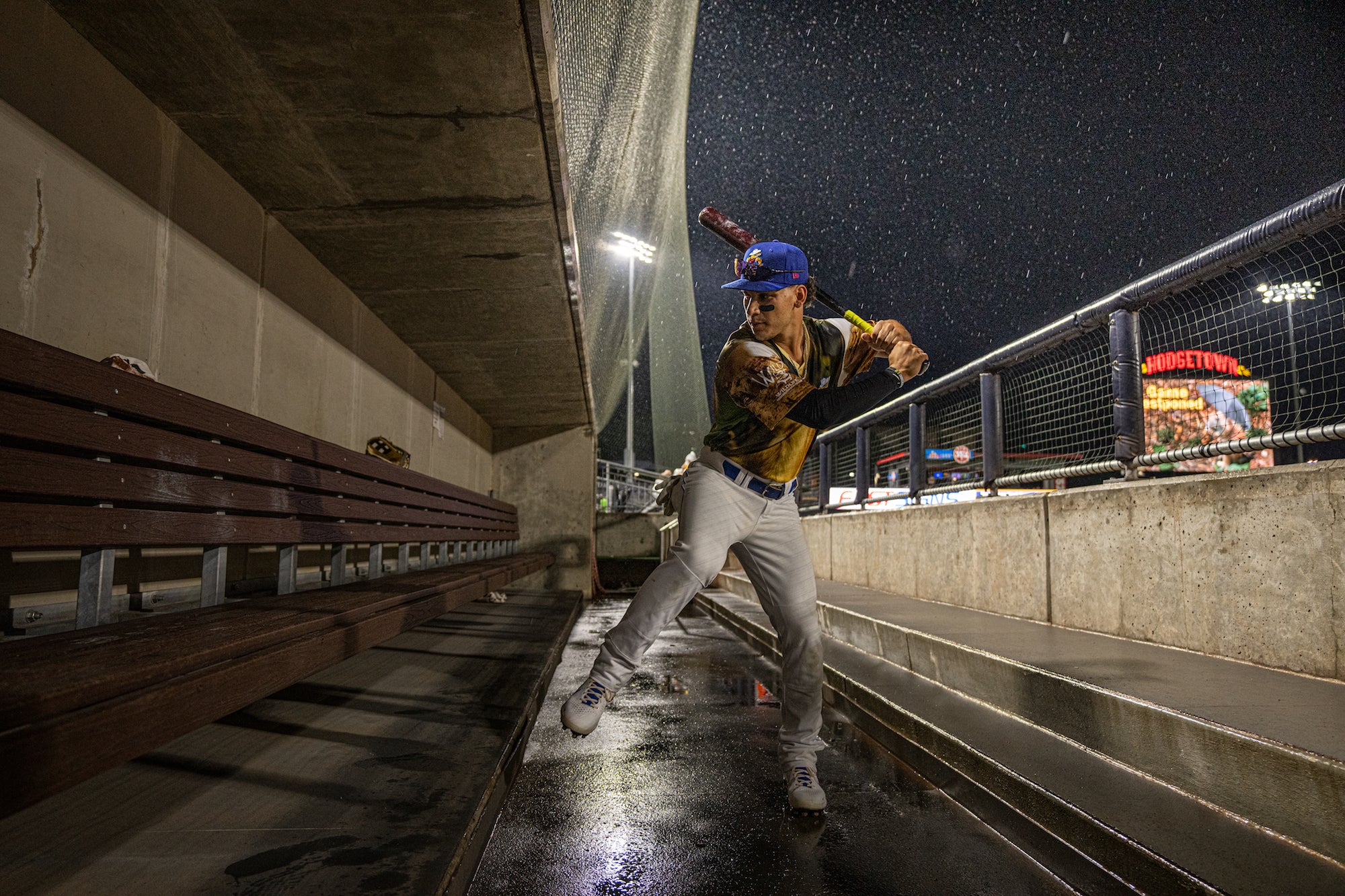 Sony 12-24mm f/4 G: This is my lens that helps me make pretty pictures of everything from the grandest stadiums to sun-filled sandlots. Having an ultrawide option really comes in handy to show the beauty and landscapes of the venues where I am shooting. It helps me create great “openers” when telling the story. 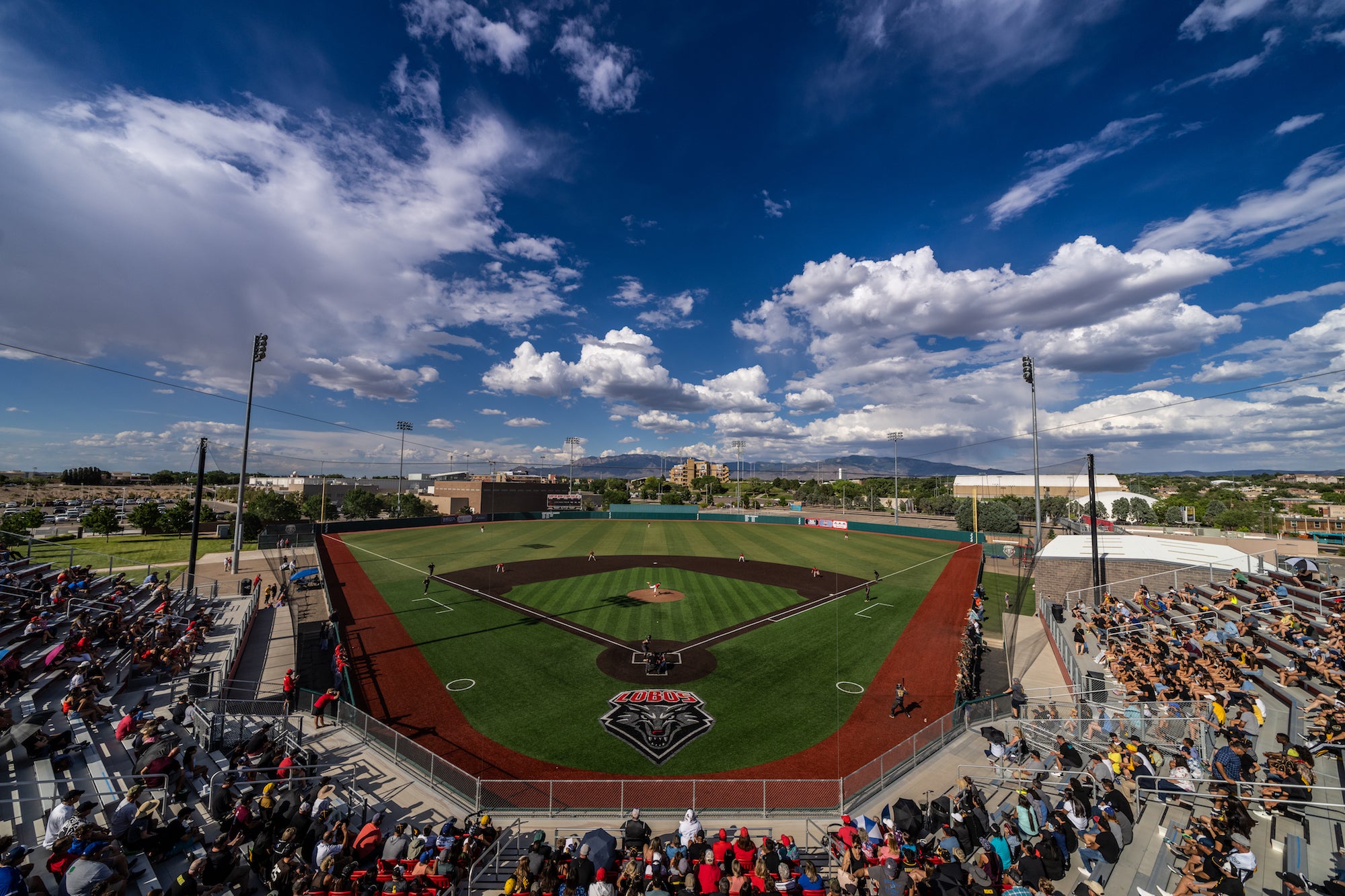 Sony 85mm f/1.4 G Master and Sony 135mm f/1.8 G Master: These two primes help give a different look to my work, especially for portraits. I have been shooting portraits for my Route 66 project and a selective focus lens like this offers so much control when using shallow depth of field techniques, it adds another dimension to my work. 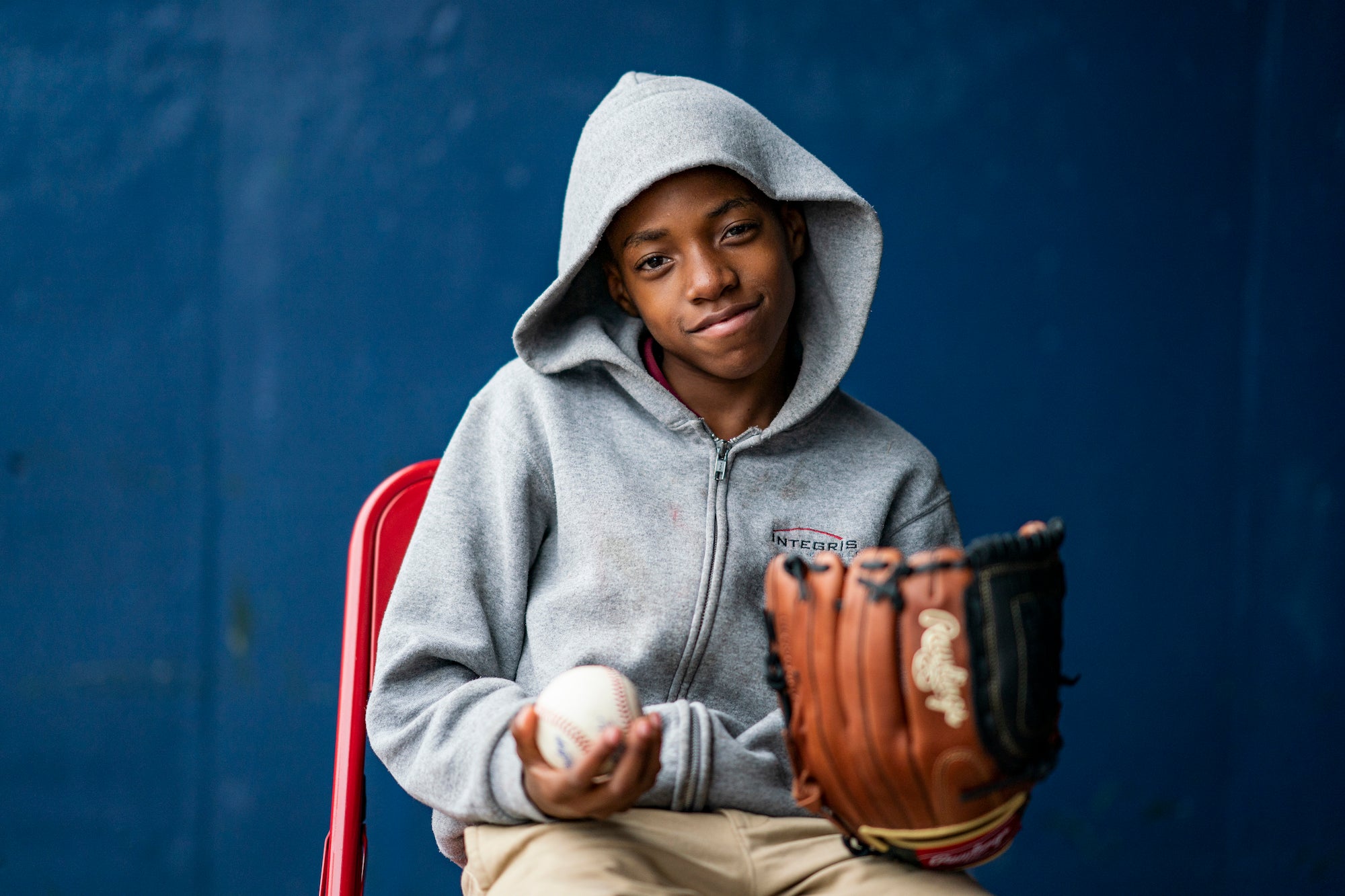 Sony 24-105mm f/4 G: I call this my “walking around lens”. I use this while traveling if walking to dinner, taking a leisurely stroll on the streets of Cuba, or in a situation where I am just going to have one body, one lens and want maximum versatility. The wide focal length provides so much versatility, allowing me to capture a landscape, a portrait or a tight detail. It’s light enough to carry around for the day/evening and I am ready for the unexpected. 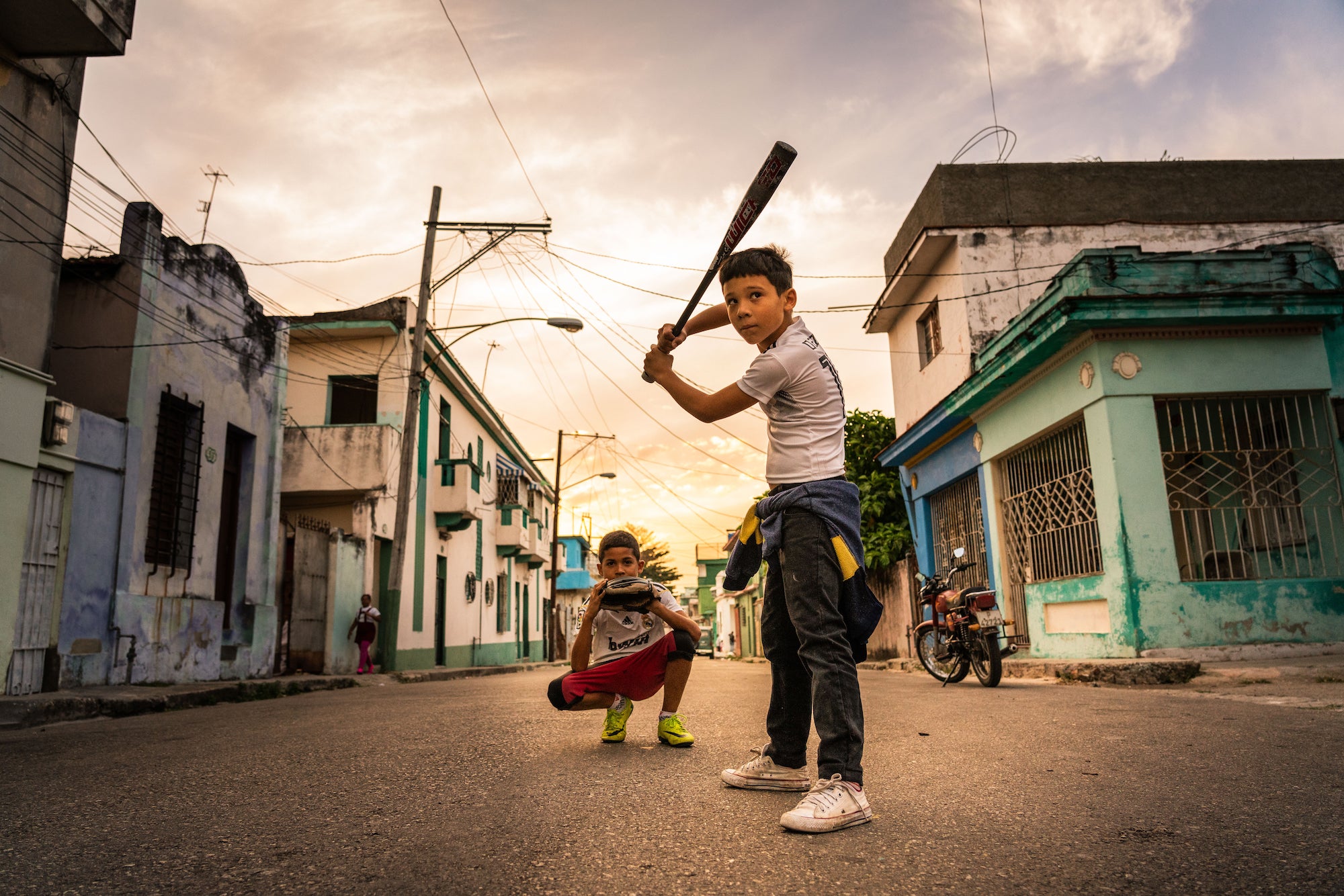 Sony 20mm f/1.8 G: I got this lens a few years ago and though I don’t use it often, it’s a handy lens to have when you are looking to stay compact and light. It’s a fun prime to use for pre-game, quick candid moments and wide scenes when you need something compact. 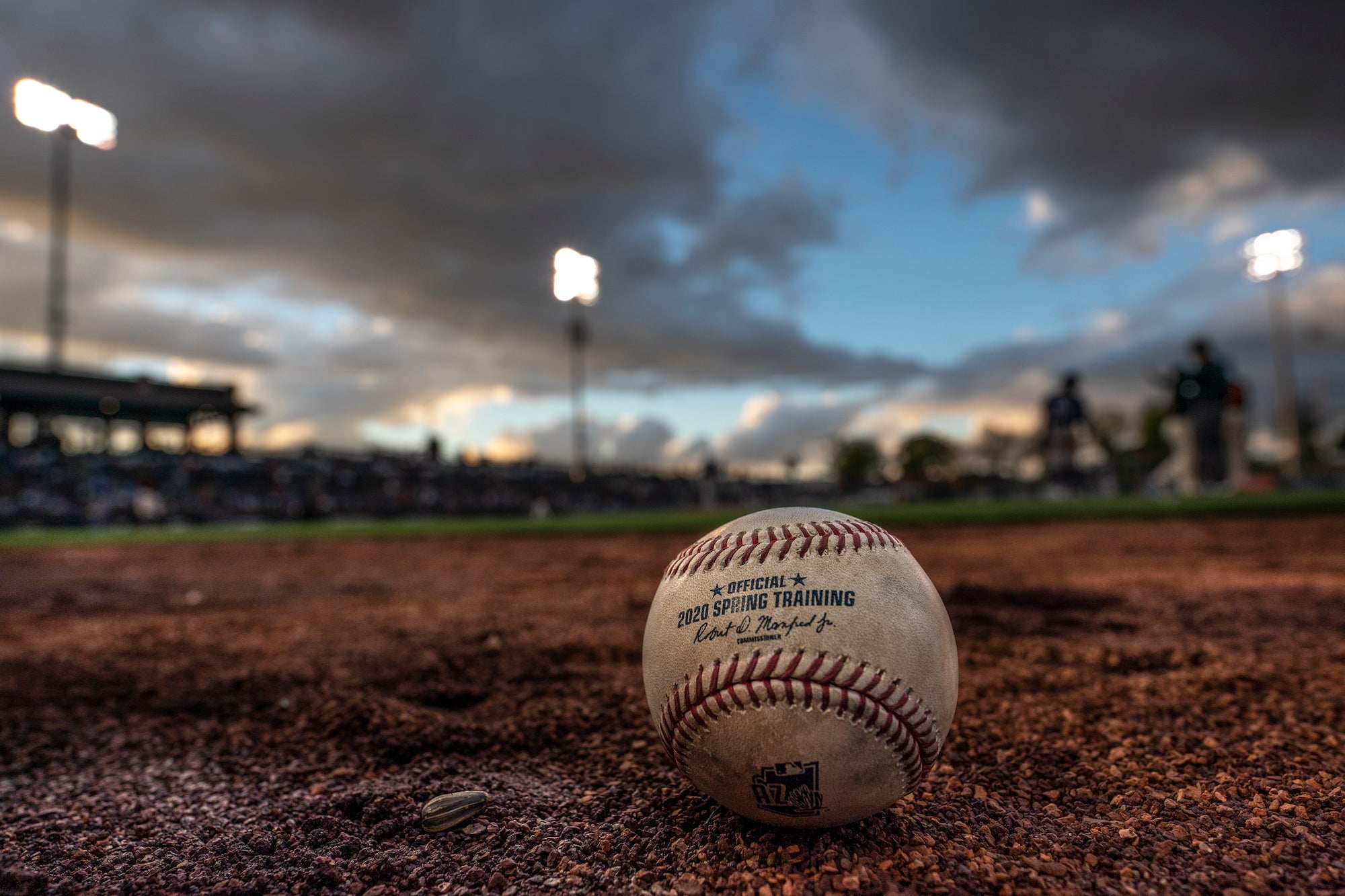 Sony 14mm f/1.8 G Master: Yes, I know it is not in the photo with the rest of my gear. I also can’t tell you how I use it, because I haven’t! I got it June 4 and brought it to a San Francisco Giants game on June 5. The team photographer was so excited about this lens coming out, that I gave it to him to borrow it that day and he still has it! I know he is making beautiful pictures with it, because I see them on Instagram. He let me know that he is also shooting a wedding soon and will return it after that. I am not sure if I am ever getting this lens back, but I know it’s in talented hands being put to good use.

Gitzo Monopod: This Monopod has stood the test of time. It is lightweight and super-sturdy.

Lacie 4TB Hard drive: I am always working with a lot of images at one time while on the road. Having them backed up somewhere besides my laptop as I am still processing them, editing and adding metadata.

Proof Of Vaccination: Many venues require this for field access.

Sony Speaker: A new addition! I just received this nifty gift and it’s about half the size and weight of the speaker I used to have. This one is compact enough to fit in my bag and I enjoy listening to music in my hotel room while I am editing. It’s part of my routine and gets me in a groove to get it done.

Alpha Profile Spotlight: How This Pro Sports Photographer Captures Peak Moments & Why He Switched To Sony 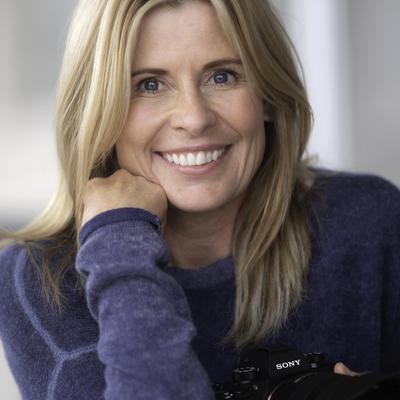 Alpha Profile Spotlight: How This Pro Sports Photographer Captures Peak Moments & Why He Switched To Sony