Produced by the World Photography Organisation, the Sony World Photography Awards is the world’s most diverse photography competition, and this year’s 11th edition saw a record-breaking number of entries. There were over 320,000 submissions by photographers from more than 200 countries and territories. As we close in on the announcement of the winners, World Photography has put out the shortlist of contenders in the Open, Professional, Youth and Student Focus categories. Check out just a few of the shortlisted images below and see all of the contenders at www.worldphoto.org. 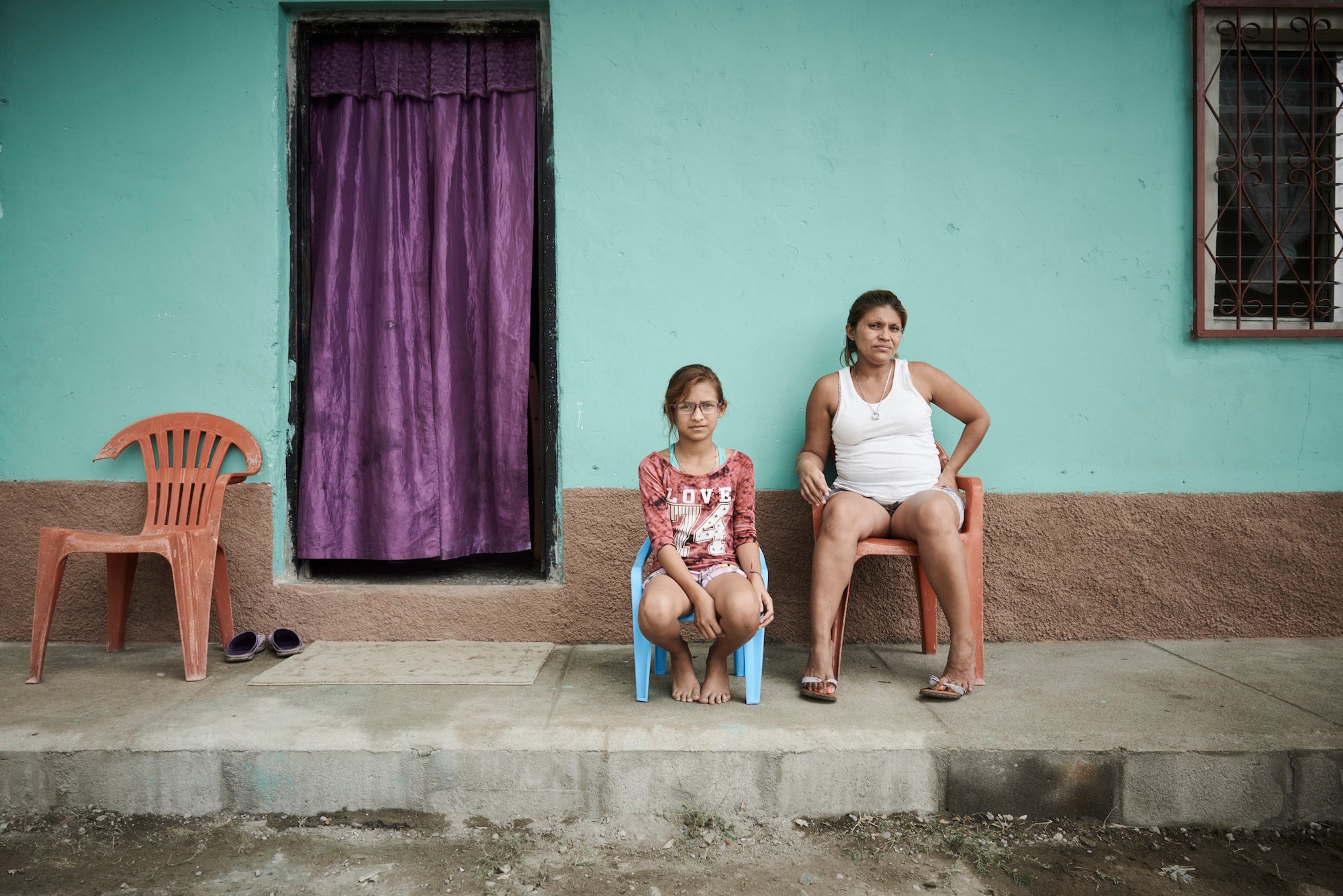 Image Name: Eight month pregnant Sonia is 33 years old. She sits next to one of her two daughters Daniella, age 11.
Photographer Name: Christina Simons
Year: 2018
Image Description: Sonia grew up within the gang world and knew the all the members in her neighborhood. Her partner, a MS13 member and the father of the unborn child has been in prison for 5 of their 6 year relationship. Their baby was conceived during a conjugal visit. The MS13s are support her while her partner is in prison. When asked how she feels she tearfully said, "He (her mother’s partner) is more of a father to me than my biological father ever was. I love him and I miss him." Daniella’s biological father left when she was 7 months old.
Series Name: Resilient rɪˈzɪlɪənt/ adjective:  (of a person) able to withstand or recover quickly from difficult conditions. synonyms: strong, tough, hardy
Series Description: With a very long history of government corruption and violence it is no surprise that Honduras struggles to extract itself from generations of violence and crime. Having fled from civil wars countless Hondurans settled in the United States. Soon after many joined either the Mara Salvatrucha (MS13) or Calle 18 (M18) street gangs which originated on the streets of Los Angeles in the 1980s. In the 90s, the US government began deporting them back to their respective countries where these relocated ‘Maras’ have been running poverty-stricken Honduras into even deeper crisis. In order to survive one must adapt and if the only way to adapt is to join in then that is the way of the Honduran life. Many Women of Honduras often the victims of this life have mostly chosen to join in subjecting themselves to a tougher more frightening life in order to survive today’s starvation and rape for tomorrows gunshot wound, prison sentence or death.
Copyright: © Christina Simons, Iceland, Shortlist, Professional, Discovery (Professional competition), 2018 Sony World Photography Awards 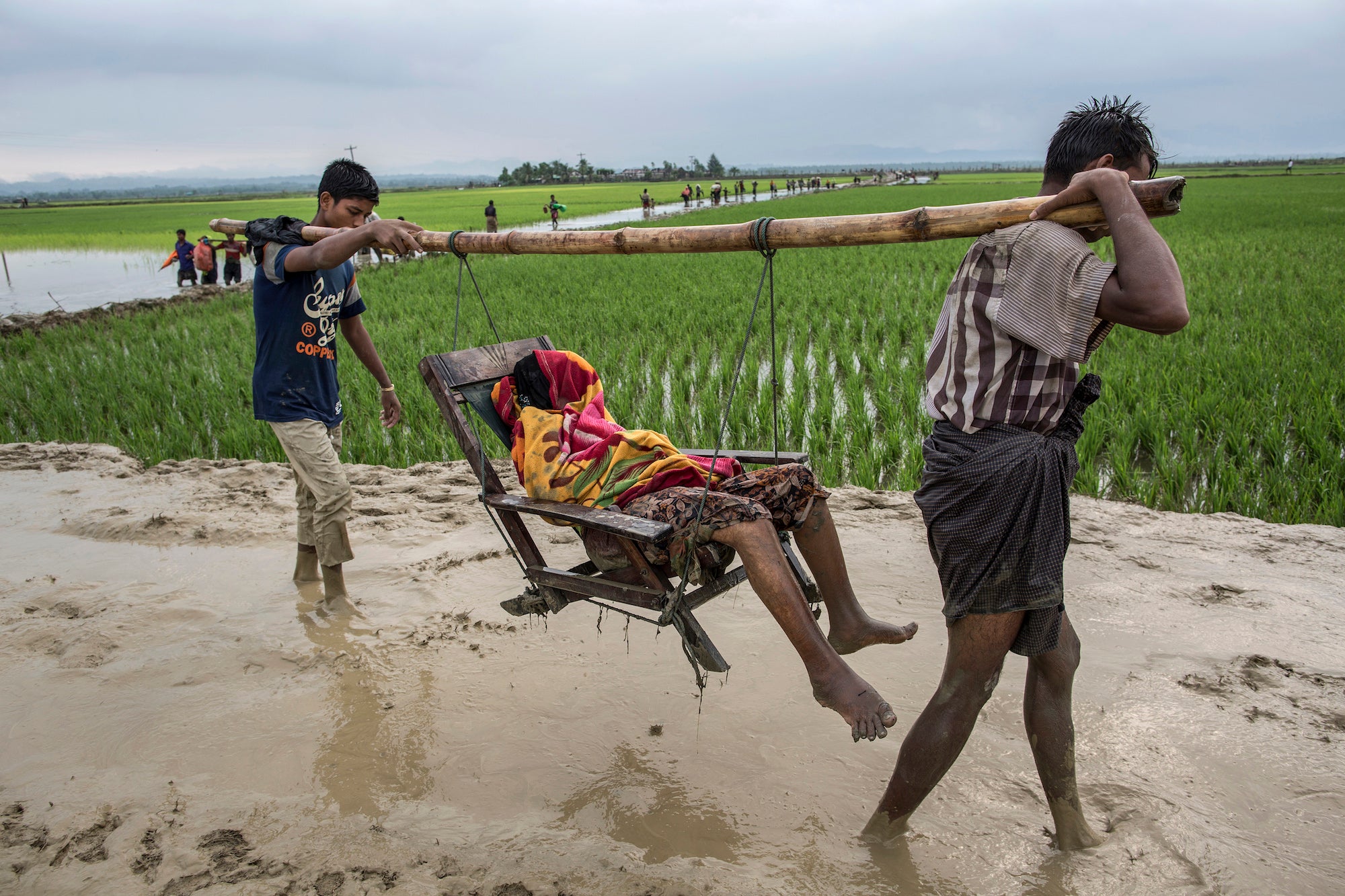 Image Name: Rohingya Refugees in Bangladesh 09
Photographer Name: Probal Rashid
Year: 2018
Image Description: Monwara Khatun(55) is paralyzed and being carried on bamboo by her sons from Mayanmar to Bangladesh. They have crossed the border into Bangladesh on 3 September 2017, after three days of walking to escape violence in their village.
Series Name: Rohingya Refugees in Bangladesh
Series Description: In an arduous journey to cross into safety, the strongest carry the weakest through damp paddy fields and a continuous waterfall. The monsoon rains are heavy and frequent, and make the ground incredibly wet and muddy. As the sun begins to set and night awakens, the most treacherous part of their journey arrives. They have to cross a land mine infested border between Myanmar and Bangladesh. Some people take the risk of traveling in an unstable fishing boat. Some spend days hiding in the forest before reaching the boarder while others wait at the boarder for several days until they feel safe to cross. The journey to Bangladesh was hard for the Rohingya refugees, especially with the little kids. According to the United Nations estimates about 600,000 Rohingya refugees have fled from violence in Myanmar since August 25, 2017. Hundreds are known to have died trying to escape, and survivors arrive with horrifying accounts of villages burned, women raped, and scores killed in this 'clearance operations' by Myanmar's army.
Copyright: © Probal Rashid, Bangladesh, Shortlist, Professional, Current Affairs & News (Professional competition), 2018 Sony World Photography Awards 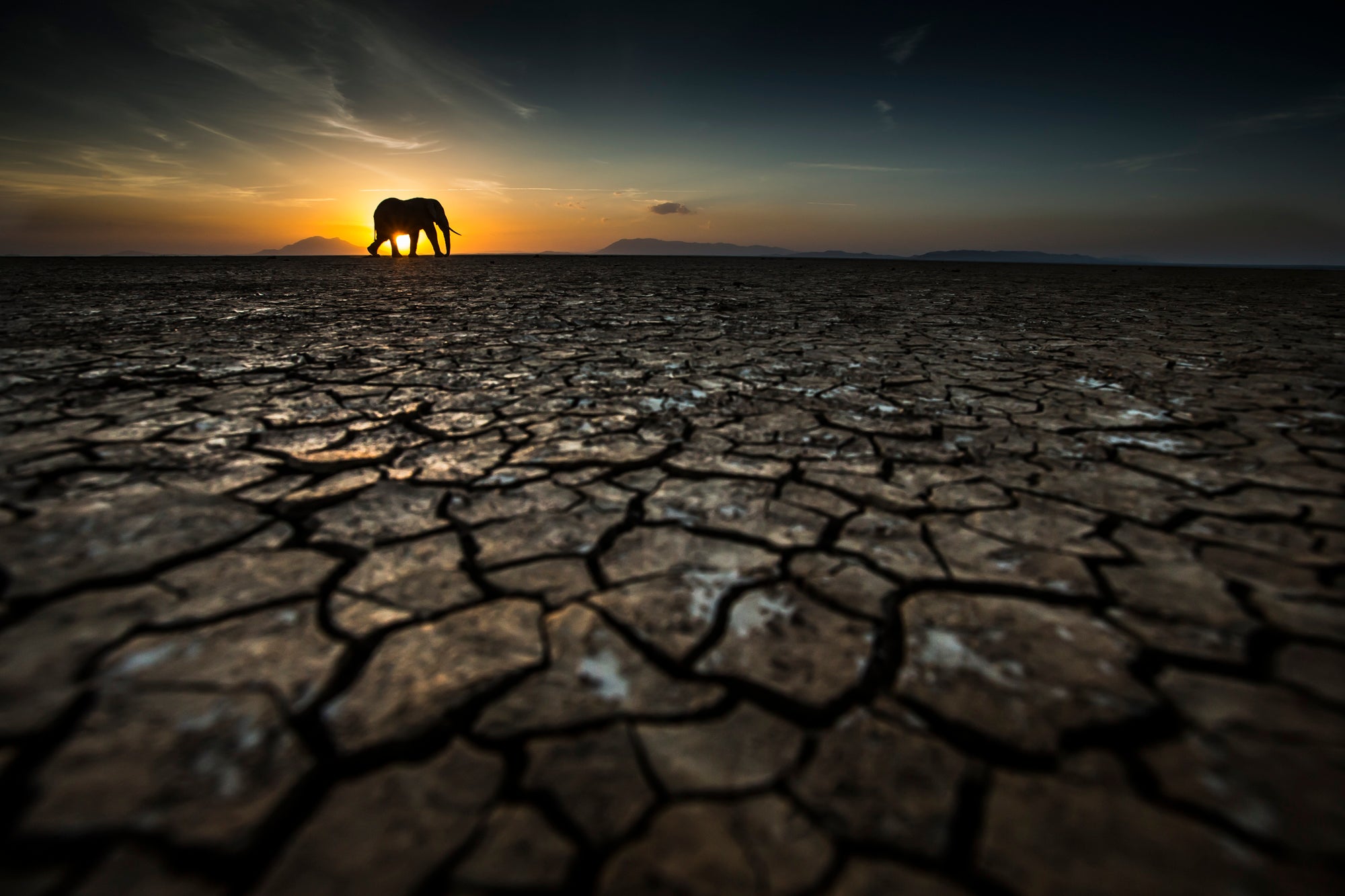 Image Name: Thirst
Photographer Name: Tom Way
Year: 2018
Image Description: Increasingly over the last few years the rain seasons have become shorter and shorter and the droughts more prolonged. Elephants travel from afar to seek refuge under Mt Kilimanjaro whose snowmelt gives life to the lush swamps within Amboseli Park. Elephants traveling into the park from the North West have to cross Lake Amboseli, which is bone dry unless there are extended rains. In 2016 the early rains did not arrive and everyday throughout my stay I would base myself on this lakebed looking for large shapes to be crossing into the park. On this particular evening we spotted a lone bull making its way across the cracked earth. I wanted to include as much of the texture in the foreground as possible to emphasis the severe drought and to signify the reason these mammals are traveling so far to reach the foothills of the mountain.
Copyright: © Tom Way, United Kingdom, Shortlist, Open, Wildlife (Open competition), 2018 Sony World Photography Awards 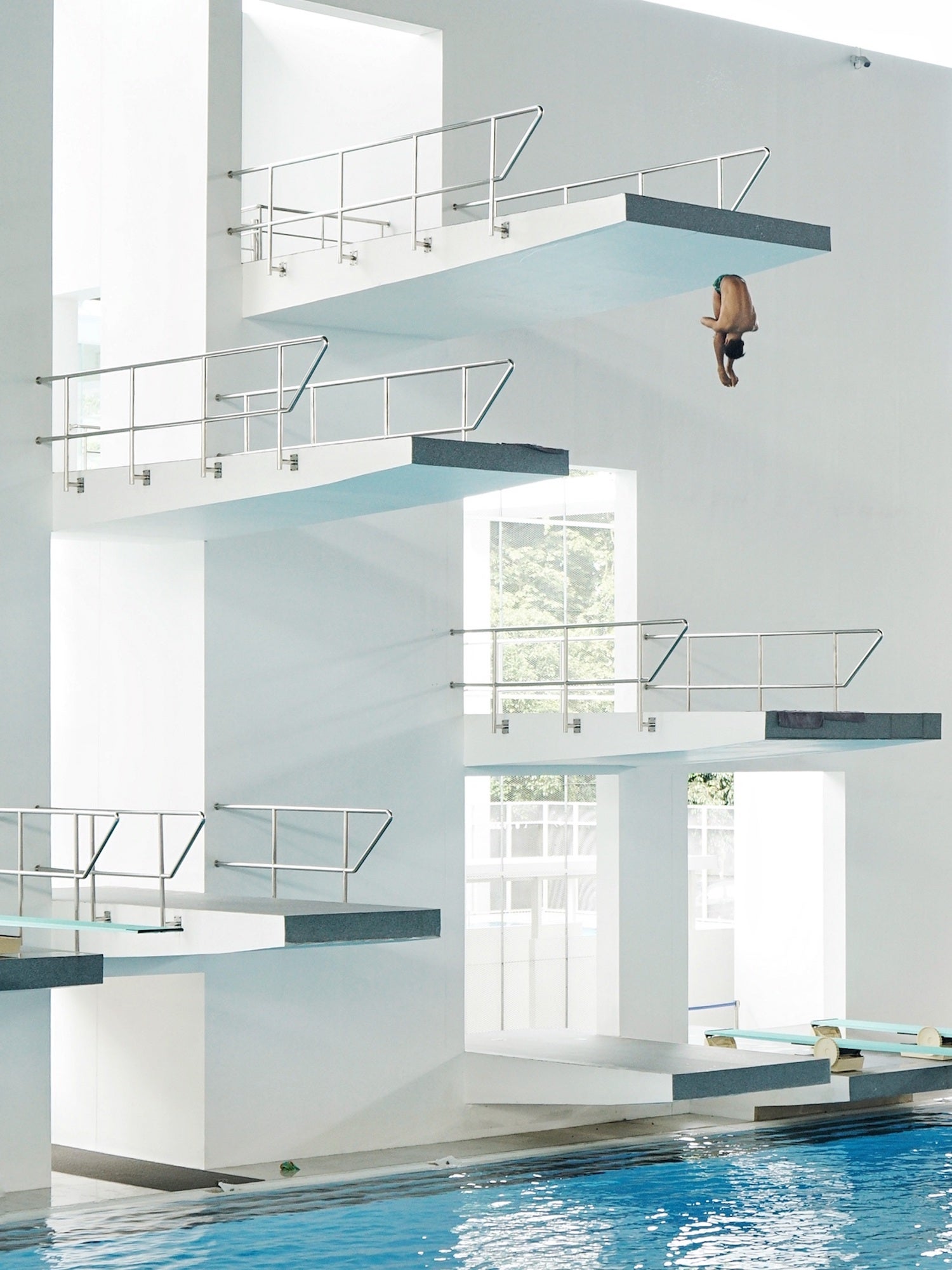 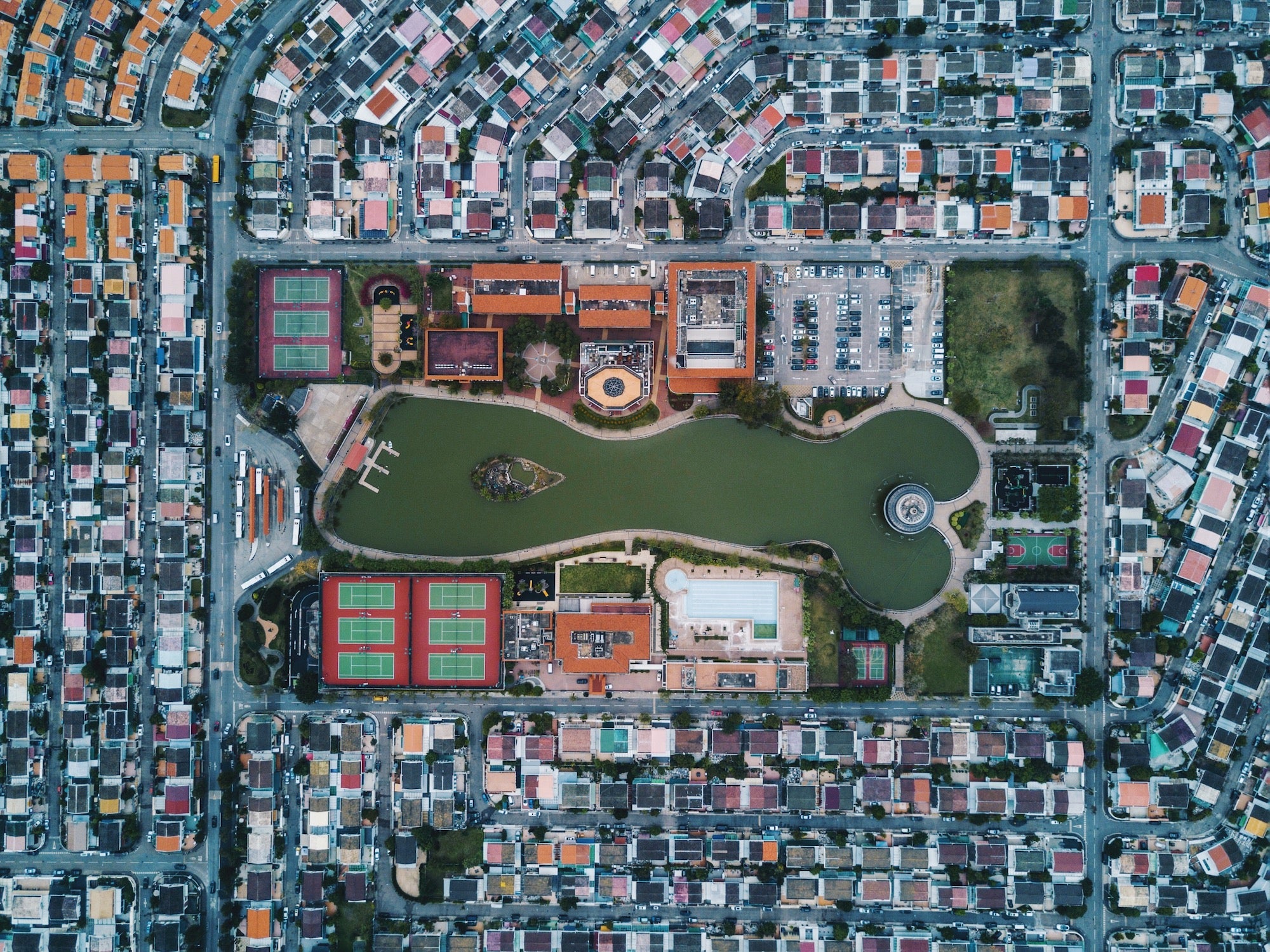 Image Name: Playful Hidden Messages
Photographer Name: Varun Thota
Year: 2018
Image Description: Taken at the outskirts of Hong Kong, this large residential area is supposed to resemble North American type suburbs, with individual homes and even yellow school buses. However, this large lake in the center of it all may have been designed a particular way, which can only truly be recognized from above.
Series Name: We live in a symmetrical world
Series Description: Our world from above, is beautifully symmetrical, whether it be the highways we drive on, the neighborhoods we live in, the high rises we build or the parks we play in. Shot with a drone through my latest travels to Guangzhou, London, Macau and Hong Kong, aerial photography has taken photography to new heights, allowing me to see world through a whole new perspective.
Copyright: © Varun Thota, India, Shortlist, Professional, Landscape (Professional competition), 2018 Sony World Photography Awards 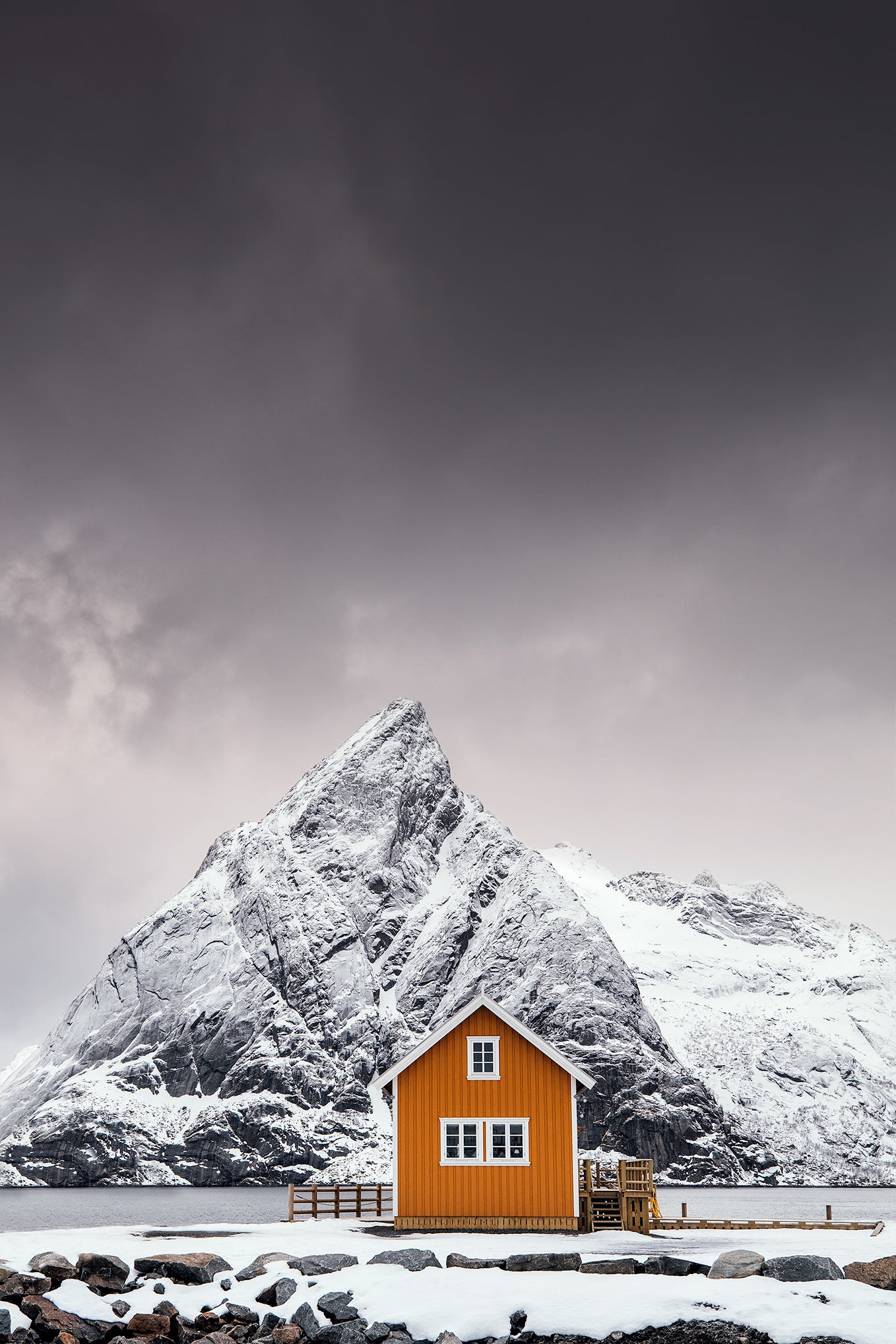 Image Name: Shapes of Lofoten
Photographer Name: Mikkel Beiter
Year: 2018
Image Description: This composition is quite popular amongst photographers at the moment and it's easy to understand why! The beautiful Mount Olstinden has almost the same shape as the roof of this cute yellow cabin and the yellow color creates some amazing contrast to the snow covered mountain. This place can be found in the Lofoten Archipelago at the small island named Sakrisøy. I've removed a small cabin in the left side during post process. Beside that, color correction, contrast and sharpness has been done in Lightroom and Photoshop.
Copyright: © Mikkel Beiter, Denmark, Shortlist, Open, Travel (Open competition), 2018 Sony World Photography Awards 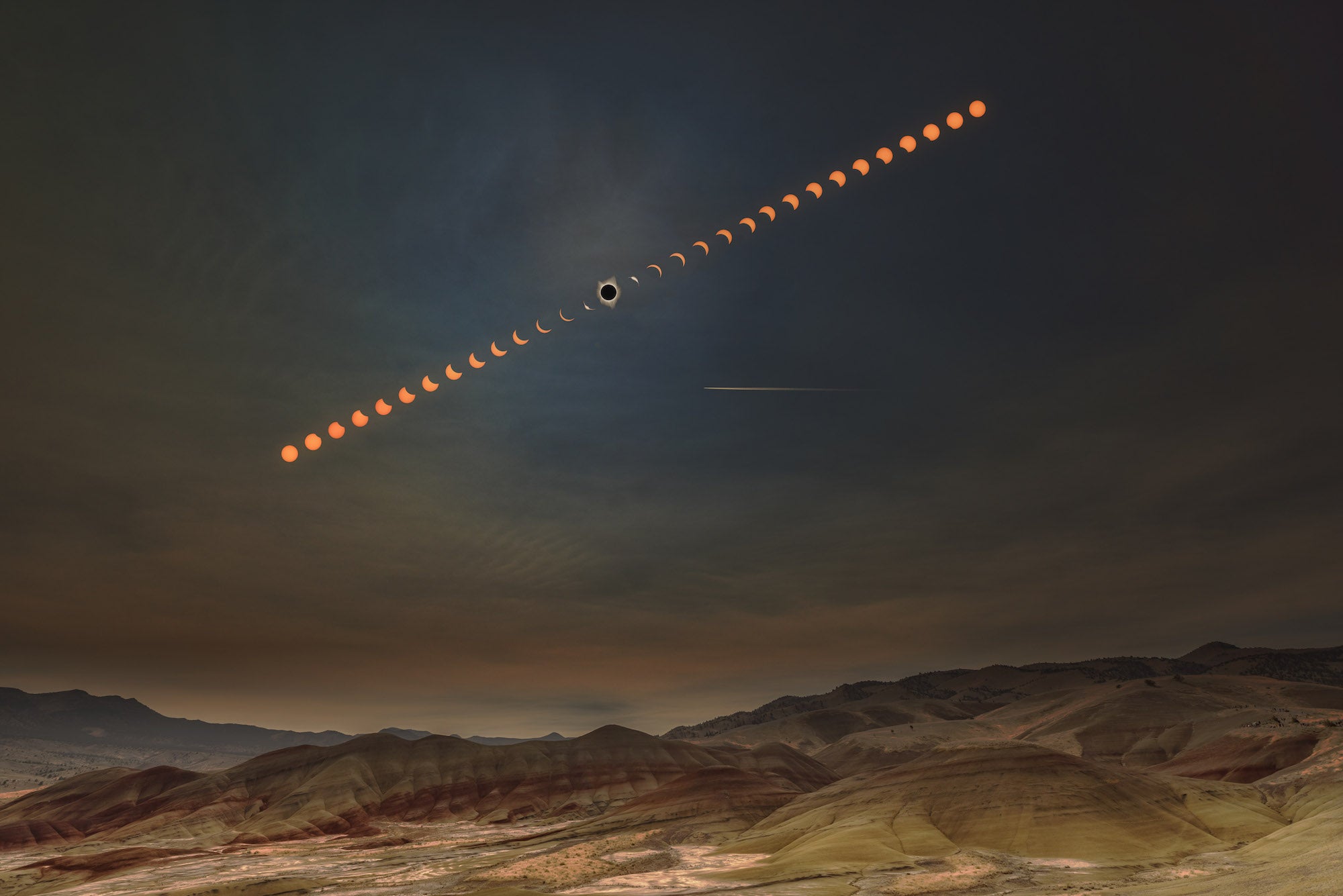 Image Name: Solar Eclipse Sequence
Photographer Name: Wenjie Qiao
Year: 2018
Image Description: It was a lifetime experience to witness a solar eclipse. We got such a chance on August 21, 2017. I went to Painted Hills in Oregon in order to capture the Solar Eclipse. The whole sequence happened just above the main scenic view of the Painted Hills. The whole sequence lasted for several hours but the full eclipse only lasted for two minutes. Everyone around me is shouting and jumping. It was like a whole different world, unforgettable. This picture was processed to reproduce what I saw on that day at that moment.
Copyright: © Wenjie Qiao, United States of America, Shortlist, Open, Enhanced (Open competition), 2018 Sony World Photography Awards 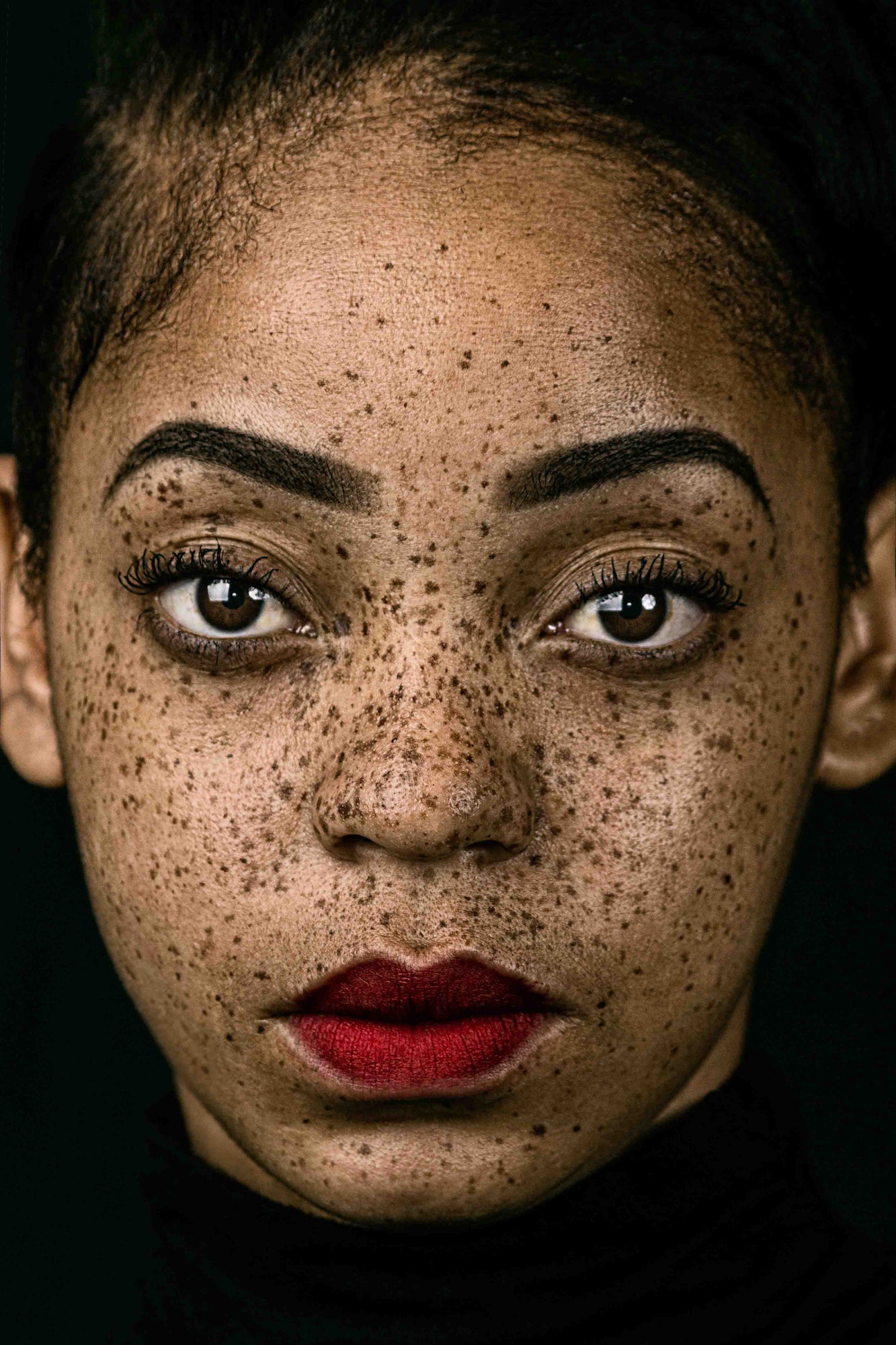 Image Name: Redivine
Photographer Name: Sphiwo Hlatshwayo
Year: 2018
Image Description: A portrait of a woman with freckles taken earlier in 2017. This image was taken in studio using two soft lights (softness altered in post production). This image was taken because I simply found the model to be beautiful. She caught my eye at an event and I had to bring her into the studio so I could capture every single freckle on her face.
Copyright: © Sphiwo Hlatshwayo, South Africa, Shortlist, Open, Portraiture (Open competition), 2018 Sony World Photography Awards