See the shortlisted photographers in the Student & Youth competitions for the Sony World Photography Awards 2020.

The World Photography Organization announces today the shortlisted photographers in the Student competition and new information about photographic projects by Sony Student Grant 2019 recipients. Also included are details of photographers shortlisted in the Youth competition. Works by Student and Youth shortlists and Student Grant recipients will go on display as part of the Sony World Photography Awards 2020 exhibition at Somerset House this April.

The Student shortlist features bodies of work by ten students at leading higher education institutions from across the world. Students were challenged to submit a series of five to ten images responding to two different briefs. All ten shortlisted photographers have won Sony digital imaging equipment to help complete their project with the Student Photographer of the Year winner due to receive €30,000 worth of Sony photography equipment for their institution.

The first brief Invisible Lines asked students to engage with the stories of people trying to break invisible barriers and structures whether natural, social or intellectual. Reyad Abedin’s (Bangladesh, Counter Foto - A Center for Visual Arts), The Name of My City is Dust and Smoke and Life features images of his native city Dhaka in which rapid infrastructure development and the eroded boundaries between nature and manmade constructions has had a devastating effect on the ecological balance of the environment in and around the city. For her project The Truth is in The Soil, Ioanna Sakellaraki (Greece, Royal College of Art) dwelled with the traditional communities of female professional mourners, or moirologists, inhabiting the Mani peninsula in Greece. Responding to personal grief and loss, Sakellaraki’s images depict the silhouettes of the mourning women projected against abstract backdrops which convey our relationship to and acceptance of death.

The second brief, Sustainability Now, tasked students with producing a body of work connected to environmental sustainability. Highlights include Guardians by Fangbin Chen (China Mainland, Qilu University of Technology), which records efforts by the photographer’s local community to contain the spread of coronavirus. Referencing the predation of wild animals as the likely source of the epidemic, Chen’s photographs urge people to reconsider their relationship to the natural world. In Roots of Cause, Arantza Sánchez Reyes (Mexico, LCI Monterrey) reflects on the efforts of individuals living in Monterrey, Mexico, known as one of the most polluted cities in Latin America, to strike a renewed balance with nature by practicing a more sustainable lifestyle.

This year’s Student shortlist was judged by Tim Clark, curator, writer and Editor in Chief 1000 Words.

Chosen from the Student competition shortlist of the Sony World Photography Awards 2019 the latest Sony Student Grant recipients are Joel Davies (UK), Sam Delaware (USA) and Tobias Kobborg Kristensen (Denmark). Each photographer was given $3,500 (USD) and asked to use their Sony cameras to produce a project in response to the brief of Changing Cities, an exploration of green initiatives across different cities.

The resulting projects will be exhibited at the Sony World Photography Awards 2020 exhibition and include:
We Reap What We Sow by Joel Davies depicts at the work of the Freightliners Farm, a charity operating in the borough of Islington, London – the most densely populated district in the UK. Davies’ images document the volunteers and visitors for which the farm acts as a much needed green space and communal support. Cellular Culture by Sam Delaware features innovative research undertaken by JUST Inc. a food manufacturing company based in San Francisco, looking to turn to lab grown meat to mitigate societies’ impact on earth’s natural resources. Green Copenhagen by Tobias Kobborg Kristensen features the efforts and initiatives by the city’s officials and residents towards reaching their goal of becoming the first carbon neutral capital by 2025.

This year, the World Photography Organisation introduced a new format for the Youth competition 2020, which aimed to give more opportunities to young photographers and resulted in more than a 50% increase in entries. Running from June to December 2019, entrants were asked to submit up to three images relating to a specific theme each month. Themes included Landscape, Travel, Portraiture and Street Photography. Each month a new category winner was announced and added to the shortlist for the Youth Photographer of the Year 2020 award. 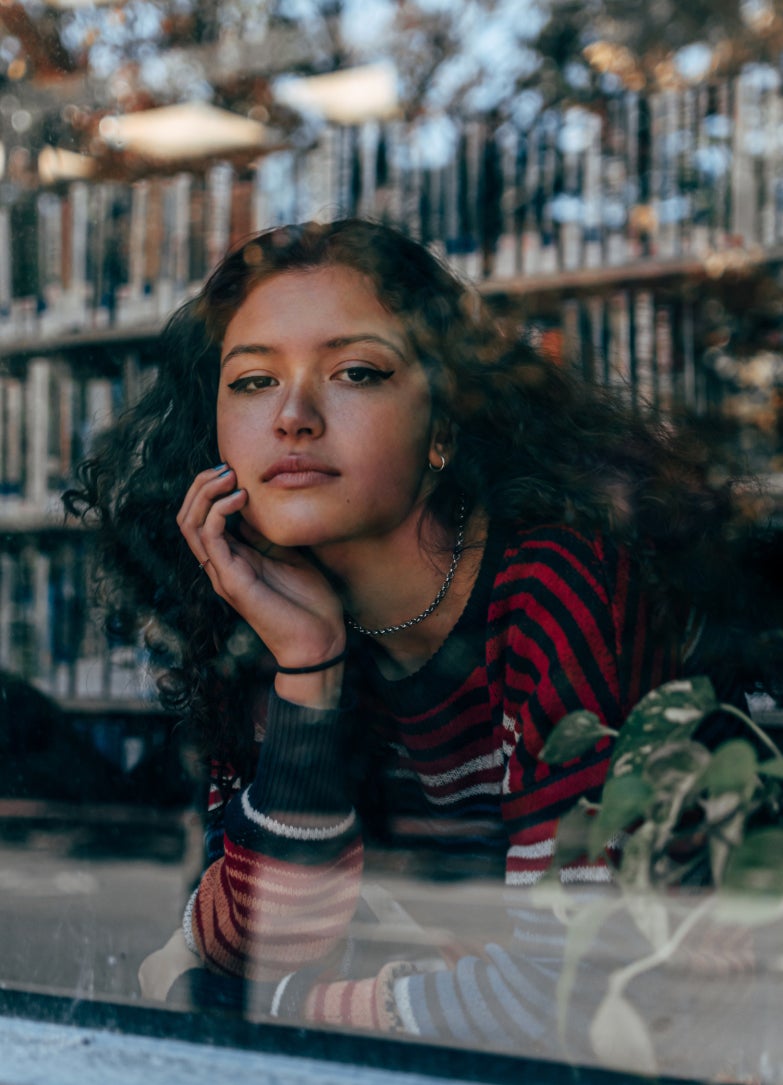 Jason Chen’s (USA, 17yrs, Landscape, June 2019) photograph features a majestic scene of the river and waterfall known as the Grand Canyon of Yellowstone. Through his image Dita Suci Putri Rahmawati (Indonesia, 18yrs, Environment, July 2019) wishes to raise awareness about the polluted and dangerous living conditions in TPST Piyungan in the Bantul Regency of Yogyakarta. Bruce Bai (China Mainland, 17yrs Nature & Wildlife, August 2019) presents a black & white picture of the tranquil surface of Qinghai Lake in China. Ram Kaushalyan’s (India, 17yrs, Travel, September 2019) image depicts the face of a young woman preparing for the Maha Shivaratri Festival in Kaveripattinam, an annual celebration in honour of the Lord Shiva. For her shortlisted portrait Kolton Almany (USA, 16yrs, Portraiture, October 2019) decided to photograph her model in a library setting to represent the various chapters and stories in people’s lives. Hsien-Pang Hsieh (Taiwan Region, 19yrs, Street Photography, November 2019) uses his image, of a man seemingly walking hurriedly but in fact standing still, to comment on the intensive pace of life and encourage others to slow down from time to time. Liam Moynihan’s (USA, 17yrs, Open Call, December 2019) high contrast black & white photograph features the dark outlines of three boys playing ‘roofball’ at a summer camp, Worton, Maryland. 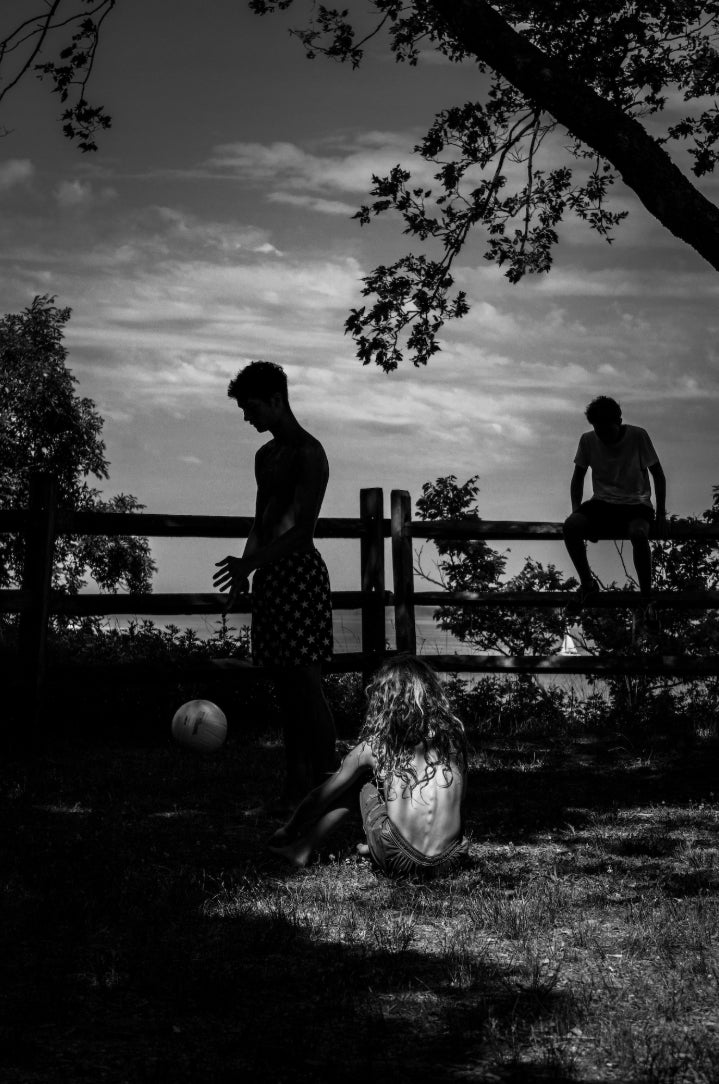 Youth Photographer of the Year is chaired by Gisela Kayser, Managing Director and Artistic Director, Freundeskreis Willy-Brandt-Haus e.V., Berlin. Alongside worldwide exposure with today’s leading image-makers, the winner will receive a range of Sony digital imaging equipment to nurture their vision.

The Awards showcase the works of winning and shortlisted photographers at a prestigious annual exhibition at Somerset House, London. To book tickets please visit worldphoto.org/sony-world-photography-awards-exhibition.