Alyssa Chiampi (@amc811.photos) is full time high school math teacher with a deep love for photography. “Photography has become a passion of mine, and I enjoy photographing cityscapes, landscapes and wildlife. Recently I have become interested in photographing the moon and sun as they rise and set next to different subjects to create dramatic images. By using a telephoto lens, the further you are away from your subject, the bigger the moon and sun look.” She captured this shot of the moon behind One World Trade Center building in New York City with her Sony Alpha 7R III and Sony 200-600mm f/5.6-6.3 G lens. We connected with her to learn more about how she did it – read her story behind the shot below. 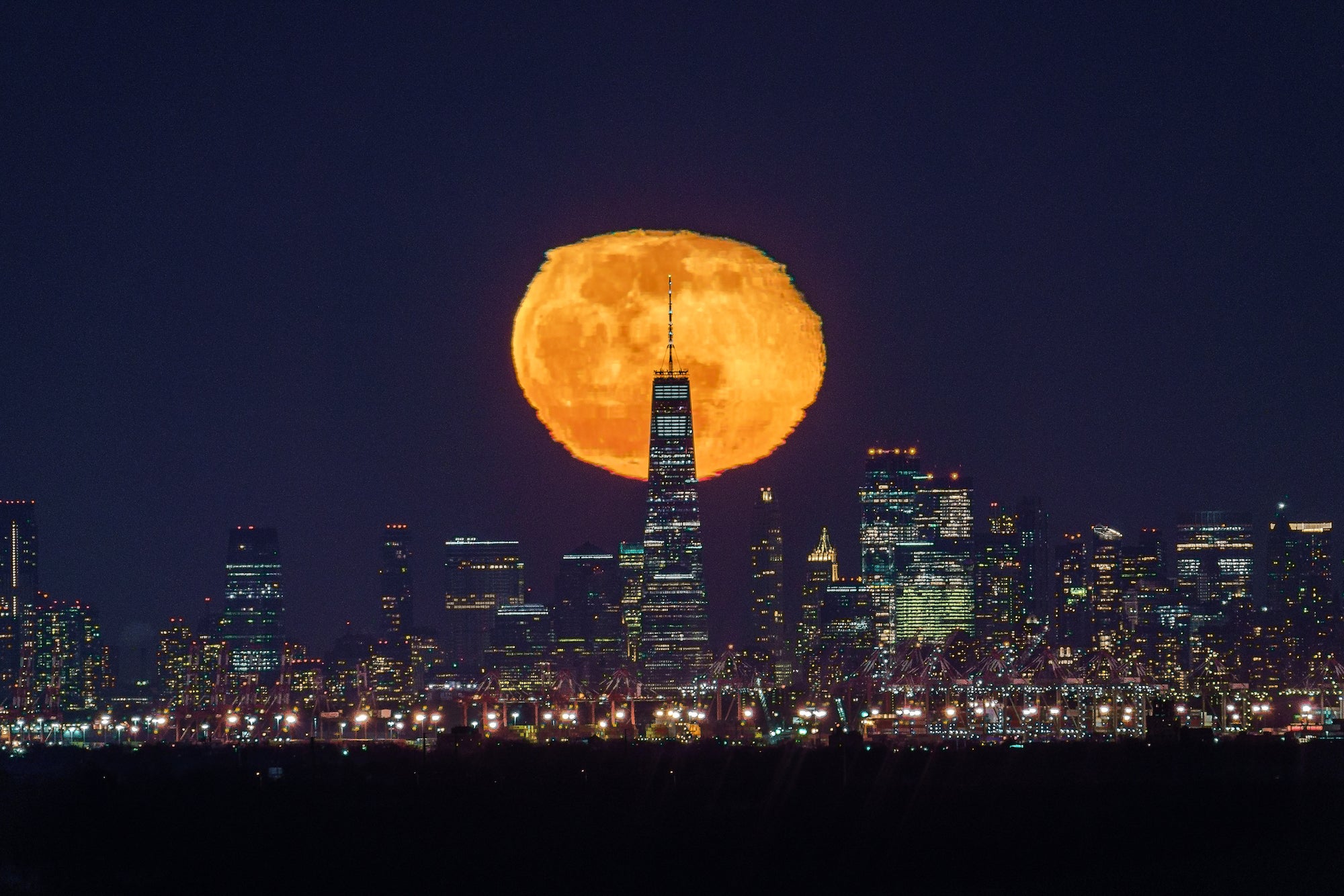 We get the inside story how this view of the moon behind One World Trade was taken from 25 miles away by a high-school teacher / photographer with her Sony Alpha 7R III and Sony 200-600mm f/5.6-6.3 G lens.

This composition of the moon aligning behind One World Trade Center only happens a few times a year, and when it happened in the fall of 2020, the moon was blocked by a layer of clouds and haze just before it reached the center of the World Trade Center. The shot wasn’t what I had envisioned so that only meant one thing - search for the next possible date for this alignment. Luckily it was happening again in three months, on January 30, 2021 with a 94% illuminated waning gibbous moon. Living in the Northeast, a clear sky is never a guarantee! And the forecast for this night seemed perfect to capture the shot; it was a cold clear night on the eve of a major winter snowstorm that dumped over a foot of snow in New York City.

For this shot I used my Sony Alpha 7R III camera with a Sony 200-600mm f/5.6-6.3 G super-telephoto lens. The 42.4 MP of the Alpha 7R III paired with the high resolution of this lens produced outstanding image quality and being 25 miles away from my subject, I needed as much reach as possible!

These types of moon alignment photos require a fair amount of research, planning and a little bit of luck. I usually start with researching locations that offer vantage points in Google Maps and Google Earth, then check for possible moon alignments by looking at the placement of the moon. Next, I plan the photo using the app PhotoPills. The app tells you the information you need including the exact location of the moon and the height and the diameter of the moon from a specific location.

I arrived at the park about an hour before moonrise to secure a spot to shoot from and set up. A rare moonrise like this is sure to draw a crowd, especially around New York City! In order to make sure my shot was in focus, I used a tripod and the Sony RM-SPR1 remote commander to trigger the camera’s shutter to avoid camera shake. I used the settings of 0.6-sec, f/8 and ISO 640. The challenge of shooting a scene like this is to find the right combination of settings to balance the bright moving moon over a small dark city 25 miles away.

The dynamic range of the Sony Alpha 7R III definitely allowed me to push the limits and recover a lot of details in the highlights and shadows in post-processing. Once I had my single image I used Lightroom and Photoshop for some basic edits to adjust the light, color, effects and detail of the image. The moon has a slightly distorted look causing it to look elongated with jagged edges from atmospheric refraction, the effect of light traveling through different densities and temperature of air.