Ashley Canay (@ashleycanay) was born and raised in Tampa, Florida and she attended Blake High School of the Arts. That's where she first got into photography and videography. "I first learned about videography in school at the age of 15," she says. "From there I kind of stumbled into photography when I started doing weddings. Since then, I have met so many awesome people and seen some beautiful places." Ashley shoots with a Sony Alpha 7R II, and she used it with her Sony 35mm f/2.8 to create this elegant, classic bridal portrait. She tells the full story behind the shot below. 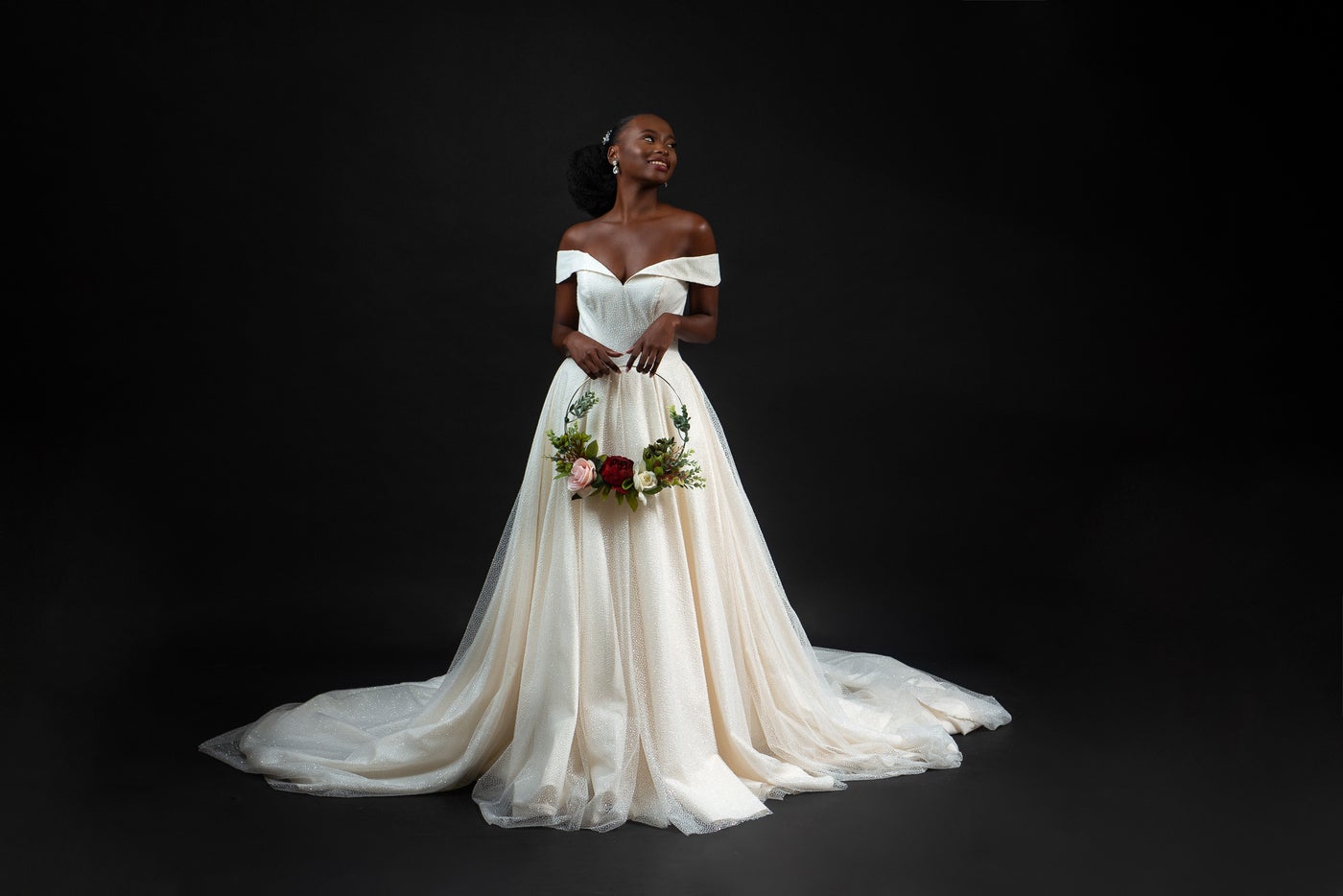 This shoot was at Royal Bridal, a bridal shop owned by a Black dress designer from Ghana named Eko (pronounced 'echo') Anderson. The dress in the photograph was designed and created by her and the photos are for the reveal.

I used the Sony α7R II and Sony 35mm f/2.8 to create this photo. I love the sharpness prime lenses have to offer. I own three Sony prime lenses, a 28mm, 35mm and the 55mm. Out of those three, the 35mm provided the angle of view that I was looking for, while preserving as much detail as possible. I chose to use my Sony α7R II camera because with the 42.0 MP sized sensor allowing much more flexibility when cropping photos.

How I Got The Shot: Camera Settings & Lighting

Eko wanted a black backdrop and I knew shooting dark skin on black could be a bit of a challenge, but we knew it could be done. I brought my backdrop and lighting and then we created this look right inside the bridal shop. There is a light directly in front and a little to the left of the model and a GODOX AD 200 to the right that is directed into an umbrella bouncing back onto her. The Black Savage Backdrop was elevated using regular backdrop rods. 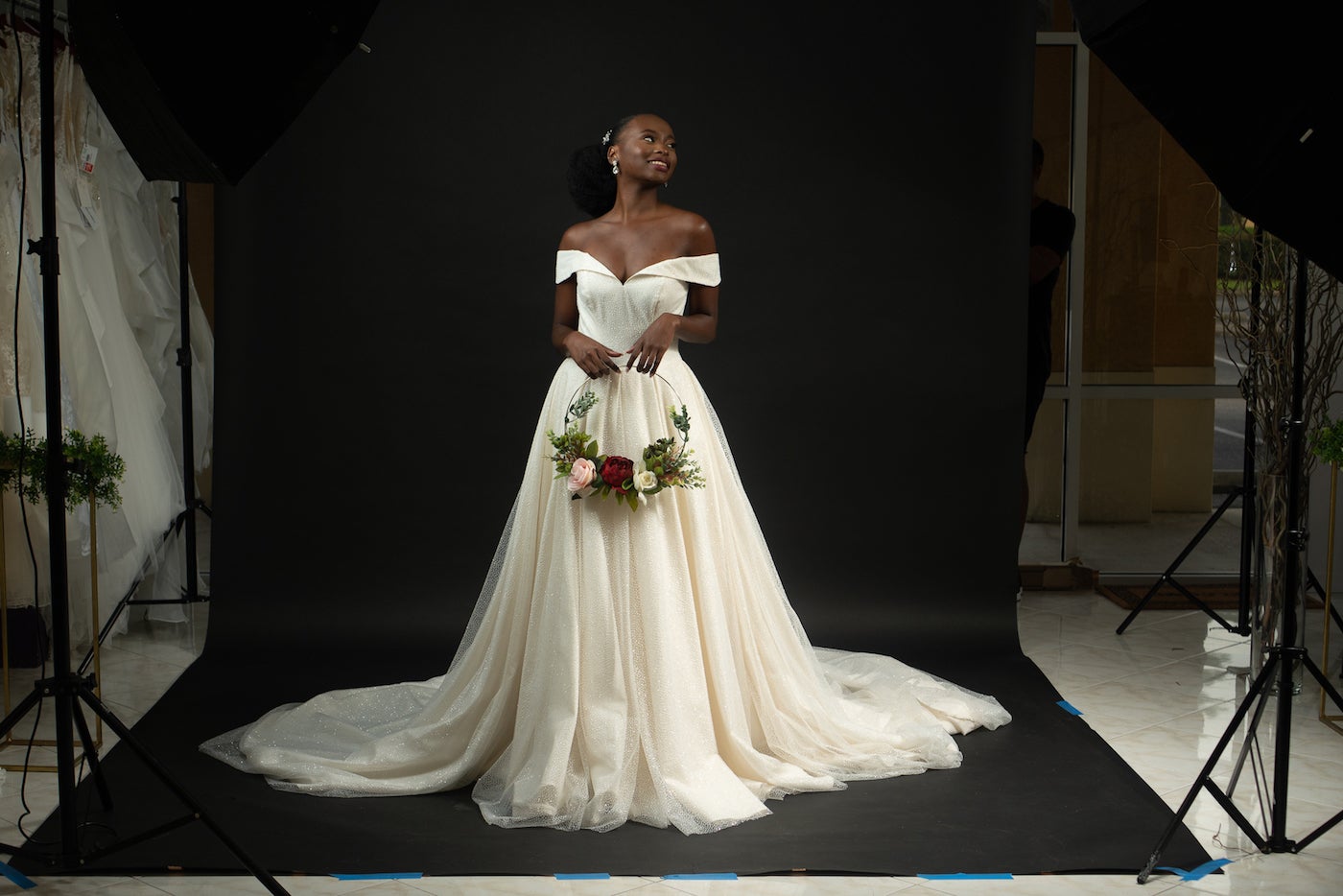 I knew there was going to be a lot of empty space around her, so I asked her to look up. The bride candidly posed herself and I pressed the shutter button in between her movements. I used Zone Autofocus and selected the center of the frame to make sure that the dress as well as the model was in focus. My settings wewre 1/125-sec, f/4.5 and ISO 250. I always shoot RAW and make sure to expose for the brightest spots within the frame. The Alpha 7R II does a great job preserving dark areas – the dynamic range is just incredible. The model's skin and the dress created a beautiful contrast.

I first brought the photo into Adobe Lightroom and adjusted the color. Then I brought the photo into Photoshop where I cleaned and filled in the areas that fell outside of the backdrop. I used the stamp to clean and then Selection, Fill, Content-Aware for the areas that fell outside. Then I evened out her skin using frequency separation. To put the finishing touches on the photo, I did a little bit of dodging and burning. 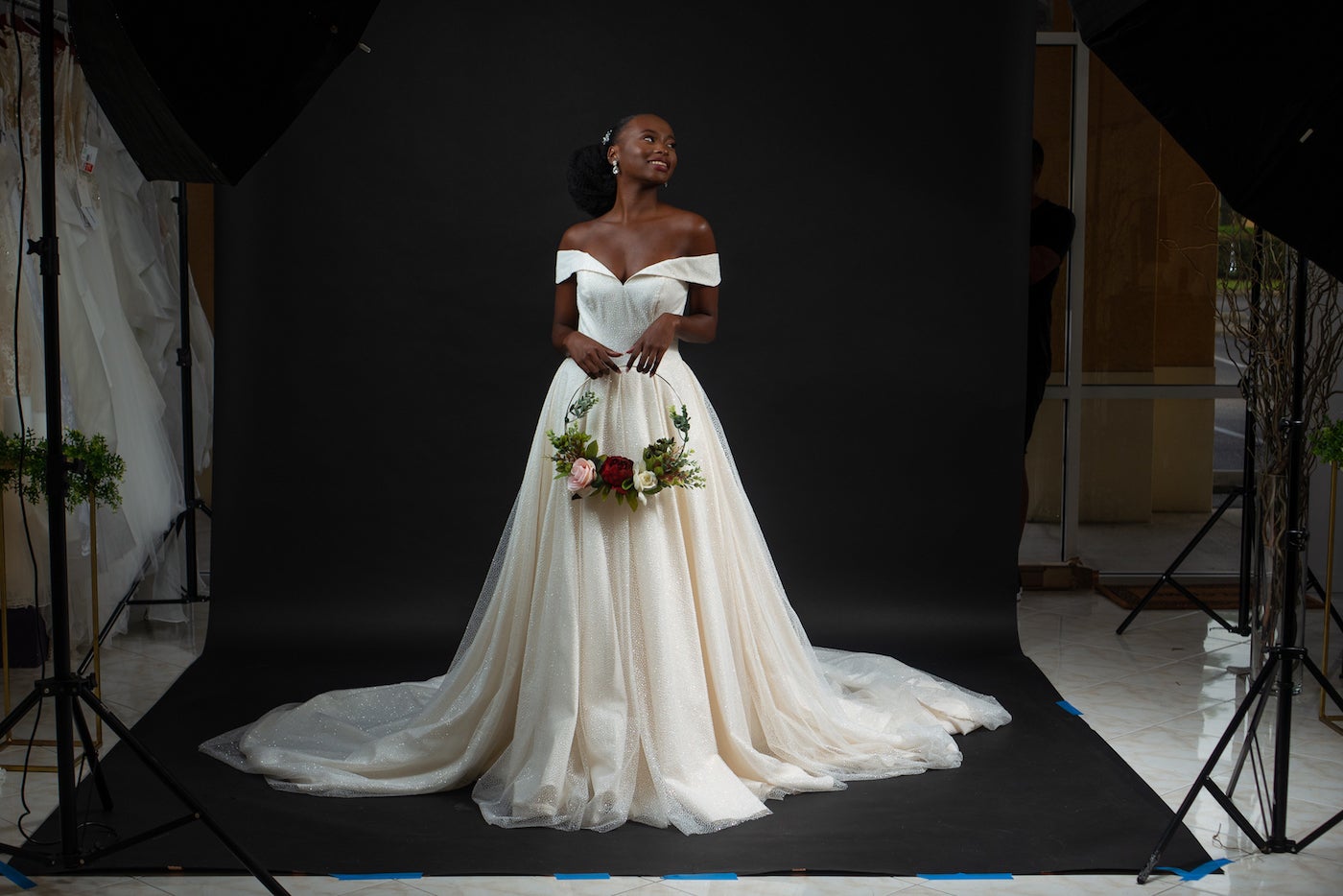 After final adjustments and application of Content Aware Fill on the sides of the frame. Photo by Ashley Canay.