Alpha Collective members Eric Rubens (@erubes1) and Garrett King (@shortstache), along with fellow Sony photographer Cas Sheridan (@cassheridan), just set out on a unique trip to capture the historic piers of California’s coastline. They will be on the road for nine days and plan to capture all 38 public piers from San Diego to Crescent City, where you can find some of the most beautiful coastline in the world. Equipped with Sony’s α7R III, the brand new Sony 24mm f/1.4 G Master lens, Sony TOUGH SD cards, Sony SSD HD’s, and a Sony RAID, their goal is to bring awareness to the beauty and history behind these piers along the California coast.

"This project, for me, is both a dynamic challenge and an incredible way to discover California in its entirety." -Garrett King (@shortstache) on the #BeyondThePier project. 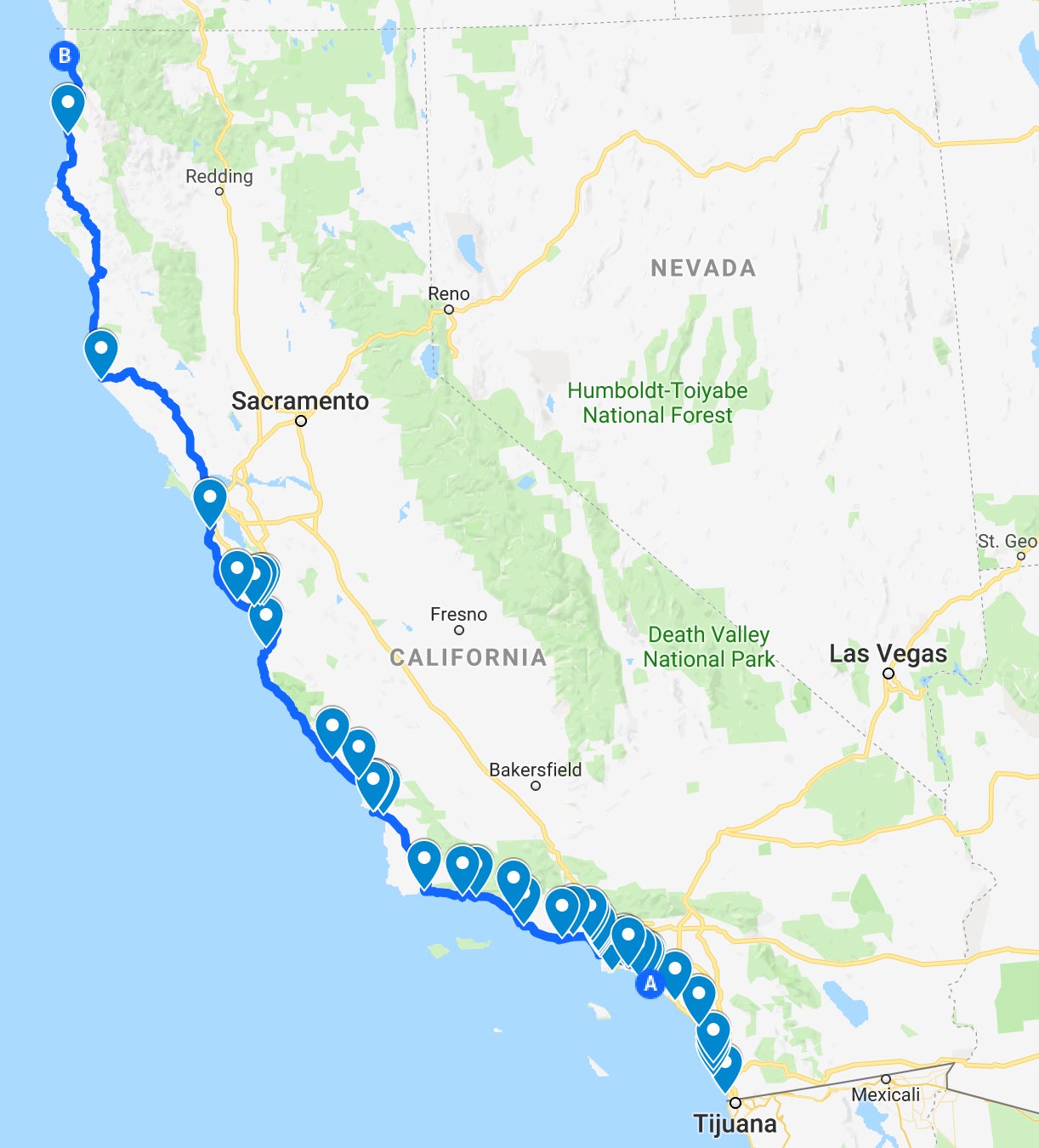 “The whole idea of this trip came about one day when Eric, Garrett and I were shooting near Laguna Beach, California,” said Sheridan. “We started talking about the piers and how it has always been a dream of Eric’s to capture all 38 public piers along the coast of California. At this moment we realized this would be an amazing opportunity to show the diversity, culture and architecture of the different piers. I’ve only been living in California for four months and I’ve realized that piers are a fundamental part of California’s culture. Each one has its own unique history and beauty, which we hope to capture along this trip.”

Rubens has visited quite a few of California’s piers already, but after researching realized just how many more existed that he had never seen.

“This project has been a dream of mine for a long time,” said Rubens. “Growing up in San Diego, life revolved around the beach. When I was starting to learn photography, I’d drive from my work to Scripps Pier every day for sunset to shoot surfers coming in and out of the water. I fell in love with how every day was a new scene and challenge to create something different than the prior day.”

"California in itself has always been a distant destination for me,” said King. “I’m from Texas and always wanted to experience the beach life, so here I am. This project, for me, is both a dynamic challenge and an incredible way to discover California in its entirety. What better way to do it than with like-minded creatives such as Eric and Cas?”

Documenting 38 different piers along the California coastline in a matter of nine days isn’t exactly an easy task, but the three are clearly up for the challenge. More than anything, they look forward to the experience and the opportunity to show more people the story behind these piers.

“Challenges are ahead of us like the race against daylight, moonlight and all the weather that comes with it,” said King. “We plan to show off each pier in a different manner. The piers will be captured at all times of the day in whatever weather condition we are faced with. That’s the beauty. We have a goal and a plan, and it’s time to go after it. This trip is about showing the diversity of creativity amongst our minds and our gear. You don’t need perfect conditions to photograph. We are about to show the beauty for the everyday person.”

Follow along on their journey to capture all 38 of California’s public piers at #BeyondThePier.

The Alpha Collective Captures A Side Of Scotland You've Never Seen

The Alpha Collective Captures A Side Of Scotland You've Never Seen