Bob Martin is a legendary sports photographer who’s famous for shooting action and creating dynamic and graphic images that stop viewers dead in their tracks. He has over 30 years of experience and has photographed just about every major sporting event in the world; from the last 13 Summer and Winter Olympics, to elephant polo and horse racing on ice. This summer he’s shooting with his Sony cameras and lenses around the world as he captures the new high-tech, high-speed action of the SailGP racing circuit. It’s an intense and impressive display of cutting-edge on-the-water technology and athleticism. 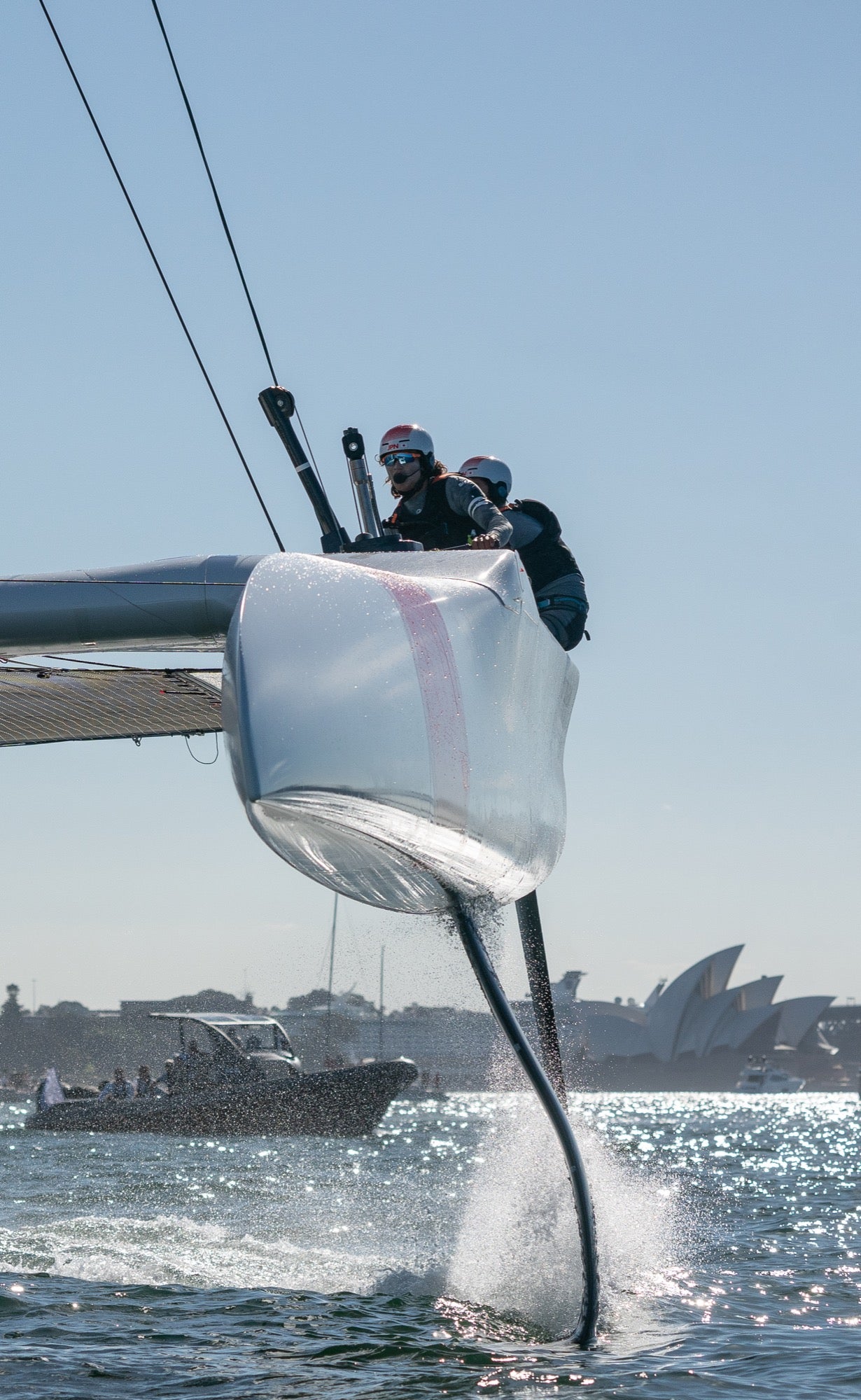 SailGP is unique. Unlike many sailing events that take place far from shore, the racing is happening in more of a stadium setting where the boats spend a lot of time close to land-based spectators. The photographers need to be on their toes at all times. Also, the boats in these races move incredibly fast, much faster than a typical sailboat. Martin rides in a chase boat during the race to position himself and his camera in a strong vantage point for photography from the water, and with the speed of racing, it’s difficult for the chase boats to actually keep up. “With most sailboat racing, photographers can idle by the turning mark where the boats change direction and thus a lot of the action takes place,” Martin explains. “That’s not the case in these races. The new GP boats are so fast that they out-speed the chase boats.”

Martin doesn’t capture every part of the race from the water, though – he also captures the action out of a helicopter. An aerial view provides an unobstructed perspective of the boats and helps establish the entire scene of the race. No matter where he’s shooting the event from, he’s usually equipped with a Sony α9 (at shutter speeds that sometimes exceed 1/16,000-sec.) and the Sony 100-400mm f/4.5-5.6 G Master or 400mm f/2.8 G Master either with or without a 2X teleconverter. “The lens of choice on the water is really the 100-400mm G Master,” says Martin. “It’s the workhorse. It’s manageable to handhold in the choppy seas and with everything happening quickly, the zoom is often the right way to go.” 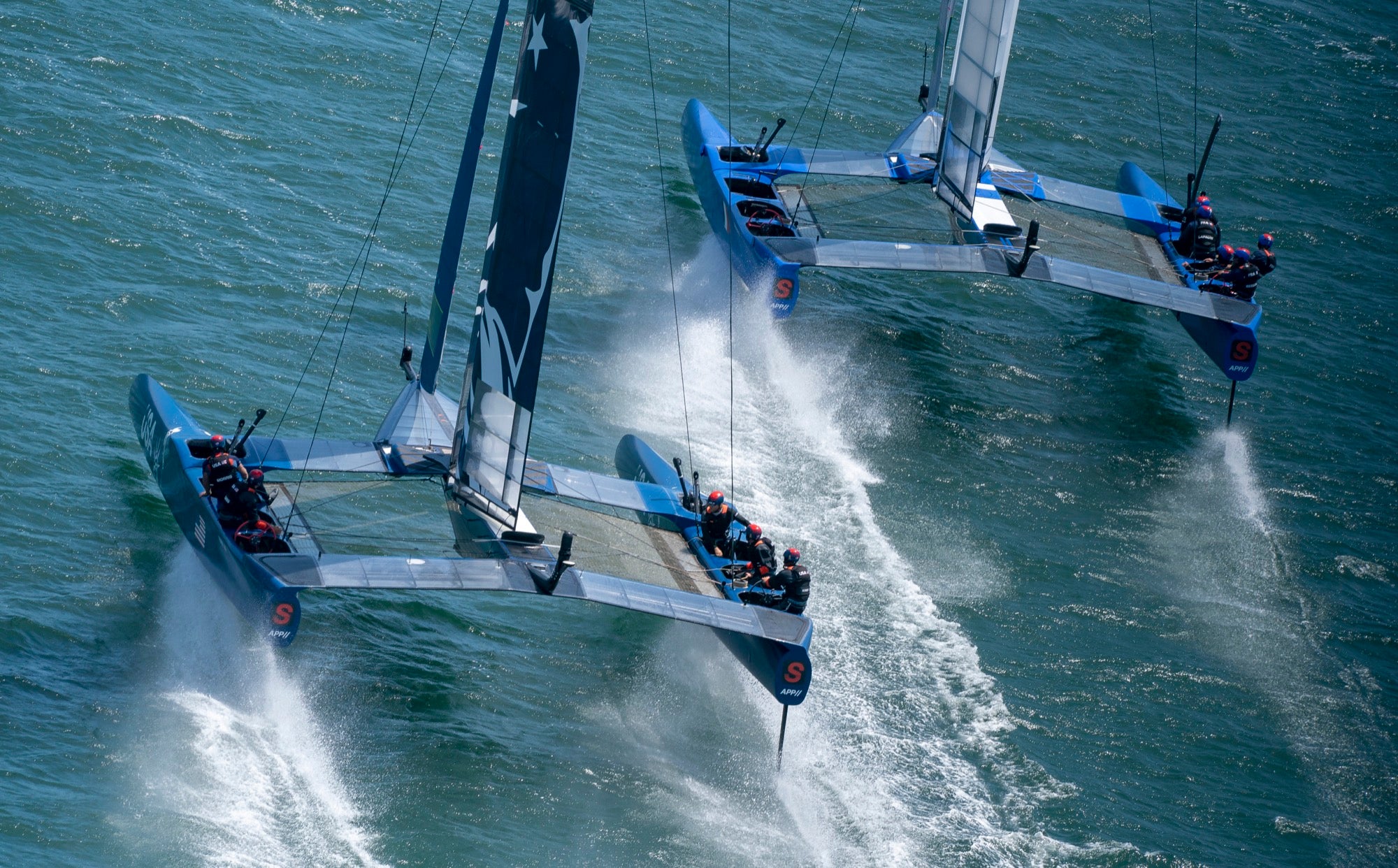 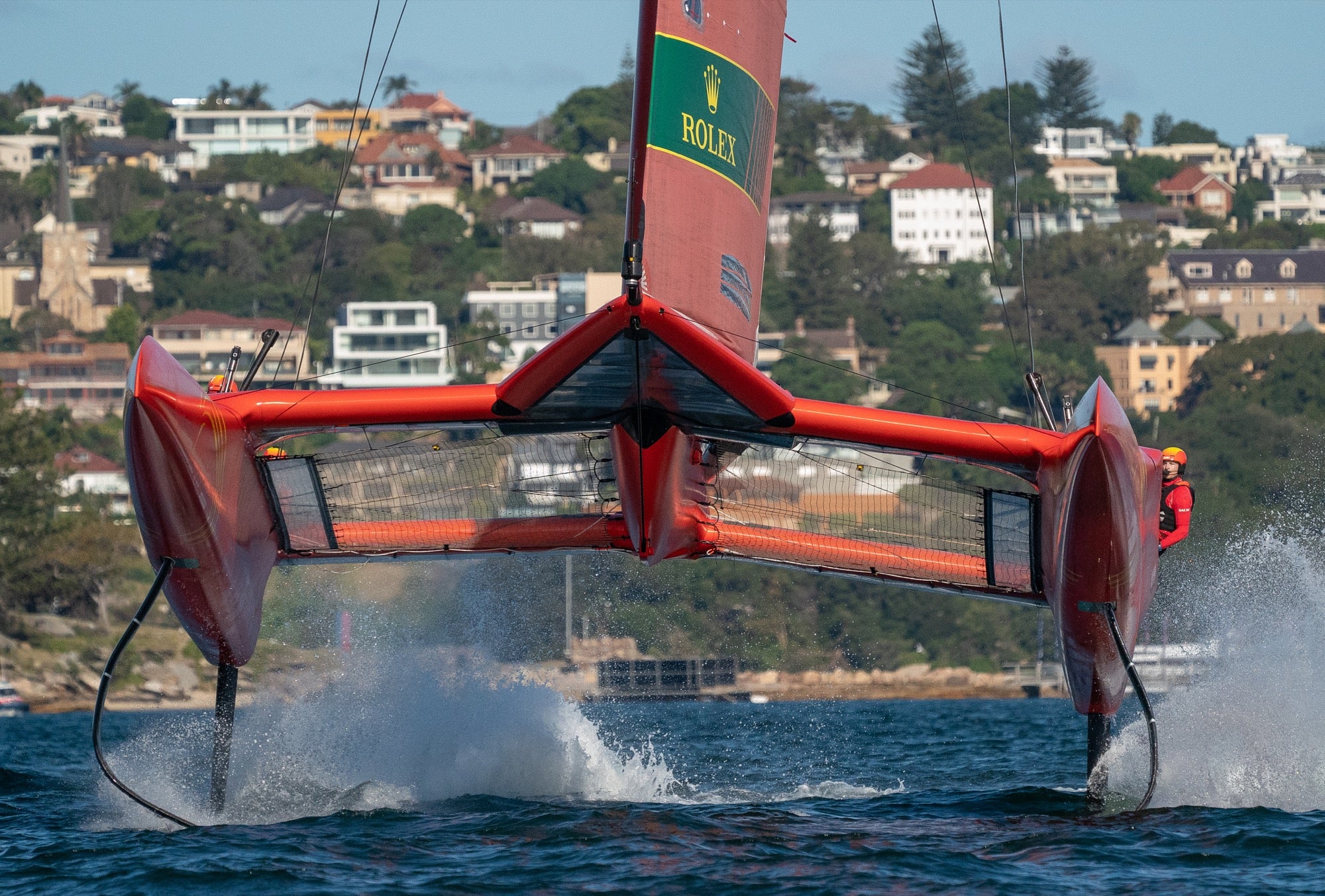 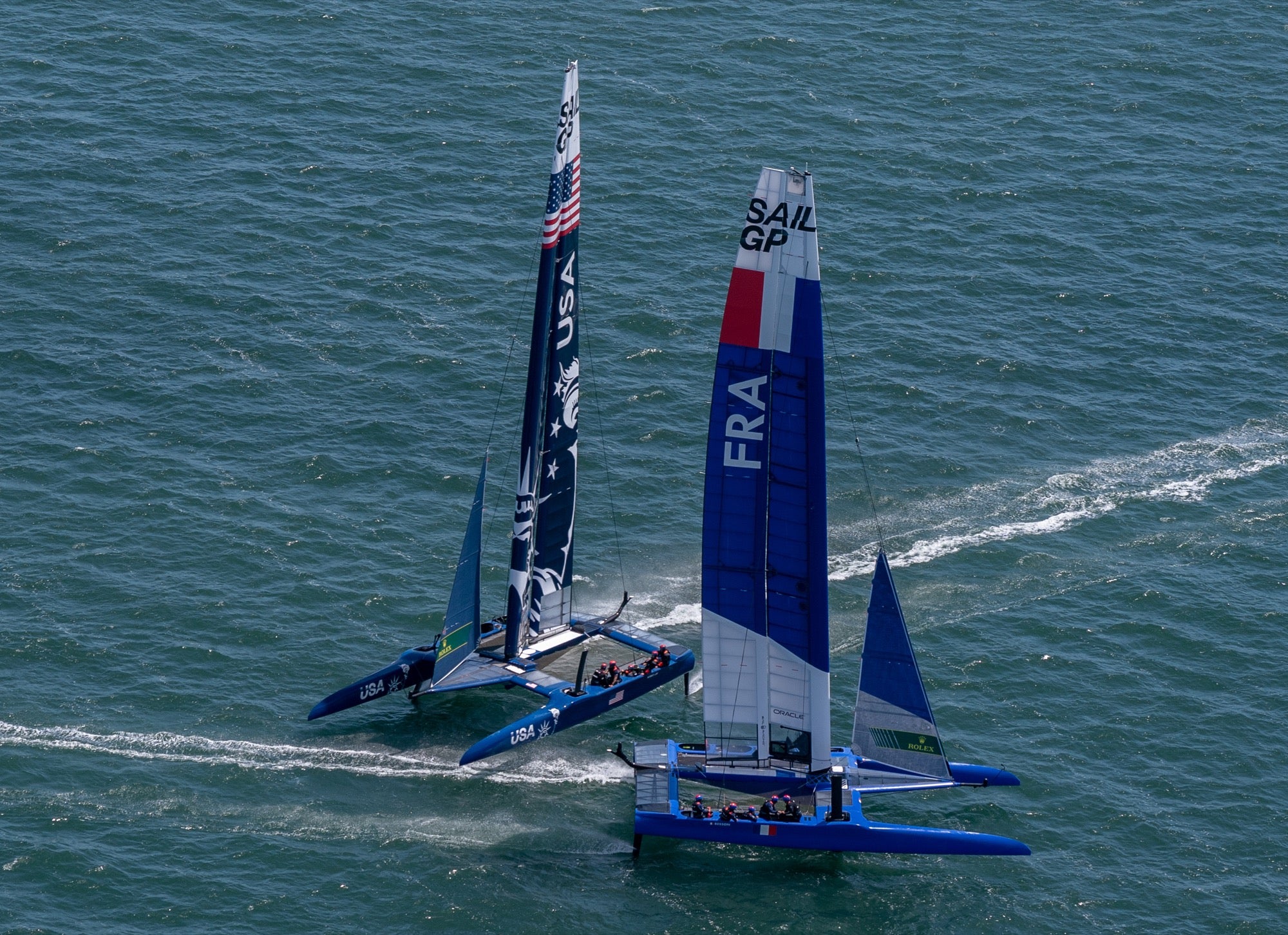 In addition to capturing the event himself, Martin is working with other photographers, those embedded in the sailing teams and additional freelancers, throughout the SailGP series. The group, which includes fellow Sony shooters Beau Outteridge and Sam Greenfield, is working together and strategizing over what they are going to capture. The ultimate goal of their work being to have it, and thus the entire sport of sailing, reach the mainstream media. “A major part of helping the event grow,” says Martin, “is to get the photos out to the mainstream media, especially social media streams. And it needs to get out fast. If it doesn’t have this immediacy, then the event will never grow.” 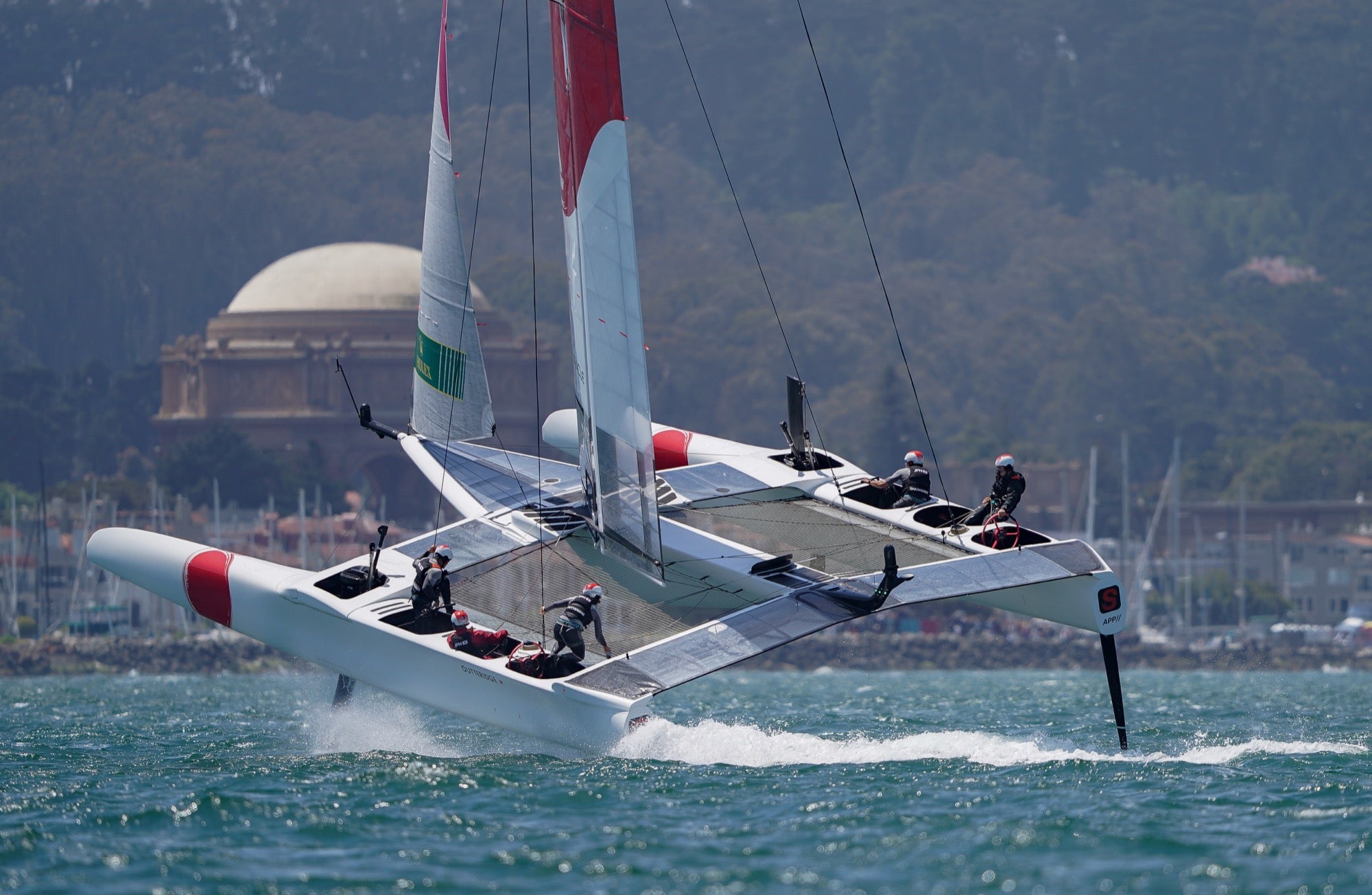 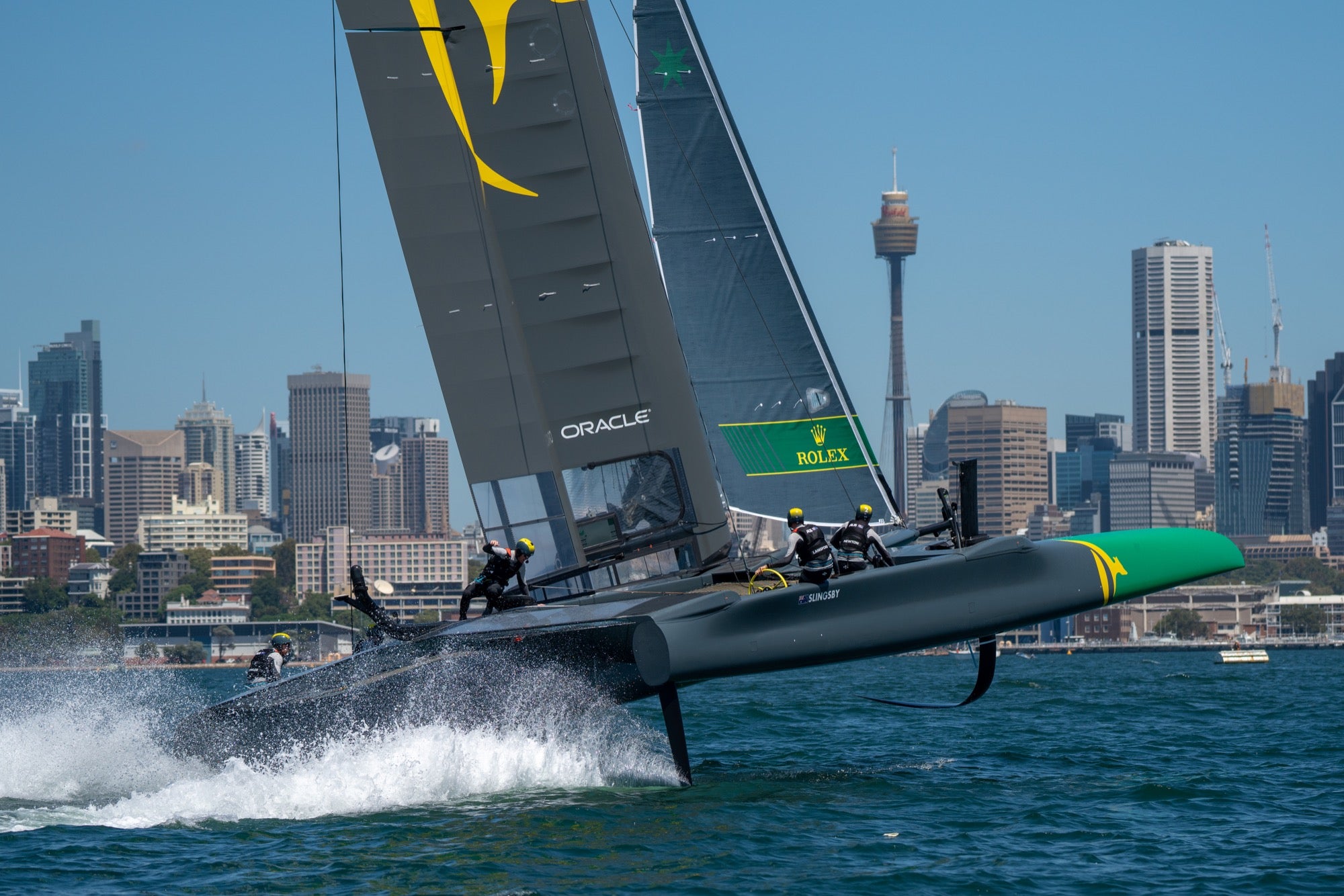 The main thing he says has been great for this task of immediately distributing the photos? The Transfer and Tagging app, an add-on to Sony’s Imaging Edge mobile app that allows photographers to instantly transfer images from a Sony camera to a connected mobile device while shooting. This has been especially powerful for the photographers as they’re working on the water as well as those who are shooting on the race boats themselves. 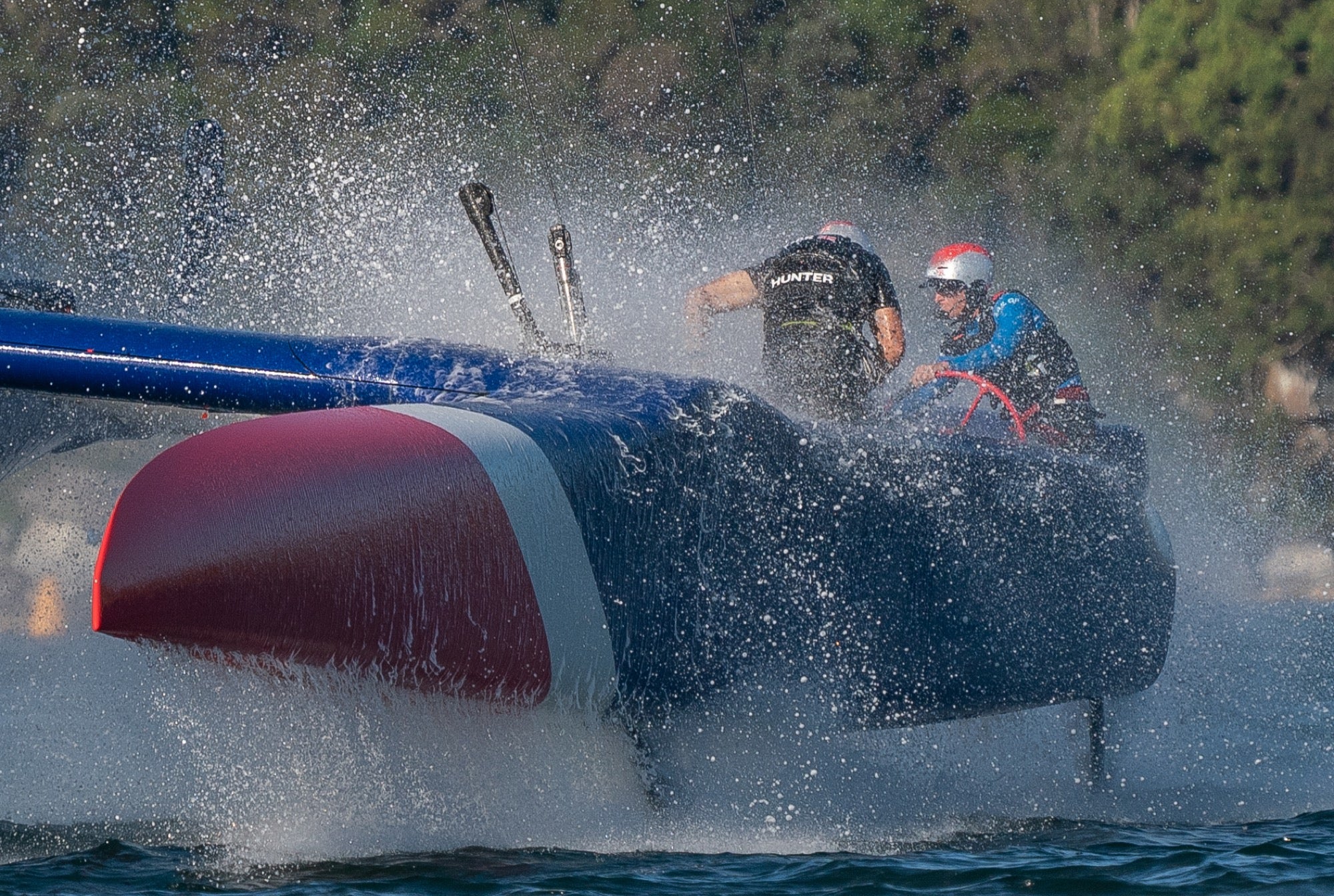 “When you’re on a boat and water is splashing over the side,” Martin says, “you can’t really use a laptop. This app gives me the ability to pick various pictures, review them in the app, and then transmit them out of the app while out on the water. It has really changed the way we work. Even if a photographer is on board one of the boats with the sailors, they can still be moving pictures to our servers during the race which is pretty amazing.” 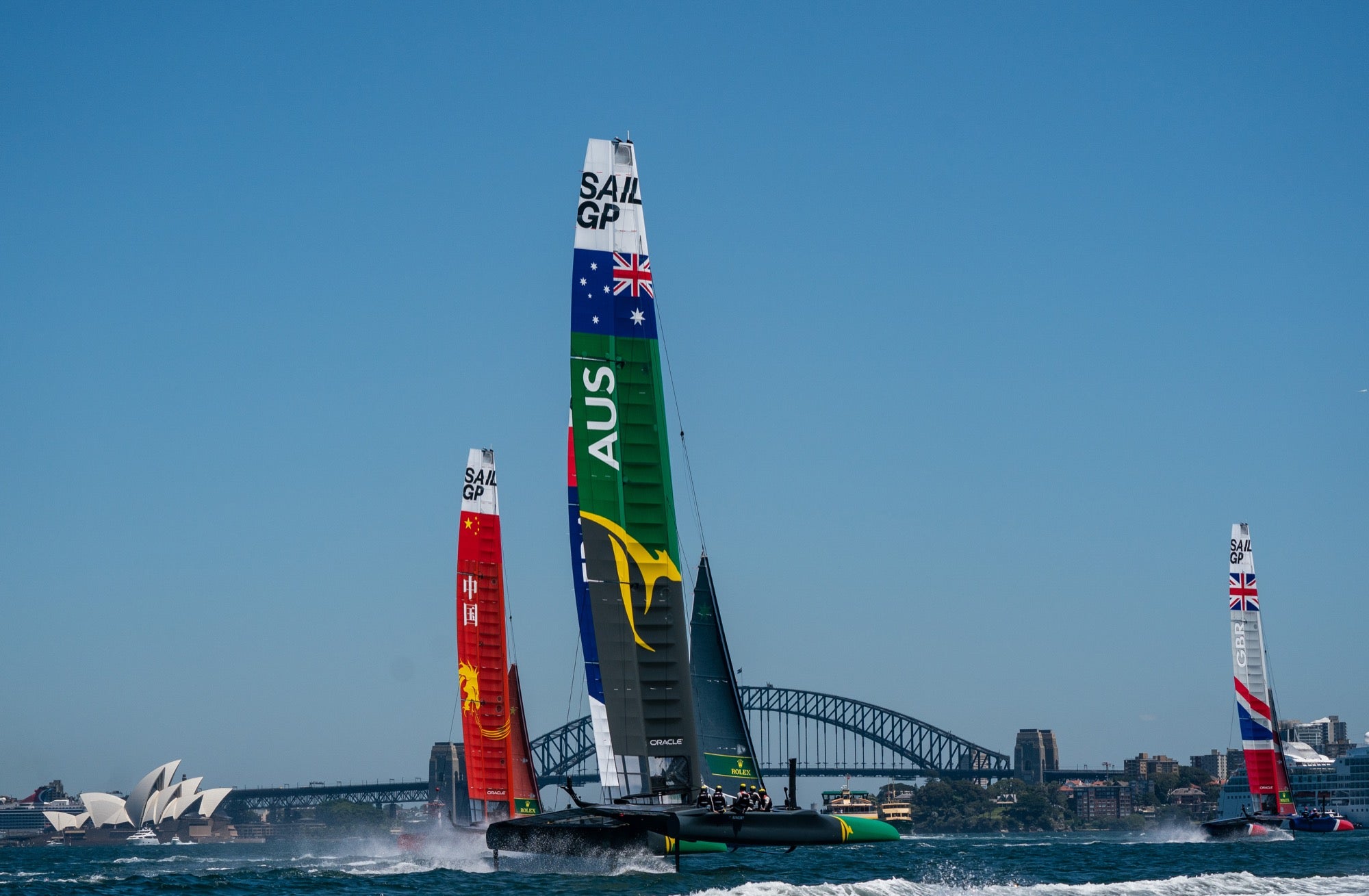 In the past they would need many different pieces of gear in order to transfer the photos off the water during the race. Photographers would have to stop shooting to transmit, which was a major problem for them.

“But now with the app,” he explains, “it’s just such a clever piece of software. With only a few clicks, you can have the photo you just shot on your camera appear on your phone, you can crop it and you can start your FTP, and you can do it all from the back of a speedboat going 45 miles per hour.” 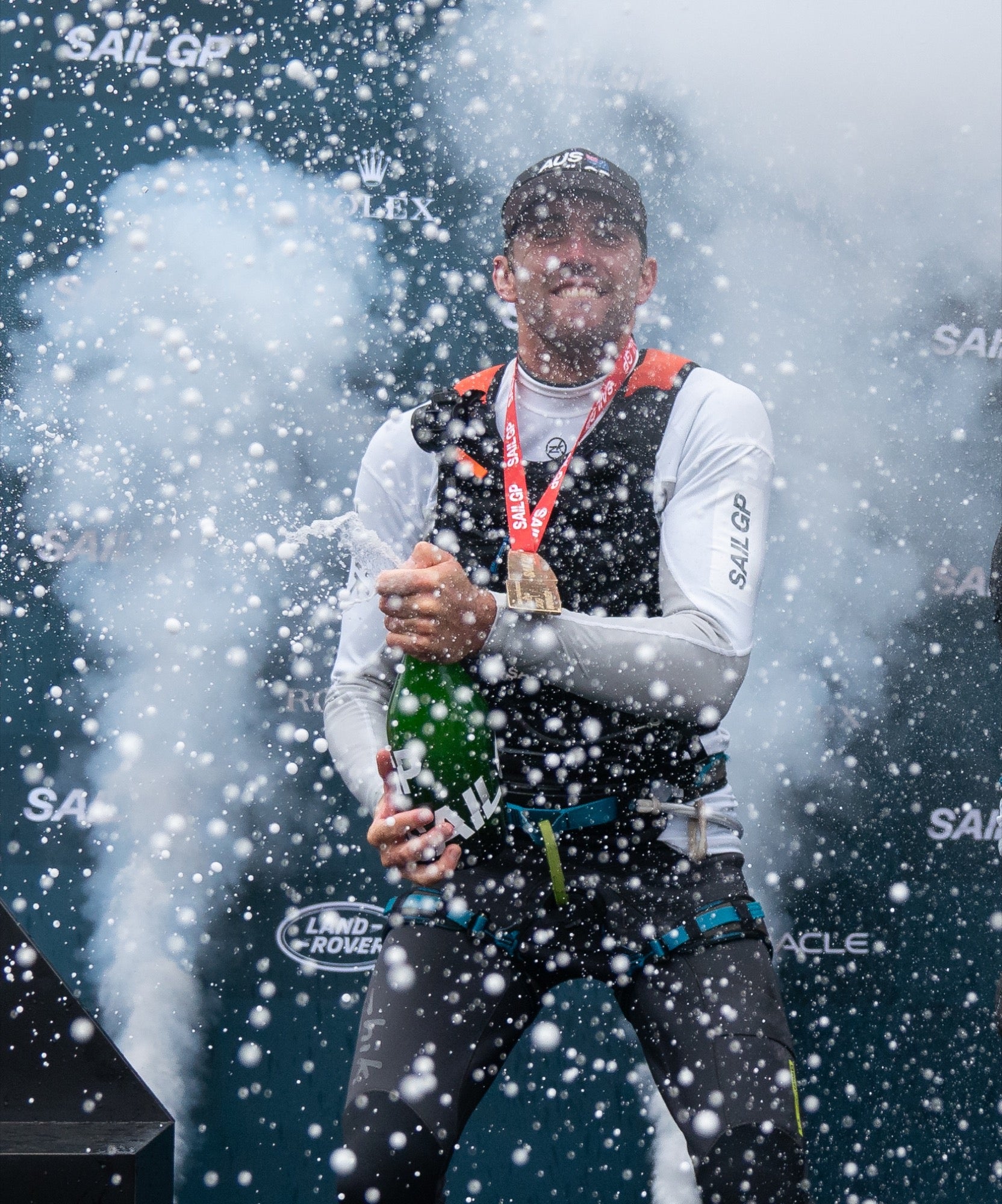 With races in Sydney, Australia and San Francisco in the books, the SailGP series heads to New York in late May, 2019, then across the Atlantic to Cowes in the UK and Marseilles, France. We’ll be following along as Martin and the other photographers take sailboat racing from the sedate confines of the yacht club to the global, super-tech, high-adrenaline stage.

Learn more about Bob Martin and his work at bobmartin.com.

See more about SailGP at sailgp.com.