When it comes to photographing events and festivals, there are two basic approaches. One way is to be reactive and ready to cover the event no matter what kind of situations it presents. This is the way I worked most of my career while shooting on assignment for magazines like National Geographic, Travel & Leisure, Traveler, and a couple of dozen airlines and tourist boards around the world. It meant carrying a couple of camera bodies and a bag full of lenses from wide to telephoto, flash, maybe a tripod – so no matter what happened, you’d get the kind of “no-excuses,” broad-range coverage that those types of clients demanded.

But there’s another more personal, or artistic way to cover an event or festival.

This is when you just bring the gear that allows you to get the “look” you’re going for, and nothing else. Rather than conforming your coverage to the nature and logistics of the event, you’re conforming the event to the type of coverage that you like to do, or are carrying the gear for. Yes, you may miss the long lens shot or the flash shot, but who cares because that’s not your “vision.”

No matter how high you can push your ISO or how much dynamic range you have, once the light falls on the street and the building facades in the backgrounds are all lit up, you’re going to need to raise the light level on your portrait subjects to create an image that looks balanced.

I knew a few pro shooters who did it this way; they were usually much more fashionable than me and had established reputations as “artistes.” I have to admit, I always admired the chutzpah of the practitioners of this approach – where the world conforms to them and not vice versa, if for no other reason than they didn’t have to carry as much heavy gear as I did!

Now, don’t get me wrong, I wouldn’t change the way I conducted my career (besides, to pull off that artsy method, I would have had to have worn a beret and developed a passable foreign accent, which is no small order when you’re just a guy from Jersey). But now that I’m semi-retired, I’m not answering to clients all the time, and every once in a while, I can indulge my inner prima donna.

That’s exactly what I did recently in my coverage of the Day of the Dead in San Miguel de Allende, Mexico. Now, I’ve covered this event in many places in Mexico and even made a short film about it that you can see here:

Plus, I live part-time in San Miguel, so it’s likely that I’ll see this festival again at least a few times I hope.

San Miguel’s Day of the Dead is more artsy and less traditional than the celebrations in Oaxaca and Lake Patzcuaro. In this town, they really go in big for the Catrina face-painting (as seen in the Disney movie “Coco”) and I decided to concentrate on doing environmental portraits of great Catrina faces with only my α6500, 16mm f/1.4 lens (a Sigma that's made for the Sony mirrorless E mount), a small off-camera flash setup with a tiny controller that sits in the hotshoe and a small flash with a dome diffuser that I’d hold in my left hand.

My plan was twofold. In the late afternoon, while there was still some light, I would do environmental portraits of the faces with the lens cranked wide open. The faces would “pop” out from the background because of the creamy bokeh I’d get since I was shooting at f/1.4 and very close to my subjects. But you’d still get a sense of place, because of the wide coverage of the lens. 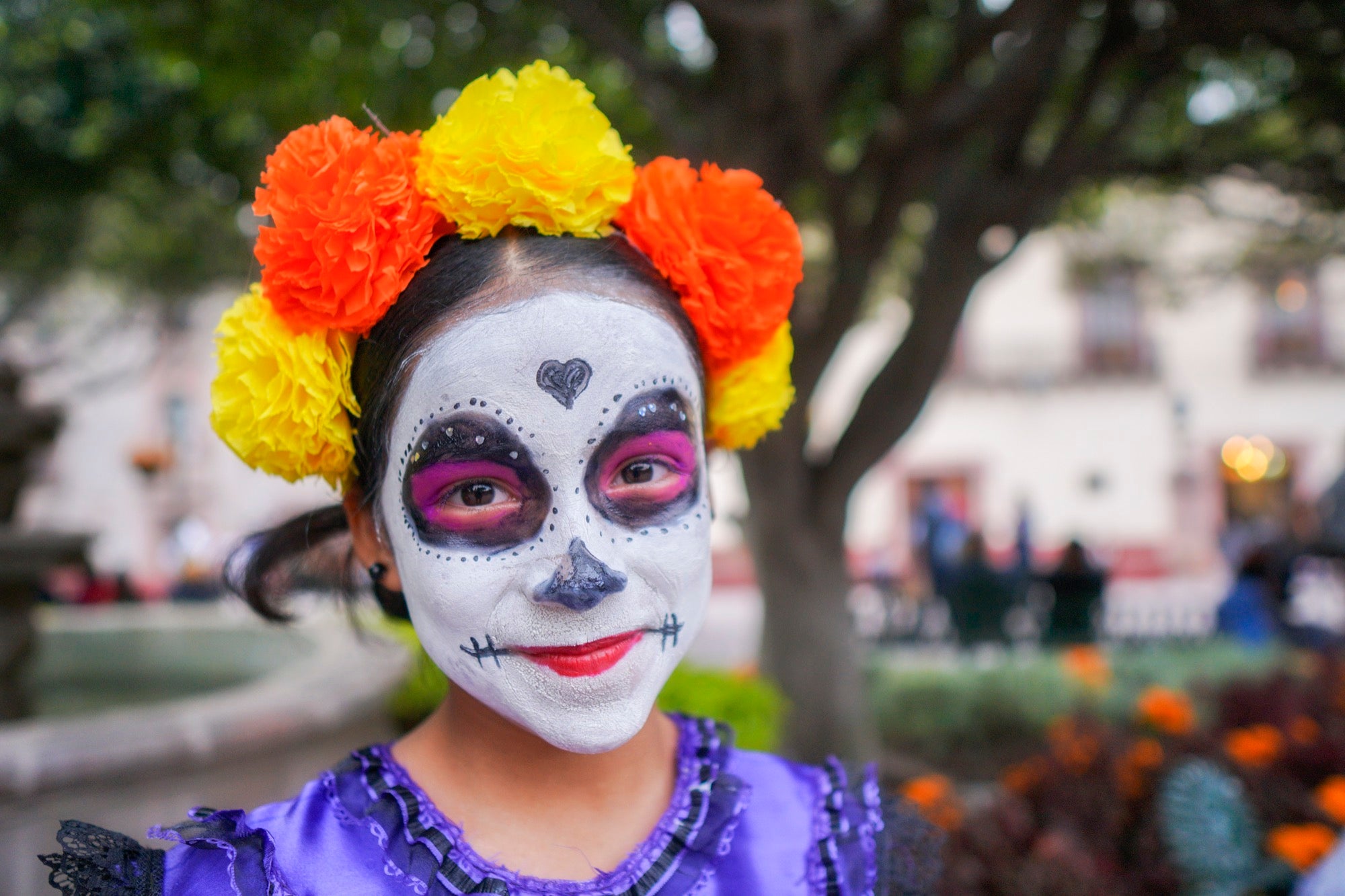 I like a good headshot as much as the next guy, but for travel, it’s nice to get a sense of the subject’s environment as well. That’s a hard thing to do with traditional portrait focal lengths, which are usually short telephotos. Shooting portraits at f/1.4 is challenging, but the eye-focus of the α6500 performed like a champ and my faces were razor sharp.

Once night falls, though, you have to switch strategies.

No matter how high you can push your ISO or how much dynamic range you have, once the light falls on the street and the building facades in the backgrounds are all lit up, you’re going to need to raise the light level on your portrait subjects to create an image that looks balanced. Many inexperienced shooters will just stick a flash in their hotshoe and start blasting away, completely overriding the ambient light. In my opinion, the pictures always look terrible, like shots of those “perp walks” outside of police stations and courts in 1930’s newspapers. No mood, no ambience, no nothing. Instead of that, I do something a little different. 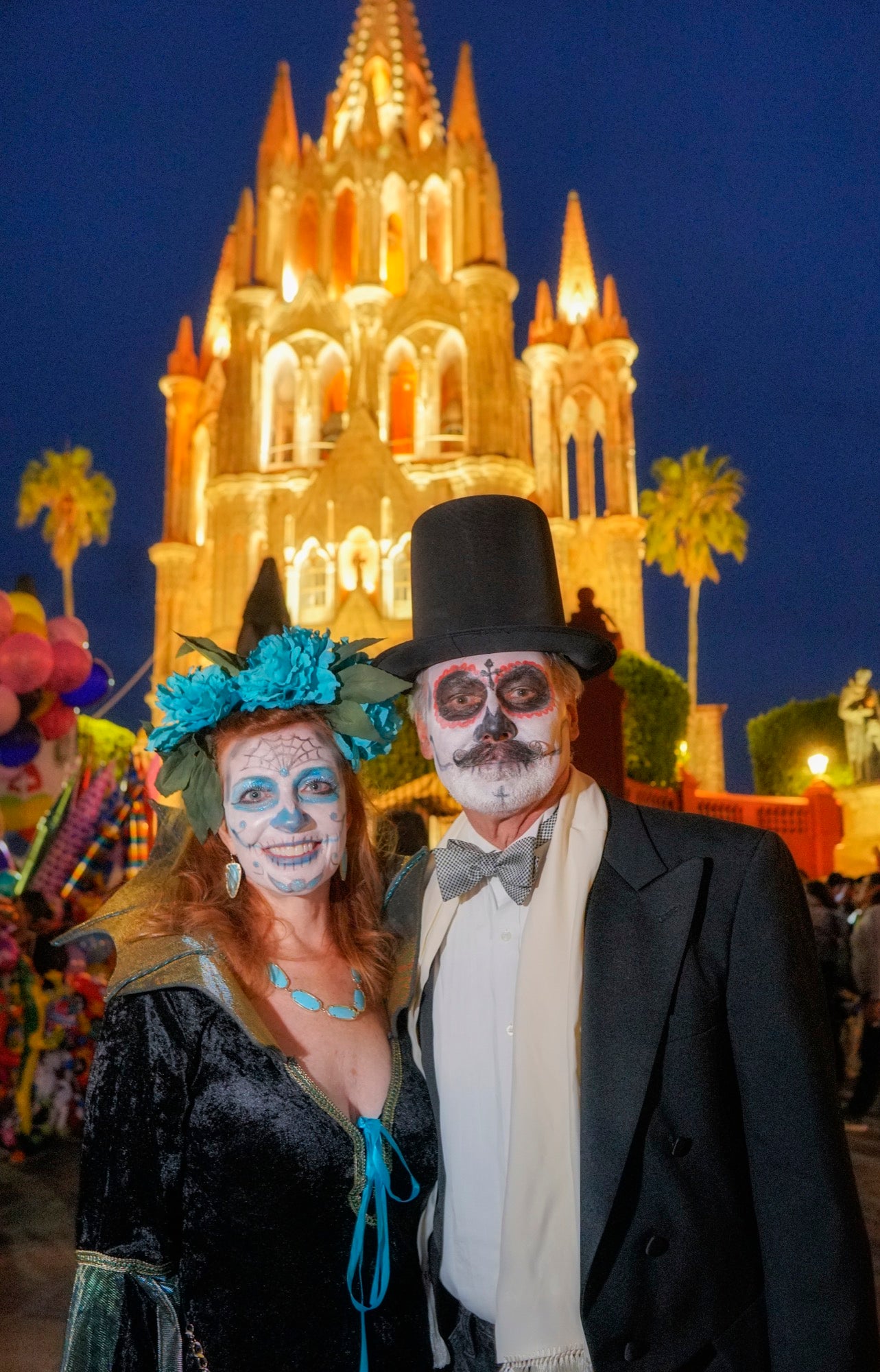 There are two things I do to make the light from the flash work for me in a good way. First, I blend the flash with the available light by shooting in slow sync flash mode. This essentially drops the shutter speed low enough to record some of the ambient light, and then the flash fills the foreground. The effect, rather than looking stark and harsh, looks blended and beautiful. Most camera systems will do this automatically, and you can fine-tune the results to suit your taste. For my little setup with a tiny GoDox flash, I dial in -1 for my ambient exposure, and -1 on the flash exposure and that usually results in a seamless blend of the two. 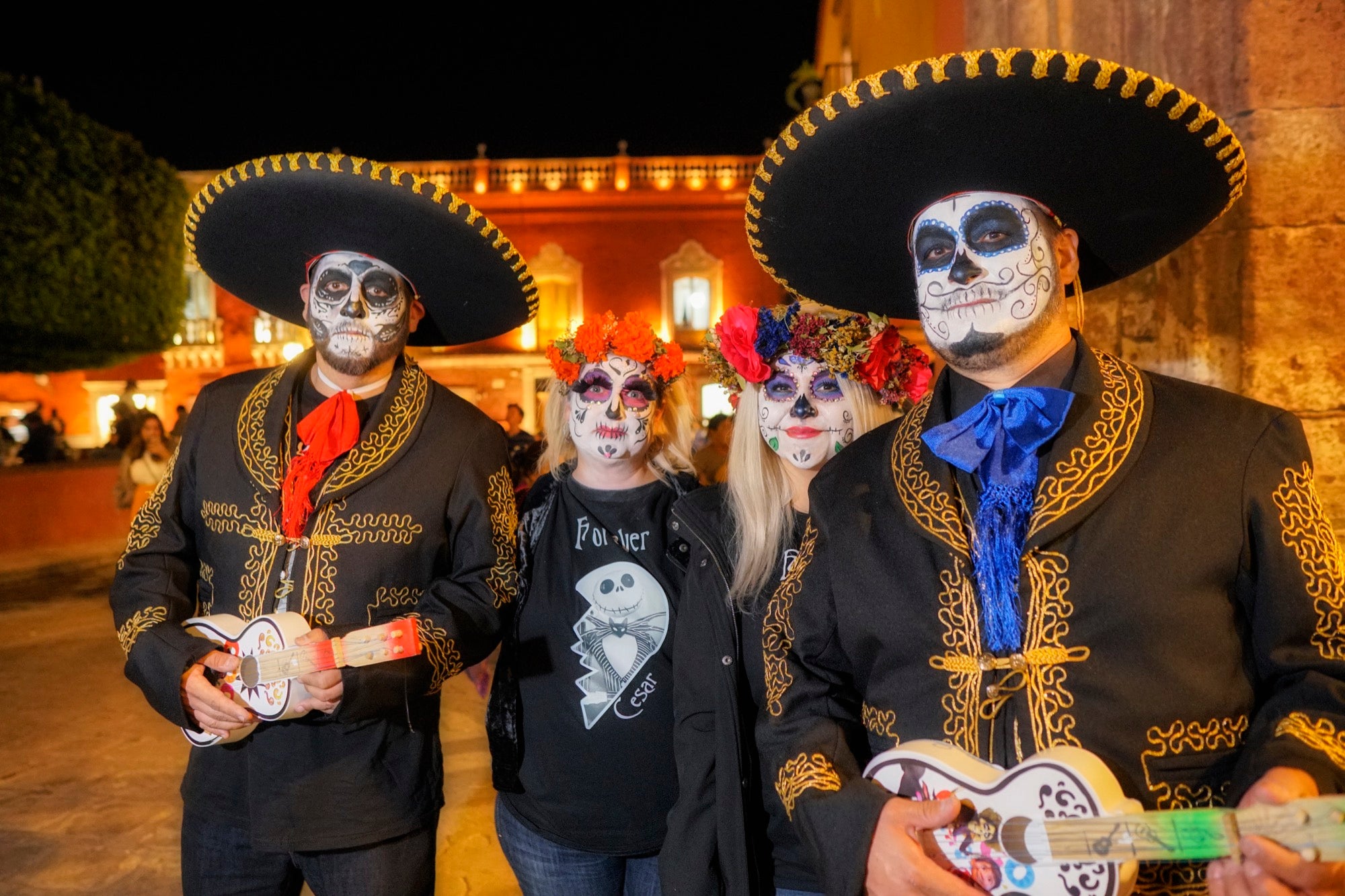 The second key is to get the flash out of the hotshoe by holding it in your left hand and aiming it at about a 45-degree angle above and to the side of your subject. This way instead of blasting them with featureless front light, you are creating a wraparound light that looks much more natural. Look carefully at the faces in the photos above and below and see how the light is slightly brighter on one side and darker. 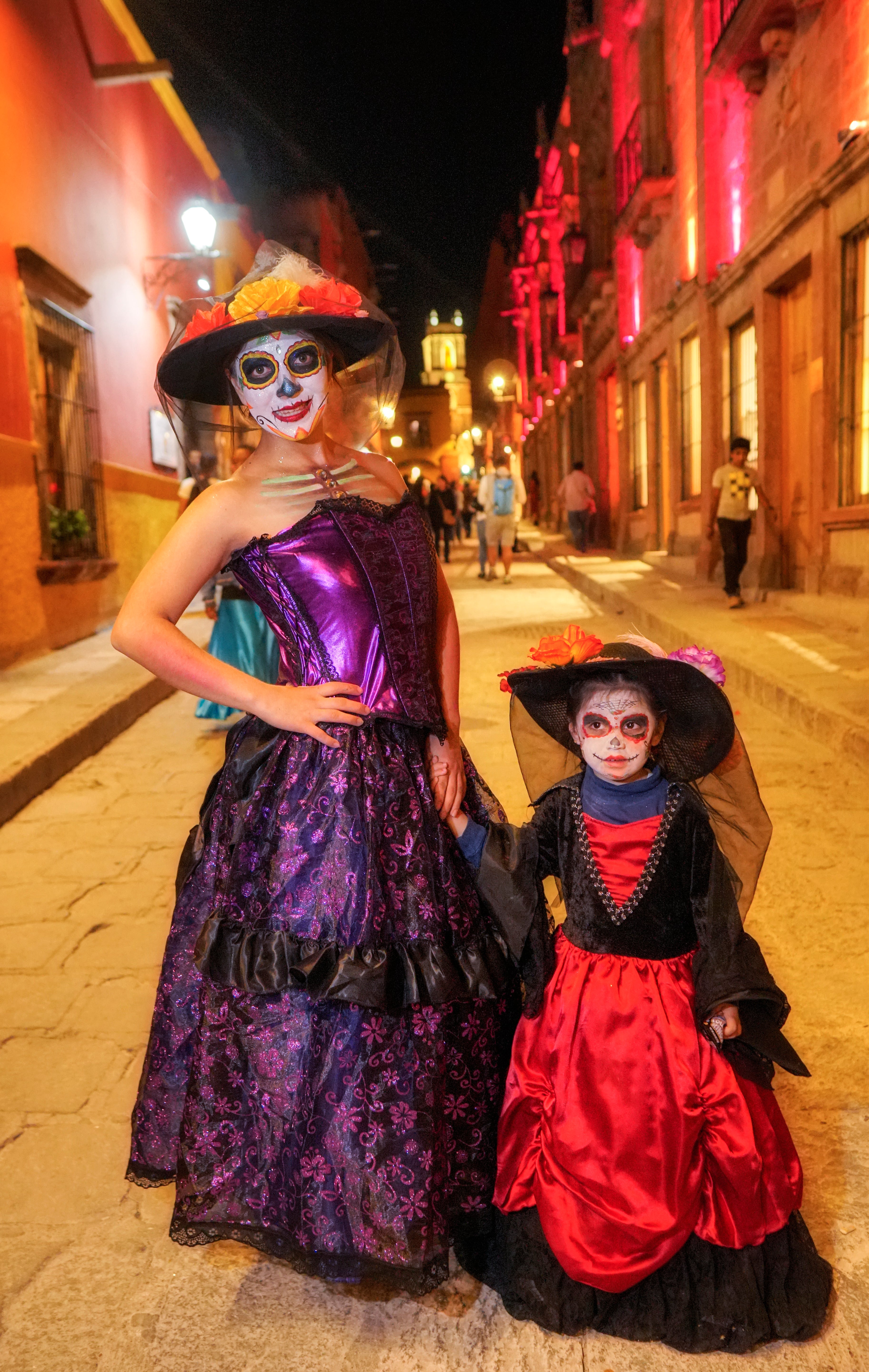 The more you work with this technique, the better you’ll get at it. And who knows---if you really master it, there might be a nice French beret and a sexy foreign accent in your future!

Nat Geo Photographer Shows How To Be A One-Camera Traveler

Nat Geo Photographer Shows How To Be A One-Camera Traveler