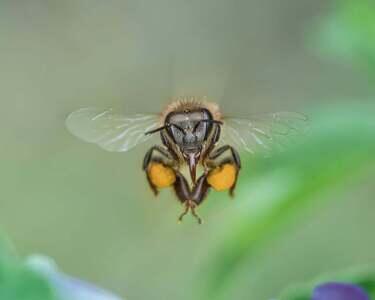 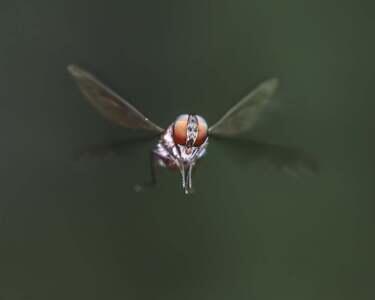 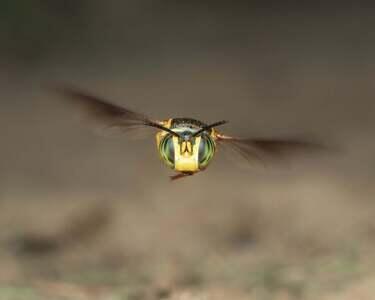 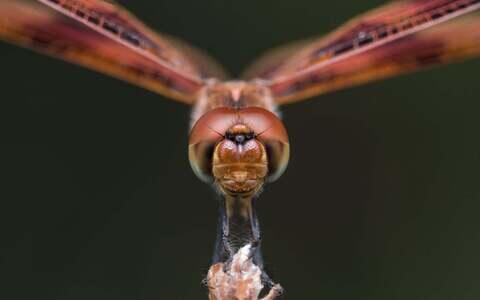 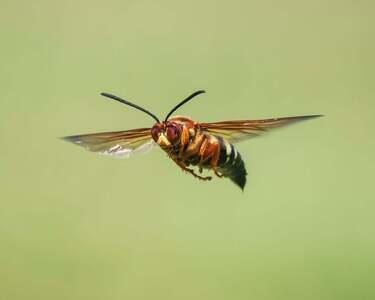 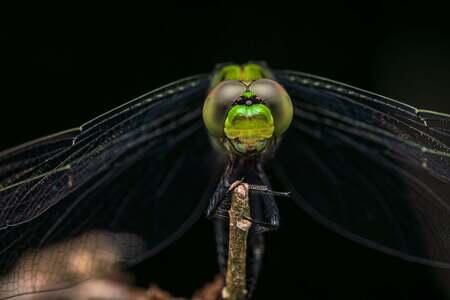 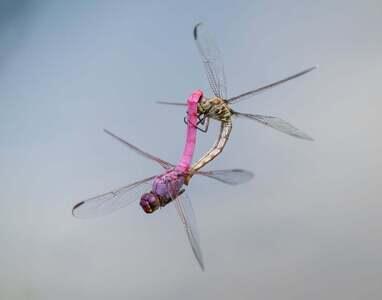 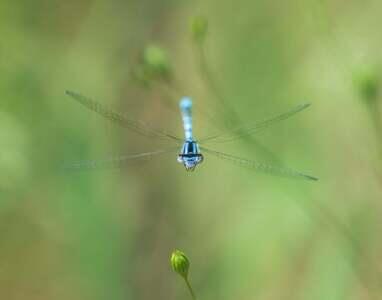 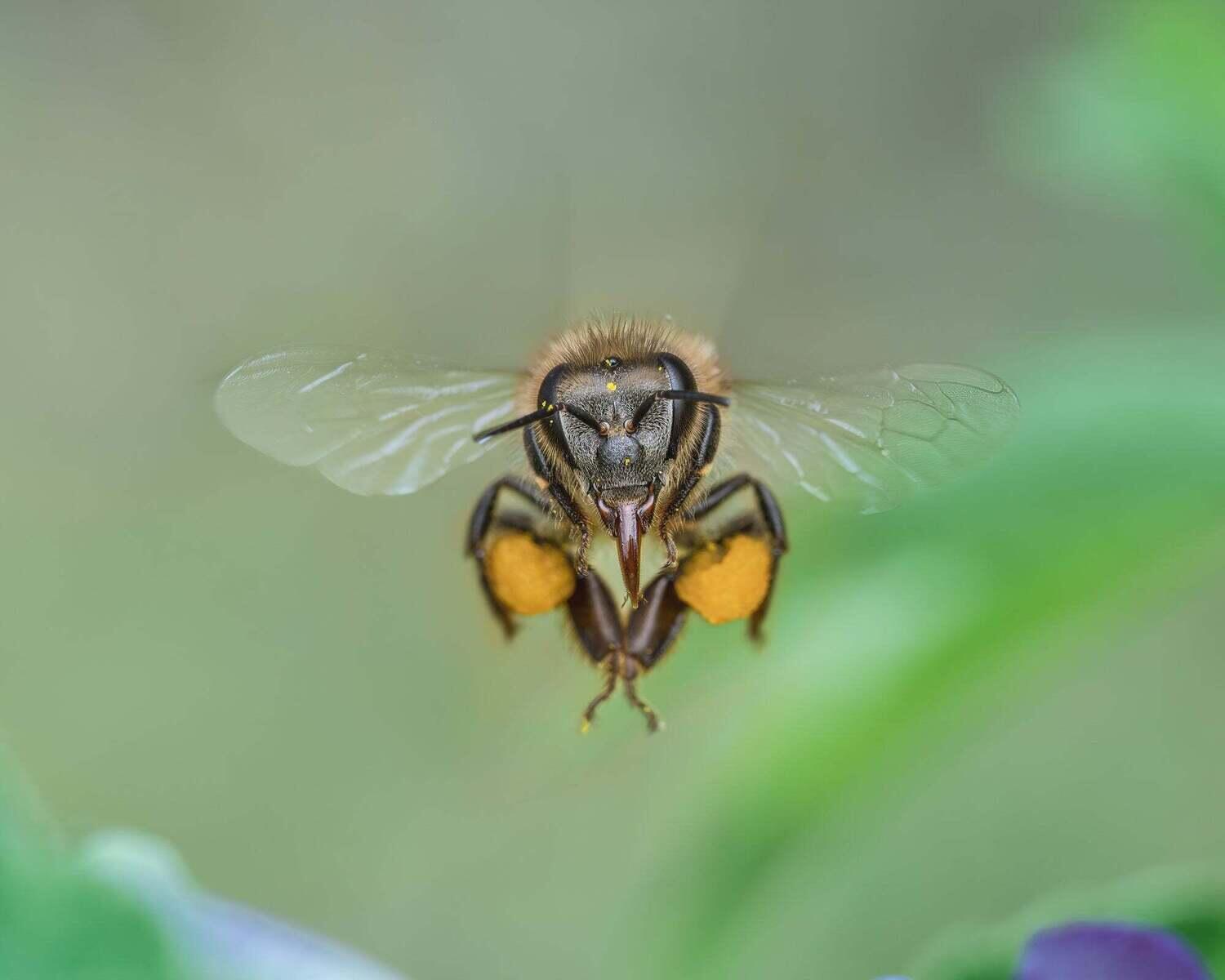 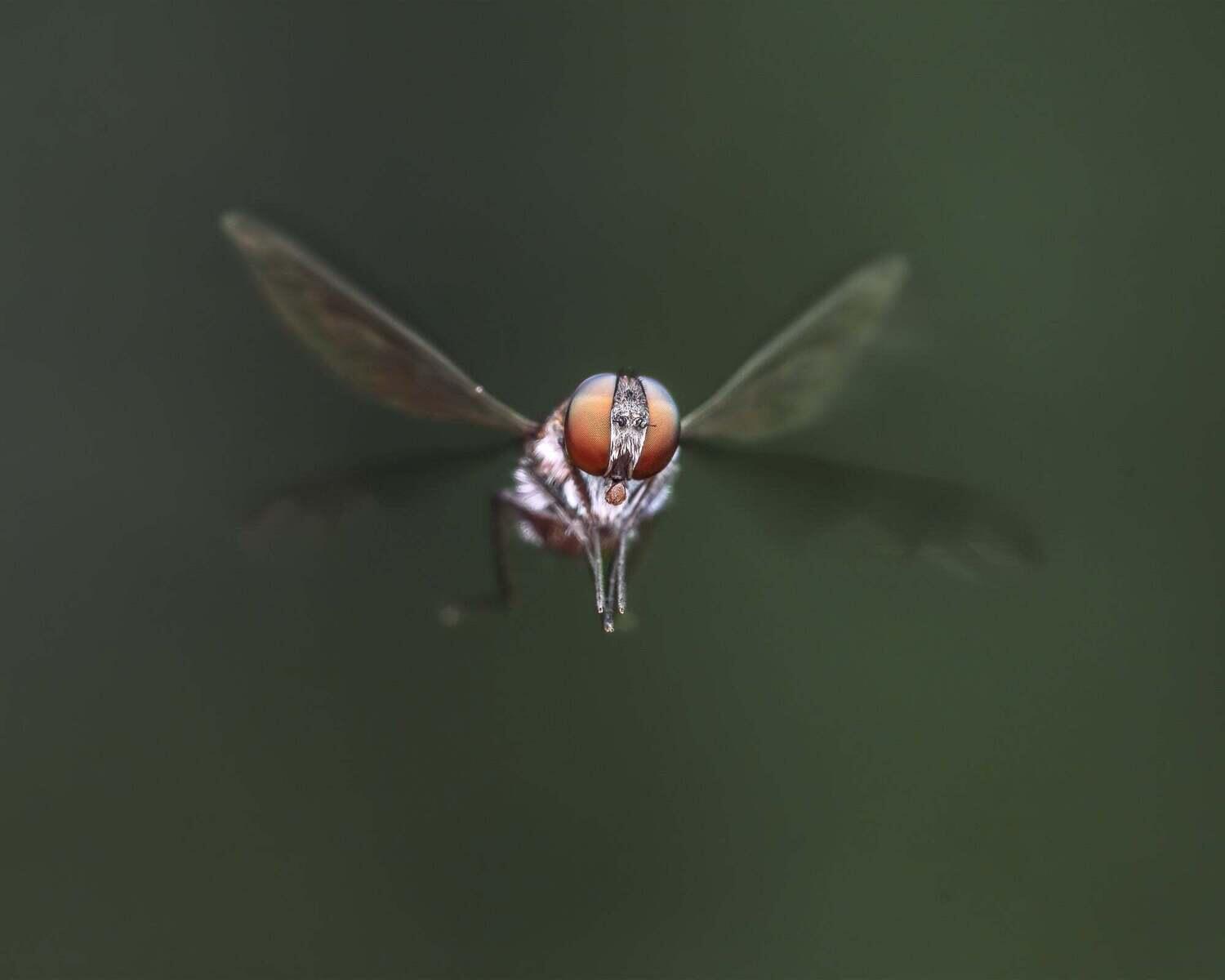 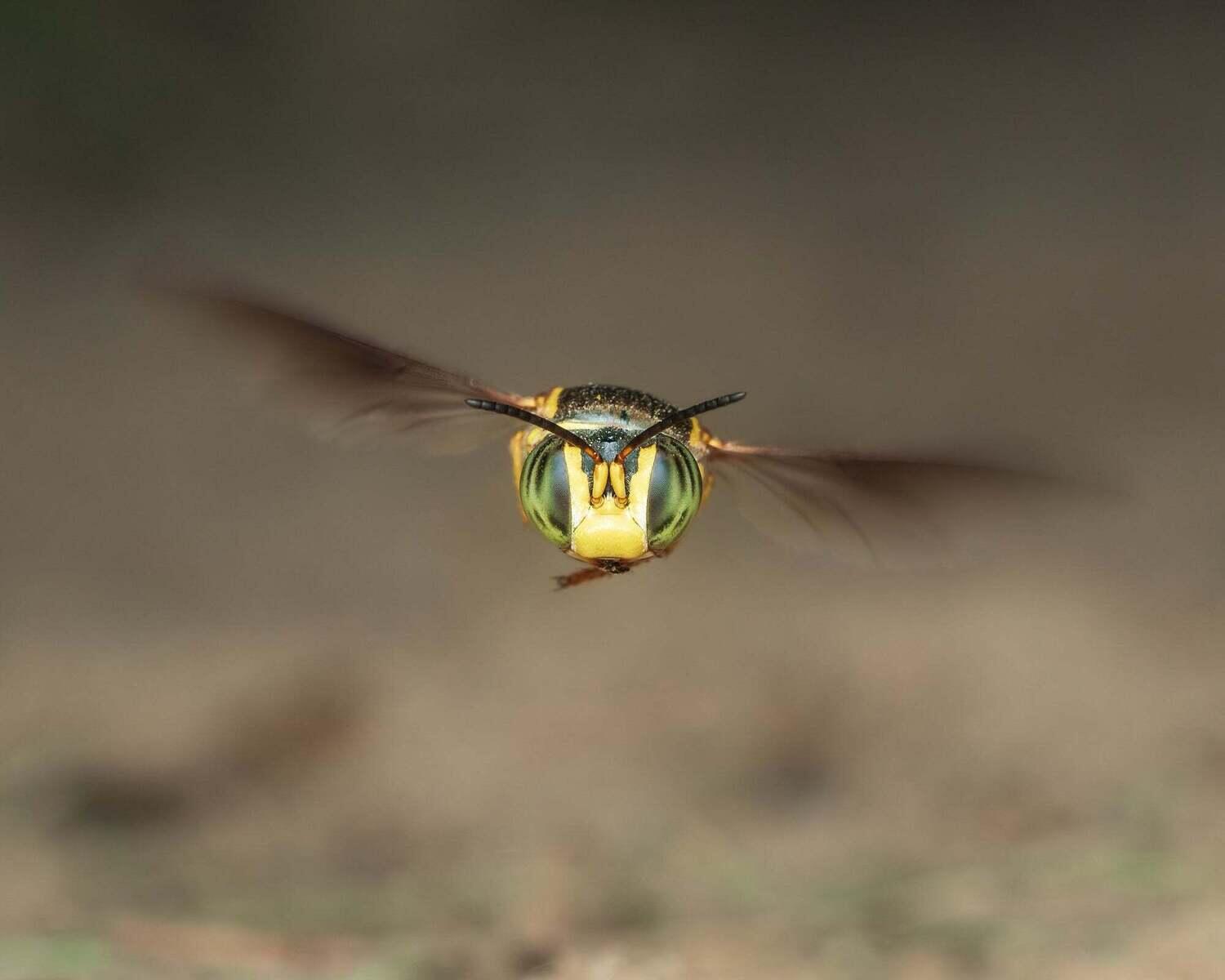 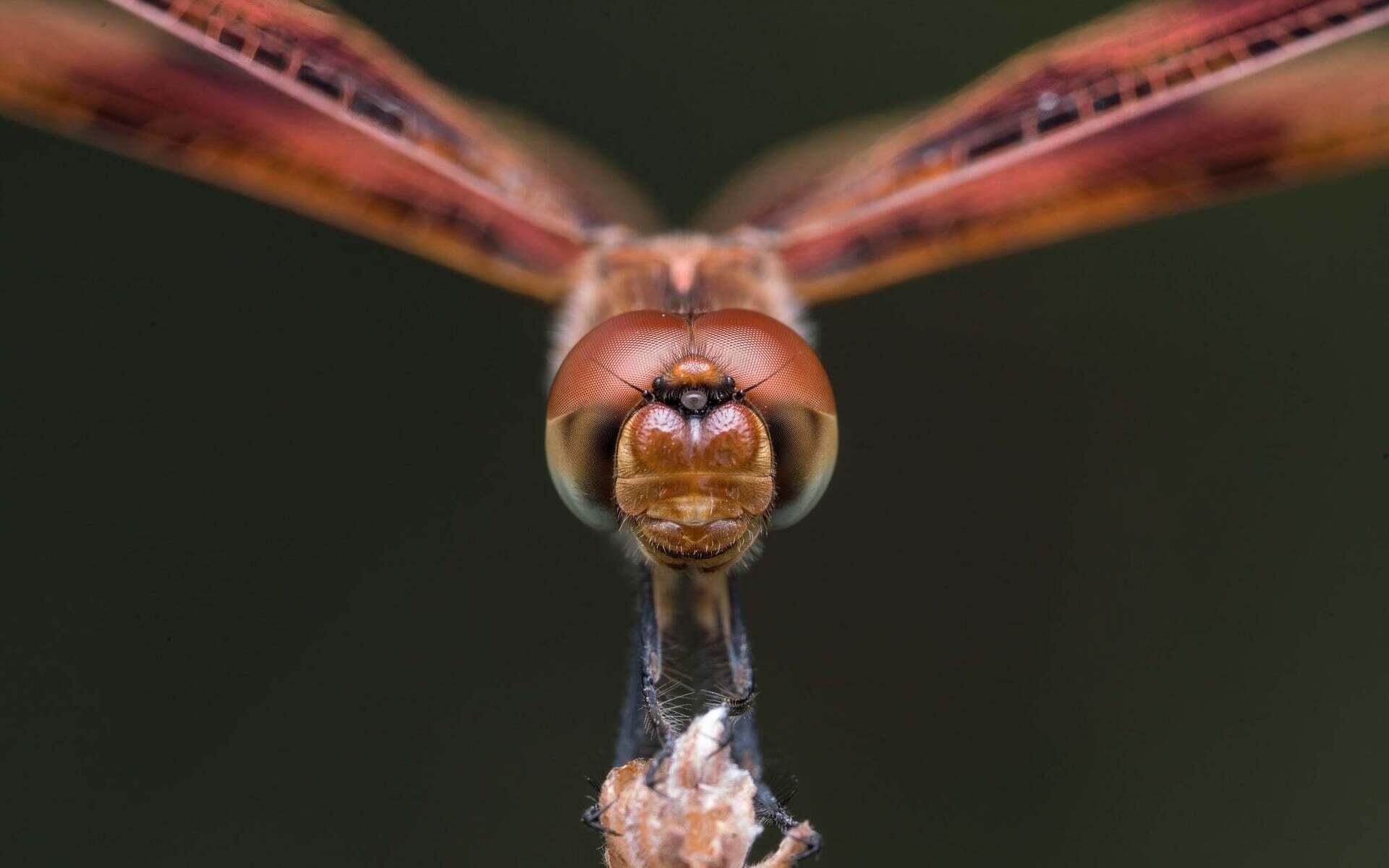 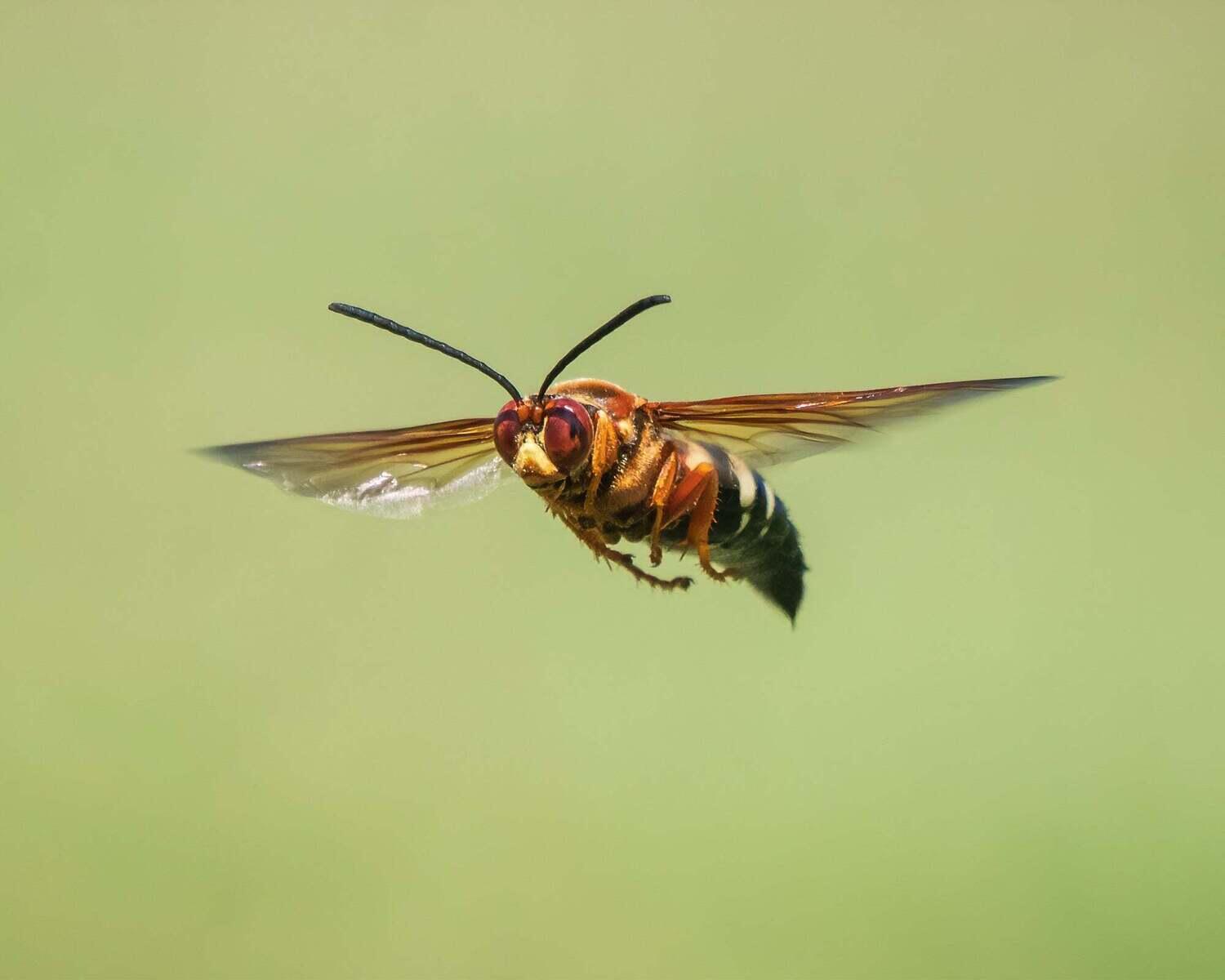 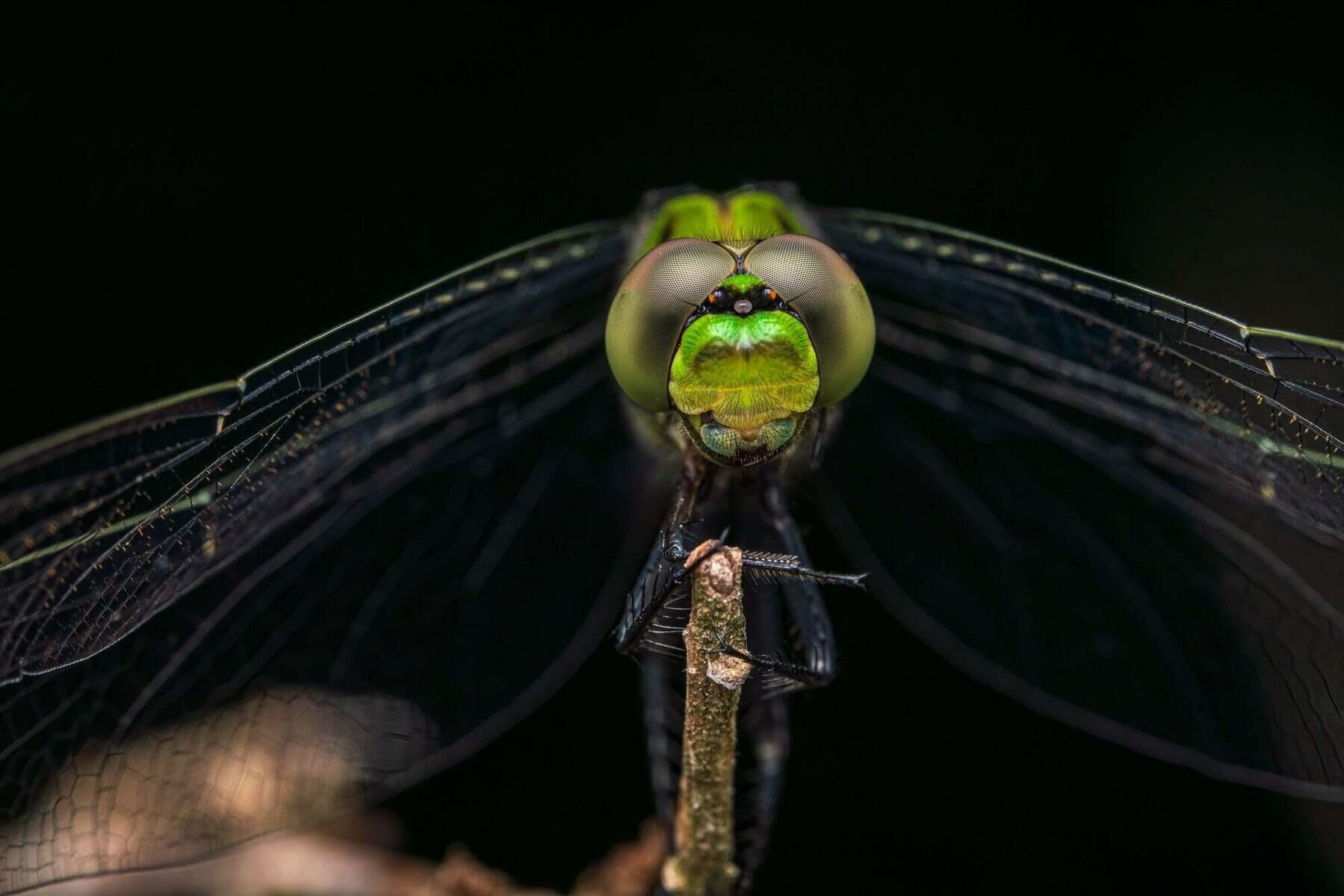 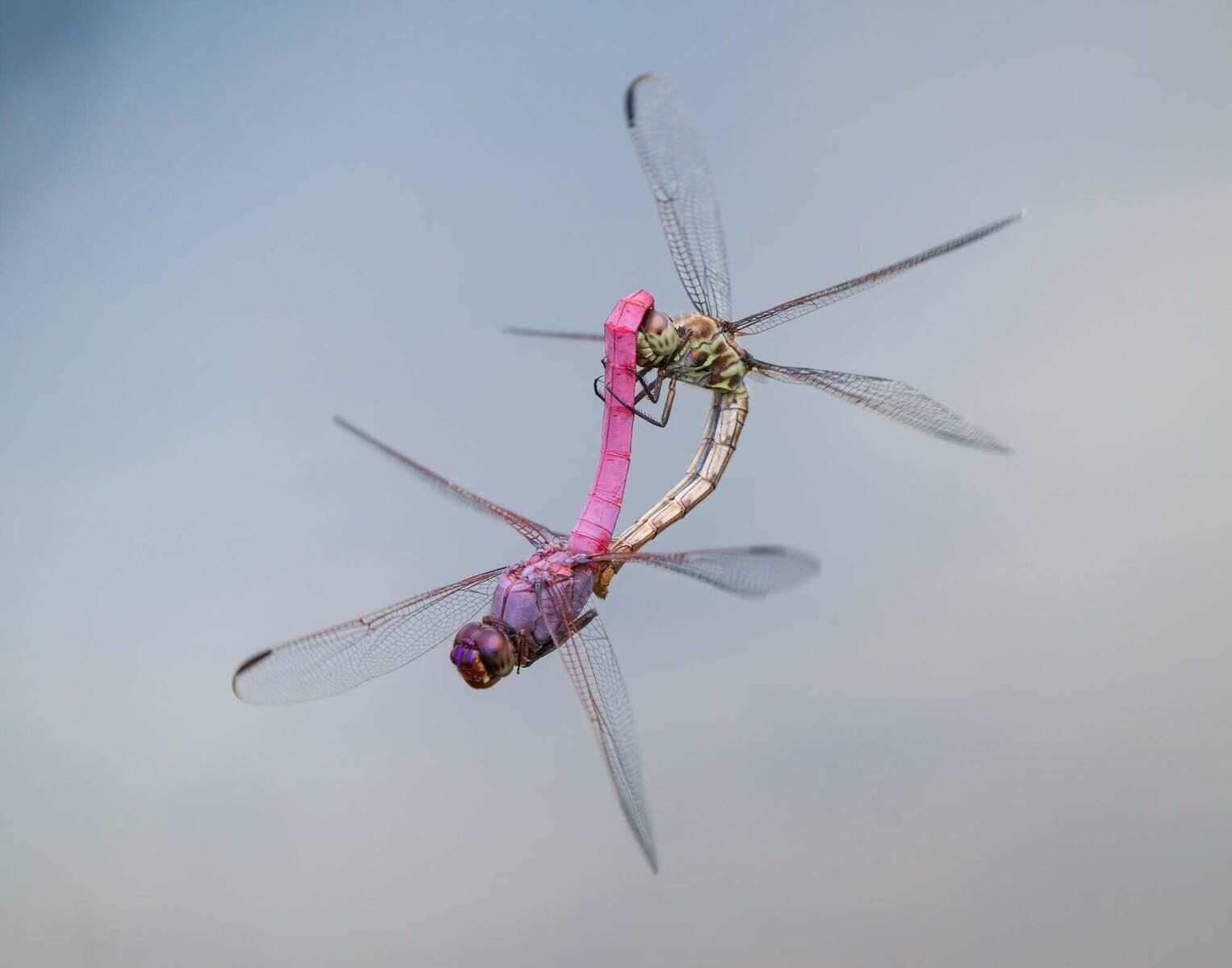 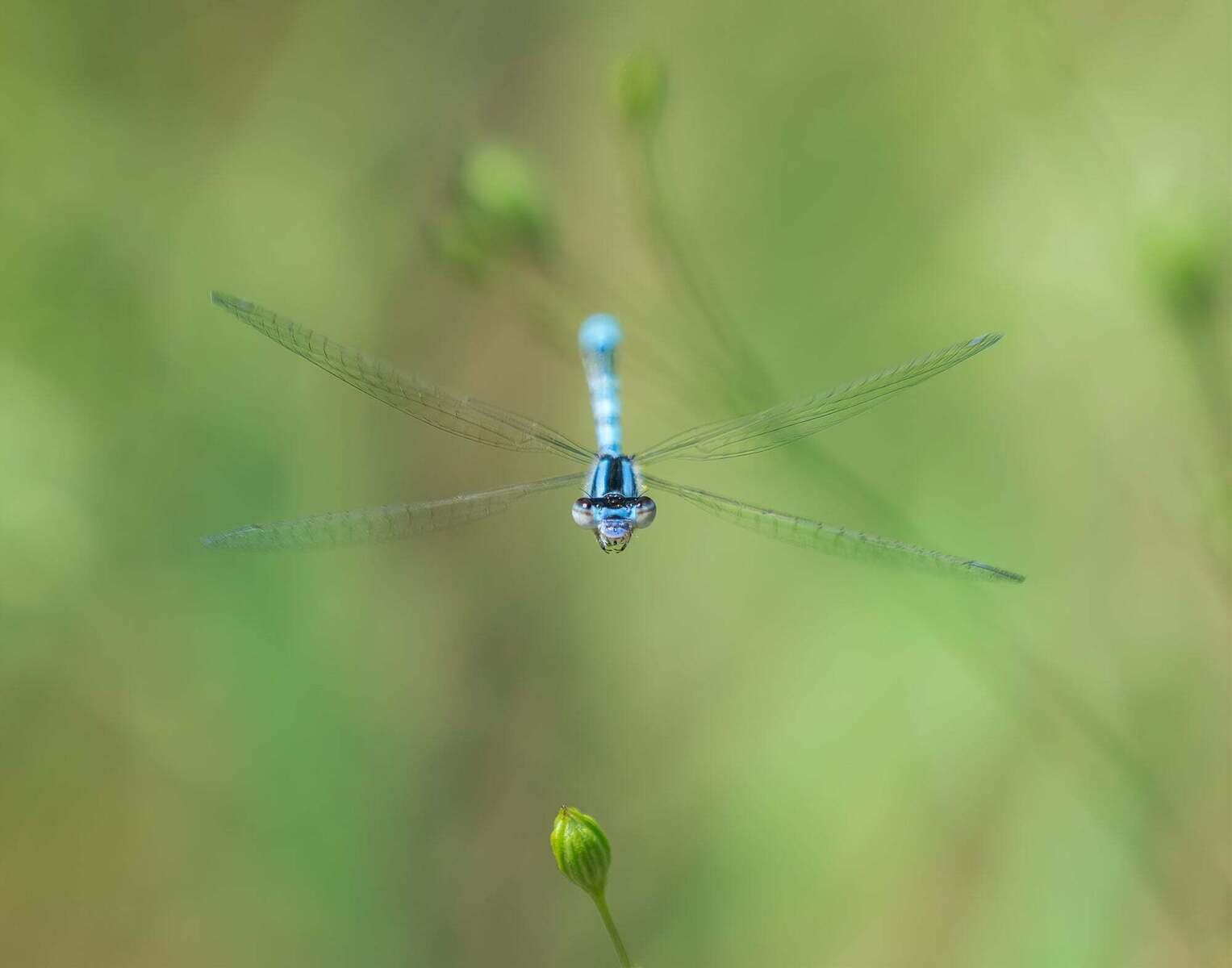 Jose Madrigal (@jmad_images) is a photographer focused on pollinators and dragonflies. He is particularly interested in shooting these insects in flight, loving the extra challenge. Madrigal teaches macro photography, has sold hundreds of artistic prints through galleries and art festivals, and is passionate about the subjects he photographs. He hopes that his work inspires the public to care more about these vulnerable creatures. We sat down with Madrigal for his top camera setup tips for photographing macro and insects in flight. See what he had to say below and get outside to see what you can capture in your frame! 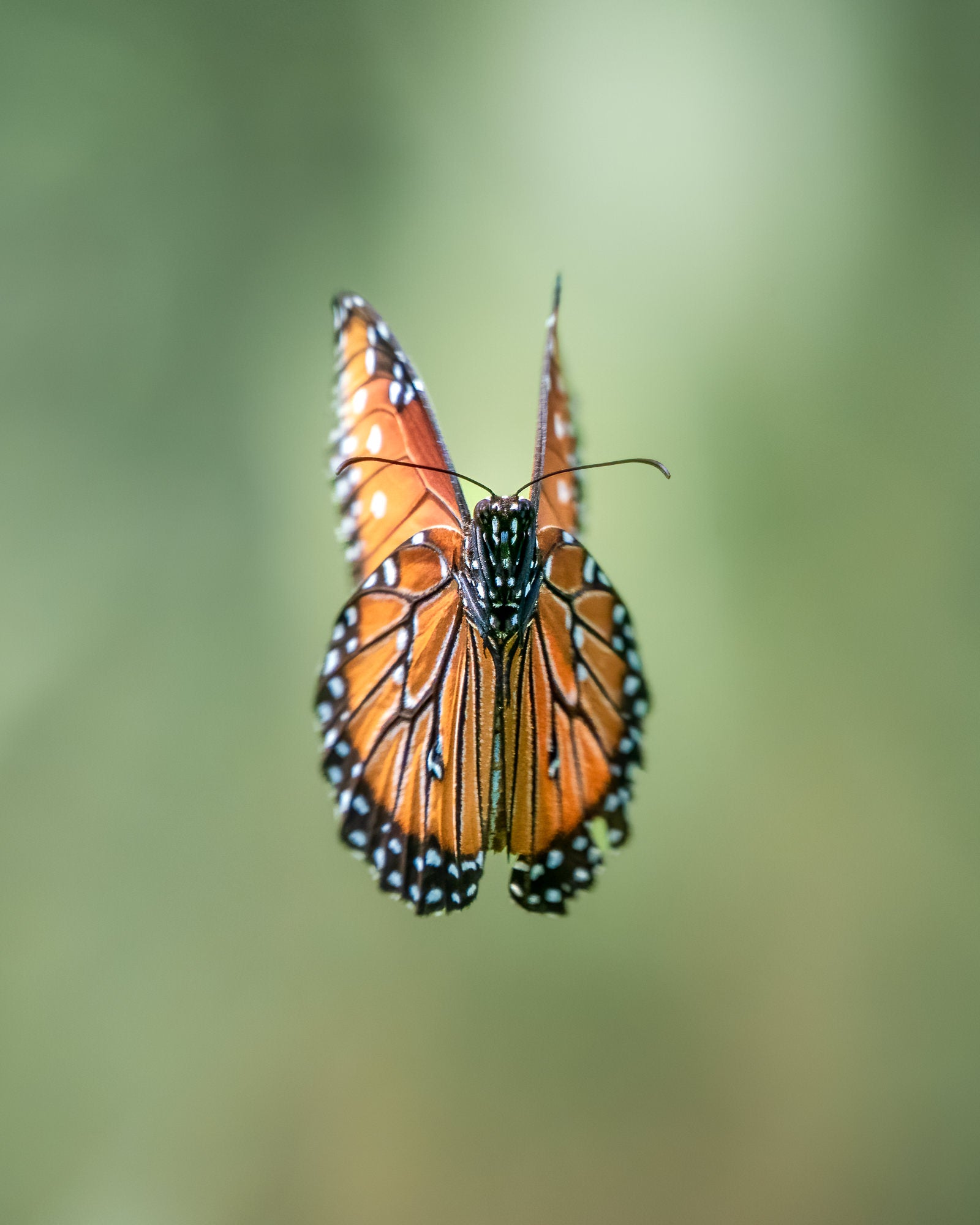 Photographer Jose Madrigal’s focus is on pollinators and dragonflies. Here he shares his top camera setup tips to capture a small world with big action.

I do a lot of in-flight insects and so some of them are a little less skittish and they'll let you get close to them. Those I can photograph with an actual macro lens. Then there's others that prefer you to keep your distance and so I use a telephoto lens for those situations.

For the macro setup, I primarily use the Sony 90mm f/2.8 Macro G lens. When I’m using the telephoto lens to shoot insects, I use the Sony 100-400mm f/4.5-5.6 G Master lens. The camera I use is the Sony Alpha 7R III and I’m happy with my camera. But I’m getting to the point where I’ve had it for about four years now, so I think this year I’ll upgrade to the Sony Alpha 7R IV.

When shooting insects in flight, you really want to free that motion, that’s what makes these images so fascinating. You get to see the action and detail that we can’t really see with the naked eye. And even if it’s not a flying creature - let’s say it’s a bee that’s going around a flower and pollinating, they still move really fast, so you’ll still want to freeze that motion. 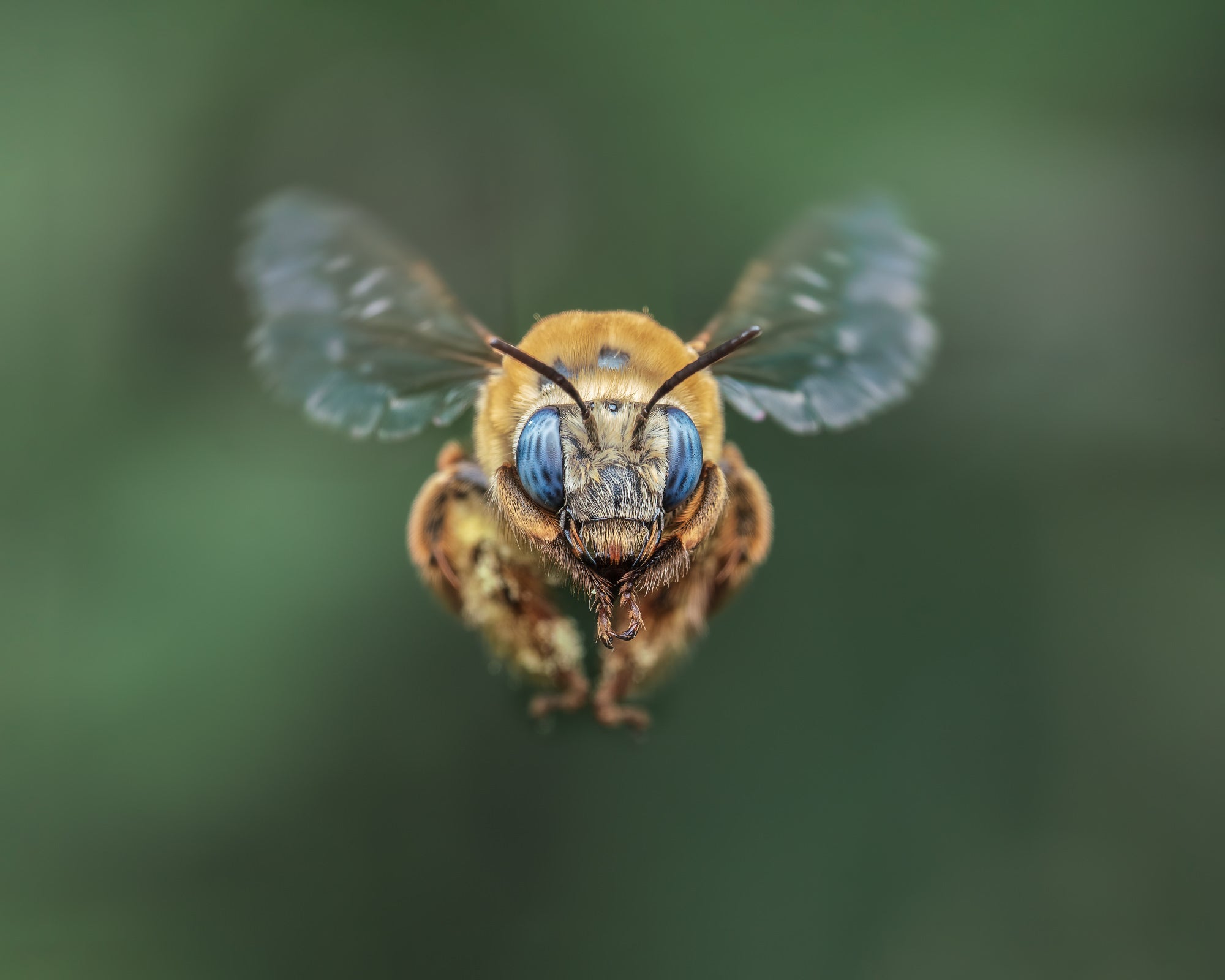 I would say the biggest difference between shooting with the telephoto lens versus the macro lens is that with a macro lens, I'm typically going to use flash and a diffuser as well so you don't get that harsh flash light. With flash you can be as  wide open as you want, as long as you don't let too much ambient light in because now the flash is going to do the job of freezing the subject.

The telephoto setup puts you too far away from your subject to use flash, so in those instances, you’re going to depend on natural light. To freeze motion with natural light. You want to be at least 1/800-sec.. When I'm shooting with natural light, I'll shoot anywhere between about 1/800-sec. to 1/600-sec. and maybe even a little bit faster if it's a really bright condition.

f/8 to f/11 tends to be the sharpest range of the lens. And f/10 just really seems to be the sweet spot for me with both my macro lens and the telephoto lens. So f/10 is just kind of that go-to and then I'll dial it down closer to eight if the natural light is starting to wane at the end of the day and I need a little bit more natural light. Or I'll crank it all the way up to f/13 or f/16 if I'm in a situation where I'm using artificial light with the macro lens, but f/10 is just kind of my jumping off point.

I shoot a combination of manual focus and autofocus, just depending on the situation and the subject. Manual focus is best if it's a stationary subject because you can be real precise. When you're shooting a human or an animal or something like that, the eyes are what should be in focus. And so making sure that the eyes are in perfect focus is just easier with manual focus versus autofocus for such tiny creatures.

However, when the insect is in flight - I’m just not fast enough to use manual focus, and that’s really when I rely on the Sony technology for help. I like to use the lock-on autofocus. I use as small of a spotter as possible so that it tells the camera exactly what I want to focus on. When you’re out in the field, you can’t control your backgrounds easily, so the camera will sometimes  opt to focus on something that has better contrast behind a subject or something like that. If you're using the wide autofocus, it will a lot of times choose the wrong things. So the selective spot and using a smaller medium spot is typically my go to . That's obviously a little bit harder, especially with an in-flight subject because you've got to be really precise. But with practice it becomes easier, just like hitting a 90 mile an hour fastball. 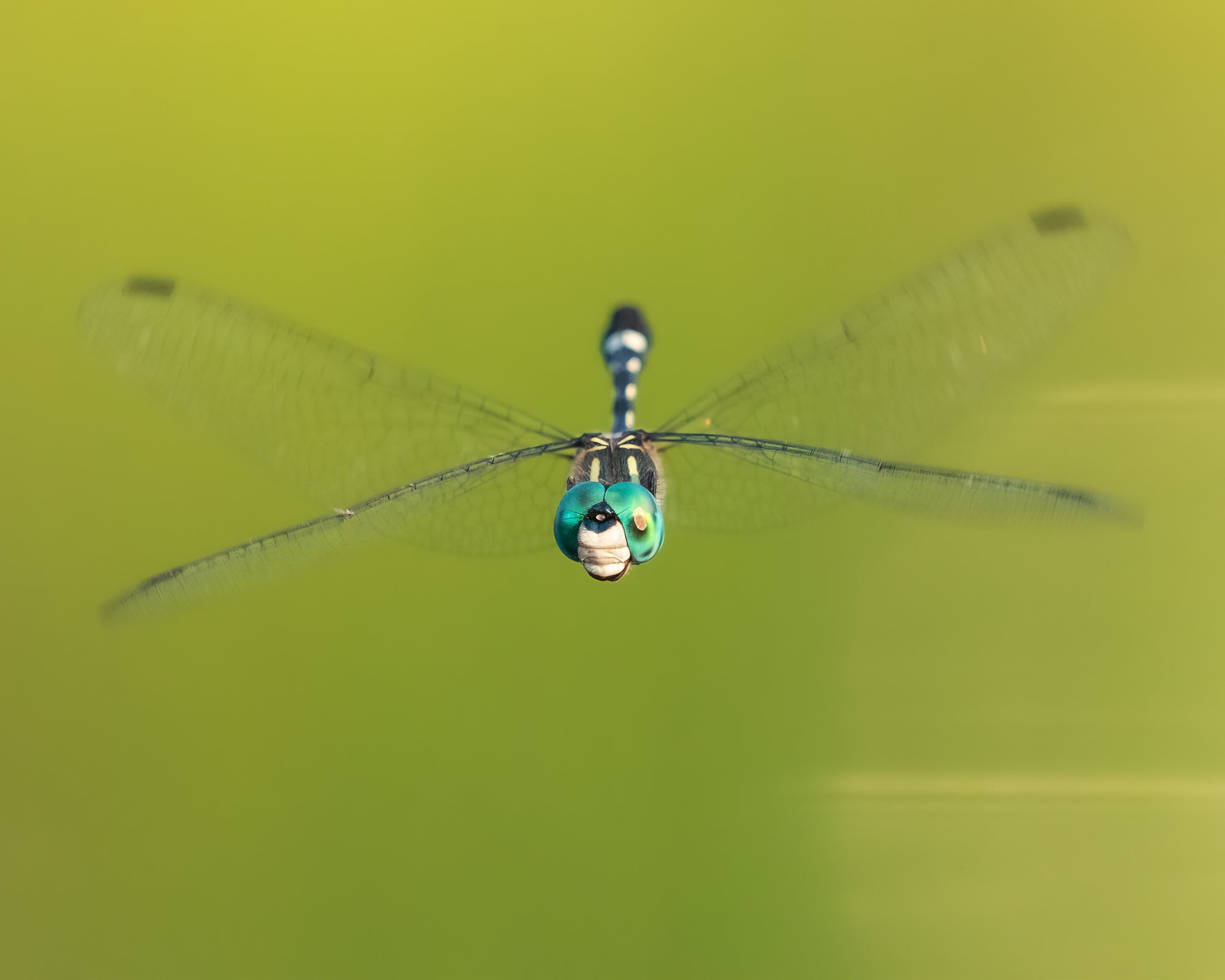 When I'm shooting in natural light at high speeds, I'm using continuous shutter and at the fastest setting because the difference between a shot where you nail the focus on the eyes and you nail it on the shoulder can be just that 1/10 of a second. So I'll rattle off about five shots in a row when I get a subject in flight and I've locked focus and then there's usually one or two in there that are perfect on the eyes.

The other reason why I like that is that it gives me more options in terms of the angle or the pose that I'm capturing the subject. Obviously, as living creatures who don't really care about us, we can't tell them to ‘please pose really nicely with your wings back and, you know, give me a little side eye or something like that.’ So, capturing them like that requires a lot of shots, just because a shot is in focus, doesn’t mean it’s a good shot. Continuous shooting helps me get good shots.

I have two memory recall modes set on my Sony. The first is my natural light setting where I'm, I'm set at 1/600-sec., f/10 and ISO auto - this is how I start off shooting on my telephoto setup. I then make slight adjustments for the particular situation.

My second setting is for when I'm shooting with the macro lens and flash. For that, I have it set at 1/200-sec., f/10 and ISO 200. And then I'll adjust on the fly from there. It’s important to note that you shouldn’t use auto ISO when using flash. 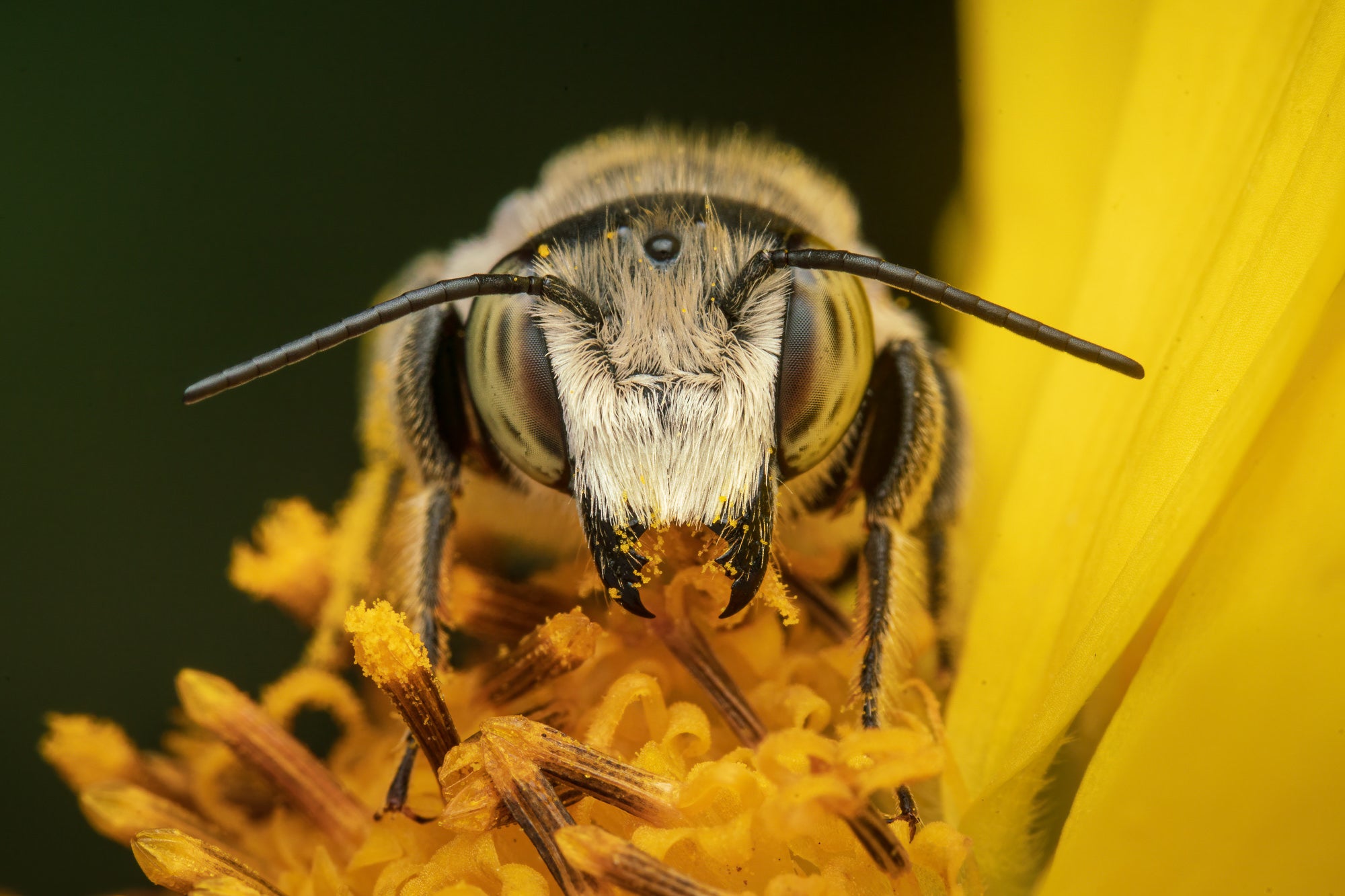 My final piece of advice isn’t really about camera settings but it’s super important to study your subject. Knowing its particular habits and tendencies will make it that much easier to get the shot. It also helps you dial in the correct settings, because you know what behavior to expect.

What’s In My Bag: This Is How Extreme Macro Is Done!

What’s In My Bag: This Is How Extreme Macro Is Done!