The Copa America soccer tournament is in full swing and Sony Artisan Gene Lower has been busy shooting the action on the field. Lower is the team photographer for the NFL’s Arizona Cardinals and he’s been covering pro soccer for the better part of two decades. We caught up with Lower between Copa America games to ask about how he gets the dramatic shots from the soccer sidelines. 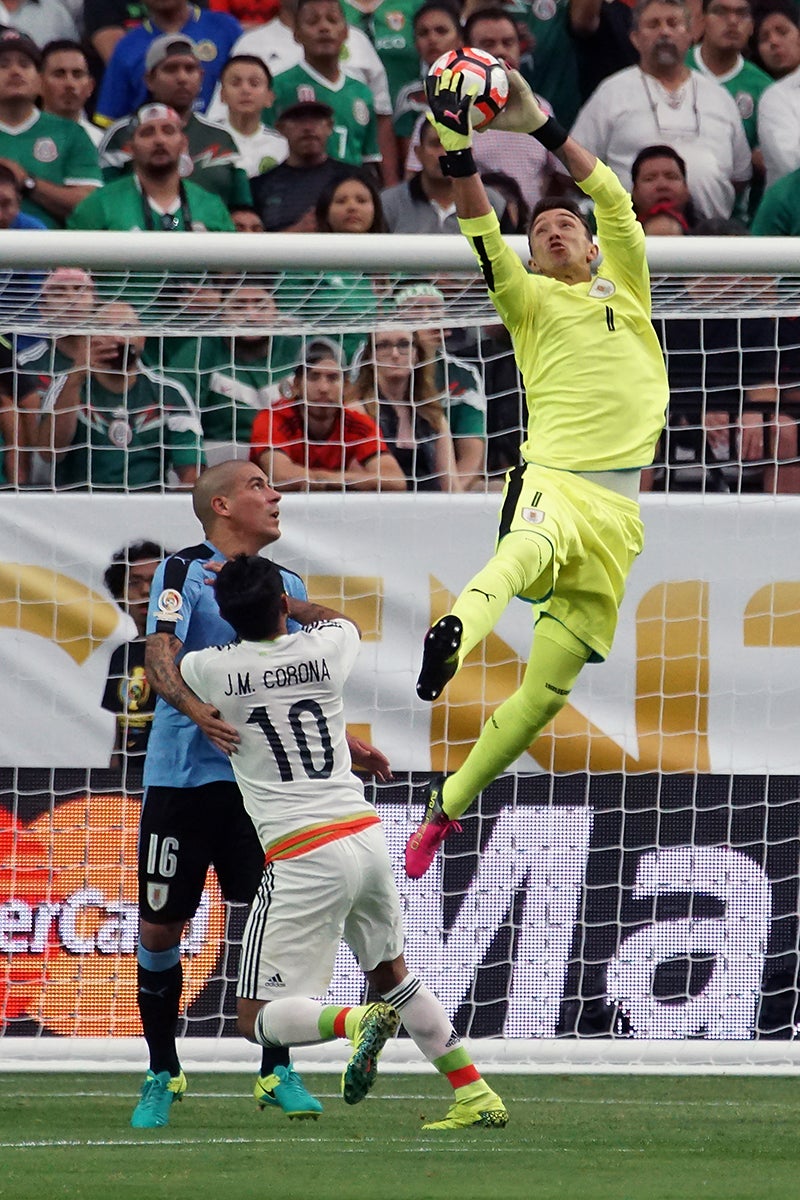 Alpha Universe: How long have you been photographing professional soccer?

Gene Lower: I have been covering both women’s and men’s pro soccer on and off throughout my career for the last 18 years, including matches between Team USA vs Mexico, Amy Wambach’s final tour on the US Women’s team before retirement, and now the Copa America. Next week I will also cover the third place game of the Copa America Soccer Tournament.

Alpha Universe: You’re also a pro football photographer. What are the main differences between your approach to both sports?

Gene Lower: Yes, I’m the team photographer for the Arizona Cardinals. In pro football there is pause between each play, where as in soccer, the clock is always running so the action never stops. Another major difference is that in football I can move around the field whenever I want, securing my desired angles for coverage. While covering soccer, at least at the Copa America I cannot move at all. I choose a desired shooting location, it’s first come first served, then I take my seat. 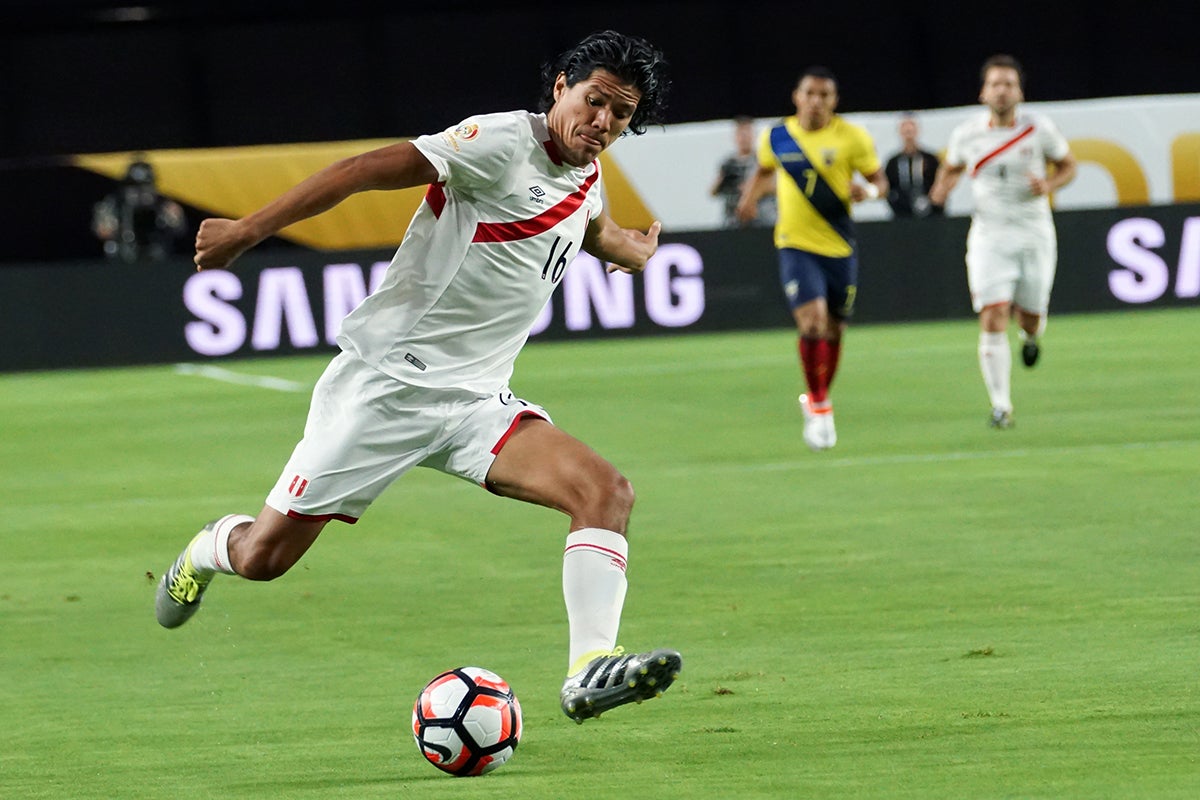 Alpha Universe: Can you describe the similarities to your approach to photographing both sports?

Gene Lower: Yes, there are many similarities between American football and soccer in the way that I cover a gam. In both cases having a lot of range with my lenses is key for me. At one moment the action can be 60 yards away, the next moment it’s right in front of you. This is what I love about being a sports photographer, you must be ready for the moment whenever and wherever it happens. I also place myself just inside of the corner of the soccer field, much like I do in the end zone during a football game so I always keep the action coming right at me. I also have similar responsibilities when I cover both sports. My shot list includes tight action, signage, fans, and wide angle shots of the venue. 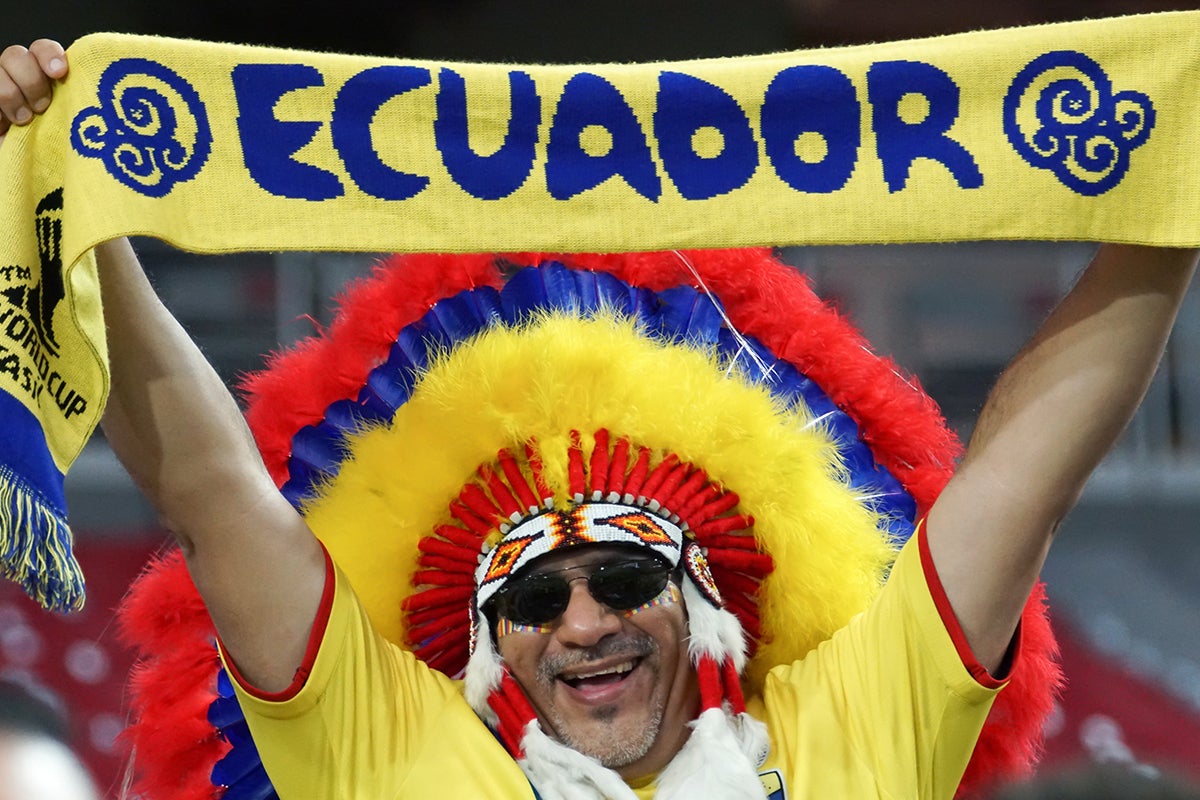 Alpha Universe: What gear are you using to photograph pro soccer? 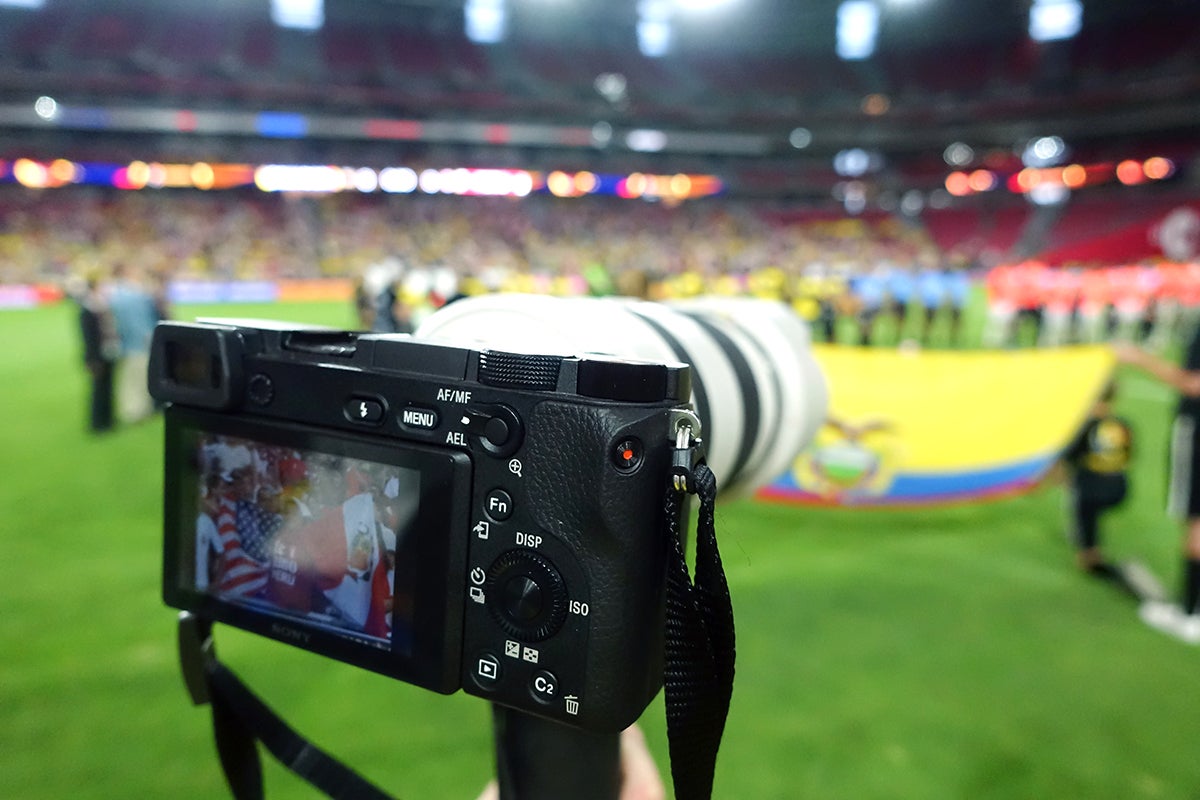 Alpha Universe: What’s the biggest challenge to photographing professional soccer and how do you overcome it?

Gene Lower: The biggest challenge in covering professional soccer is that you don’t know where the major action is going to take place so you never really know which side to sit on to be positioned for the best coverage. During the Copa America I pick a seat and I cannot move once the game starts, so I better be sure where I want to be. The soccer ball also moves fast all around the field between the players so tracking the action can be challenging at times. 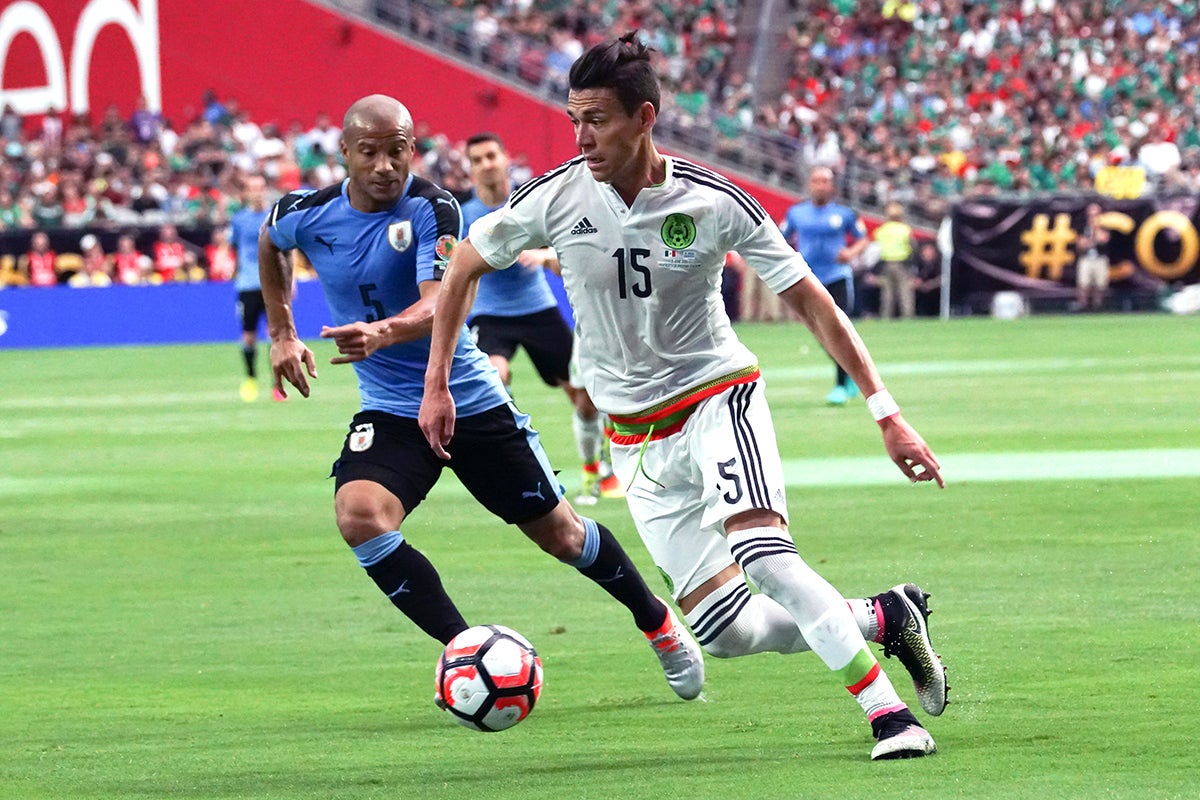 Alpha Universe: In American football, a dramatic catch in the end zone might be considered the defining shot…what is that defining shot is soccer and how do you plan for it? 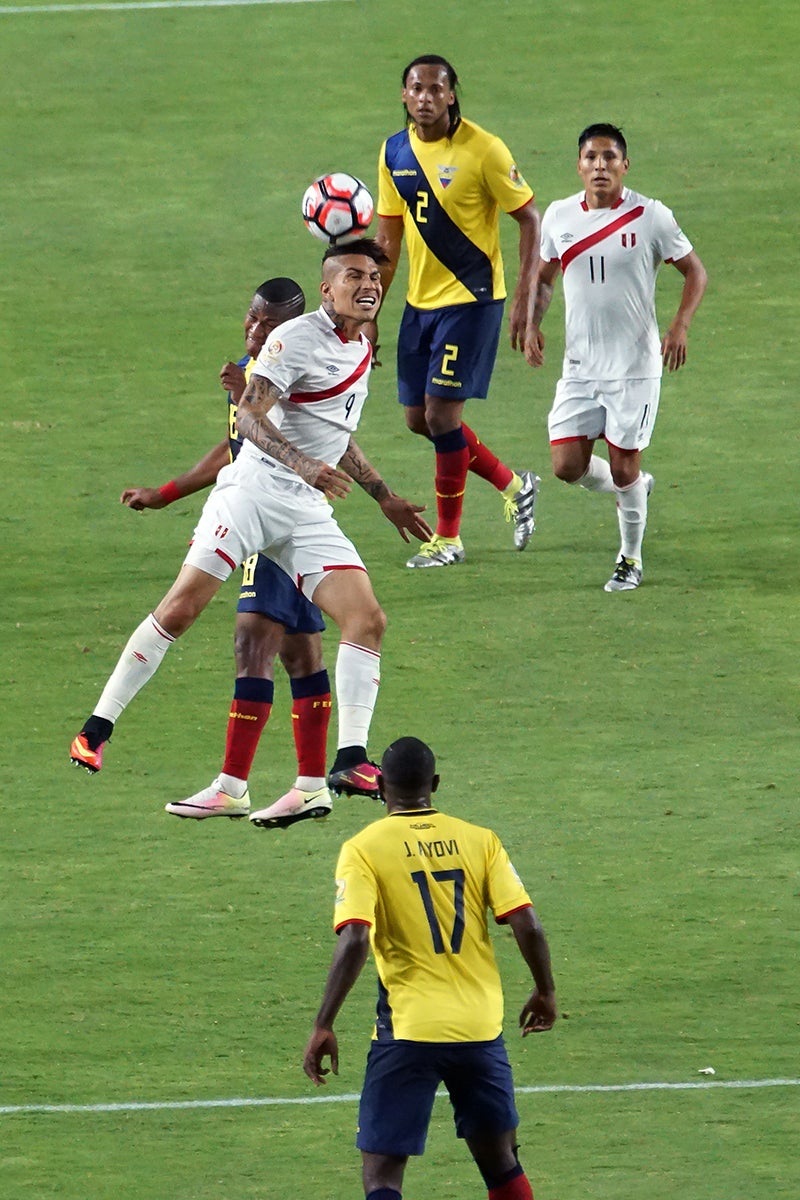 Alpha Universe: On any given weekend there are thousands of matches played in North America, from children’s leagues high-school and college to semi pro leagues, and at every one of those there are parents and enthusiasts struggling to get good photos of the game. Can you give them a tip or bit of advice that will improve their results?

Gene Lower: The biggest tip that I can give to anyone, pro or weekend warrior, when covering soccer is to stay in one place. Let the moment come to you. At the same time think about what images you would like to capture. For a parent, if your child is a forward, place yourself on the goal line they are attacking so you can capture the moment of attack on the goal. If your child is a defender, midfield is best so your superstar is always facing you.

I also find it advantages to stand on the opposite sideline to the bench, this opens up the opportunity to capture moments on the beach with ease. Also remember you need a fast shutter speed, I suggest 1/1000-sec. or higher to really freeze the action. 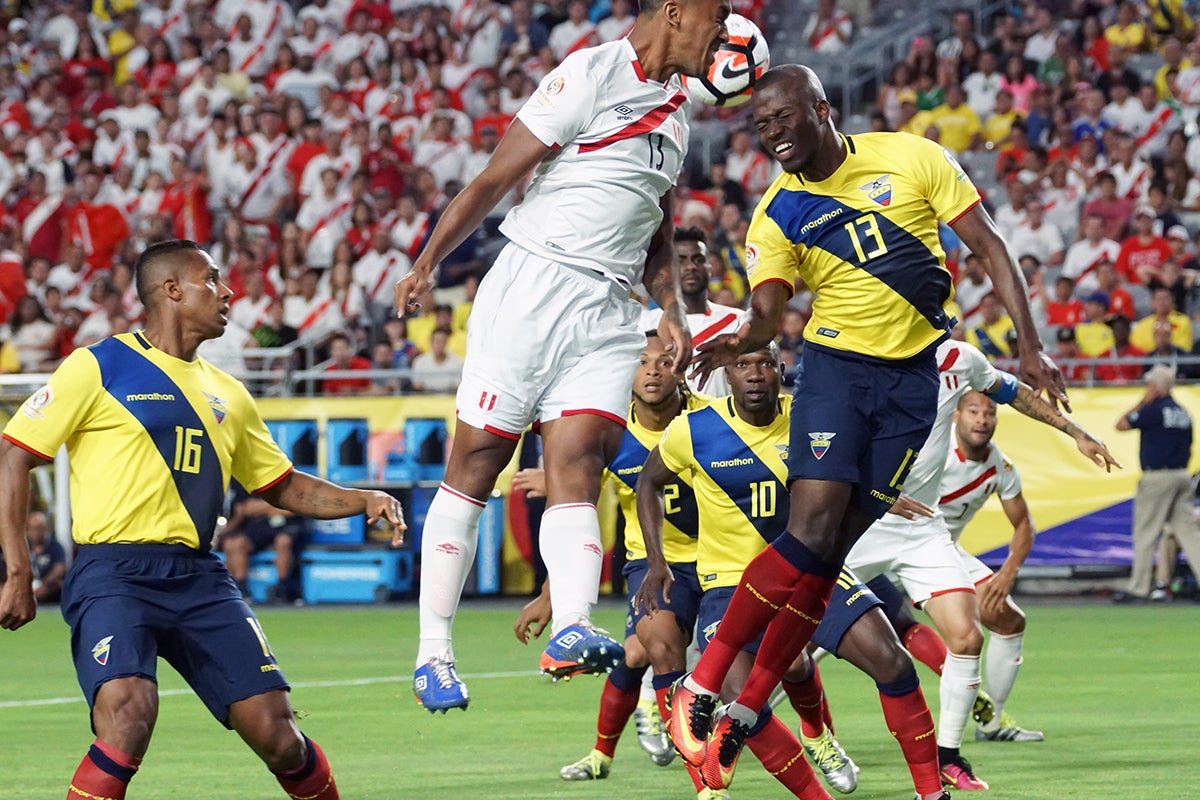 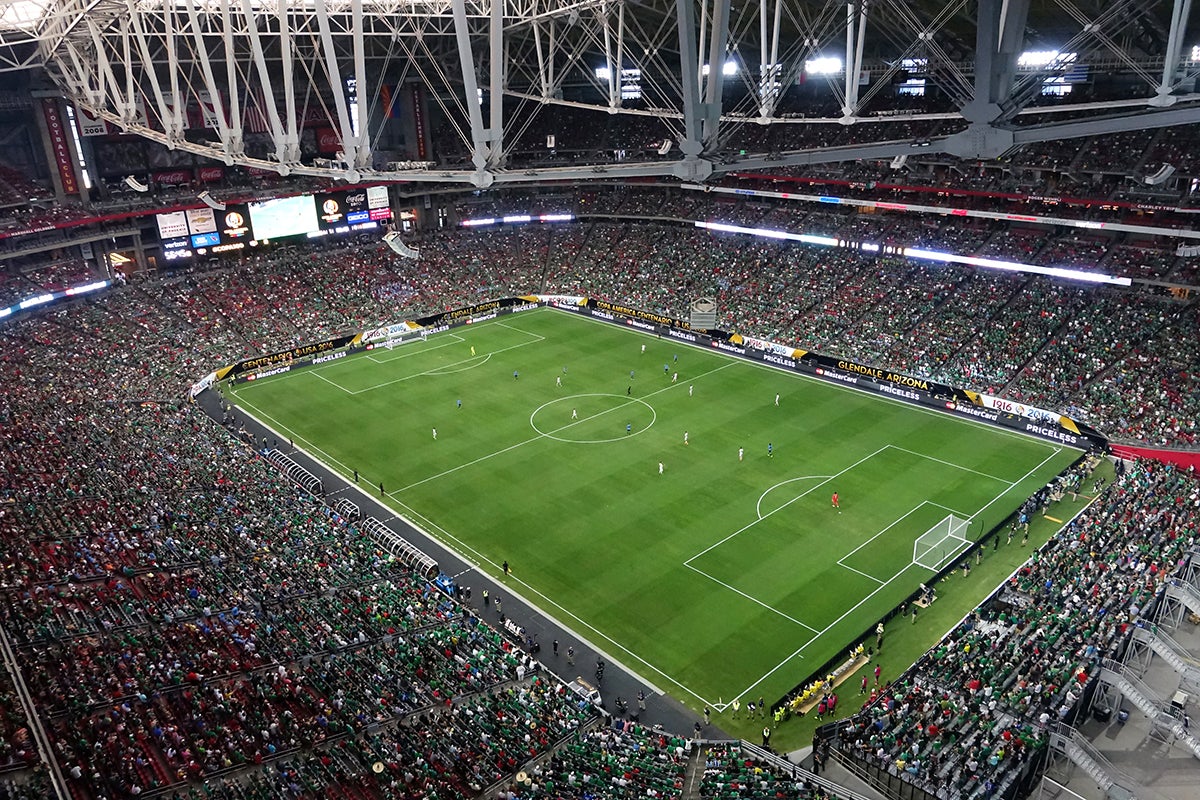 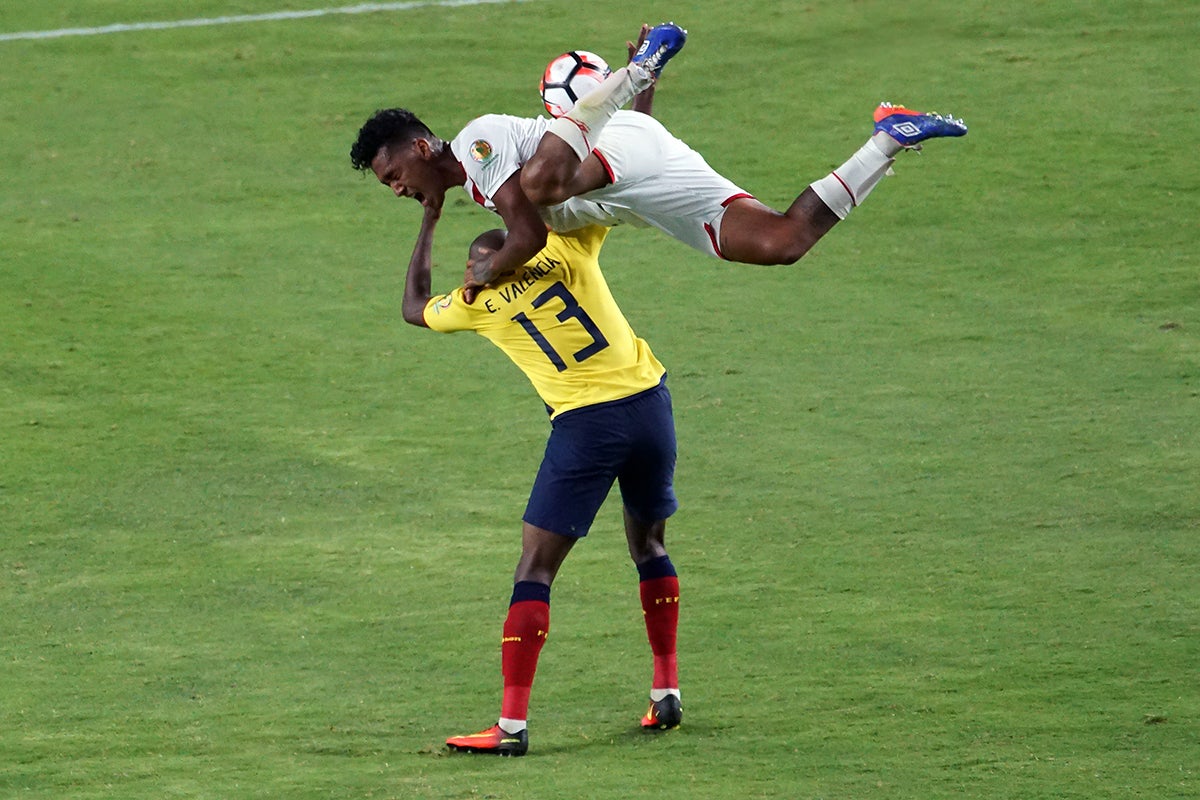