In the world of underwater photography and videography, Becky Kagan Schott is at the top of the pyramid. She’s a five-time Emmy-Award-winning underwater cameraman and her photos and articles frequently appear in the pages of the leading dive magazines. Never at rest, Becky lives the life of a global adventurer documenting wrecks in the deep, dark, cold of the Great Lakes, trekking to Antarctica and journeying to countless places in between.

The Ghost Fleet Of Chuuk Lagoon

The photographer and filmmaker recently returned to one of the most storied locations for wreck divers, Chuuk Lagoon in Micronesia. Although unknown to many people today, for a few days in 1944, the lagoon was the sight of one of the most intense and destructive battles in history. Truk as Chuuk was known at that time, was a base of operations for the combined Imperial Japanese Navy. In February of 1944, the United States launched Operation Hailstone targeting that fleet and, over the course of just three days, sank some 40 ships and destroyed more than 200 aircraft with a combined loss of life in the thousands. 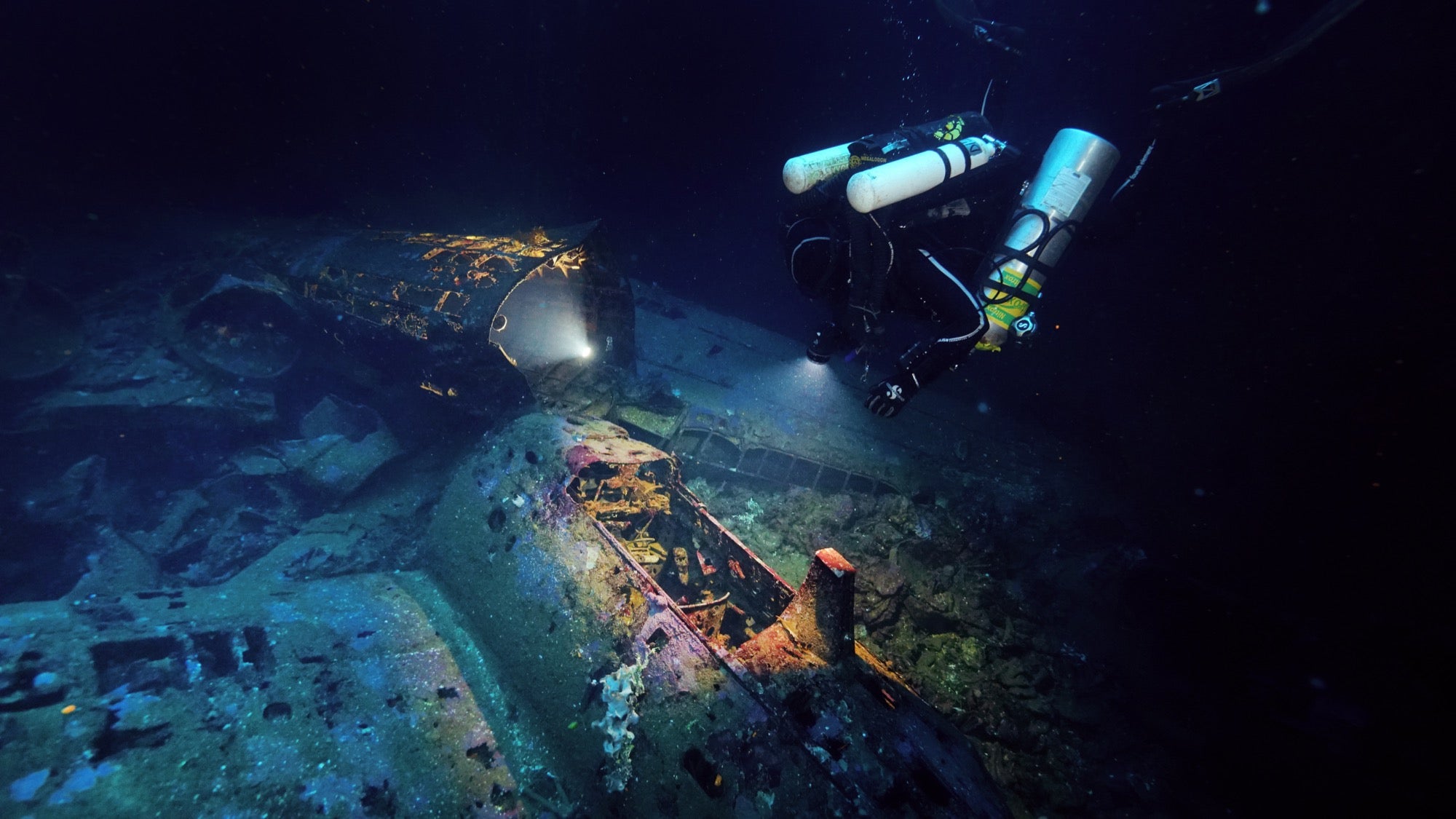 She continues, “There are about 40 shipwrecks, and they're all pretty close to each other in the lagoon. Most of them are in very shallow recreational depths and there are a handful that are deeper. At those depths and because I dive on a rebreather, it’s possible to spend a lot of time on each wreck on a single dive. Each wreck has its own history and story. Amid the guns and bombs and tanks and planes, there’s just a plethora of marine life covering them as well. The imagery is just mind-blowing.”

Amidst that scenery, however, one is constantly also surrounded by the somber recollection that these aren’t shipwrecks that were deposited for the amusement of underwater enthusiasts. Chuuk Lagoon is also a mass gravesite.

“It’s really humbling,” Becky says. “Unlike 10 years ago when I made my first trip there and I was just so overwhelmed and trying to process everything that I was seeing, I’m a much more experienced diver now, and much more experienced with shipwrecks. To see the destruction, and the human remains, and the sheer number of ships that were sunk in those three days, is really just incredibly humbling.” 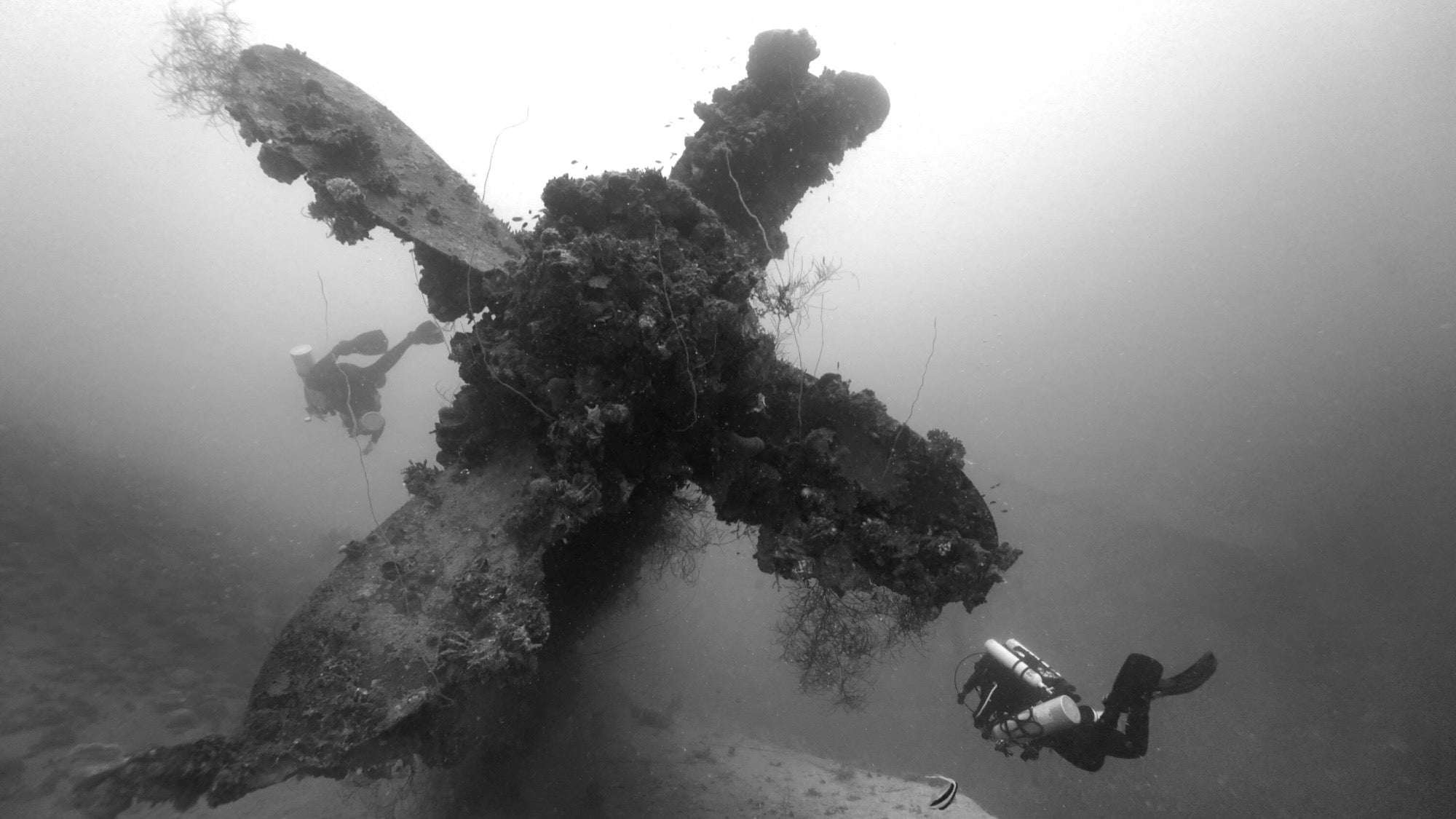 Documenting With Photos And Video

Part of the draw of Chuuk for Schott is her quest to tell the stories of the place and the people who died there. She explains, “It was a pretty huge event, and not everybody knows about Operation Hailstone, which is kind of shocking to me. When we’re diving on these wrecks where people lost their lives, we have a lot of respect. That's why one of the things that I’m drawn to when shooting stills or video on the wrecks is to try to tell the story and to try to bring that home. I want to show these shipwrecks to people that may not have ever heard of Operation Hailstone or know what happened there.”

While many of the world’s countless shipwrecks lie hundreds or even thousands of feet beneath the surface, one of the Chuuk’s attractions for photographers is the relatively shallow depths of so many of the wrecks. This creates two distinct advantages: one can spend more time per dive on a wreck, and there’s still plenty of natural sunlight shining through. “Some of these wrecks start in just 40 feet of water and the deepest point might be 100 or 120 feet to the sand. Your average depth is around 60 or 70 feet, and we because we’re on rebreathers, we can spend two to two and a half hours and still not rack up too much decompression time, which is absolutely incredible. Even for an open circuit diver, or somebody on a single tank, they can still go down and experience these shipwrecks and explore and photograph in an engine room, or a cargo hold where the planes, or tanks, or trucks are still parked.” 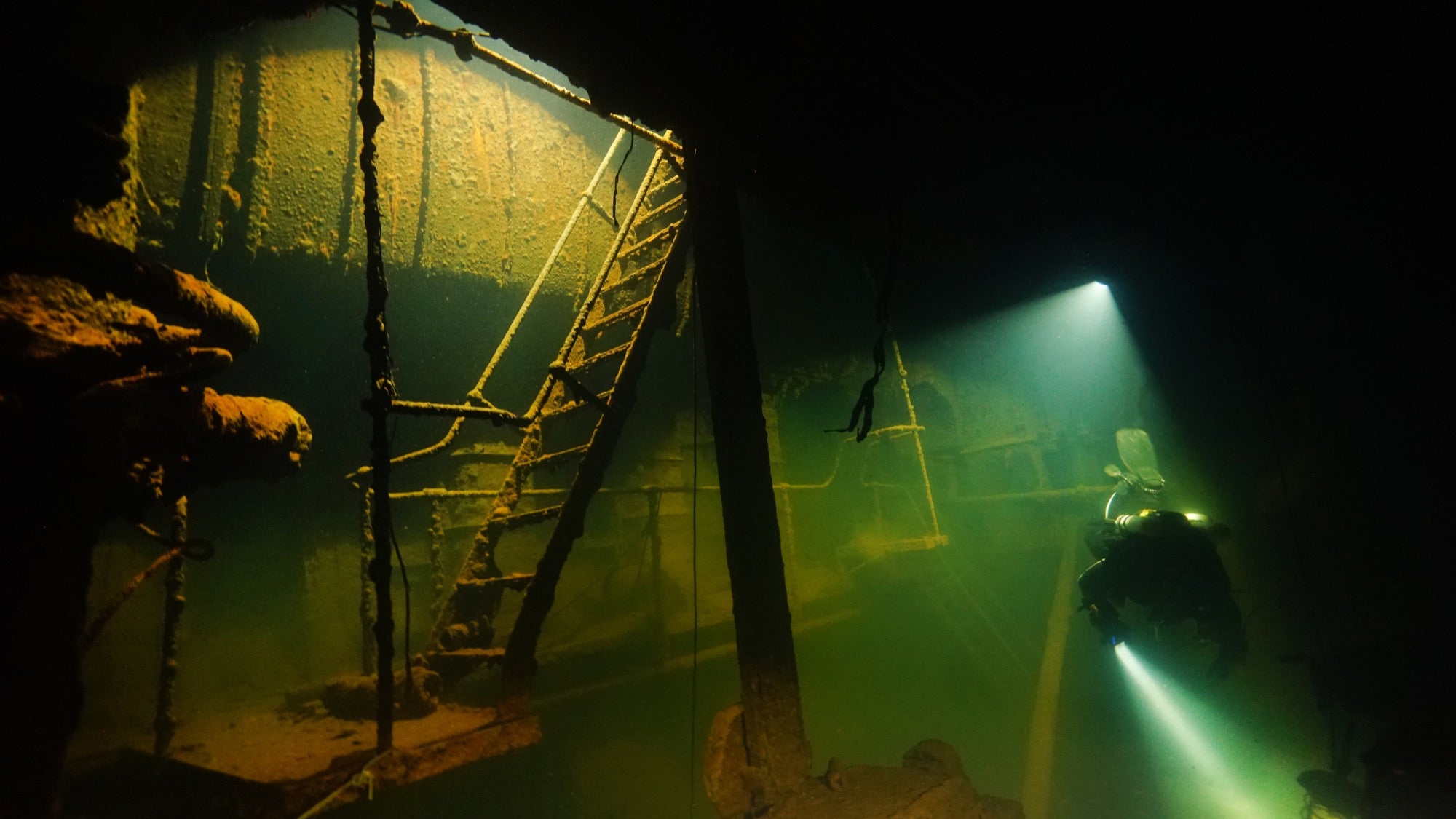 For a diver and photographer/filmmaker with Schott’s skills, it’s the wrecks that lie out of reach for most people that hold the greatest allure. Below 130 feet, where fewer have the training and equipment to safely go, Schott brought her camera to bear inside wrecks still laden with munitions. “I dove a wreck called the San Francisco Maru twice,” she says. “Part of the cargo is one hold just full of mines, and bombs, and detonators. I was around 200 feet deep, so my buddy and I just very, very carefully dropped into the cargo hold. As a photographer, part of me immediately wanted to be taking pictures. But another part of me was just admiring it in a way, and also coming to the realization of how all of these bombs would have been used if they didn't get put on the bottom of the lagoon like that.” 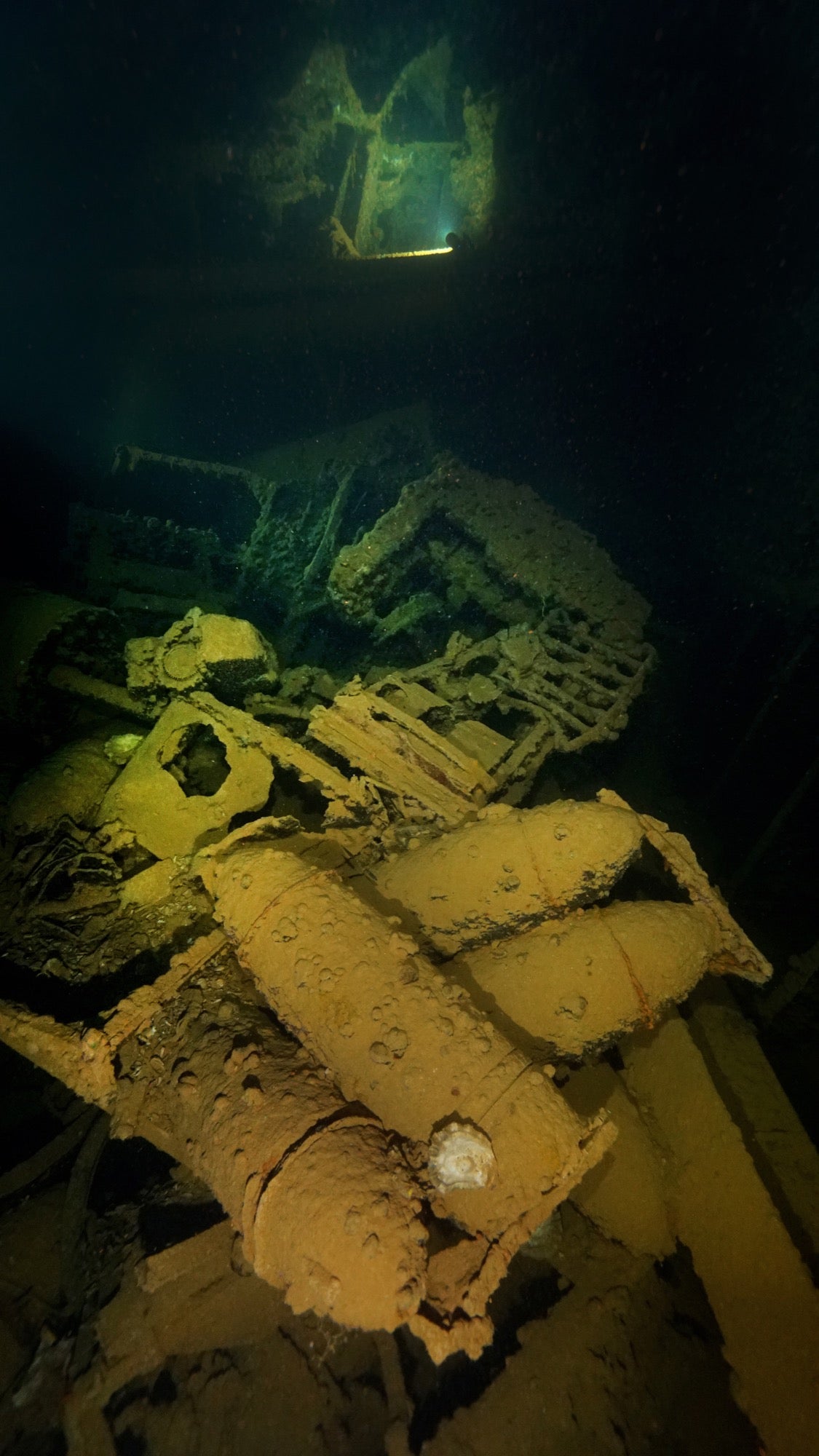 “It really sends chills down your spine even just looking at them because you know that the intention was to use all of these bombs and mines,” Schott continues. “So then the photographer part of me snapped back in and I started taking photos.” As she was working in the hold amid the unexploded munitions, special care was necessary as she explains. “I really made sure I was looking around me because there were mines and big bombs everywhere. I obviously didn't want to kick anything and my buddy watched my back because he didn't have a camera. We could see some mines just being held in place by bits of coral. I don't know what would happen if they fell and my buddy did get my attention once because I was coming up pretty close to one of them. You kind of don't breathe as you're in there. You get your shots and then when you're finished, you come out and you don't want to go back in there again.”

Becky Kagan Schott is a leading technical diver meaning she has the training to venture beyond the depths and dive times associated with recreational scuba. She’s also a rebreather expert and instructor. Many top underwater photographers and filmmakers choose to work with rebreathers for the extended dive times they offer as well as the lack of bubbles they create. Normal open-circuit scuba divers create a cloud of bubbles with every exhalation-creating noise, and that can make animals wary. With a rebreather, that doesn’t happen and the result is being able to approach wildlife without startling or stressing the animal. For photographers, it means being able to get some extraordinary up-close images.

Photographically, Schott used a Sony α6500 in a Fantasea housing in Chuuk. “I took the α6500 and for lights, I had Light & Motion SOLA 9600s. My primary lens was the Sony 10-18mm and I also had the Sony 16-50mm PZ lens. I took the Sony α6500 out there for several reasons. I've been really impressed with the video quality as well as the still image quality. I really wanted the opportunity to be able to shoot both high-quality video and stills because I knew I might only get one chance to dive on each shipwreck. My main goal was stills on this trip, but knowing I could start switch to shooting high-quality video during a dive gave me options.” 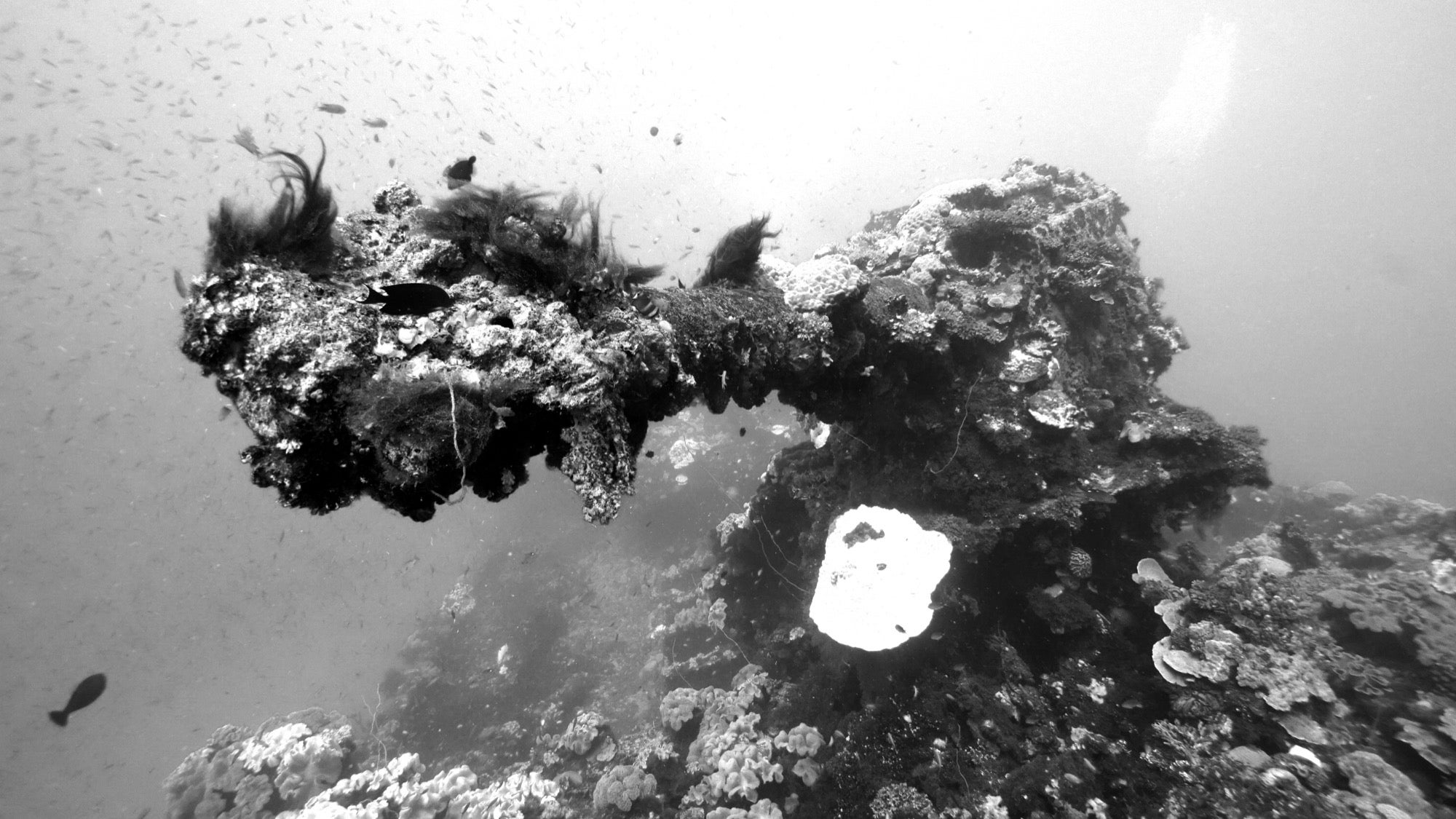 She continues, “I’ve used the Fantasea housings in everything from 38- to 86-degree water and they’ve been reliable. They're very light and ergonomic and they're very easy to use in the water. They've been working out really well and they’re maybe five pounds total to travel with, including the port and everything else. I can just put it in my backpack and I don’t have to worry about it being lost in checked luggage. My whole α6500 cameras system is so small in size and easy to travel with. When I’m going to the other side of the world, that’s important to me.”

Even as the global transportation web grows, Chuuk remains a remote place that’s not easy to get to. It’s well worth the effort for photographers and filmmakers like Schott who recognize that the sea is an aggressive enemy and history is at stake. More than 70 years after Operation Hailstone, Chuuk’s warm salt water is slowly reclaiming the 200,000 tons of sunk ships and the remains of the sailors who lie at rest there. “We’re in a race to document these things before mother nature takes over and they deteriorate and fall apart even more,” Schott explains. “I saw differences between when I was there 10 years ago and now. Structures in the ships are decaying and crumbling, cargo in the holds is deteriorating and falling apart. Also some of the wrecks are shifting on the bottom and starting to collapse. It’s fortunate that the lagoon doesn’t have a lot of current so we still do have some time, but it’s not infinite.”

Amid the accelerating deterioration, photographers and filmmakers like Becky Kagan Schott continue working against time and the elements in a never-quite-done effort to fully document and explore the lagoon and preserve the memory of what happened there.

Becky Kagan Schott is an Emmy-Award-winning filmmaker. You can see more about her at liquidproductions.com.

Unraveling Mysteries in the Deep, Dark and Cold

Unraveling Mysteries in the Deep, Dark and Cold