Recently, I had a conversation with a friend about what makes a lens good for astrophotography. My friend said he preferred a wide lens so that he could get more sky (and therefore stars) into the frame. It’s true that the wider the lens, the more you can fit in the frame, however, that’s not always the best choice for the scene. In this article I will explain what you should look for in a lens for night shooting, why an ultra-wide angle lens isn’t always the best lens for an astro shoot and my top choices when I’m going out to shoot under the stars.

If you examine the image closely, the stars look round and tight. I have not seen this level of sharpness from any other lens at such a wide aperture.

It’s All About Composition

When choosing a lens, the first consideration is always composition. Wide angle lenses offer so much more than just being able to fit a larger scene into the frame; the lens distortion that is built into wide angles allows you to stretch the elements on the outer edge of the frame to create leading lines, or make certain elements like mountain peaks look more imposing. Because of this distortion, however, elements in the center of the frame appear very small. Therefore, from a compositional perspective, a mountain in the center of a wide-angle lens will fill enough of the frame to be a focal point, whereas a cabin on the lakeshore may look lost in the composition. Also, lens distortion has a few drawbacks for night shooting, as it can distort the shape of the stars. This is especially noticeable toward the outer edges of the frame. 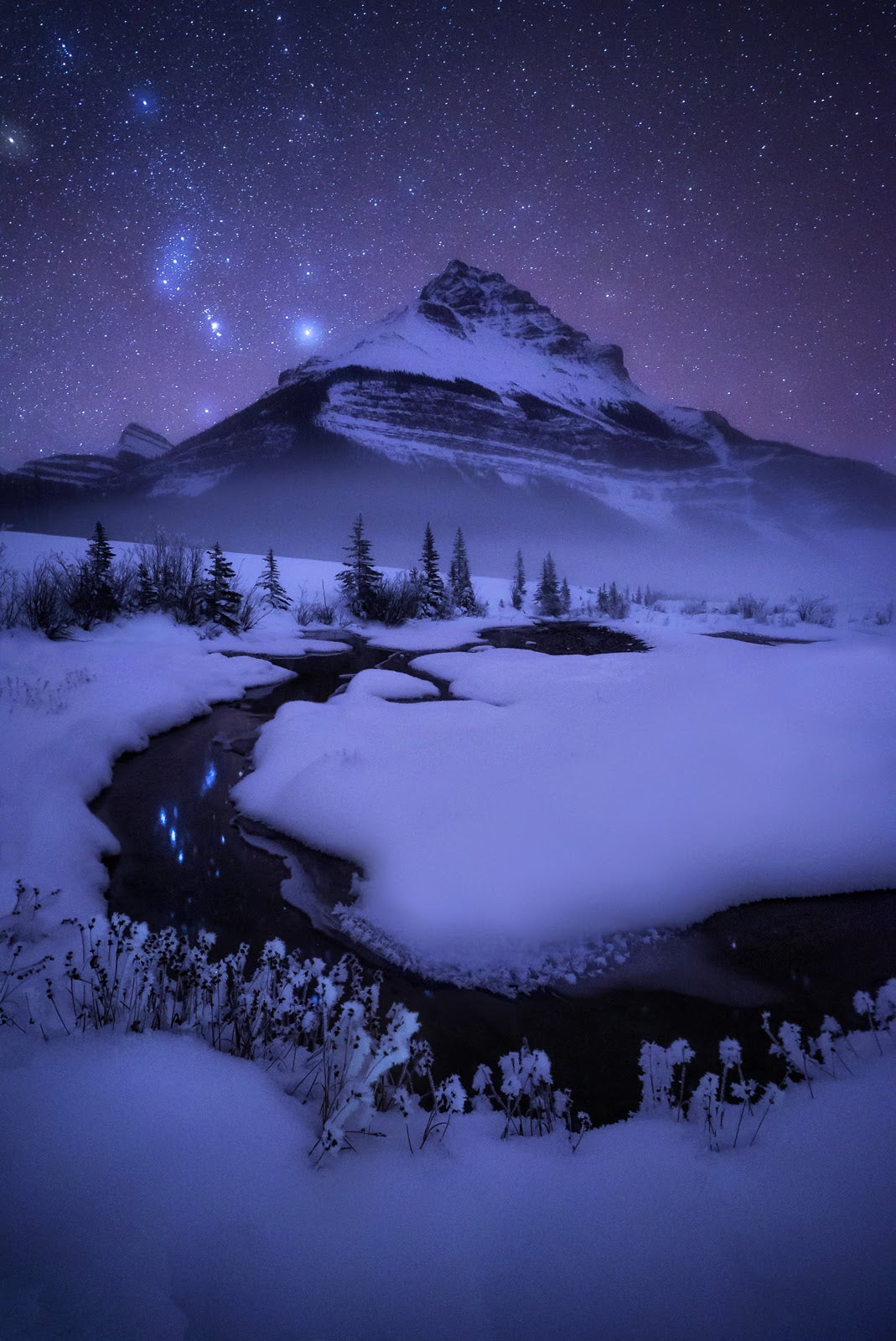 You can use the perspective of very wide angle lenses to your advantage to create leading lines and to get creative with the relationship between foreground, background and sky.

Even with the distortion that comes with wider angle lenses, they do fill a compositional need and I almost always have one with me. My current favorite ultra-wide-angle lens is the Sony 12-24mm f/4 G. This lens is sharp and versatile. Shooting at 12mm, it allows me to create really unique compositions using very small foregrounds, and to get creative in ways that I cannot achieve with longer focal lengths. I also carry the 16-35mm f/2.8 G Master which I use when I don’t need the ultra-wide 12mm. The 16-35mm GM gives me an extra stop and has some extra focal length to create a different look. 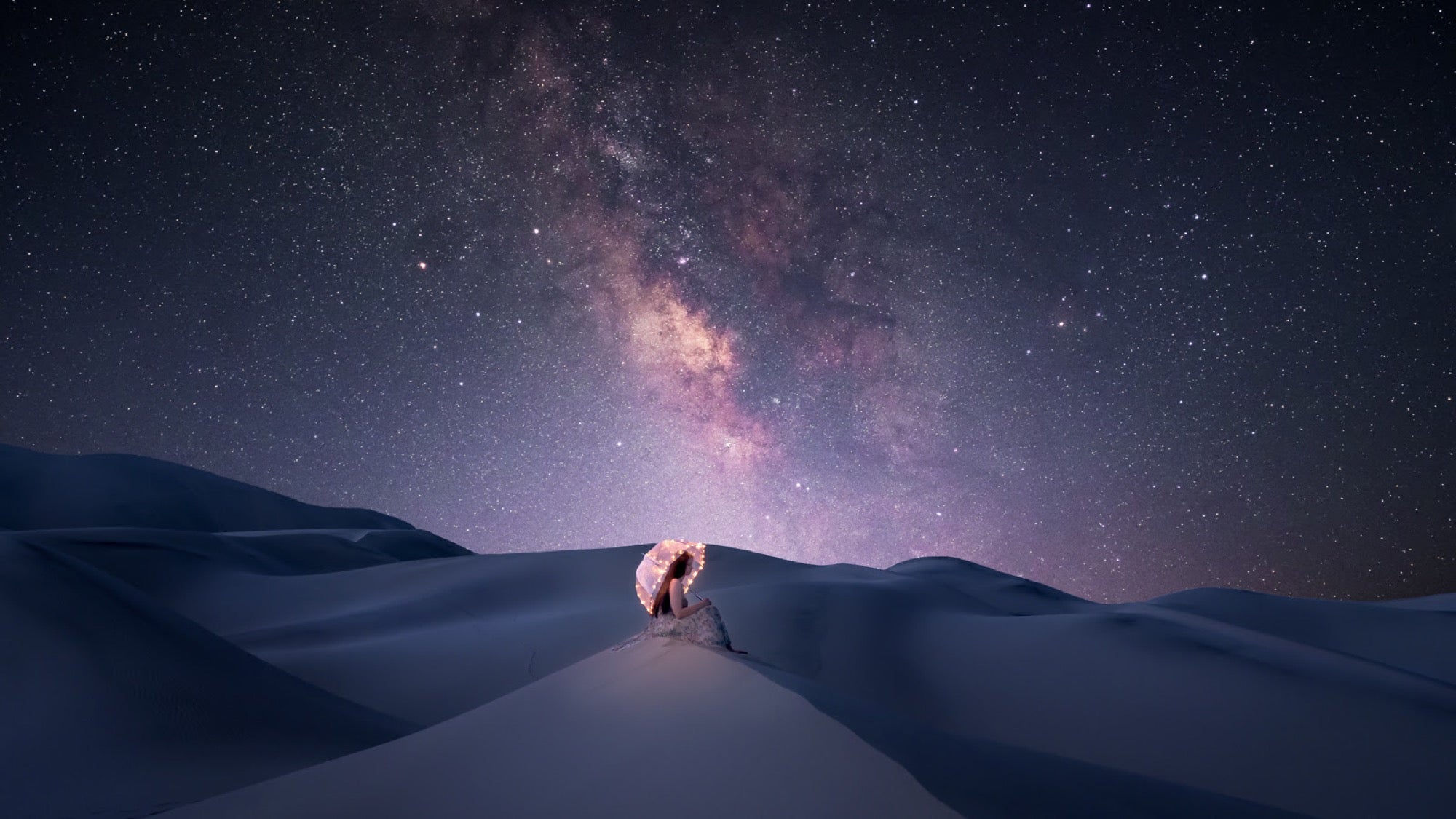 Let The Light In

Once you have your composition figured out, the second biggest consideration for stellar astro images is light. Ambient light (moonlight, light pollution, or creative lighting), as well as the light gathering capabilities of your camera and lens, plays a big role in achieving depth in your images.

On new moon nights the sky can be very dark. On nights with little ambient light, you’ll want to reach for the lens in your kit that lets in the most light.

Just recently, I had a chance to try out the new Sony 24mm f/1.4 G Master. This lens is a low light monster. My first shoot with it was during twilight. There’s a special quality to the light in these few minutes as day transitions to night. 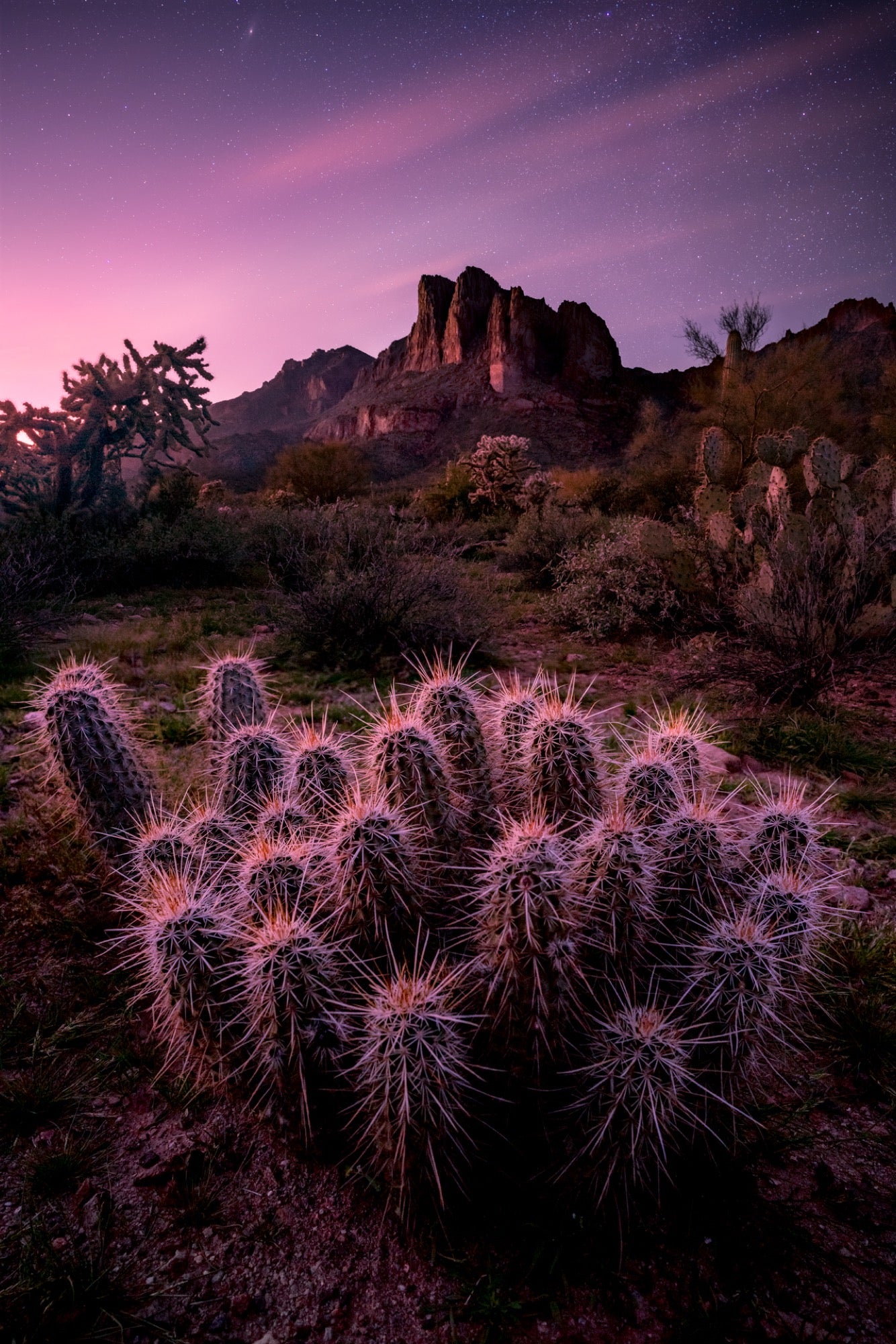 With sunset giving way to night, I was able to capture incredible detail in the Milky Way, at incredibly short shutter times. Shutter speed and aperture work hand in hand. The longer your shutter speed, the more light you will let into the camera. However, with longer shutter speeds you are more likely to see star trailing, whereby stars begin to look like streaks rather than pinpoints. 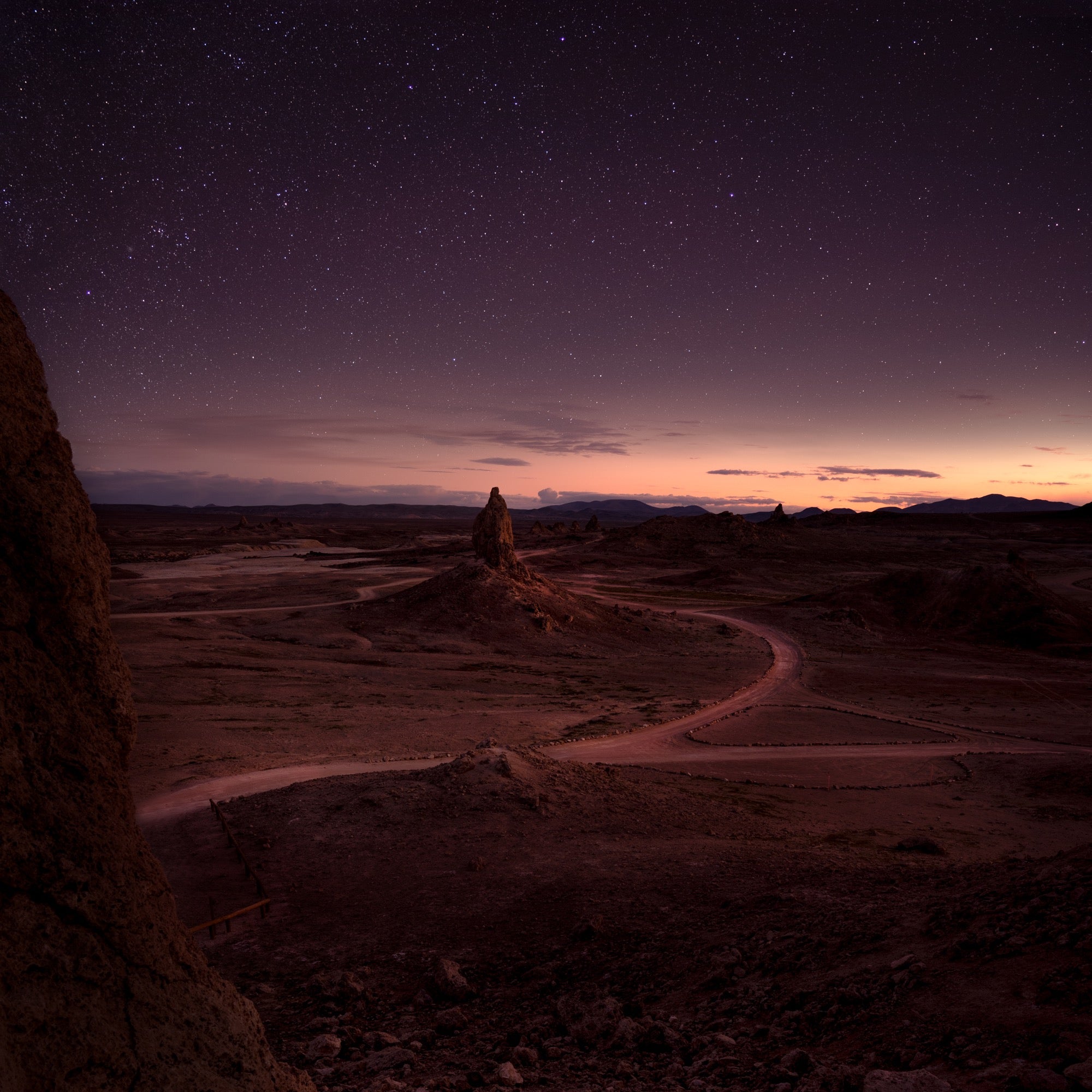 I paired the 24mm GM with my Sony α7R III for a timelapse at an arch in Alabama Hills. The 24mm was the perfect focal length for the composition, and I love how much of the sky is filled with the Milky Way. I shot each frame at ISO 3200 for 13 seconds and f/2.8 to have the depth of field to get both the stars and the arch in focus. In a still image, 13 seconds would result in some star trailing at a focal length of 24mm, but I wanted to let as much light into the camera as possible. Because the stars are moving in the finished timelapse, you don’t really notice the stars trailing.

I’m a pixel-peeper. When I edit an image I want my stars to be sharp and round. A good astro lens is one that captures sharp stars with the least amount of coma. Comatic aberration (not to be confused with chromatic aberration) is caused by designs or flaws in the glass which results in stars appearing distorted, or like they have little tails. This is especially characteristic of wider focal lengths. A little bit of coma won’t even be noticed if you are posting pictures online. However, if you plan to print your image six feet wide, you’ll notice every little imperfection.

At its widest aperture (f/1.4), I saw very little if any coma in the Sony 24mm f/1.4 GM. And as the aperture decreased toward f/2.5, there was zero coma. The image below was shot at f/1.4, ISO 6400, for 3.2 seconds. If you examine the image closely, the stars look round and tight. I have not seen this level of sharpness from any other lens at such a wide aperture. 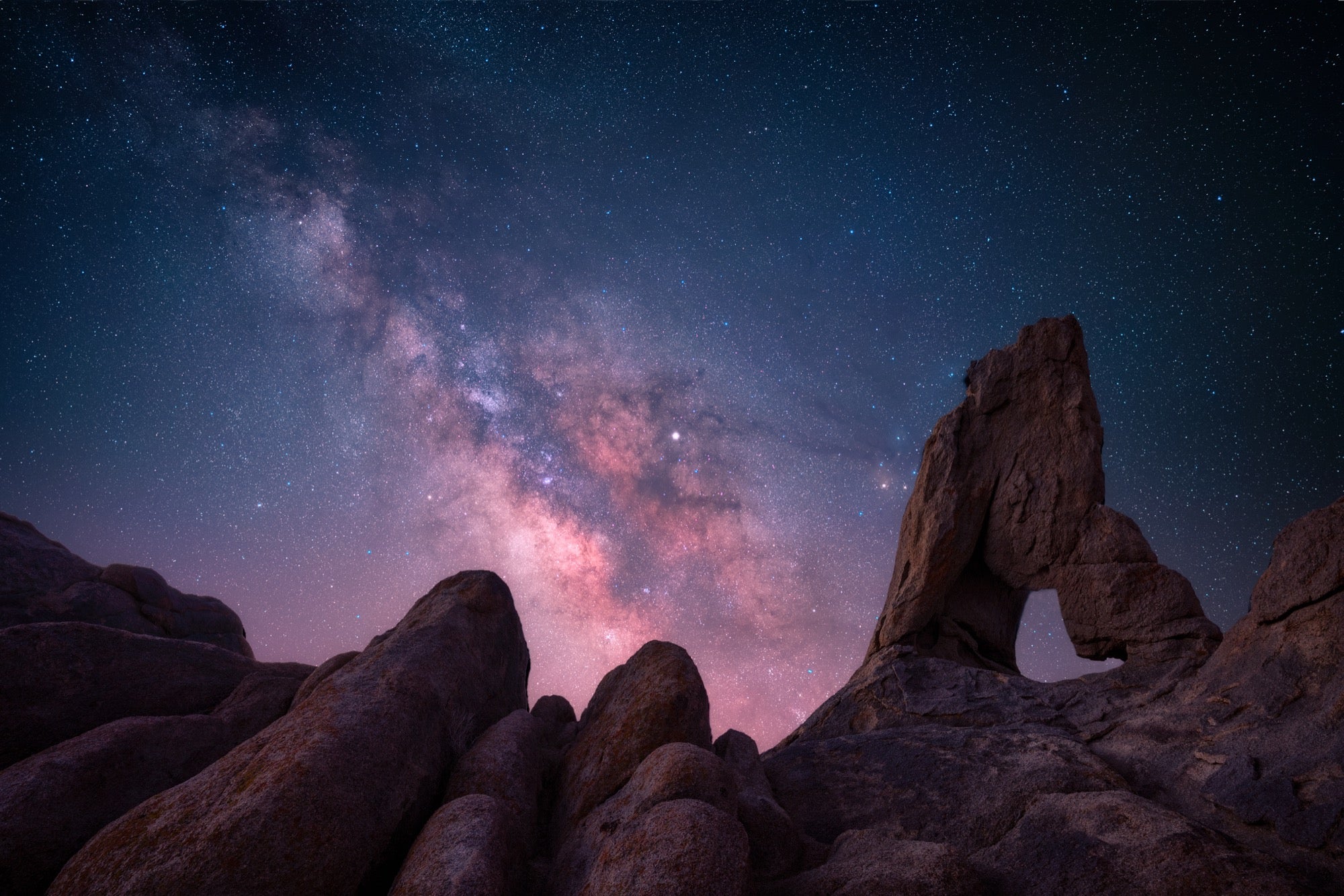 So what is the best lens for astrophotography? I’ll give you the somewhat unsatisfying answer that my psychology professor used to give to me: “Well, that depends.“ You’ll want to consider your composition, the ambient light and sharpness of your lens. For astrophotography, I carry the Sony 16-35mm f/2.8 G Master, Sony 12-24mm f/4 G, the Zeiss Batis 18mm f/2.8, and now, the low light monster Sony 24mm f/1.4 G Master.

In January I embarked on a personal challenge to spend #100NightsUnderTheStars. If you want to see how I push the limits of my gear (and my endurance!), or connect with me to chat about lens choices, follow along on my adventures on Instagram @rachel_jones_ross.