The British Virgin Islands are a living postcard... a photographer's paradise of scenery and culture. Ten members of the Sony Alpha Imaging Collective (Tiffany Nguyen @tiffpenguin, Kyle Huber @asenseofhuber, Eric Rubens @erubes1, Mike Marcheco @spacebypixel, Scott Wesson @thetravelvibe, Jason Frankle @worldpins, Oscar Nilsson @oscarwastaken, Garrett King @shortstache, Zach Allia @zachallia, Eric Ward @littlecoal) spent a week exploring the Caribbean territory with a goal: Capture the BVIs from above, below and every possible angle. With an array of the latest cameras and lenses including the new professional α9 and the 12-24mm f/4 G lens, they set out on a whirlwind photography safari.

White sandy beaches give way to the lush green that covers the hills of Virgin Gorda and Tortola. It’s a stunning setting to shoot sunrises and sunsets as the colors slowly advance and retreat over the island vista. It’s also the ideal spot to experiment with timelapse. We’ll have an article by Alpha Imaging Collective member Eric Rubens (@erubes1) showing his timelapse techniques from the islands. 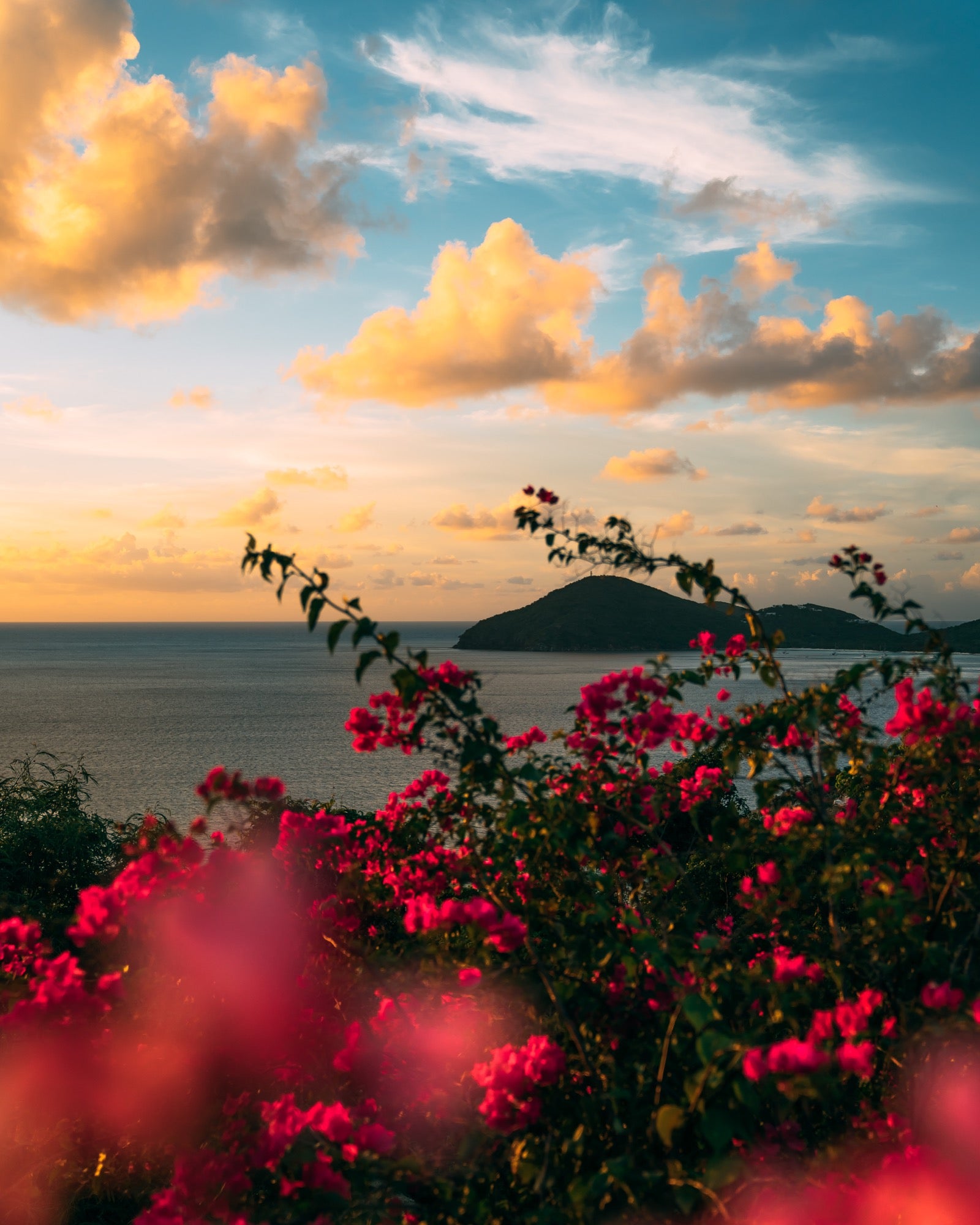 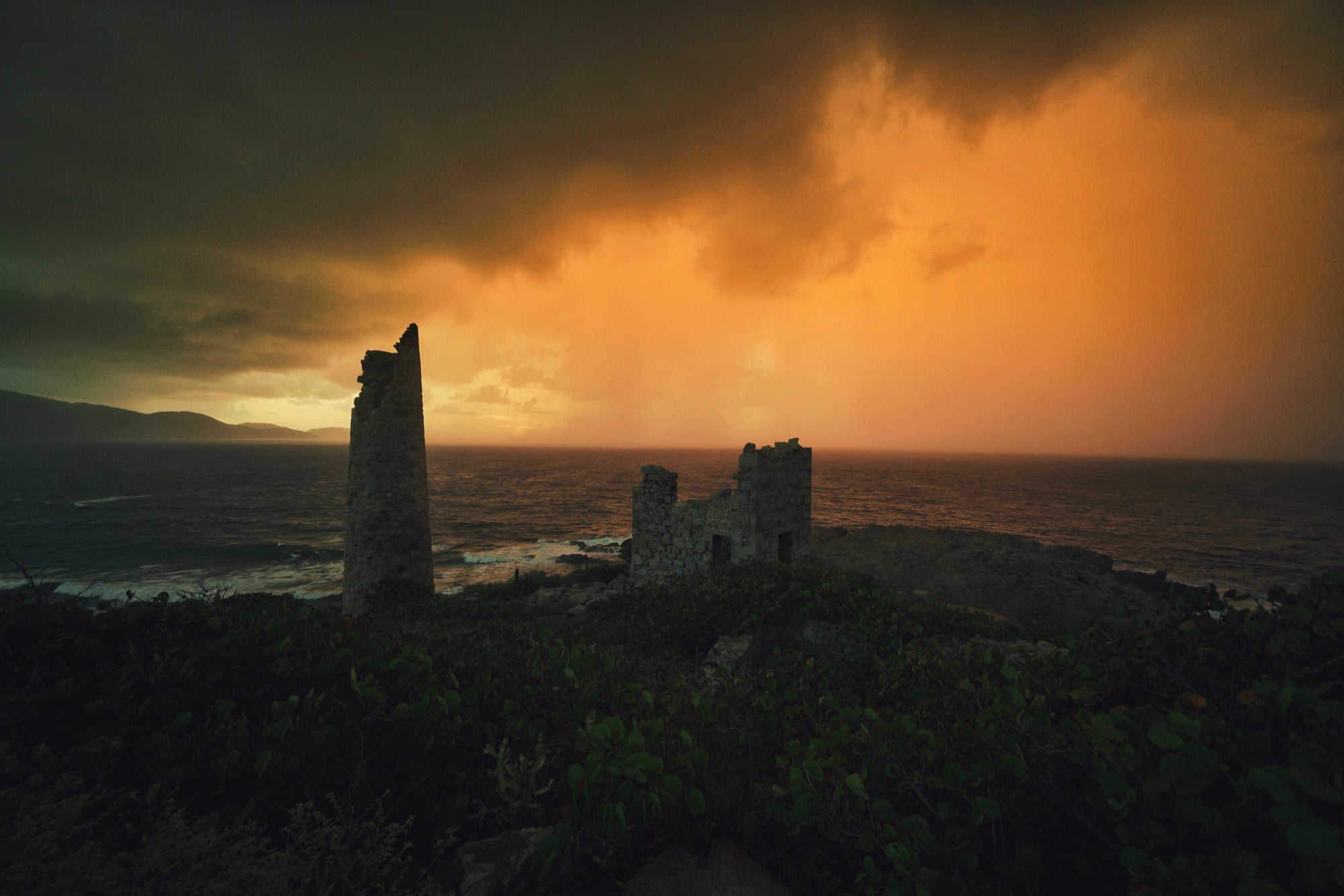 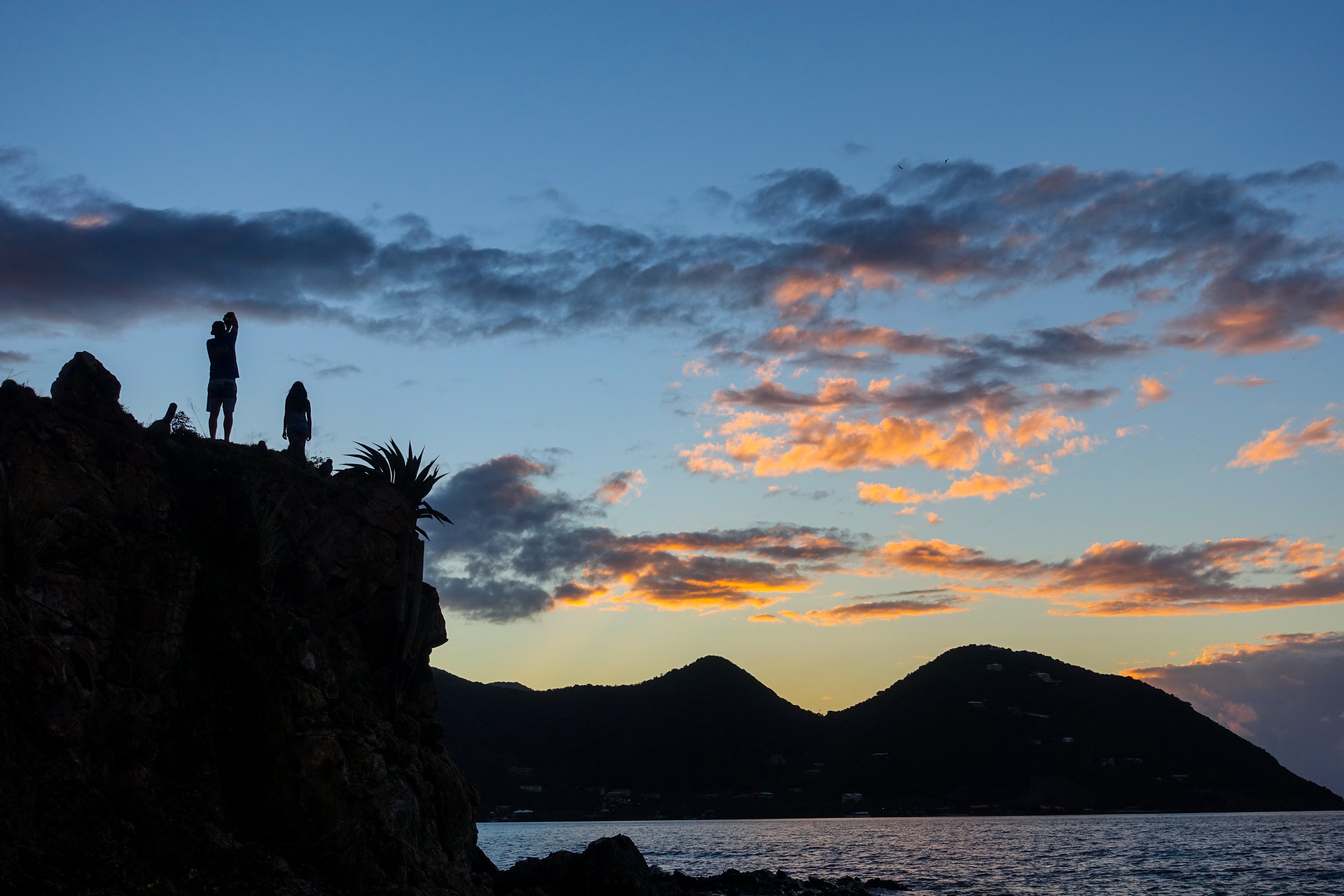 Despite being a prime tourist destination, the photographers were able to explore remote and uninhabited places. Traveling to Prickly Pear island offered a pristine location and it was also the spot to set the cameras for shooting some midday wakeboarding action. A study in contrasts, Prickly Pear also gave the photographers a vantage point to capture sailboats as they lazily cruised between the neighboring islands. 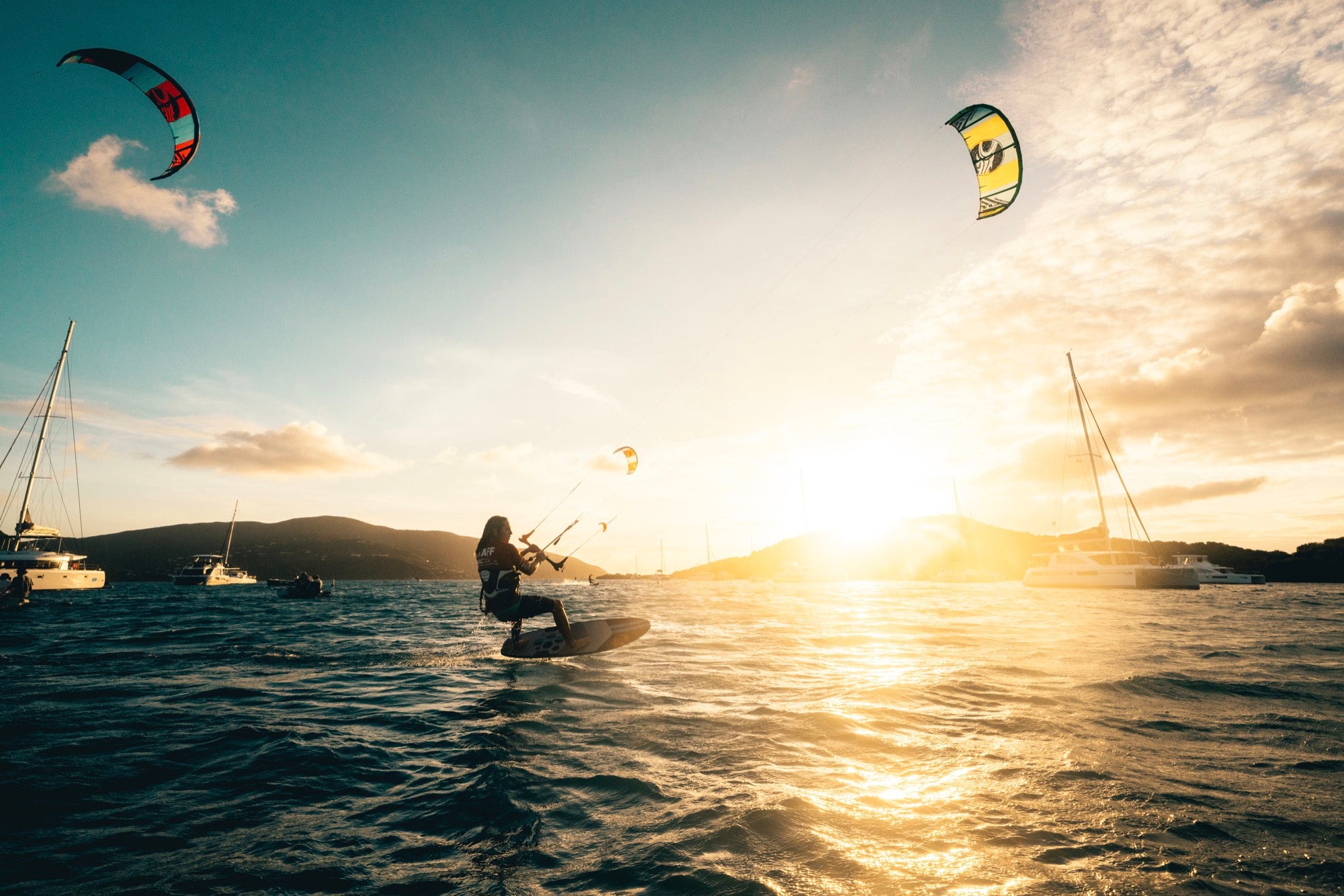 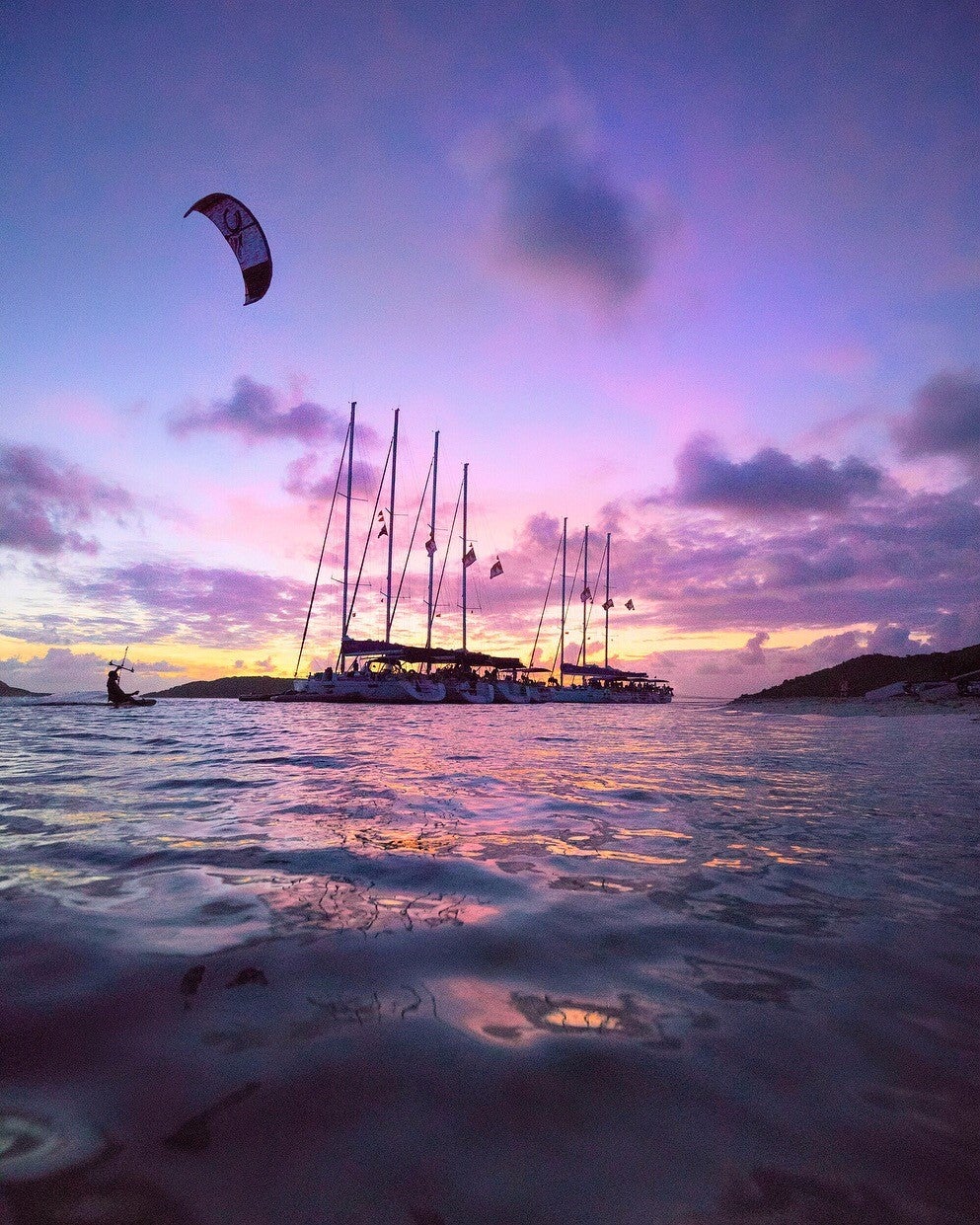 The vision for the trip was to capture the BVIs from above and below. The crew ventured out to Salt Island to dive beneath the waves of the azure waters of the Caribbean with RX100V cameras in MPK-URX100A underwater housings. Although many were first-time underwater photographers, the RX100V made it possible to get good shots almost right away. We’ll have an article by Garrett King (@shortstache) describing how he approached the underwater shoot with the RX100 V on Alpha Universe. The dive wasn’t just about chilling out beneath the waves. The crew was able to check out the world famous RMS Rhone, a ship that wrecked in a hurricane in 1867. It was a once in a lifetime experience to see and photograph the massive vessel dating to Queen Victoria's reign. 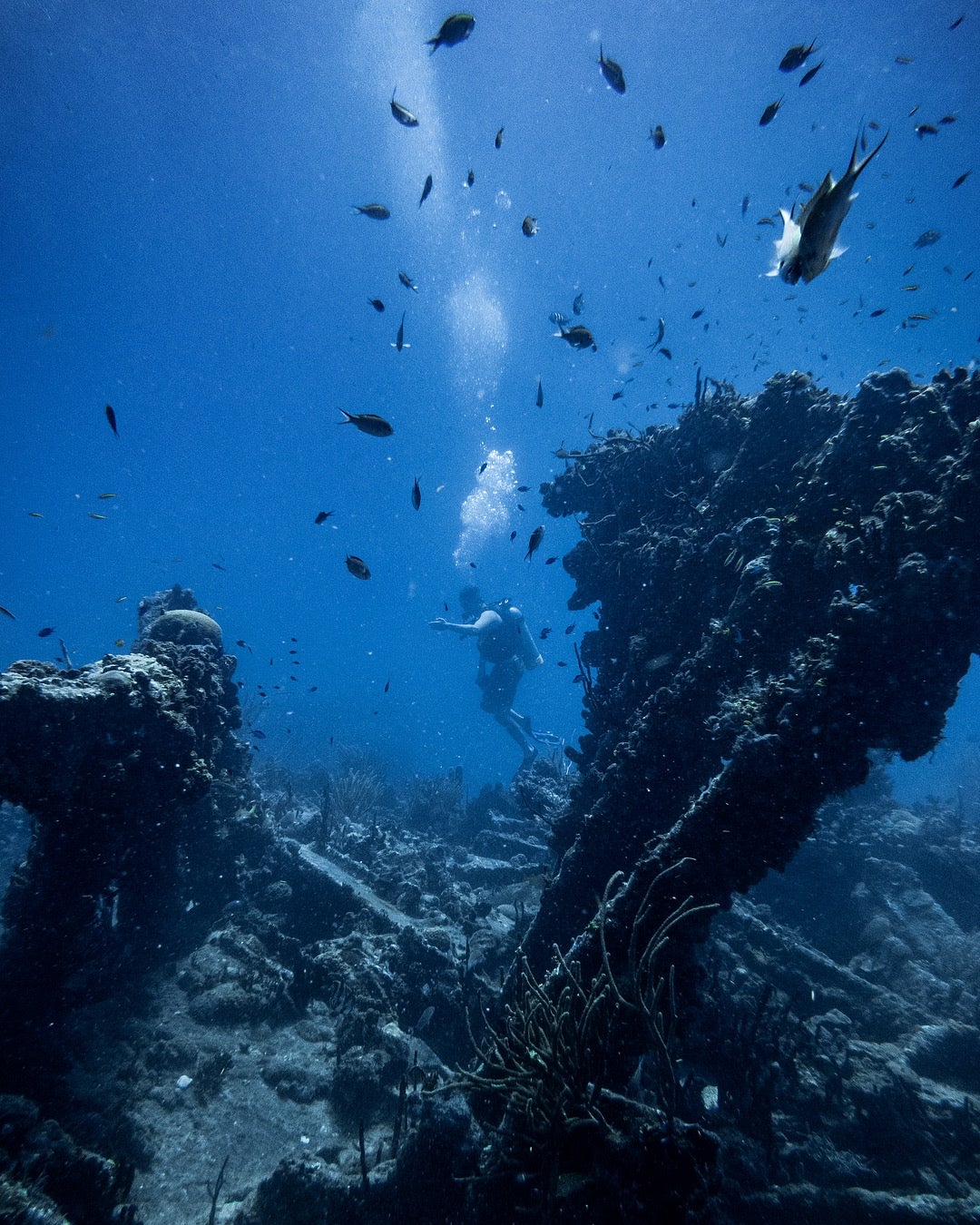 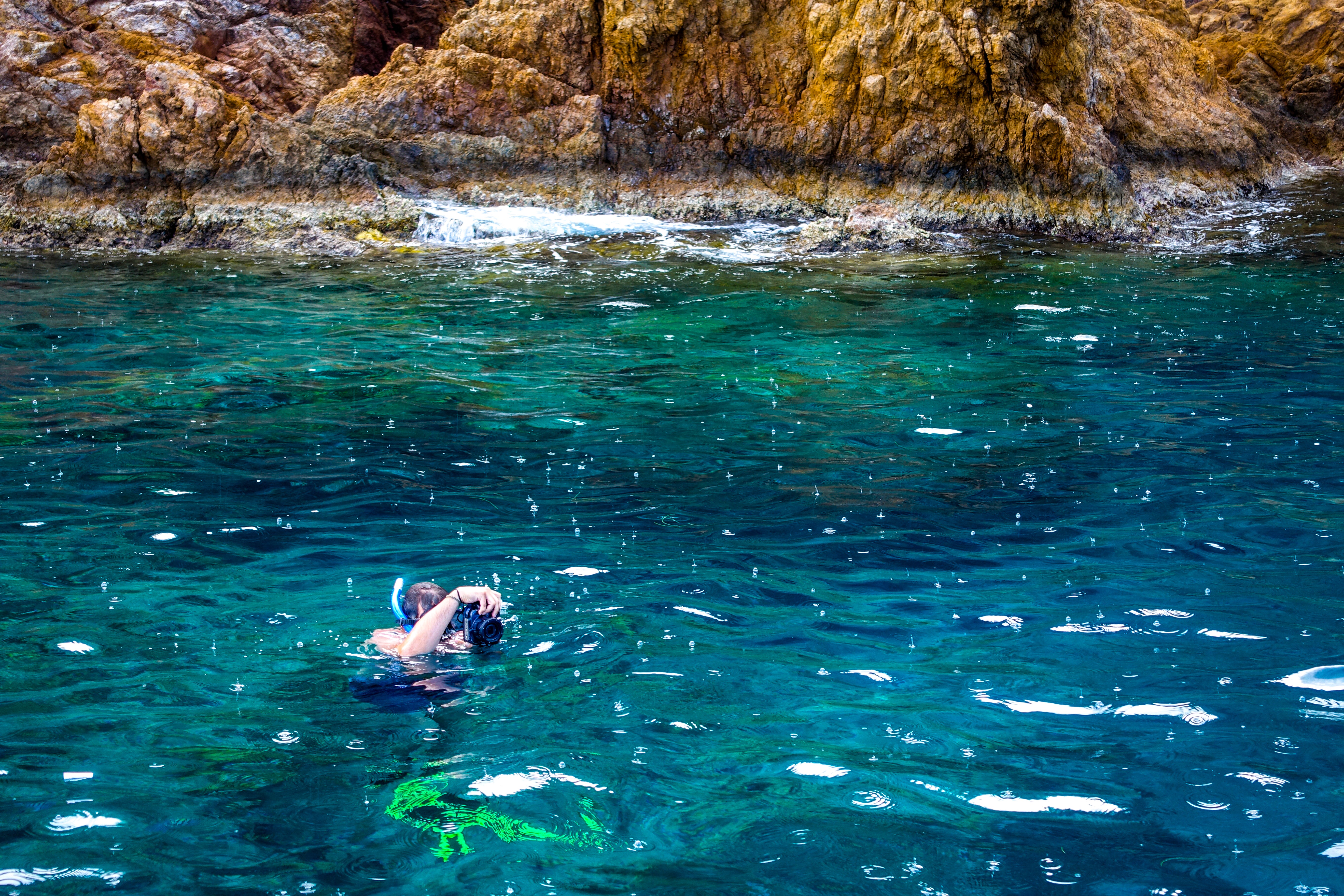 Snorkeling with the RX100 V in its underwater housing.

It’s said that an island is only an island when seen from the water. That might be true, but to truly appreciate an island, you have to see it from the air. So the Collective team climbed into helicopters to shoot the BVIs from the sky. For many, aerial photography was a completely new experience that put the place in proper context. 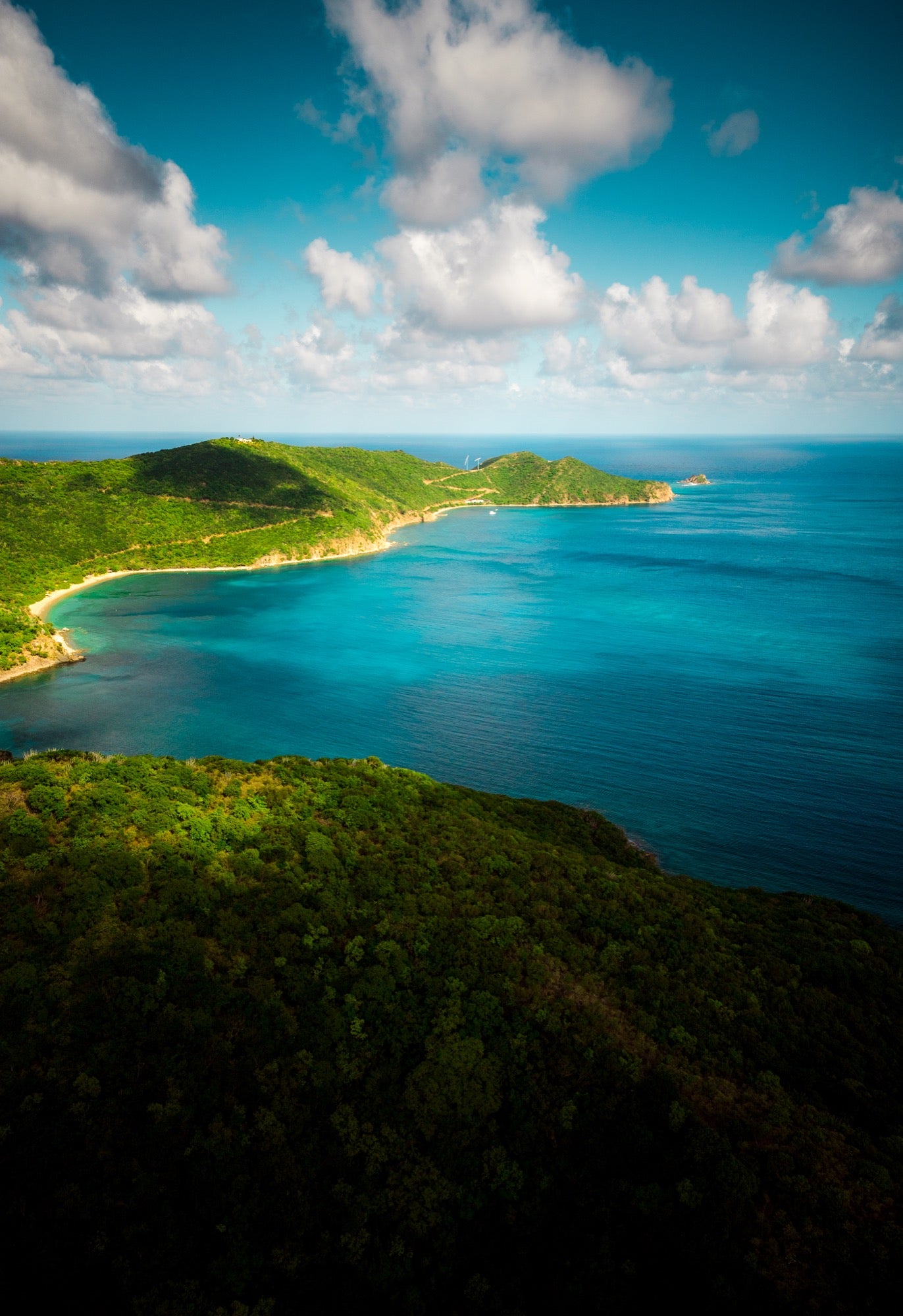 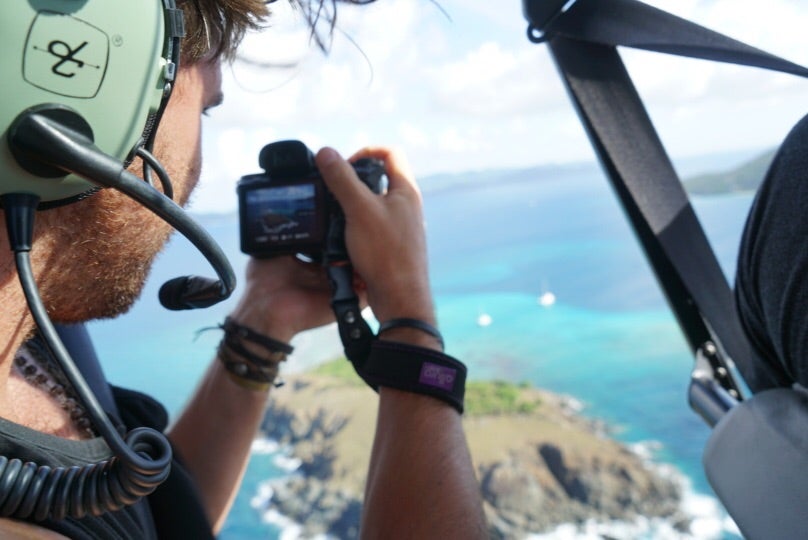 Traveling on the sea is a natural part of life in the Caribbean. The Collective team had a chance to go sailing and island hopping by boat. To make the most of the photography opportunities, models clad in garments made by a local designer came along for the sail. Keep an eye out for an Alpha Universe article from the island-hopping adventure by Zach Allia (@zachallia) about how he works with models on location. And with the warm water and underwater camera rigs beckoning the team got some unique shots before setting up camp on the beach. 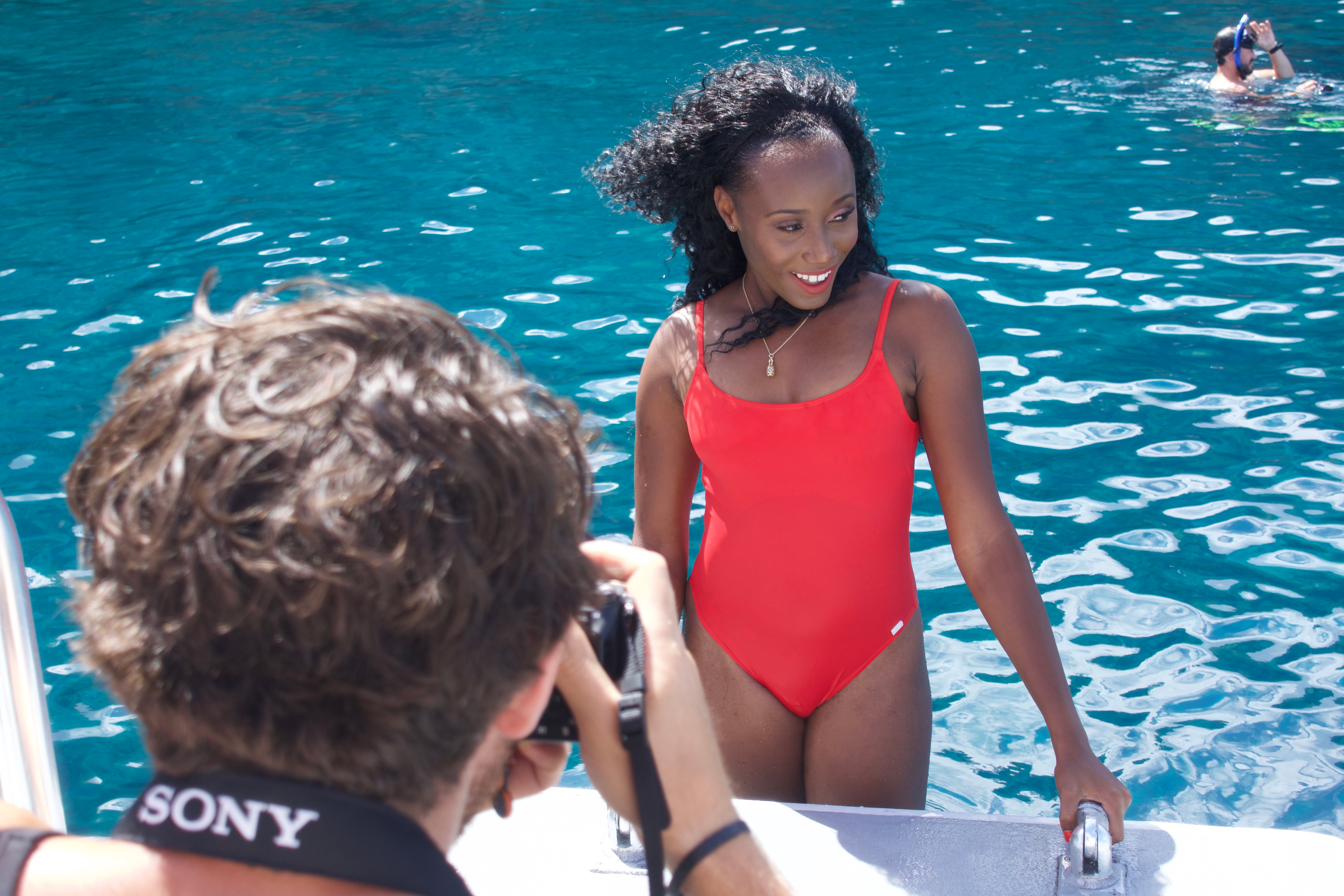 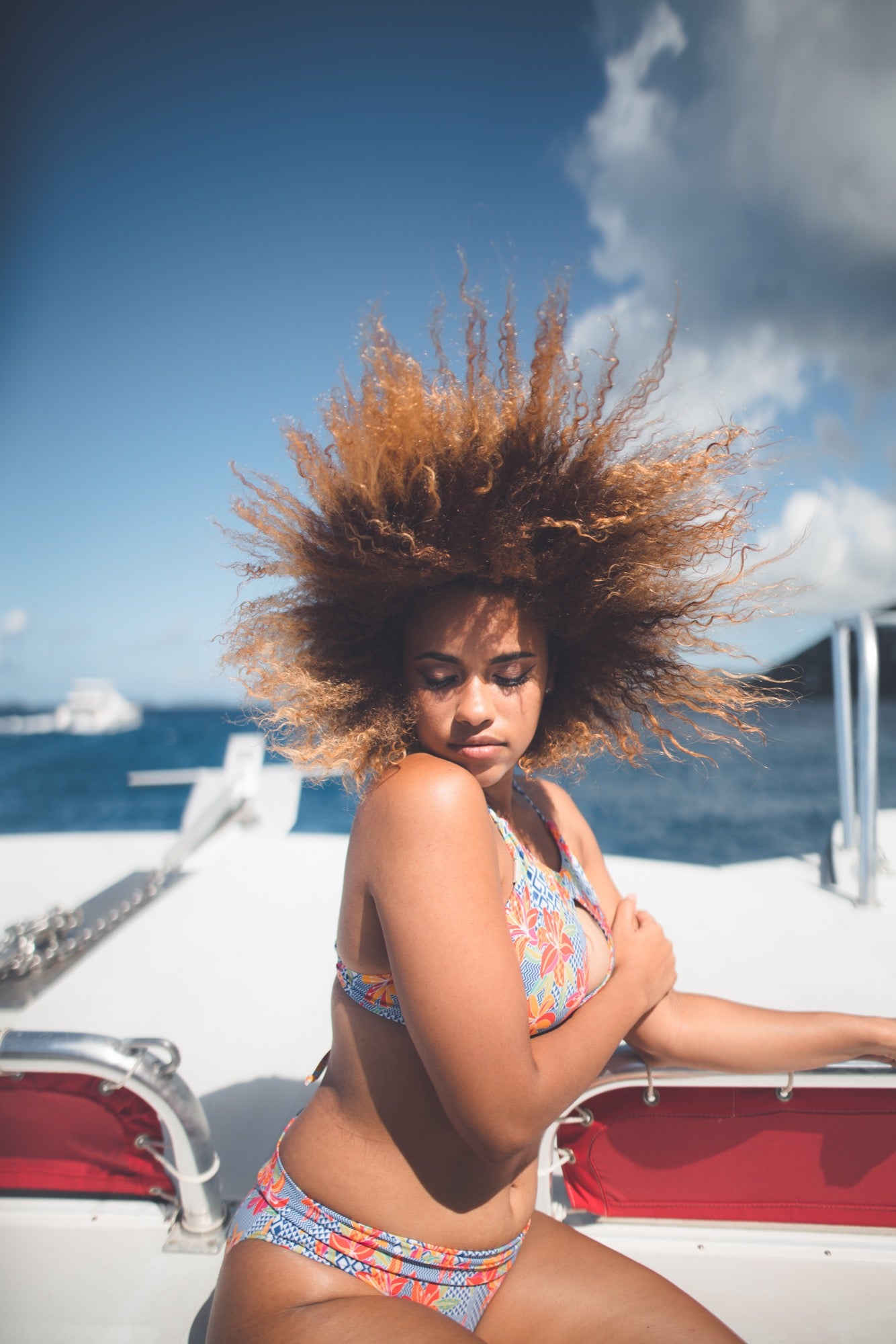 The itinerary was packed to see and do as much as possible in a limited amount of time. During the course of the trip, the Alpha Imaging Collective members who were there took hundreds of photos. In the coming weeks we'll have a series of articles inspired by the trip.