“If I can do it, anybody can.” That’s how longtime National Geographic photographer and Sony Artisan Bob Krist describes his transition from stills to video. Krist was 35 years into a career as a travel photographer doing editorial and commercial work for the likes of National Geographic, Smithsonian and others when he began to feel a bit of stagnation with still photography. At the same time, he saw client interest in video was on the rise. Around the same time, powerful new cameras were being produced with sophisticated video capability, so it was a great opportunity for Krist to try something new. This perfect storm allowed him to explore his passion for visual storytelling while learning the subtleties of a new medium and expand his business. It’s a storm of opportunity that’s growing, and it’s one that Krist says every working photographer should get caught up in.

“If you’re ignoring video,” Krist says, “you’re not doing yourself any professional favors, that’s for sure. Most of my paid work, now, is video. I’ve been traveling the world for decades and everywhere I go now I’m shooting over a forest of arms and blue smartphone screens. The magic of still photography is kind of wearing off. It’s no longer as much of a shaman’s profession, because everybody does it. While anyone can shoot video with a smartphone, putting a story together in video isn’t nearly as commoditized.”

Krist recommends that commercial photographers follow in his footsteps and add video to their offerings. There aren’t many compelling reasons not to. Whether it’s to stave off creative stagnation, to find a new competitive advantage among the increasingly crowded still photography field or to provide clients with more of what they’re asking for, all signs point to video.

“In the course of analyzing a career,” Krist says, “I said well, what can I do that that sets my work above the visual noise? I boiled it down to two things: photograph people and tell stories with visuals. So I started photographing more people. I also started to study short web documentaries—travel documentaries—and I started seeing that as something that has magic to it and not everybody can do it. I saw a market in it and it also appealed to me creatively. I proceeded to start climbing that big mountain of learning how to do it.”

The learning curve for video is steep, but less so for photographers. We have a distinct advantage because we already see the world within a frame. Krist says that innate ability is something photographers should capitalize on.

“It’s much easier for a still photographer to become a videographer than it is the other way around,” Krist says. “It’s not so much the shooting that’s difficult to pick up, the field craft, it’s learning how to edit creatively and technically. Being of a certain age and coming from the film era, as I did, software and post-production is really not my specialty. But I had to learn how to edit video in order to shoot it better.”

Krist advises photographers to resist the inertia he sees in some of his colleagues who feel like they’re too far into their career or too set in their ways to learn the ins and outs of a new medium. “It’s never too late,” he says, “and even photographers who have not been traditionally interested in video might find that it offers both a new business opportunity and a stimulating creative outlet that’s not entirely dissimilar from stills.” If the prospect seems daunting, Krist suggests partnering with someone who already has some video proficiency, as he did.

“I’m a great proselytizer of video to a lot of my colleagues,” he says. “but I’m not finding too many in my age group who are interested in it. Interestingly enough, I’ve made a whole bunch of young late-20-something and mid-30-something video buddies and so now I’m hanging out with guys my son’s age. I actually do a lot of my work in partnership with a young guy who’s 28-years old who my youngest kid used to babysit. He has a wedding video business and he’s a really good shooter. I’m training him to shoot documentaries and corporate work to expand his business, and he’s training me in editing. We have a great symbiotic relationship for guys who have 40 years between us.”

“I’ve been a photo columnist in one magazine or another for many years,” Krist continues, “and you can find plenty of records of me in print saying I’m not interested in video because it takes a crew to produce a video but a single photographer can still put out professional work. And it’s true that during my shooting career, when I would get advertising or corporate jobs, the more people I would have on site the worst my pictures would get. That’s because I don’t have that commanding directorial personality. But now we can shoot high-end video projects without a big crew. We just shot a major commercial project for Pennsylvania Tourism with just a two-man crew and our Sony mirrorless cameras (Krist routinely uses α7- and α6000-series interchangeable lens cameras as well as RX10 models for his video productions). It’s being broadcast on national TV.”

“Breaking into video has just completely rejuvenated me,” he says. “I was really burning out on the whole still photography scene. Video is so much more of a hot medium for me now. I’m working with visuals, audio, soundtrack and all sorts of motion effects… It’s fun! For now, I have no ambition to make a full-length feature or documentary at this point, but these short, three- to ten-minute online mini-docs are just perfect.”

“You know,” Krist adds, “sometimes it’s dumb luck, sometimes it’s just a combination of things, and sometimes I think it’s a lot of subliminal things that are boiling up that cause you to make big career moves. This was one of those perfect storms. That’s a great way to describe it. If I can do it, anybody can.”

Bob Krist is a Sony Artisan of Imagery. See more about him here. We'll have move technical tips from Bob Krist to aid any still photographer breaking into video production on AlphaUniverse.com.

About the author:
William Sawalich made his first darkroom print at age ten. He earned a Master's Degree from The Brooks Institute of Photography in Santa Barbara, California. Along with portraiture, still life and assignment photography, Sawalich is an avid writer. He has written hundreds of equipment reviews, how-to articles and profiles of world-class photographers. He heads up the photo department at Barlow Productions in St. Louis.

Bob Krist Captures The Charreria in 4K and 120fps HD 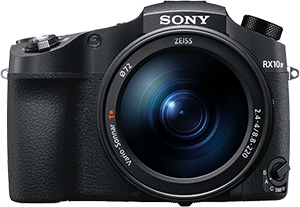 Bob Krist Captures The Charreria in 4K and 120fps HD