Alex Phan (@alex_phan714) is a photographer who likes to get out in nature to release stress. He's a big believer in the technology of the Sony Alpha system (he jumped on the Sony Alpha 1 when it came out) to capture the kind of up-close and detailed fast-action wildlife that fill his stunning Instagram account. Like the thousands of followers who keep tabs on his feed, we saw his incredible bird photography on Instagram and connected with him to learn more about how he does what he does and the Sony Alpha gear he uses to do it. 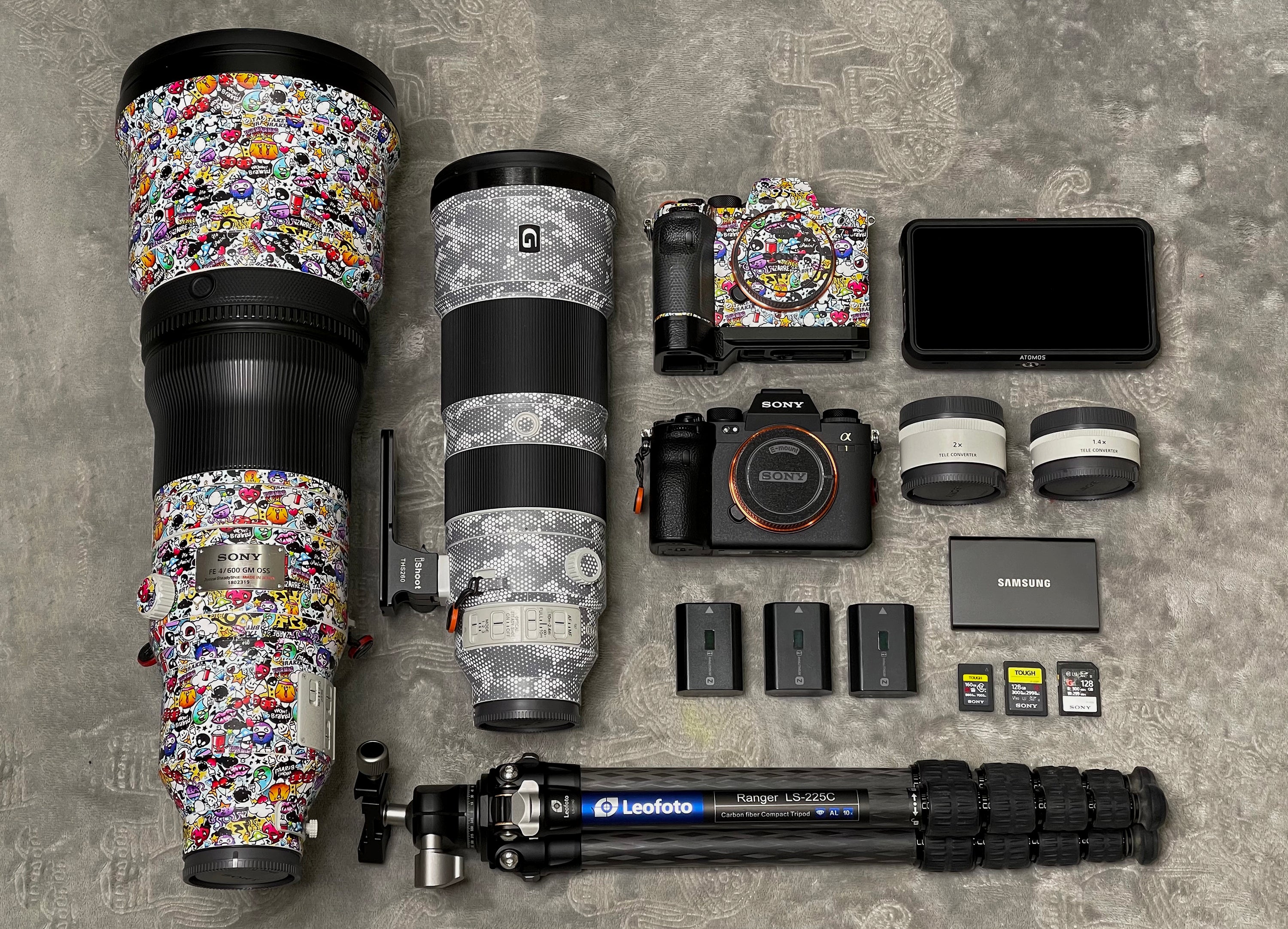 My philosophy is less is more. I'll shoot with a one lens, one camera combo for an entire year so I can learn all of the ins and outs of the system. It also trains my discipline and the ability to adapt whenever a challenge presents itself in the field. With that being said, I go shoot with very minimal gear. This is what you’ll find in my bag when I'm out in the field.

Sony Alpha 1: This is the ultimate machine that has everything on the wish list that every wildlife photographer has wanted for a long time. This camera can shoot 30 frames-per-second, meaning you will no longer miss any action. I can even pick different kinds of poses and angles from the series. Since it has a generous 50-megapixel sensor, I can also crop in post without worry about the quality of the image. In addition, when needed, I can still switch to APS-C crop mode and walk away with a 21MP file size. 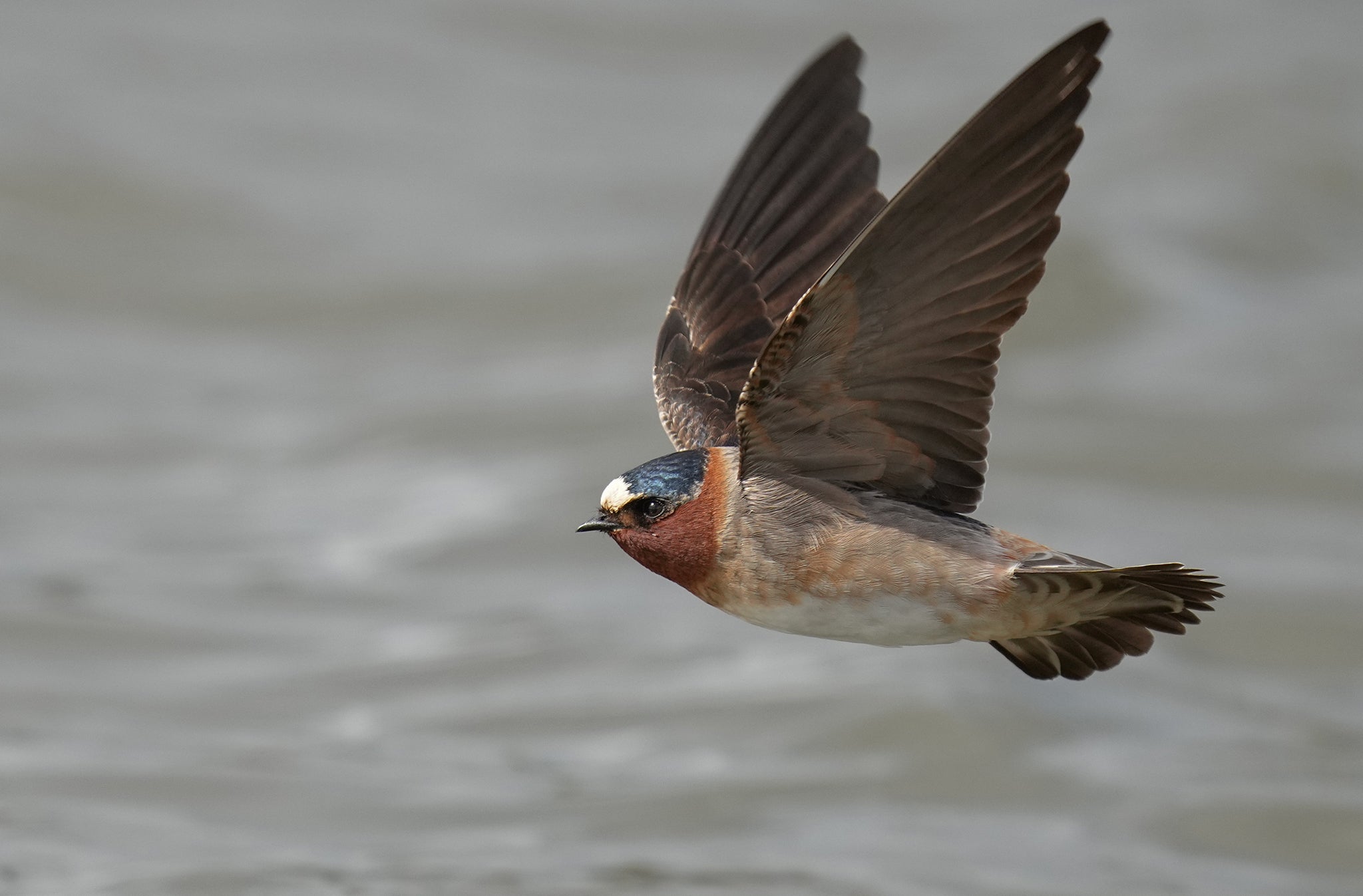 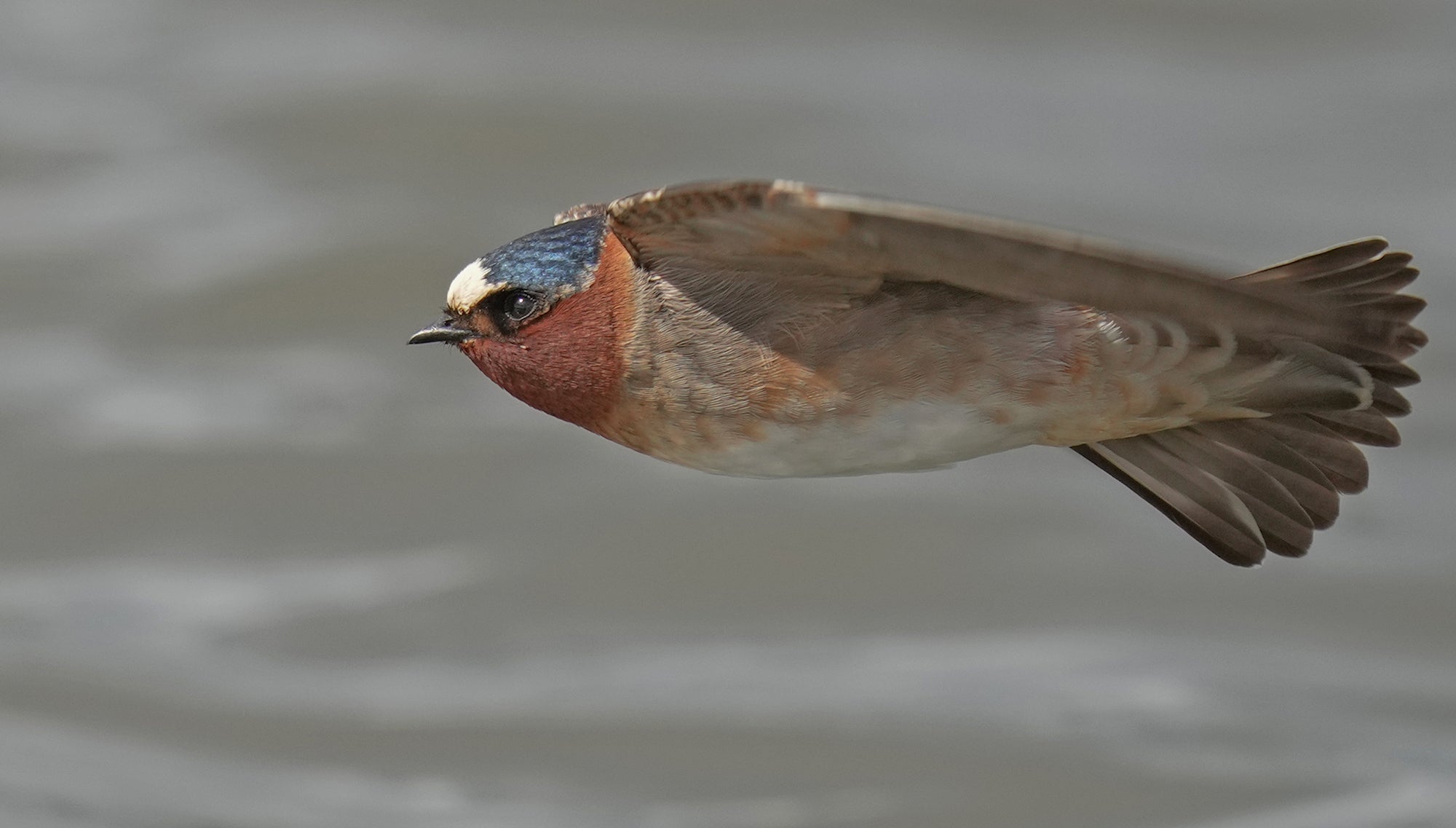 This is my go-to camera due to its superior auto focus system that can acquire the subject in a very demanding fast-paced environment, such as the falcon flying up and down the ocean cliff at speeds of up to 240mph. Or, to be able to pick and choose which swallows flying in the pack. It allows me to photograph the unique food transfer between birds or of them capturing their prey mid-air very easily. 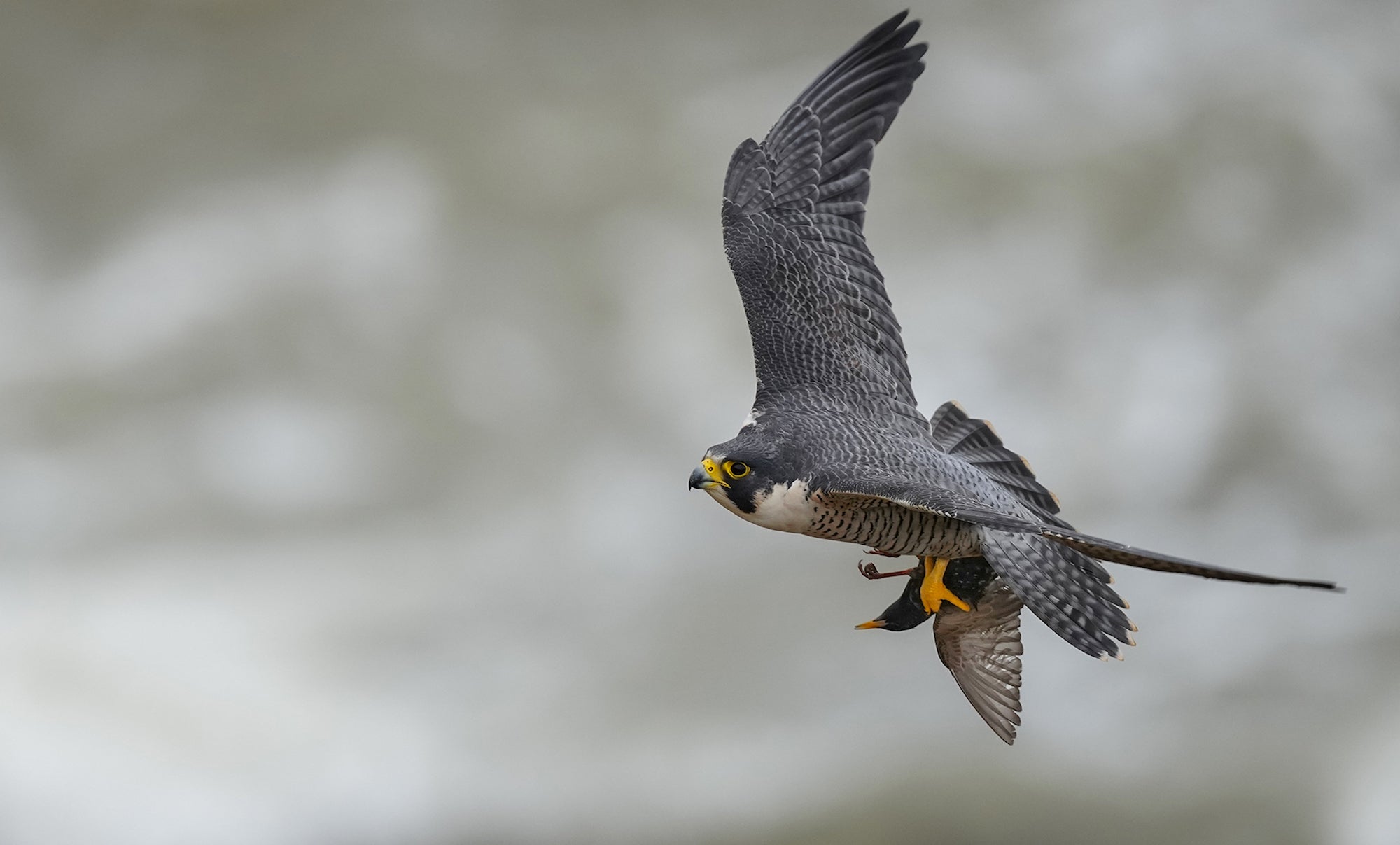 Sony Alpha 7R IV: When looking for absolute detail and dynamic range in a super close shot, this is my go-to camera. Don't let the massive megapixel count (62-megapixel) fool you. Its auto focus is also very, very good. This camera allows me to crop in at an insane rate without worrying about pixel breaking or degrading image quality. With the ability to crop and maintain the quality, this camera will allow me to take pictures of wildlife animals that are shy and just simply too far away. 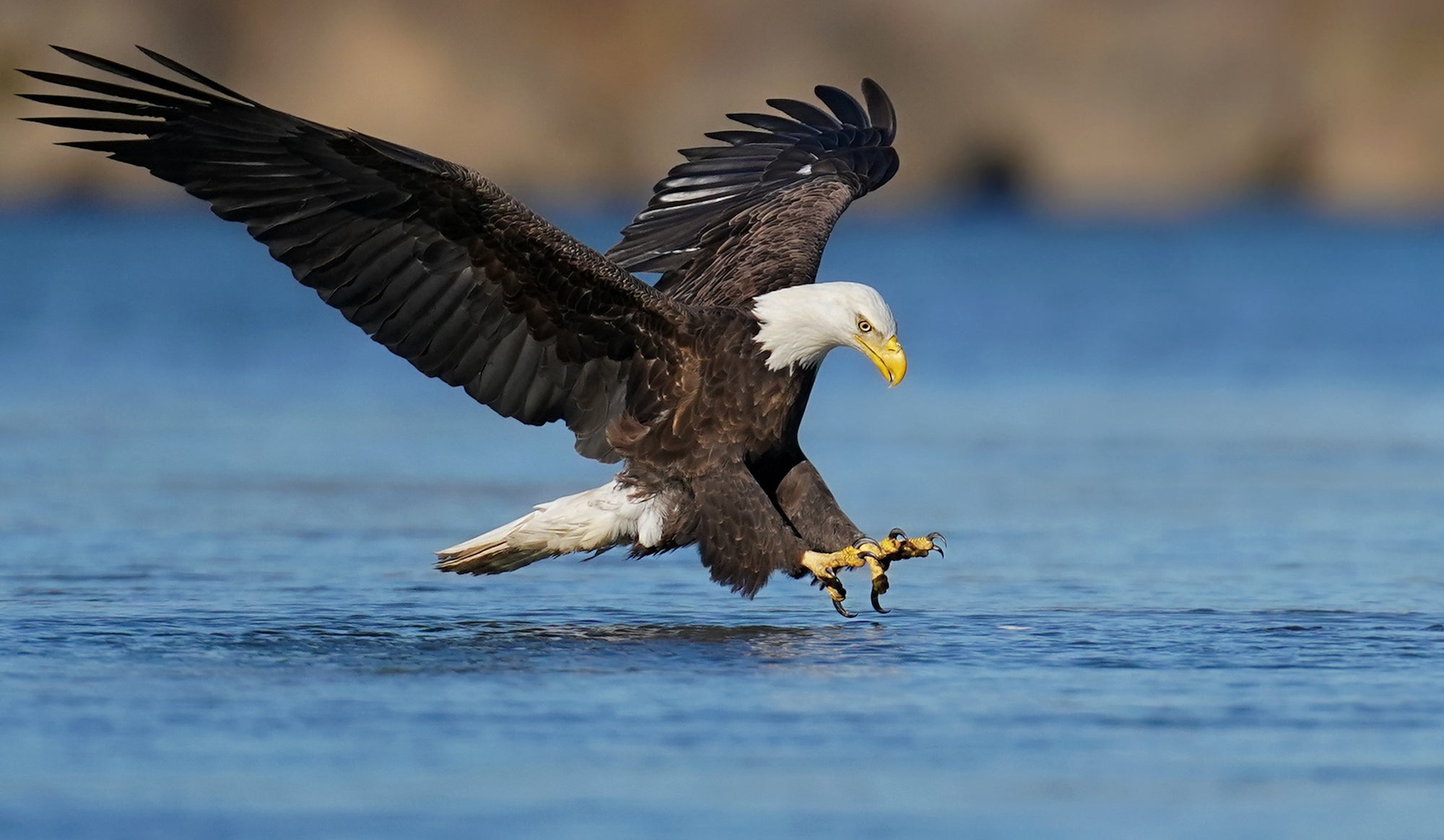 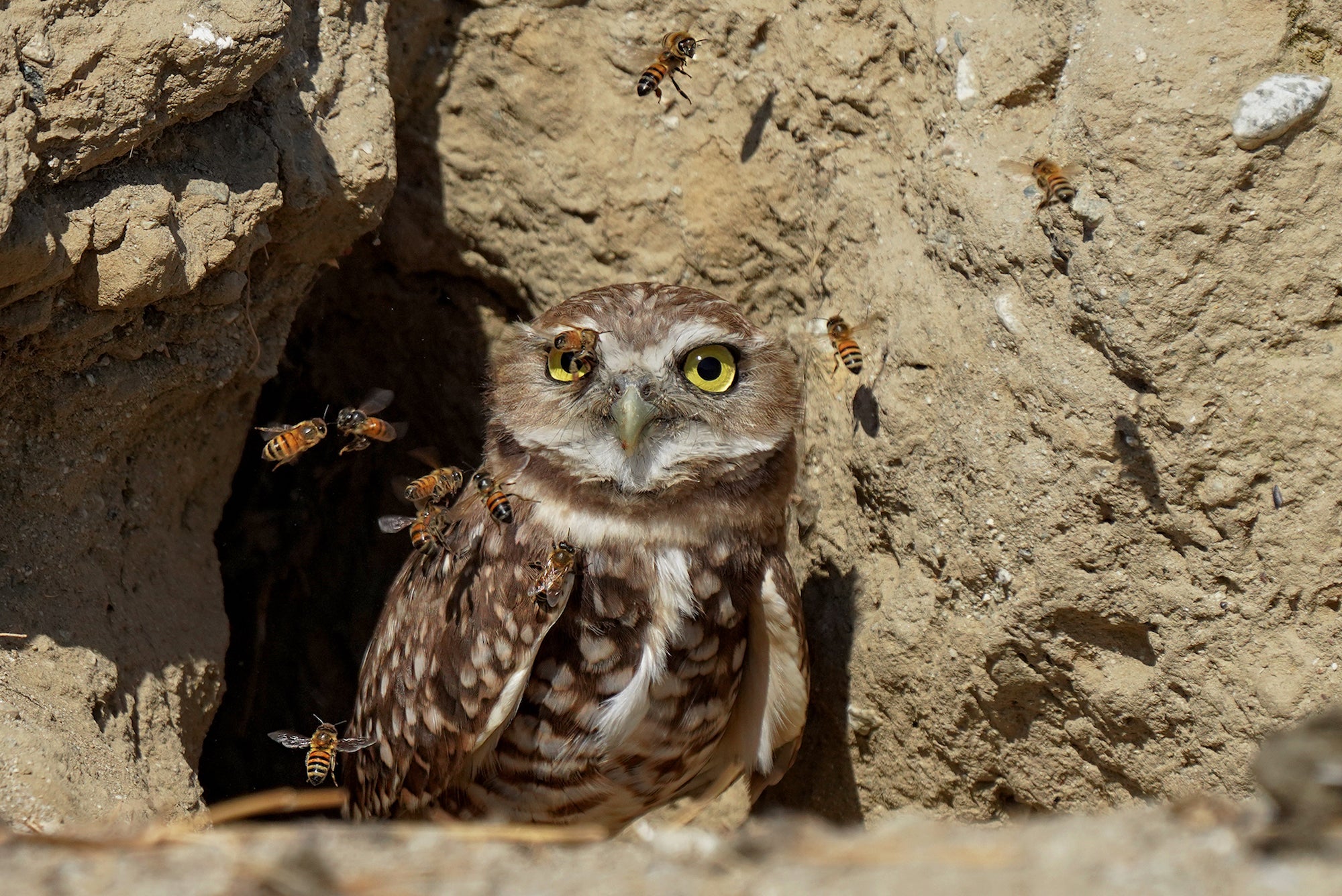 Sony 600mm f/4 G Master: This is the best lens out there in terms of optic quality and design. Weighing in at 6.7lbs, it is the lightest in its class compared to other brands. With previous DSLR telephoto lenses, we always had the issue with them being front heavy. Sony knows the concern and designed the lens with the weight of the it redistributing to the back to make it less front heavy, making tracking subjects and panning easier. On top of that, it has Sony's XD (Extreme Dynamic) Linear Motor auto-focus system, which is driven by two motors to quickly and quietly track subjects across the frame, even while shooting at high speeds. This will improve the focus speed from MFD to infinity. This lens will give you the ultimate result. Image quality when using this lens is super. 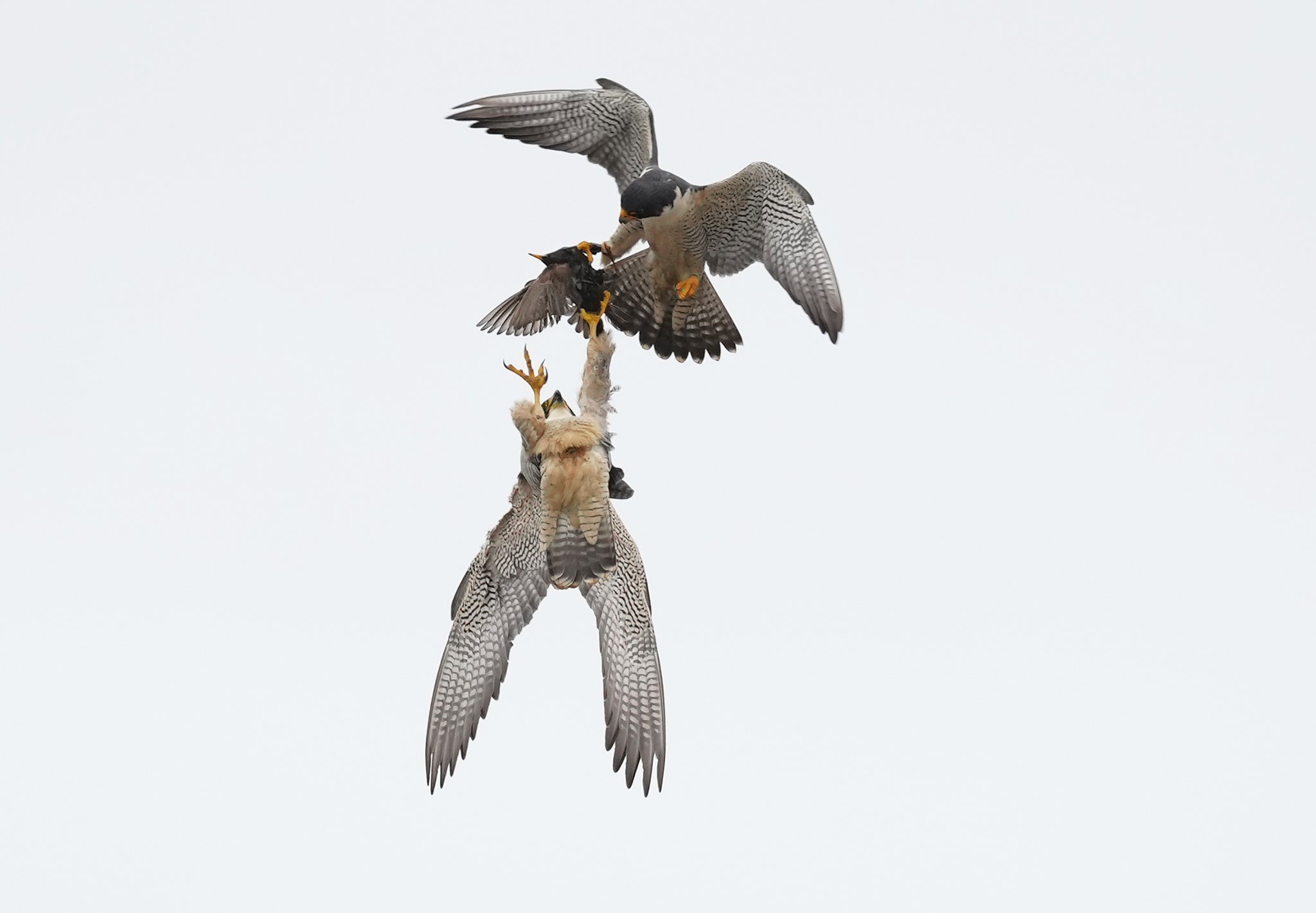 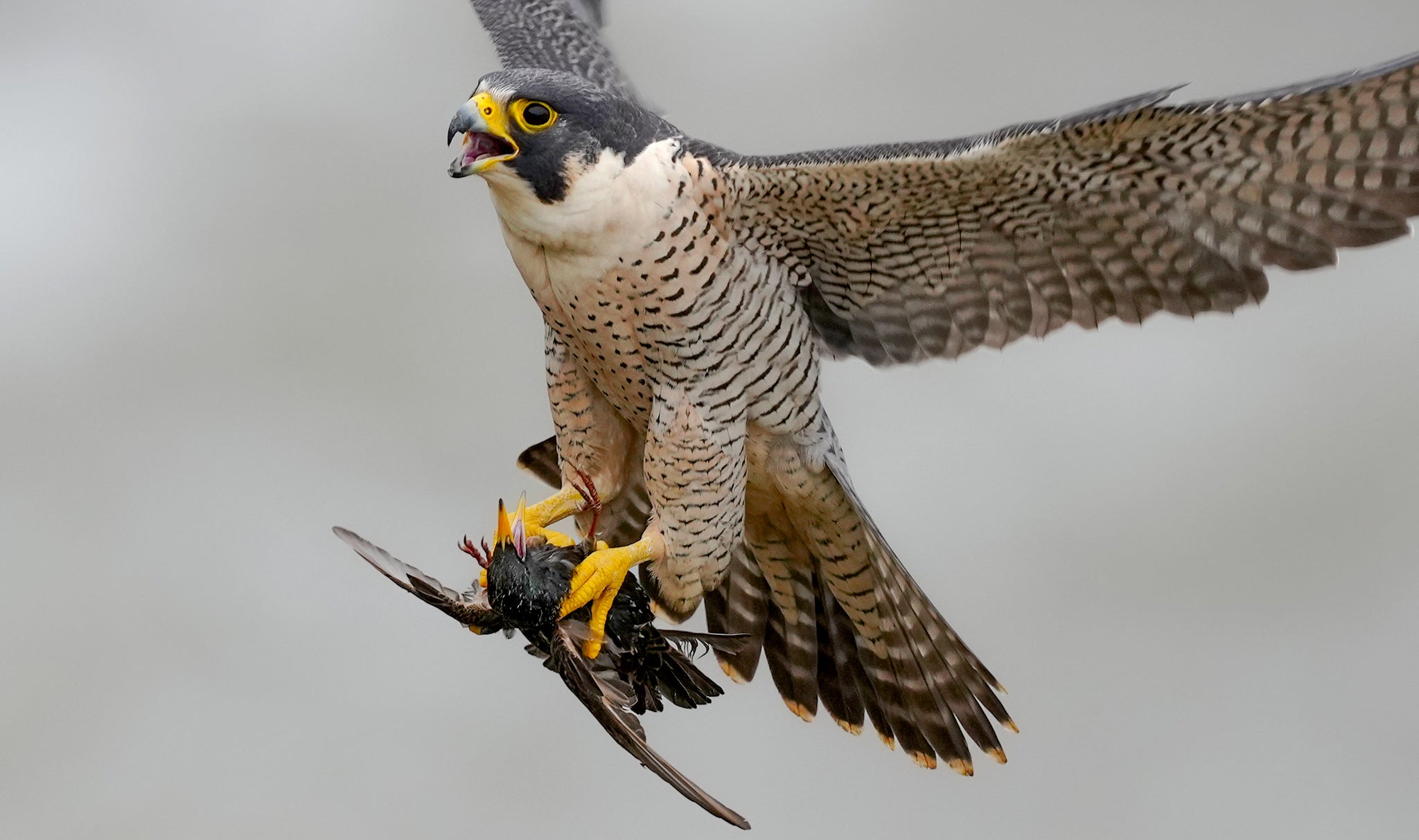 Sony 200-600mm f/5.6-6.3 G: This is the first time users have been given a lens in this range at such an affordable price. Yes, it is f/6.3 but you can't beat the value and when you have good lighting it produces amazing results. It has an internal zoom, which is very nice to keep the lens in the same shape and form at all times. Since it has the range from 200-600mm, it allows you to zoom out if your subject just happens to pop out close by from out of nowhere, you can just zoom it out real quick. The zoom ring is very smooth and the throw is not that long. I bring this lens with me to work every day. I can just put it in a small backpack and not worry about it. 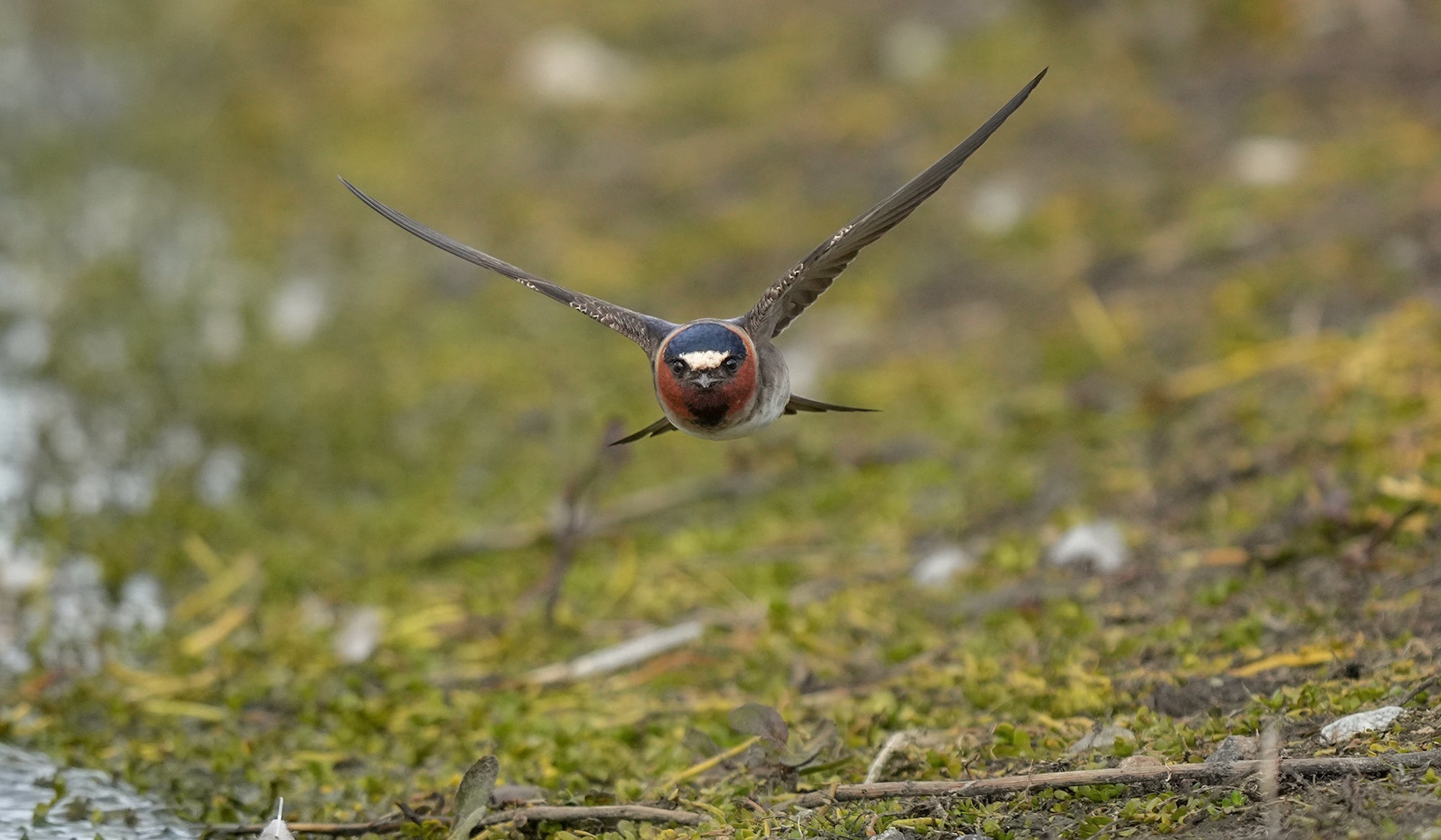 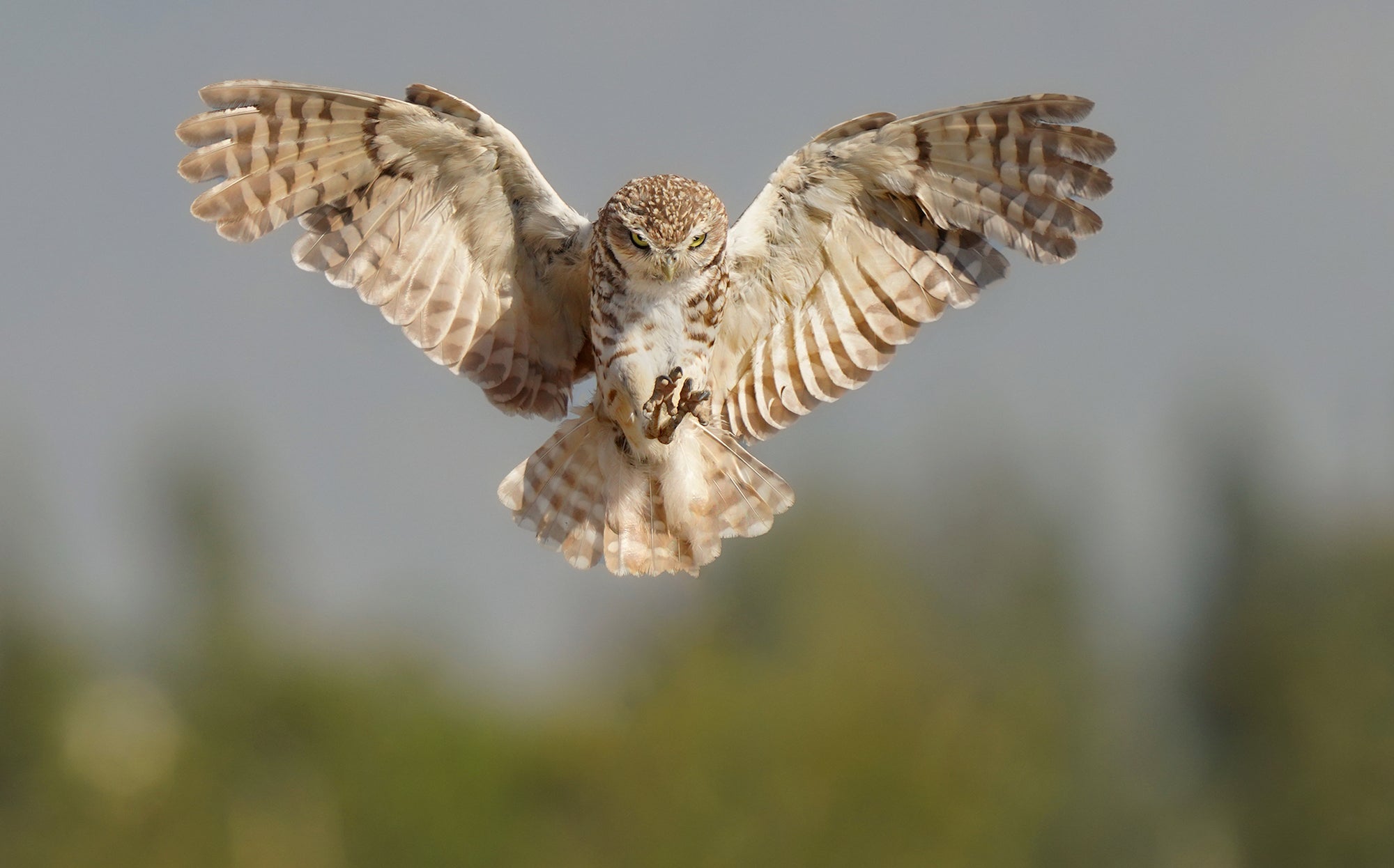 Sony 1.4x and 2x Teleconverter: Extending the effective focal length of select Sony E-mount telephoto lenses, the FE 1.4x/2.x teleconverter increases the lens's magnification by 1.4x/2x for a narrower field of view. With a DSLR, when you put on a teleconverter, you will suffer with AF performance and image quality. The Sony teleconverter works very well with Sony lenses such as the 400mm f/2.8 GM or 600mm f/4 GM. These two lenses are built to resolve with the camera up to 100-megapixels; hence you still get excellent image quality and super fast auto focus. I strongly recommend these two items if you have the 400/600GM as I've been using them frequently and get great results out of them.

Sony SF-G TOUGH Series UHS-II Memory Cards: I have five of these cards. The build of these is just so solid. I forgot the card in my jacket and it went through at least five washing and drying cycles. NO PROBLEM. It also has the fastest write/read speed. This is crucial for clearing the buffer when you're blasting 20+ frame-per-second shots. 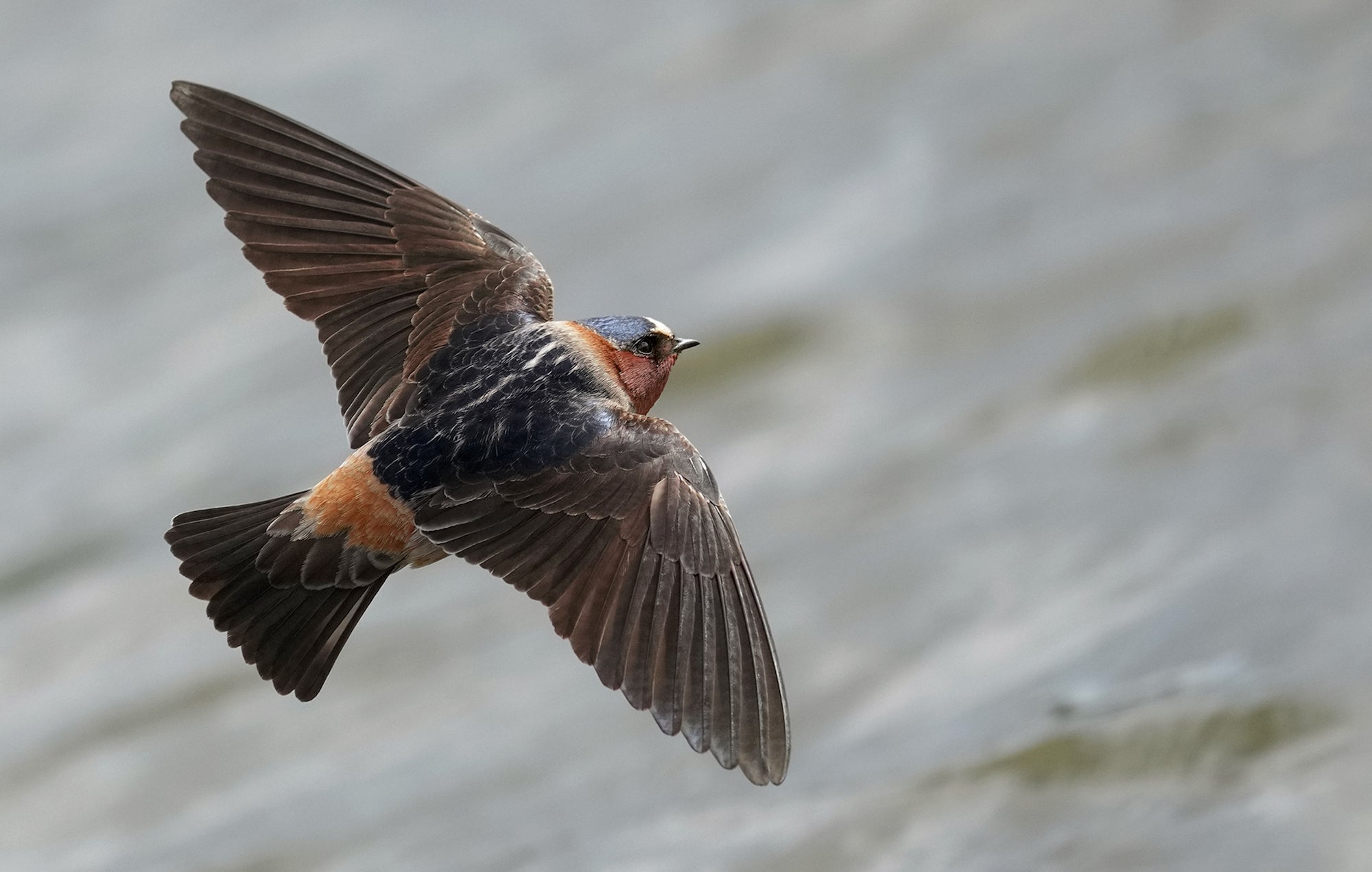 Sony CFexpress Type A TOUGH Memory Card: The fastest card available for the Sony Alpha 1. It is a must-have card if you want to maximize the benefit of clearing the buffer while shooting at a high speed.

Leofoto LS-225CEX Ranger Series Carbon Fiber Tripod: While I'm shooting handheld only, I'm using this tripod for low angle shooting. Most of the time, I’ll have the lens laying on the ground, but if it is too dirty or wet or there’s too much water, I'll use this tripod. It is super small and compact. Great quality and great price. 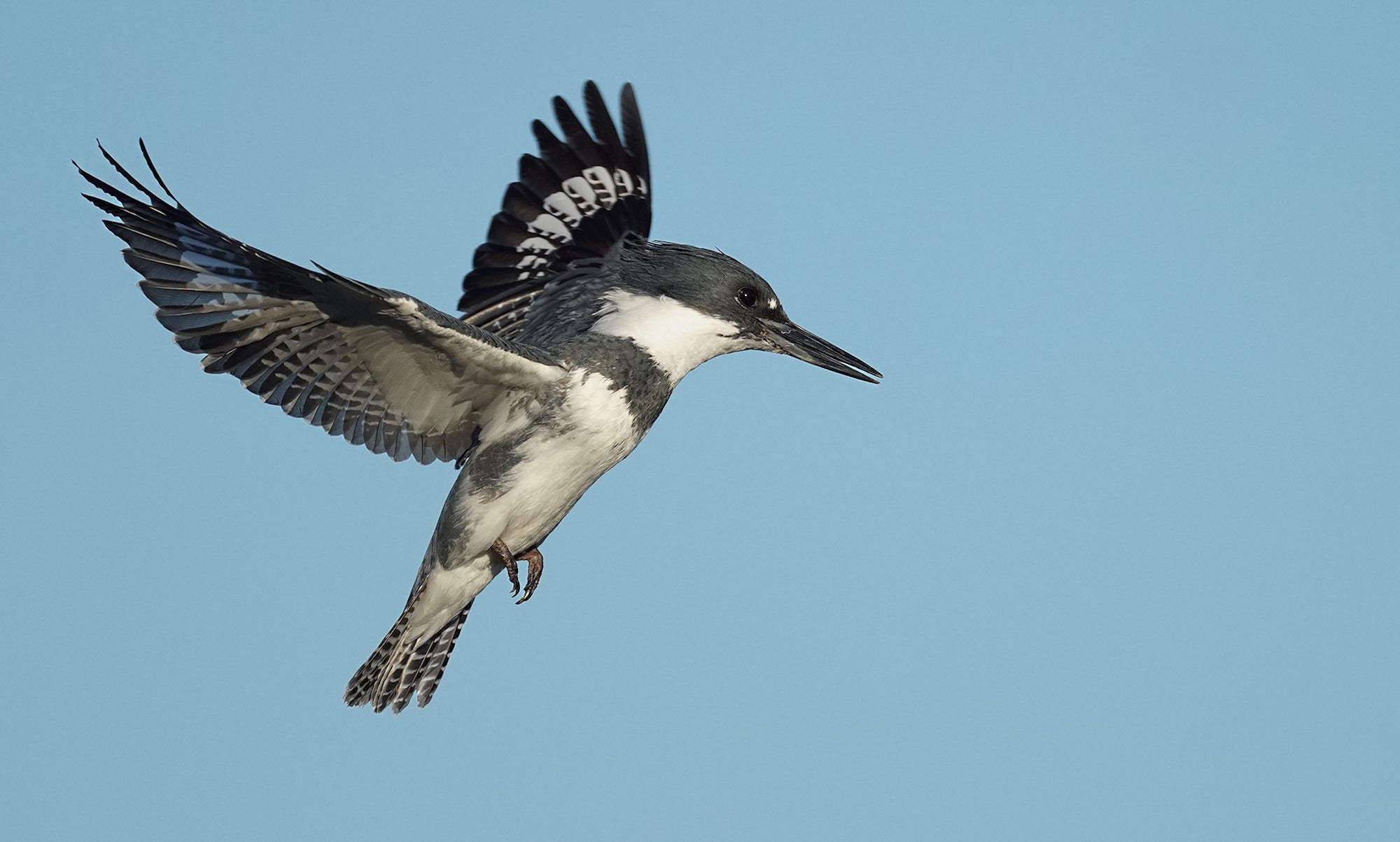 Atomos Ninja V 5" 4K HDMI Recording Monitor: I use this to record video and record live EVF from my Sony camera for review/tutorial videos. The best external recorder out there.

Samsung 2TB T7 Portable SSD: With 1050 MB/s read/write speed, I can transfer images from my SD card to this out in the field for backup purposes. It’s as small as a credit card and can fit nicely in the jean pocket.