Mike Corey (@fearlessandfar) is an explorer of the unknown. His YouTube Channel, Fearless & Far, features epic travel adventures that seek to explore and explain the often misunderstood. He recently traveled to Chernobyl, the location of the devastating 1986 nuclear accident, to document the scene. Learn more about the gear he packed to film and photograph that environment and stay tuned to his YouTube Channel for future videos on the experience. Learn more tips from Mike for capturing your summer travel adventures HERE. 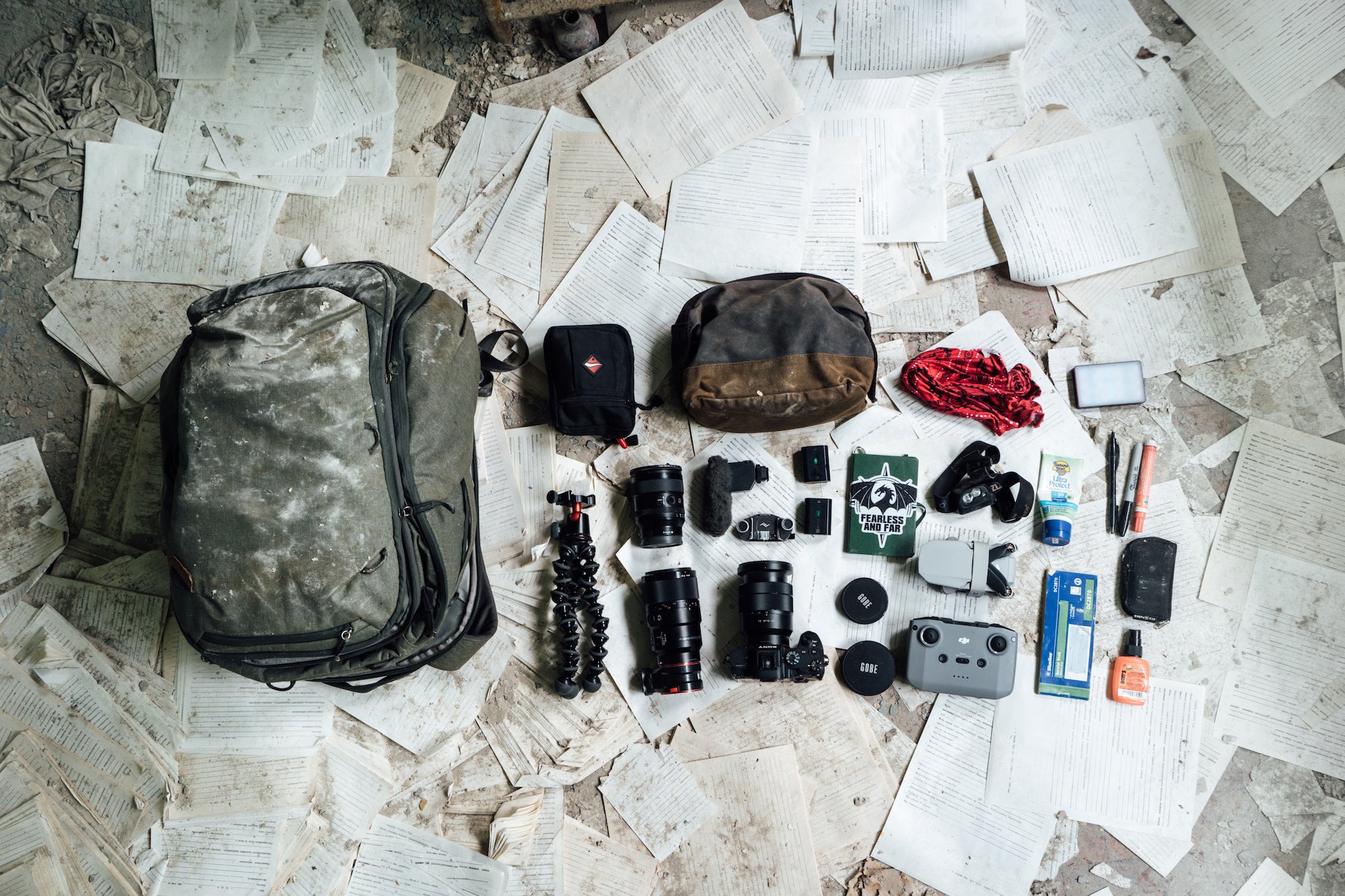 Sony Alpha 7 III: I’ve been shooting on the Alpha 7 III pretty much since it came out and it's the perfect camera, honestly. I think just as far as size goes, being able to shoot at 120 P at 1080 and being able to shoot at a decent ISO is amazing. It also allows me to shoot timelapses. I love that it has two card slots. I also really like being able to have the Z batteries because they last forever. It’s also very helpful for what I do that I can charge it with a USB. It’s the best travel camera I’ve ever used, I really like it. 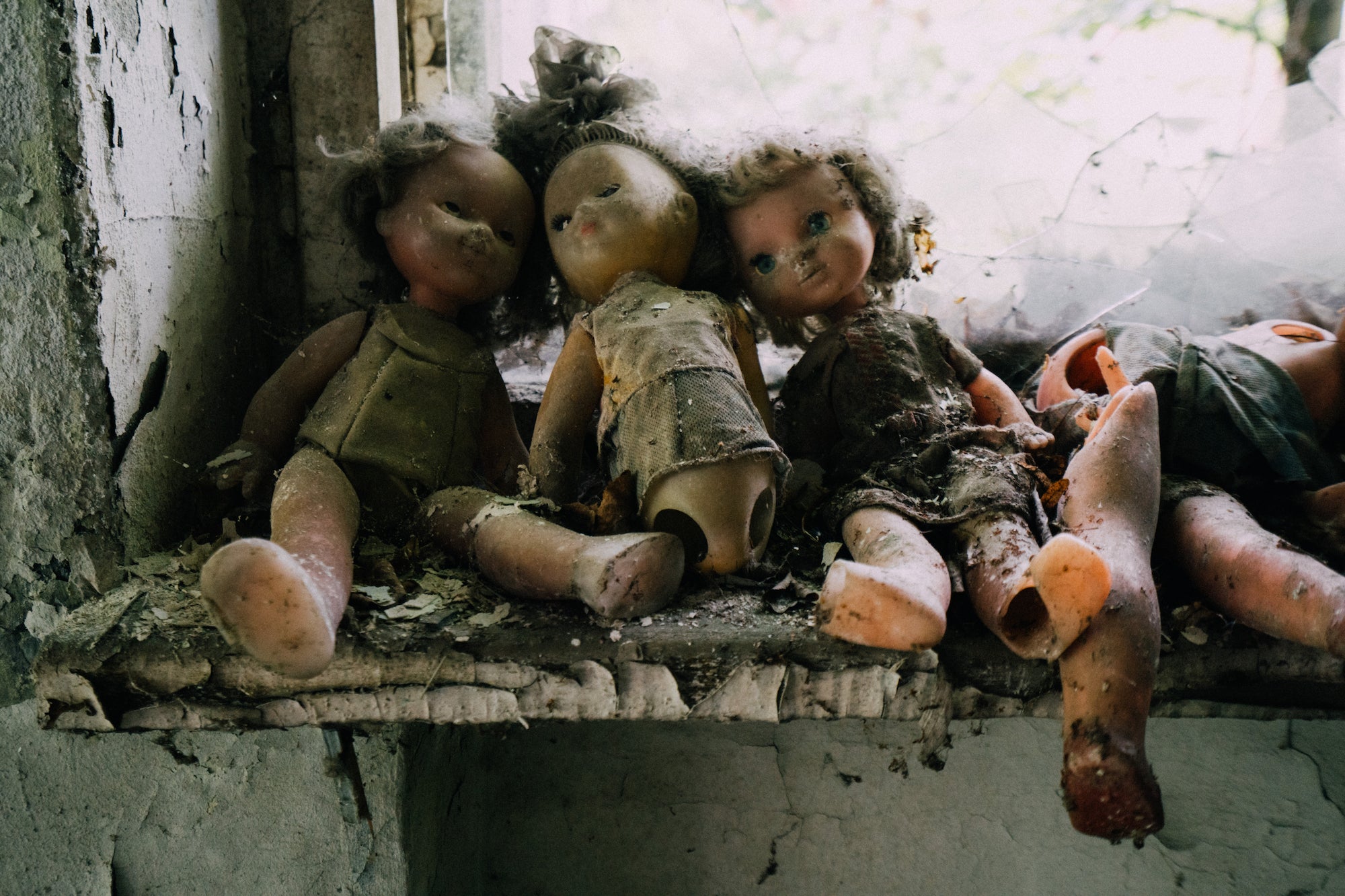 Sony 16-35mm f/4: I've been using this lens forever. I shoot with the f/4 version because it's less expensive and I've gone through a few of them because they get cracked around a bit too much with what I do. I vlog a ton with this lens when I’m shooting the environment and trying to show what’s going on around me and I like to take photos with it to document my surroundings. 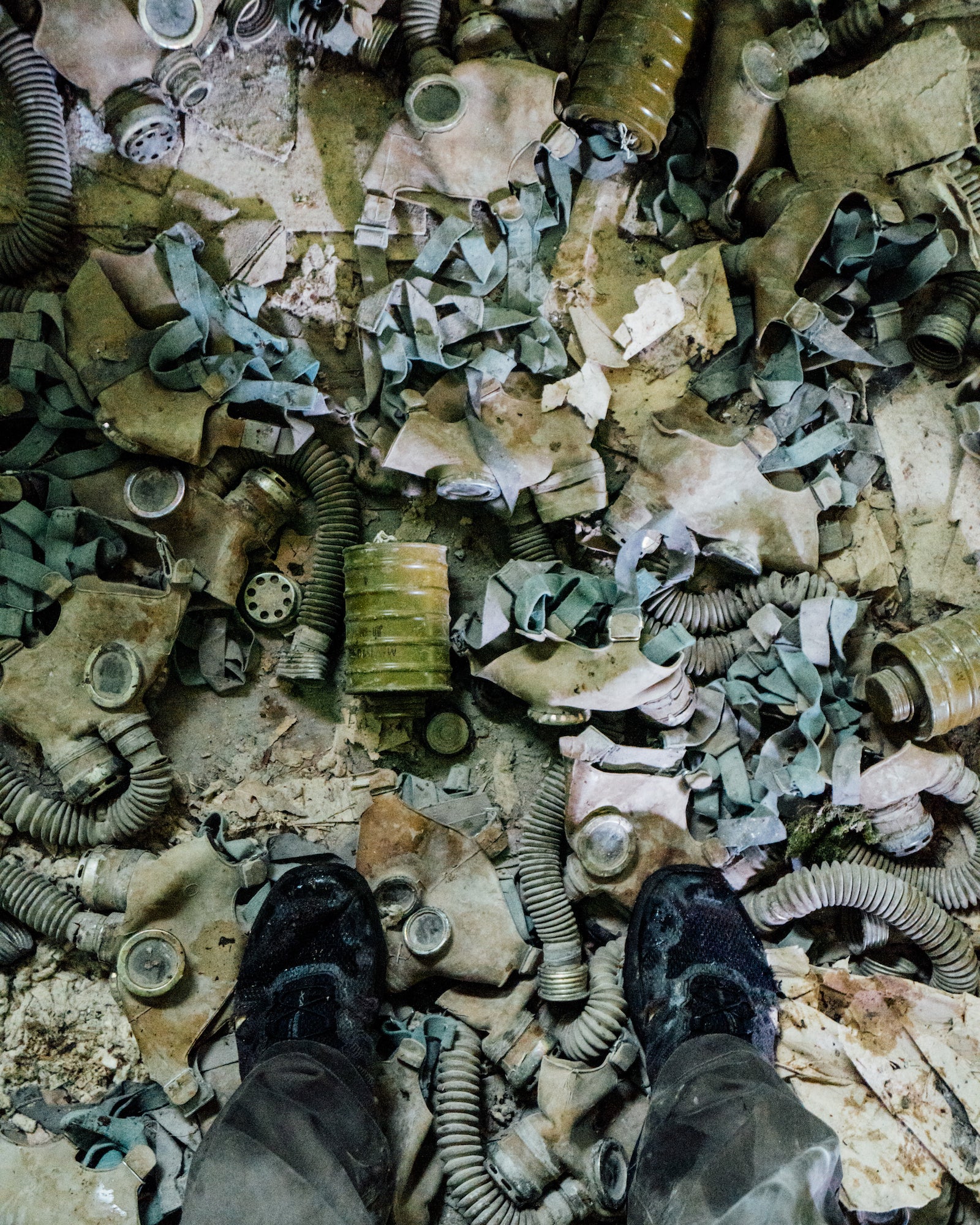 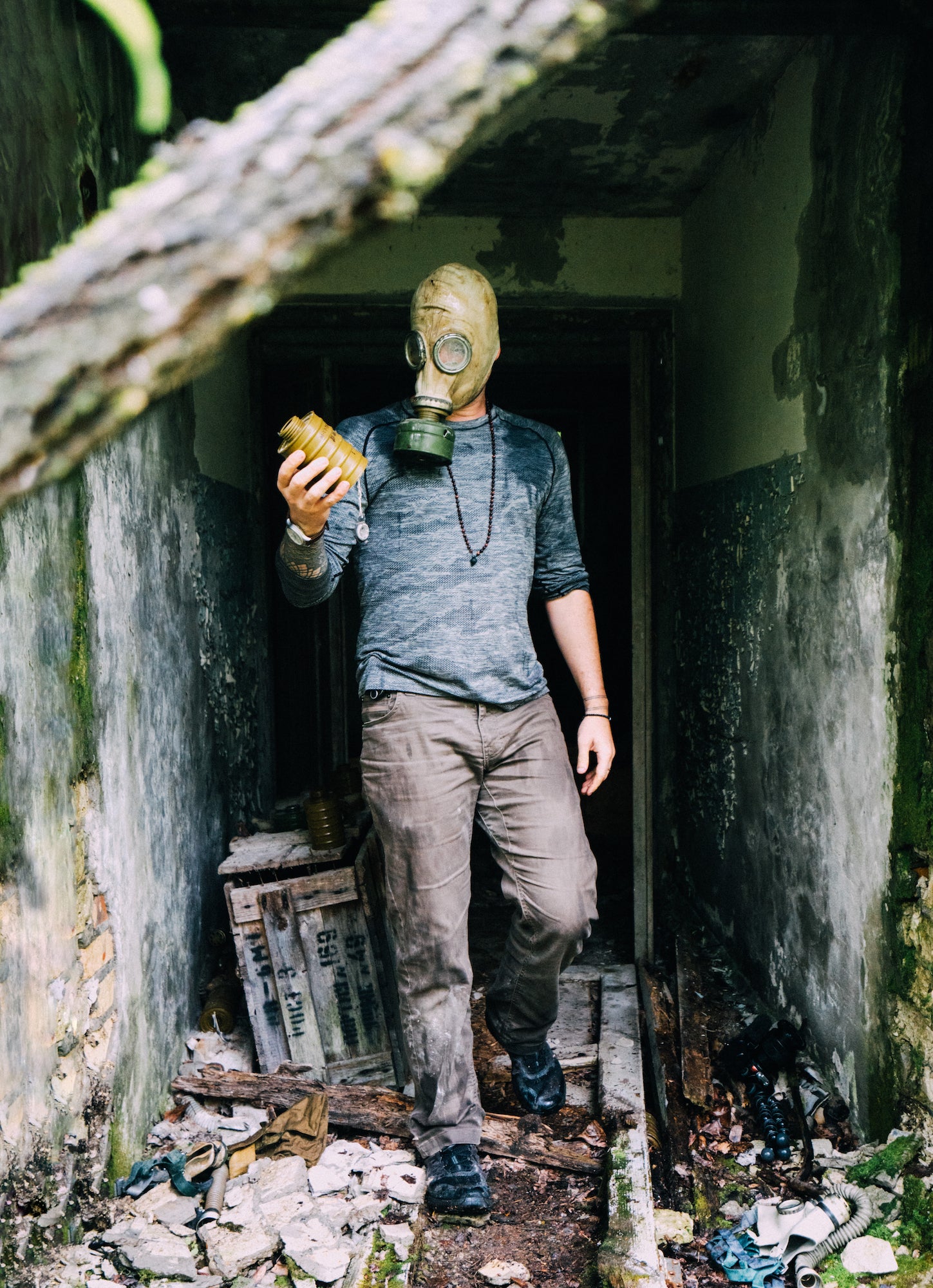 Sony 24mm f/1.4: I was at Sony Camera Camp and that’s where I tried out this lens. I absolutely loved it. I never thought I would fall in love with primes because it just didn’t seem practical for traveling, but the stuff I've been able to shoot on that 24mm f/1.4 just looks incredible. I shoot with it a lot of the time and keep it on my camera for most things now. All of my piece to camera stuff is shot on this lens with my camera set on a tripod. It just looks fantastic with the variable ND filter. And then sometimes I'll vlog with it as well, it's a little bit too telephoto to vlog, but at the end of the day, it's a phenomenal piece. I don’t have videos posted from Chernobyl yet, but in this one (below) I’m in Tanzania eating mud pies with the Luguru Tribe.

Sony 90mm f/2.8 Macro G (with Attached Peak Design Lens Kit): For the longest time I always said, if you're going to be a travel content creator, always get zoom lenses just for the versatility. You don't want to have to switch lenses if there's a dolphin jumping over the boat, or something like that where you only have one chance to nail it. However, I’ve changed my mind after a while. I was doing this wildlife project and I absolutely fell in love with the Sony 90mm f/2.8 Macro G. In my head a macro lens was only good for macro stuff. It didn't make sense for travel because it was too specific, but now this is honestly my favorite lens. It’s an amazing focal length for portraits. You can shoot a lot and it's telephoto enough with an APSC crop to do a pretty good job getting wildlife and stuff. It's also really good for food and details. I used it to create this compilation video of all the different faces I saw and captured throughout 10 years of travels.

Peak Design Everyday Backpack: I’m a huge fan of Peak Design. This backpack safely carries all of my gear.

Sony ECM-B1M Shotgun Mic: A great mic for vlogging and getting clear audio.

Peak Design Capture Clip: Like I said, I’m a huge fan of Peak Design. With this capture clip I can change lenses in less than a second, and for travel that’s so important. I never want to miss anything so being able to switch instantly while I’m shooting is incredible for what I do.

2 Spare Z batteries (3 total): For the long adventures I go on, being able to have these high-capacity batteries means I can go out there knowing I have the power I need to do my job.

Memory Cards: I always have some extra memory cards, and I love that my Sony Alpha has two card slots.

Camera Cleaning Kit: I always make sure I have something to keep my camera and lens clean.

Action Camera Bag: My other camera bag when I need less. 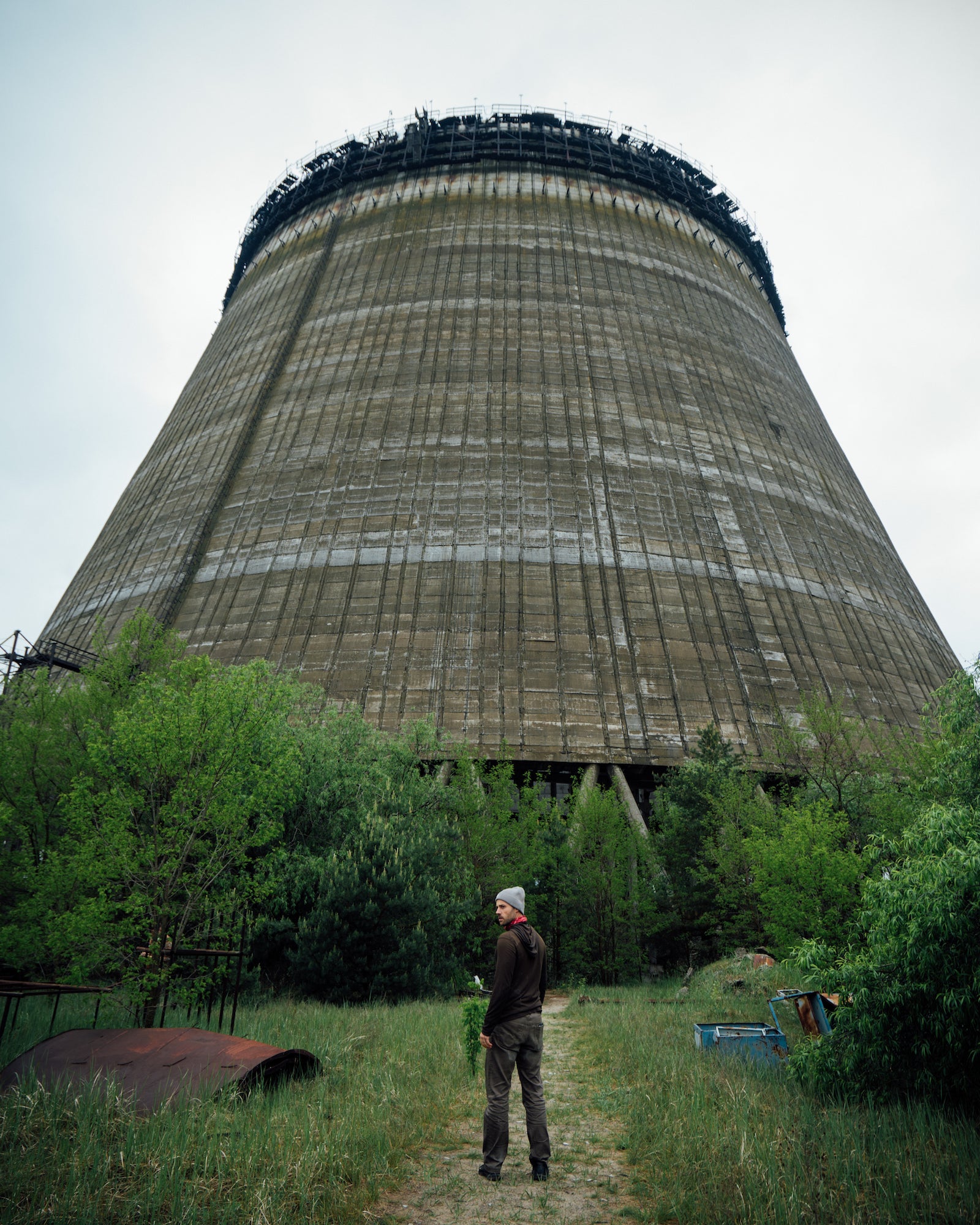 Red Buff: Versatile and can be worn in a variety of climates.

Aperture MC Mountable Light: I bought it to be able to have a versatile video light, but am now using it for Zoom Calls and a tent light for camping. Love this little thing.

JOBY GorillaPod: Great for wrapping around different things to get my camera set.

Gobe ND and CPOL Filters: I oten like to use these filters when I’m vlogging.

DJI Mavic Mini 2: For getting shots from above.

Petzl Actik Core Rechargeable Headlamp: I’m often shooting in low light and having a headlamp so I can see where I’m going and what I’m doing is a necessity.

Banana Boat SPF 30 Sunscreen: I always have protection from the sun.

Blank receipt book: To get payment receipts from people/companies who don’t have them, so I can claim for taxes.

Ben’s Wilderness Formula Bug Spray: The adventure travel vlogger lifestyle isn’t for everyone. There are bugs and I use this bug spray to try to keep them away.

Ready To Capture Your Summer Travel Adventures With A Camera? We Have Tips From A Global Adventure Travel Vlogger

Usability, Look & Feel – See Why This Video & Still Hybrid Creative Is Adding The New Sony α7C To His Kit

Ready To Capture Your Summer Travel Adventures With A Camera? We Have Tips From A Global Adventure Travel Vlogger

Usability, Look & Feel – See Why This Video & Still Hybrid Creative Is Adding The New Sony α7C To His Kit