Will Godward (@godwardphotography) is a nightscape astrophotographer from South Australia. His work has been featured by Australian Geographic and NASA. Godward travels the Australian landscape capturing famous landscape locations, except at night – encompassing the Milky Way Galaxy and other astronomical objects or events. With a goal to create a personal connection to the night sky and the wonder that it portrays. His favorite style of shooting is taking large multilayer panoramas, capturing as much of the sky as possible. “Since making the switch to Sony it’s changed the game for me, I never thought I would be taking images like this two years ago.” We connected with him to learn more about the Sony Alpha cameras and Sony lenses that have found a place in his bag. 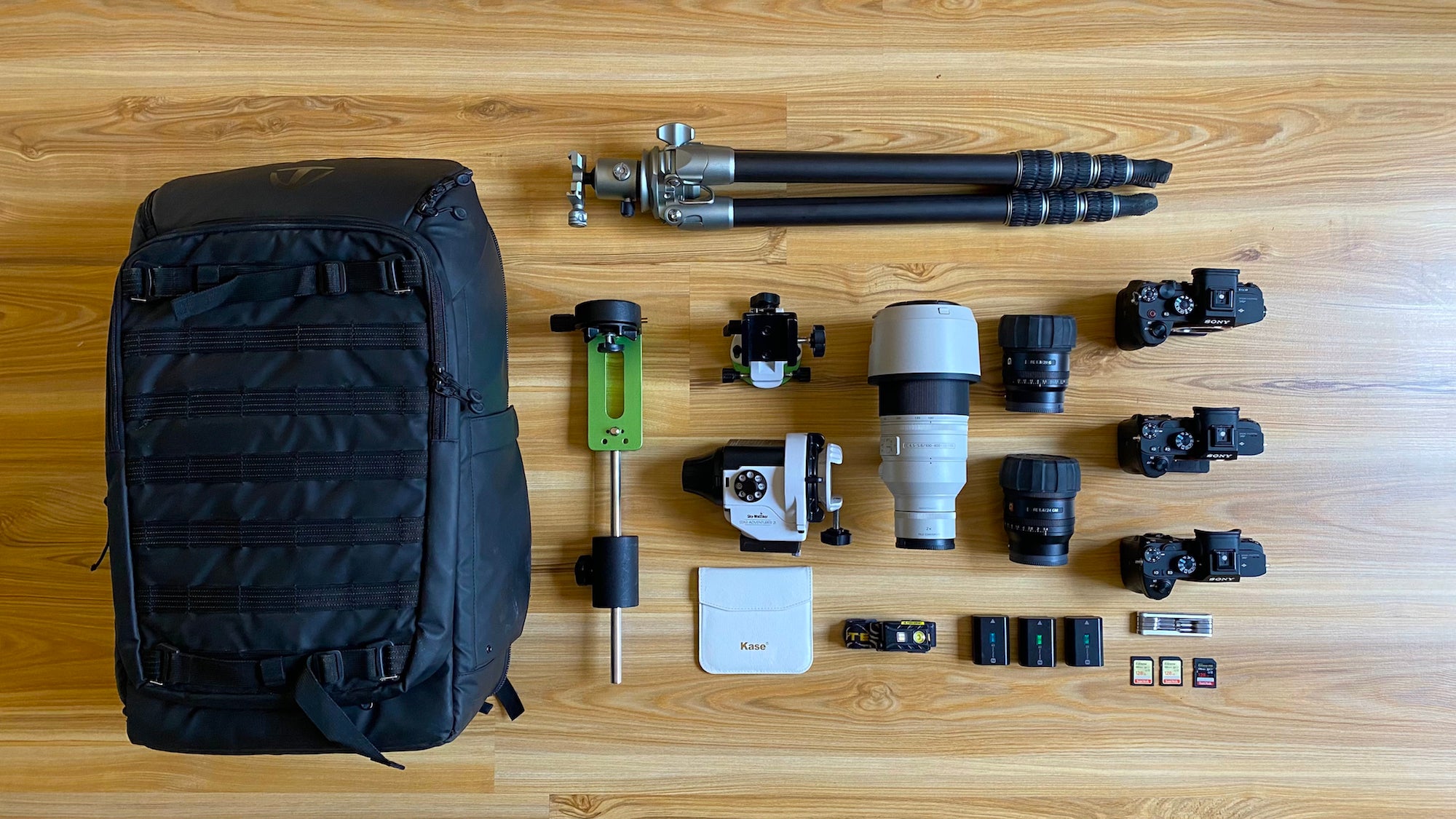 Why this nightscape astrophotographer switched to Sony Alpha cameras and lenses and how it's changed the way he shoots and the nighttime images he's able to make.

Sony Alpha 7 III: My first ever Sony camera, the camera that made me fall in love with the Sony system. Every astrophotographer needs the best low light camera, and the Sony Alpha 7 III system ticks all those boxes for me. The dynamic range and low noise levels allows me to take those Milky Way images that show every detail. From enhancing the color in nebula to crisp sharp images of the stars, it never disappoints. I leave this on Manual all the time and rely on my custom settings when in the dark. I even have a second Alpha 7 III as a backup to take timelapses using the inbuilt intervalometer. 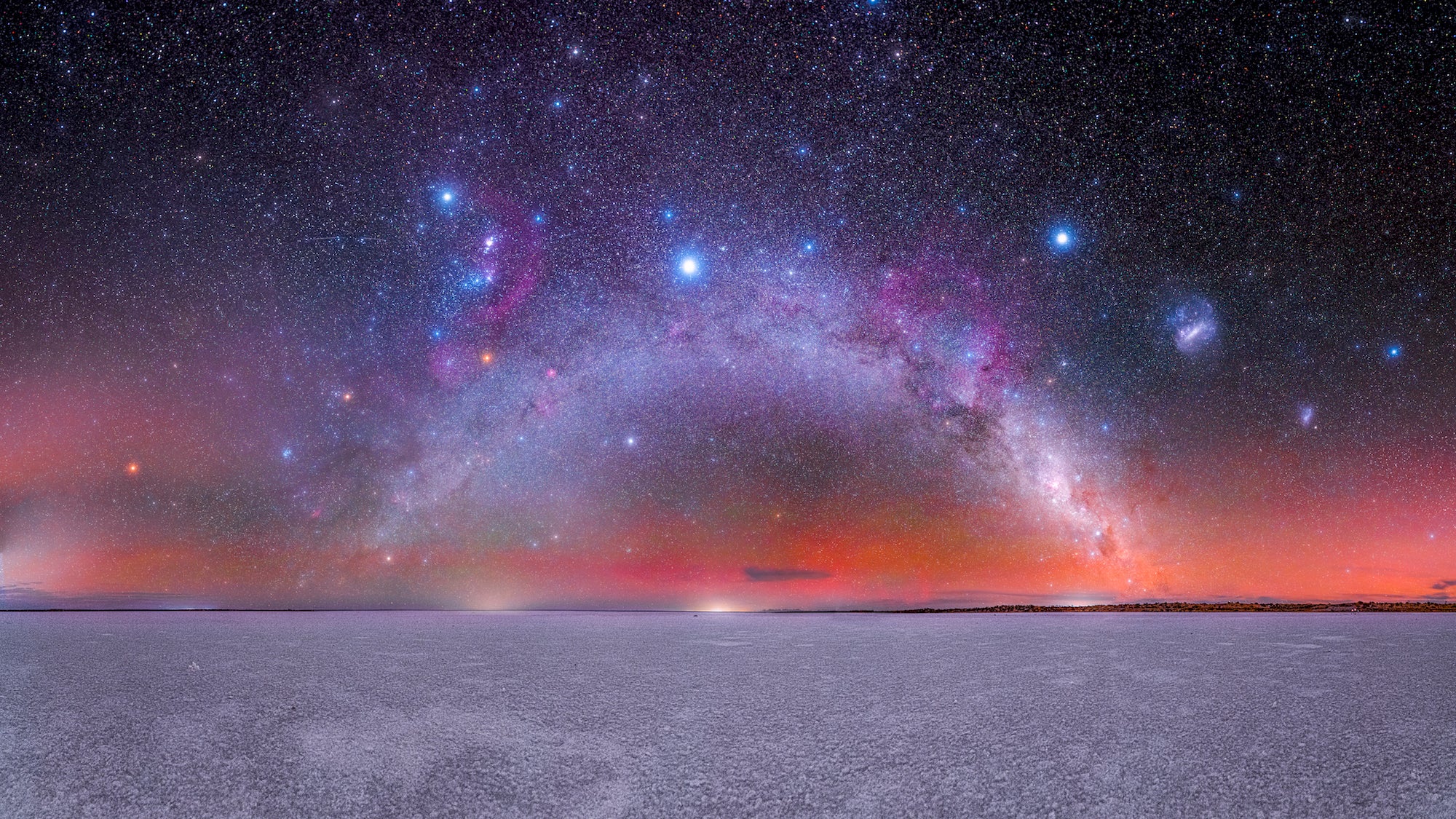 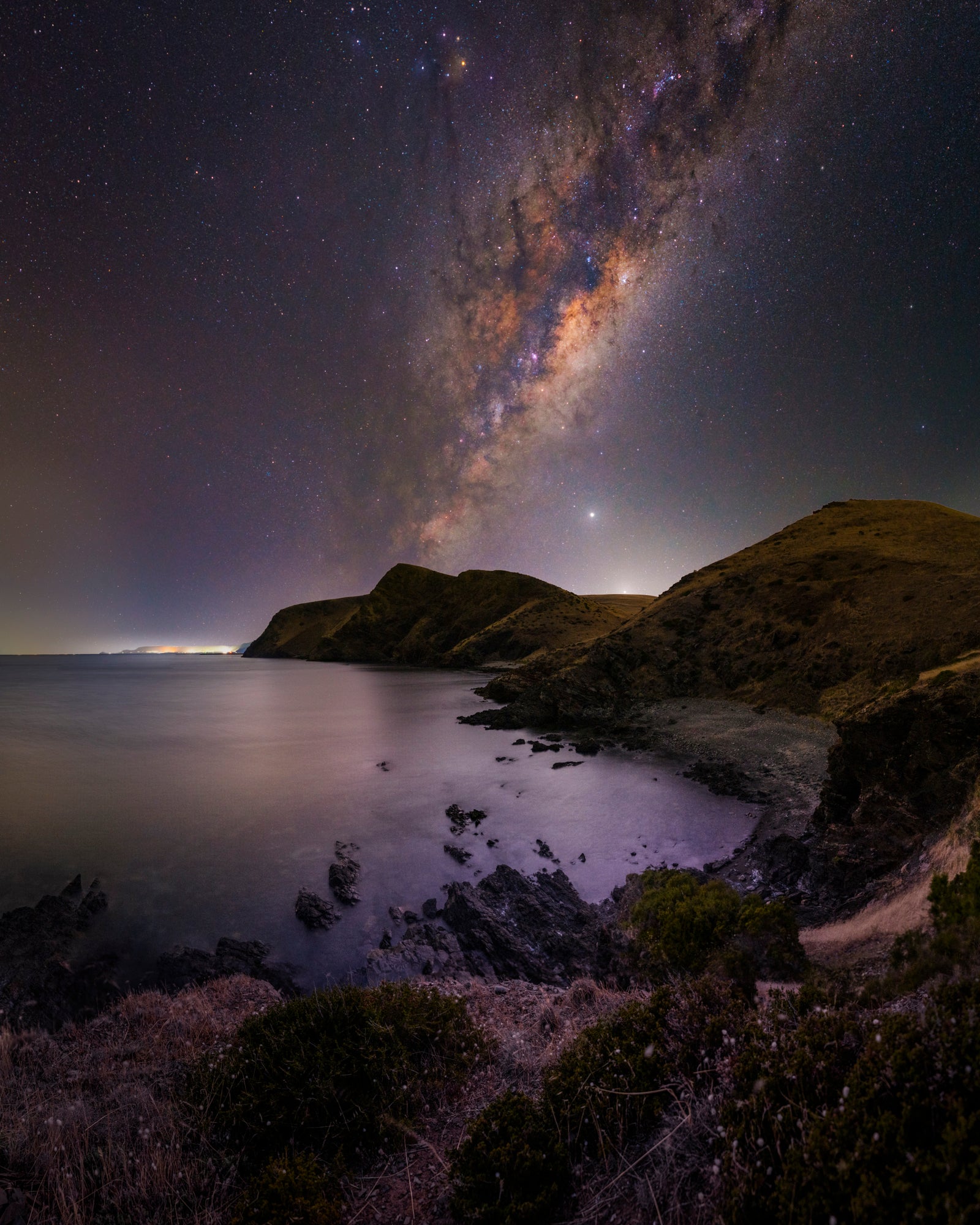 Sony Alpha 7S III: A camera that I use to capture video and tell the story of each of my images. With the amazing low light capabilities of its sensor with clean high ISO, it's able to capture some of the most amazing images even though only 12mp. I can literally see in the dark with this camera. 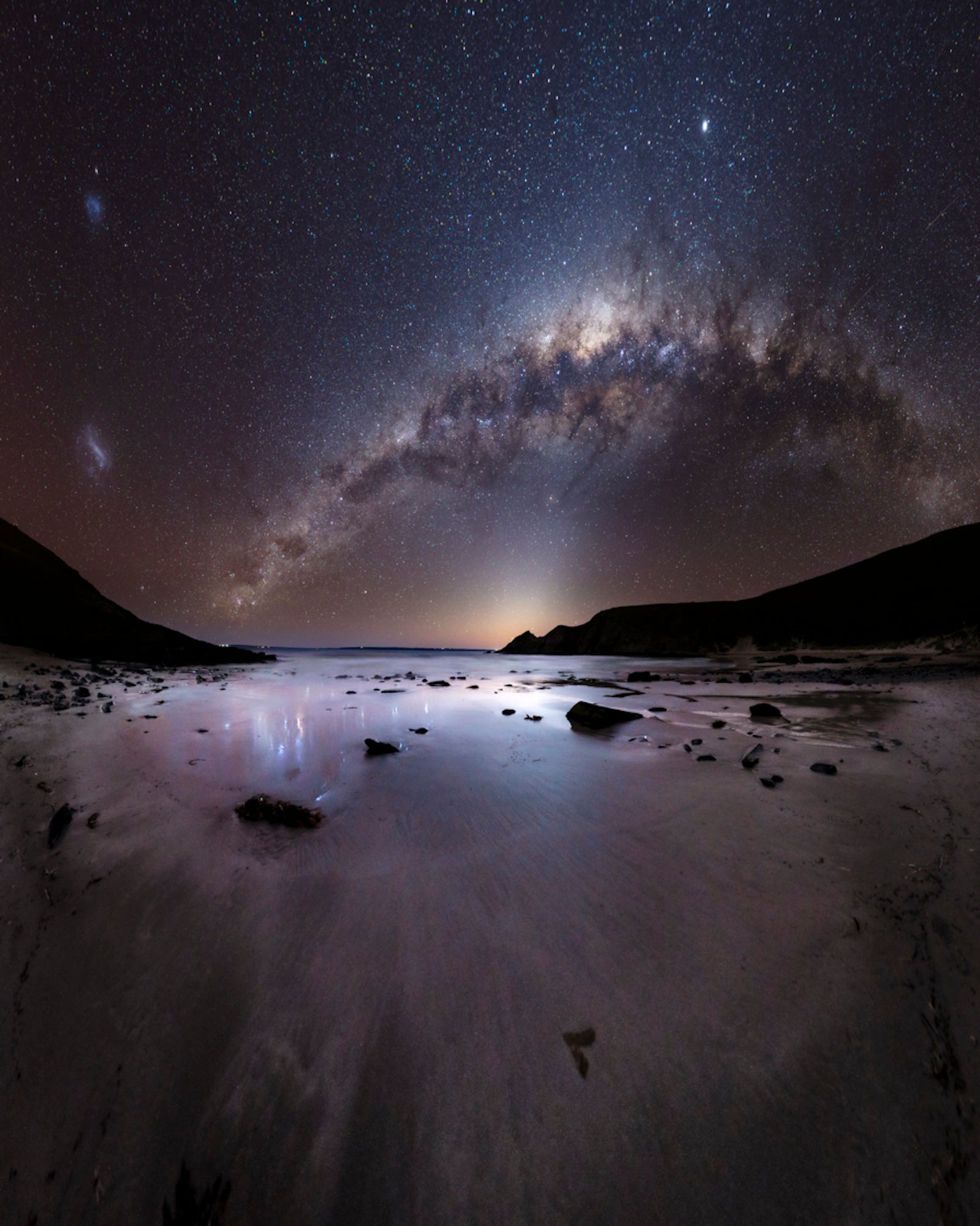 Sony 20mm f/1.8 G: If I could only choose one lens to take out at night, it would be this one. For me, it's the perfect focal length–not too wide and able to enhance the fine details of the Milky Way. The sharpness of the stars through this lens is mind blowing. It’s so light and compact it makes taking images so much more enjoyable. This lens lives on my camera. 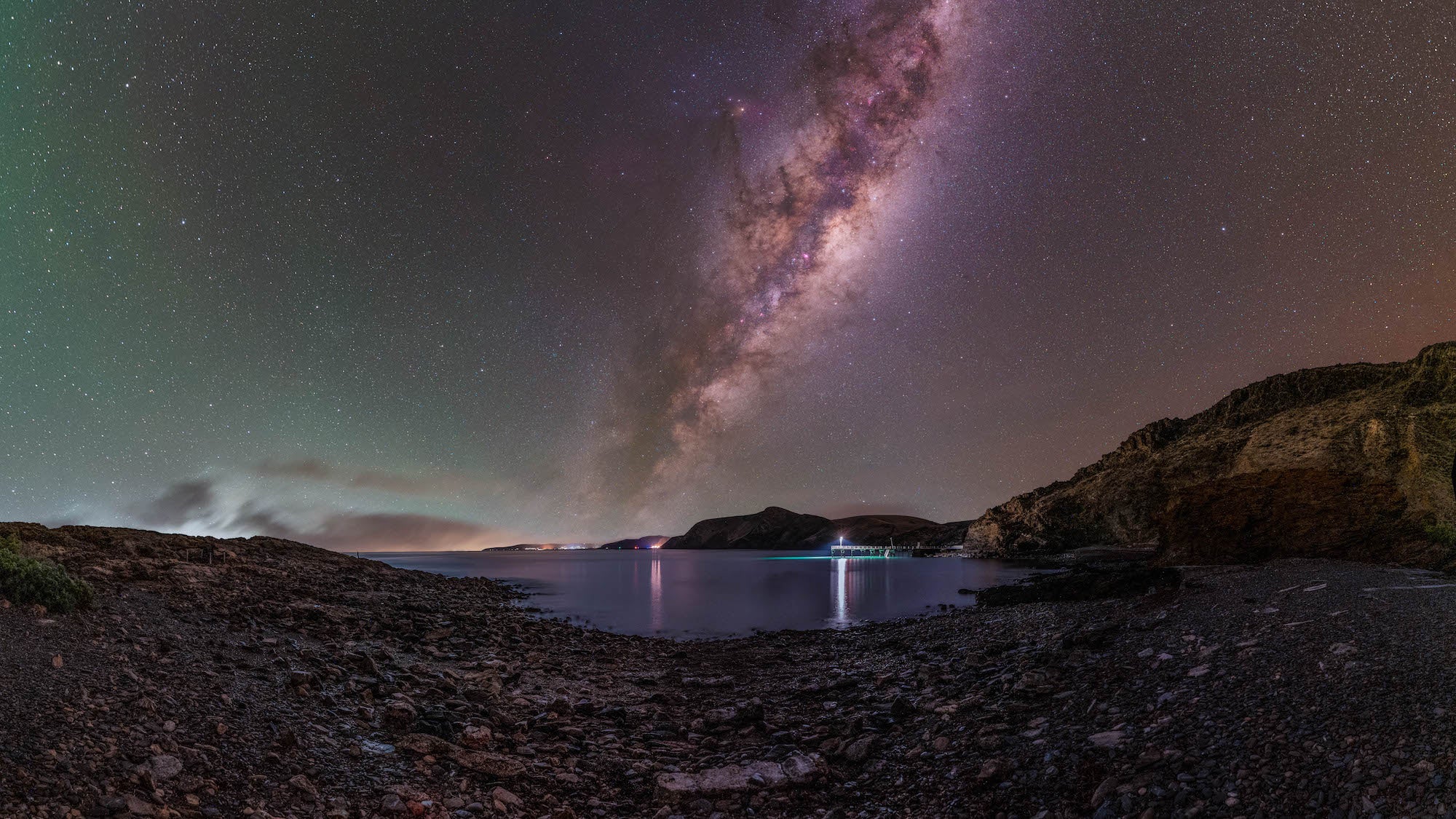 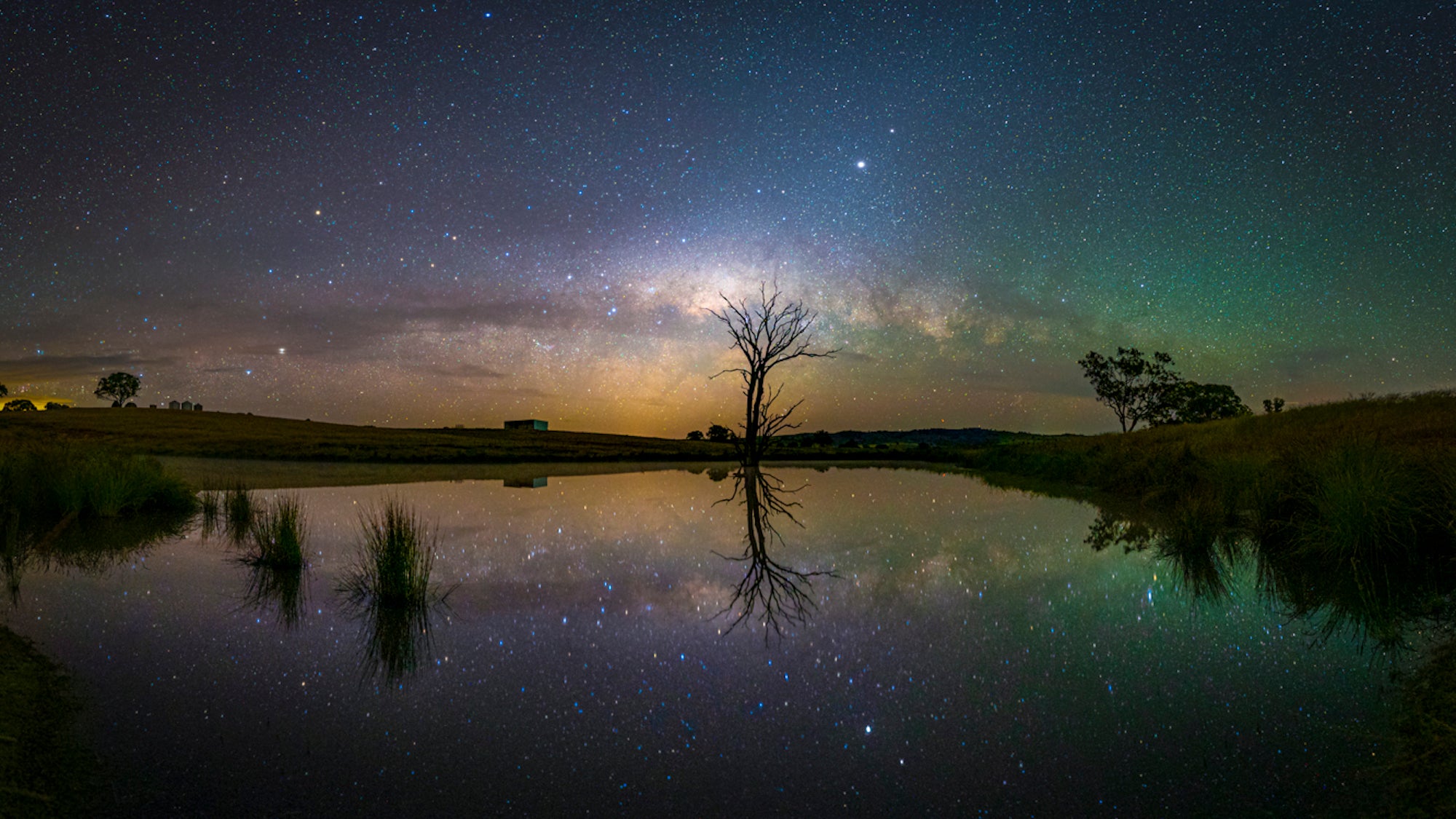 Sony 24mm f/1.4 G Master: At a maximum aperture of f/1.4, this lens is a low light beast. If my 20mm is being used for timelapse or video I will use my 24mm f/1.4 GM lens to capture the Milky Way. At 24mm focal length, it increases the level of contrast of the dark lanes of the Milky Way and color in the night sky. 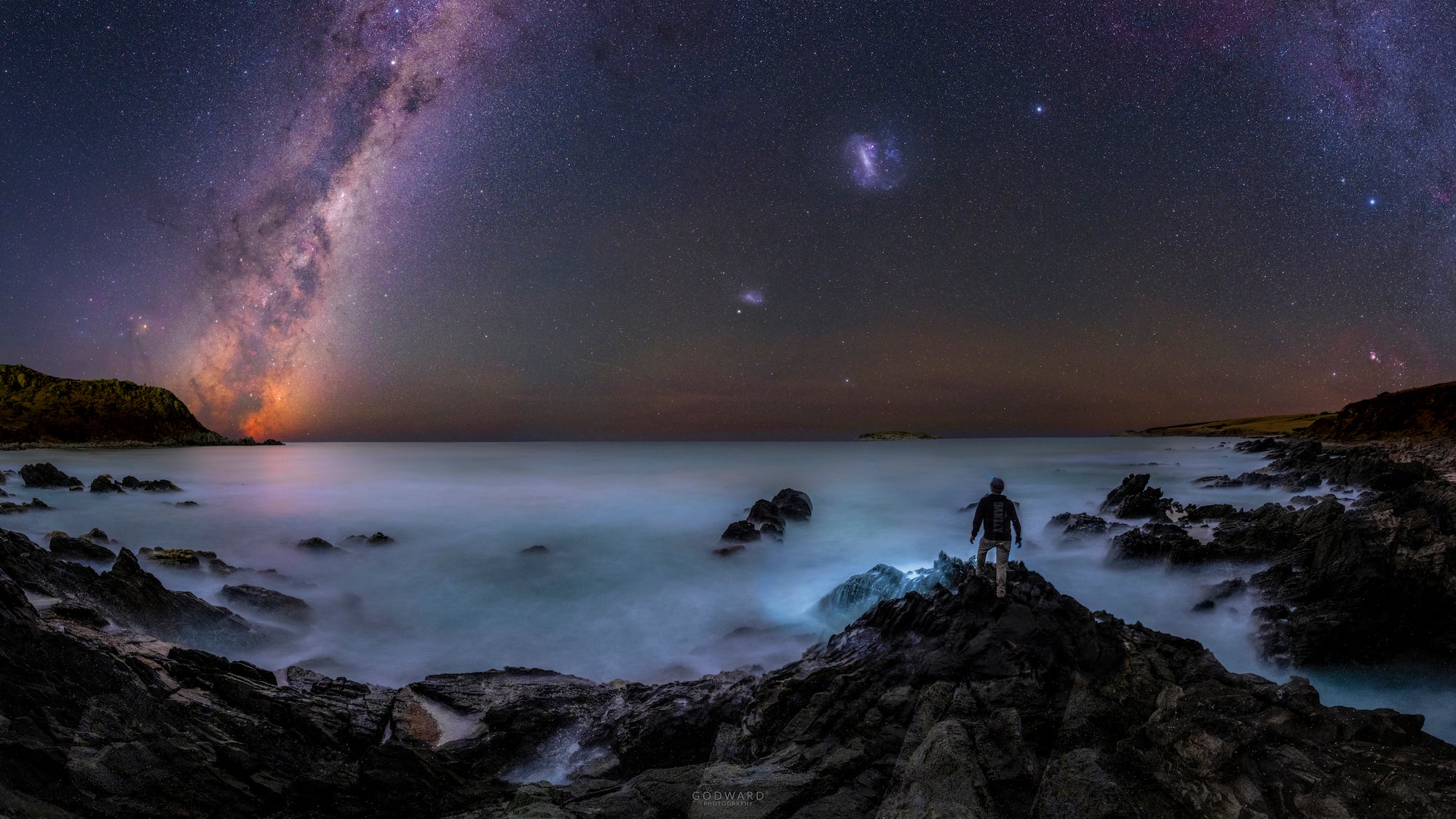 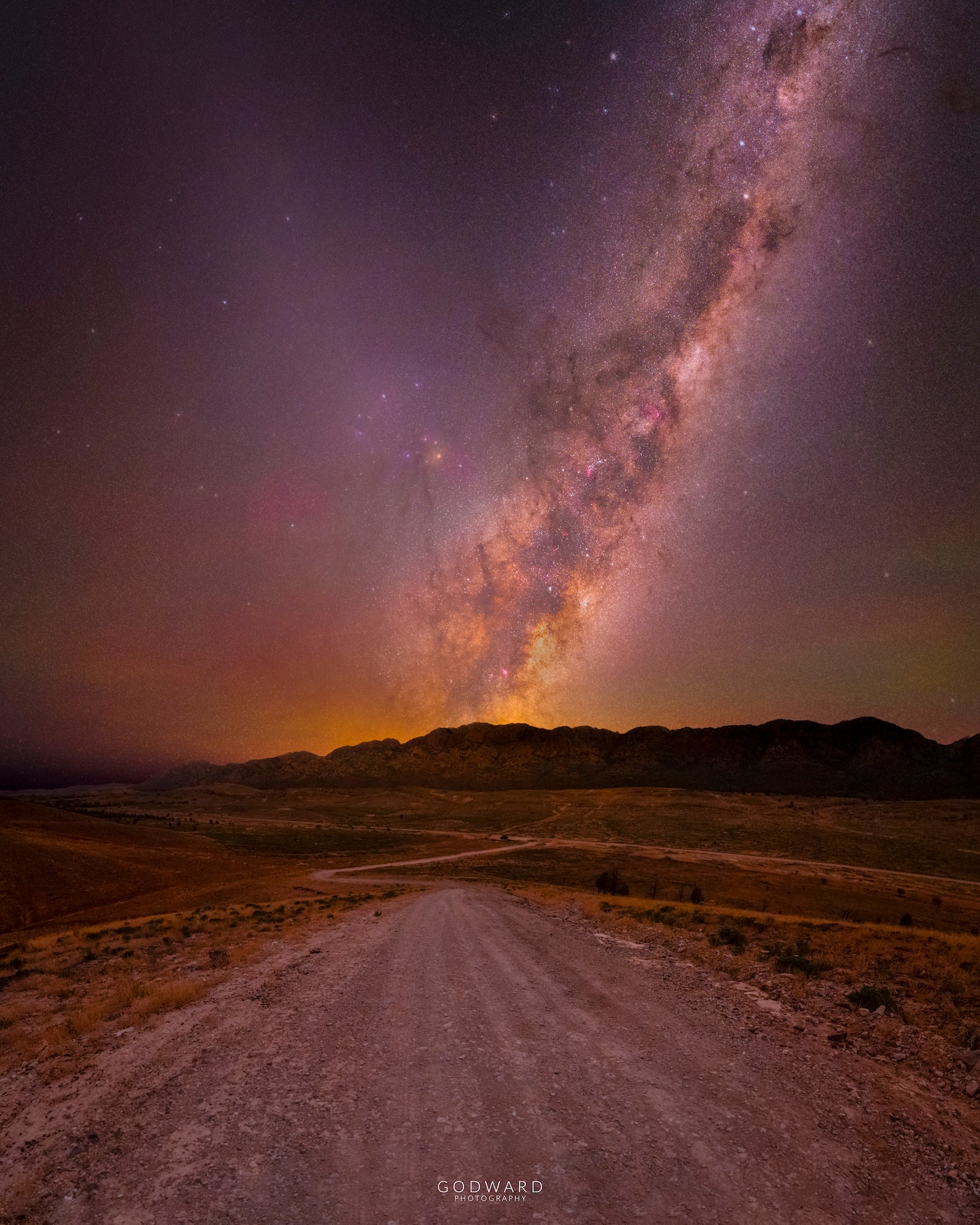 Sony 100-400mm f/4.5-5.6 G Master: I use the 100-400mm GM lens if I want to capture a full moon rising or silhouetting an object /person against the night sky. The clarity of this lens on deep sky objects is amazing and comparable to high quality telescopes in a lighter package. I also own the 2x teleconverter if wanting to increase my focal length to 800mm and capture the moon in all its detail. 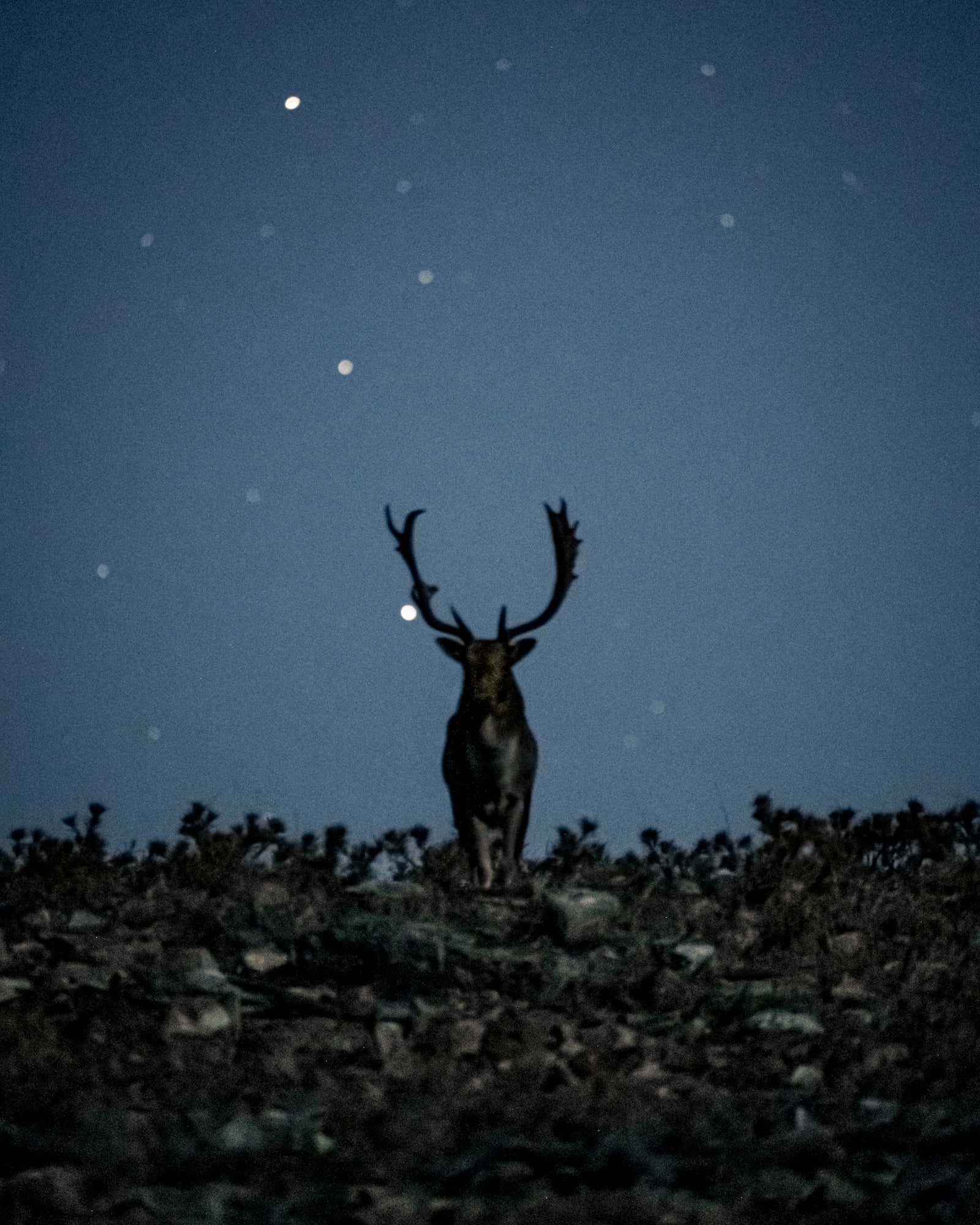 Sky-Watcher Star Adventurer Star Tracker: The one accessory I could not live without. Being able to have pinpoint stars and increase my exposures to beyond one minute turns normal images into award winning works of art.

Fotopro Tripod: A tripod is the foundation of every nightscape photographers kit. I trust and use the Fotopro carbon fibre range of tripods. Love the leveling head of the E7 series when using the star tracker.

Alyn Wallace StarGlow Filter: A great addition to the nightscape photographers kit. It creates a different style of composition enhancing the brightest stars giving them a glow effect. A unique style of shooting and something I’m using more on each trip.

Tenba Axis 32L: The perfect bag that is not too heavy, but has ample amounts of space to carry all my gear. Whether through an airport or up a mountain to capture the perfect shot.

I hope this gives you a small insight into the life and gear used by a nightscape photographer.