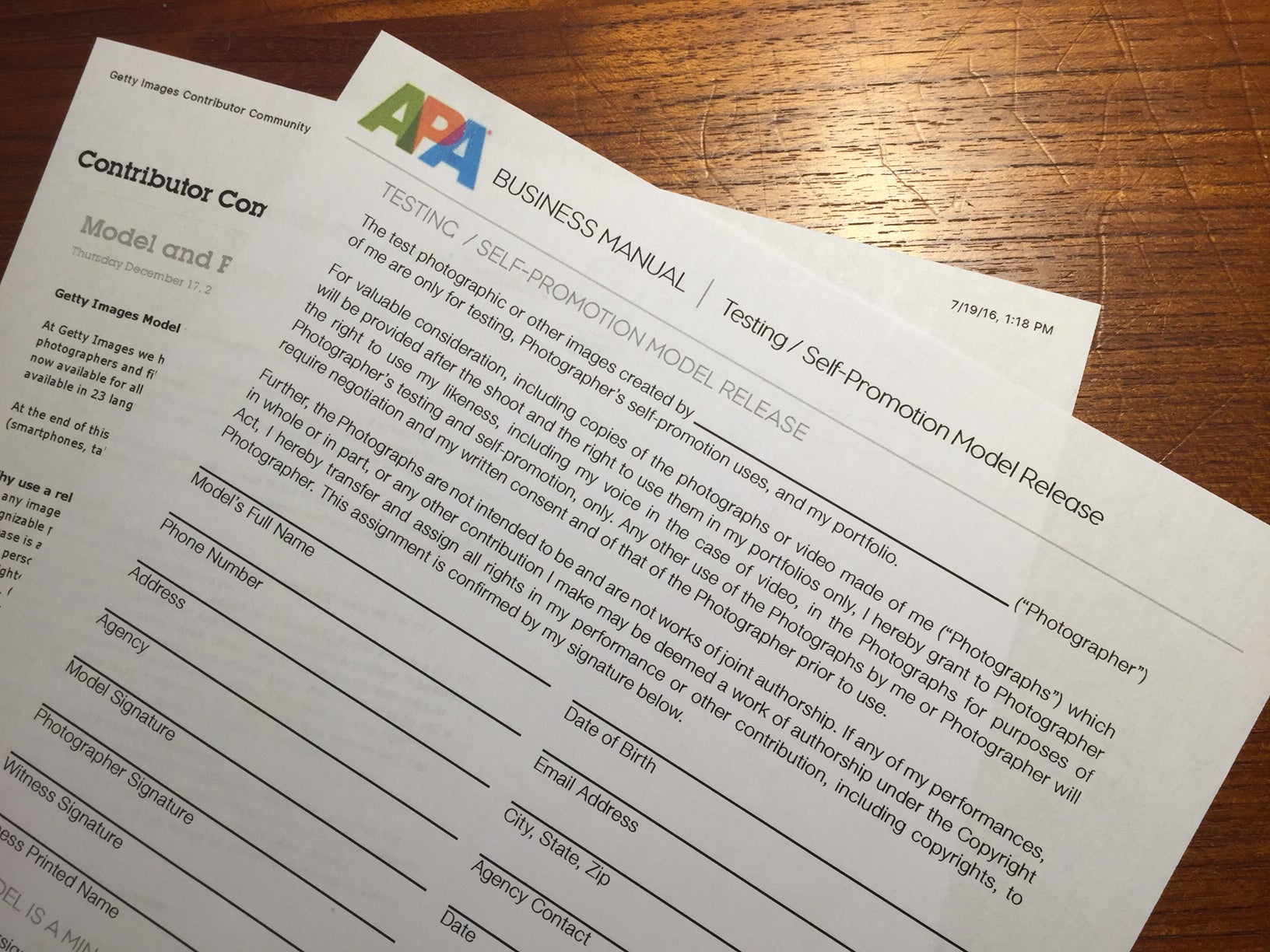 Q: I want to start selling my photos. They are mostly landscapes, but also some urban photography. I’ve read horror stories on the Internet about photographers being sued for taking pictures of just about anything. Do I need to have a model release for everything I shoot? There are a lot of model releases online. Which is the best one?

A: First let me say that I am a photographer, not a lawyer, and nothing I say should be taken as legal advice.

That said, in the United States, you can photograph almost anything as long as you are on public property or have permission to be on private property. Where it gets tricky is when you want to use that photograph. For people, a model release may be required depending on how the photo will be used. The general rule of thumb, which is to protect you and the client who is buying your photo, is that you need a model release for “commercial use” if the person is recognizable. So if someone wanted to license your photo of your best friend for an ad, that would require a model release. If they wanted to use that same photo for an article about your friend in a newspaper or magazine it would likely not require a release because it’s not commercial use.

When a photograph is of private property, it gets into a gray area. Many people suggest a property release, but that need is not really clear. Beyond that, if a photo includes a trademark, that may also require a release. What many photographers do, if there is a trademark and it isn’t integral to the photo, is retouch it out. A logo on a shirt, for example.

Again, we strongly suggest you consult with an attorney to get qualified legal advice.

Q: What does “stopping down one stop” mean?

A: Stopping down one stop refers to changing the exposure on the camera to make it one stop darker. One stop darker is eliminating half the light, either with the aperture or shutter speed. Often photographers talk about stopping down to mean using a smaller aperture with the goal of gaining depth of field. In that case, while you would stop down with the aperture, you would then open up with shutter to maintain the same exposure. Most cameras can be adjusted in 1/3 stops, so it takes three clicks to equal one full stop. As a quick reference, full f/stops are typically f/1.4, f/2, f/2,8, f/4, f/5.6, f/8, f/11, f/16, f/22 etc. Shutter speeds are more intuitive: going from 1/125-sec to 1/250-sec is one stop darker and 1/125-sec to 1/60-sec would be one stop lighter. 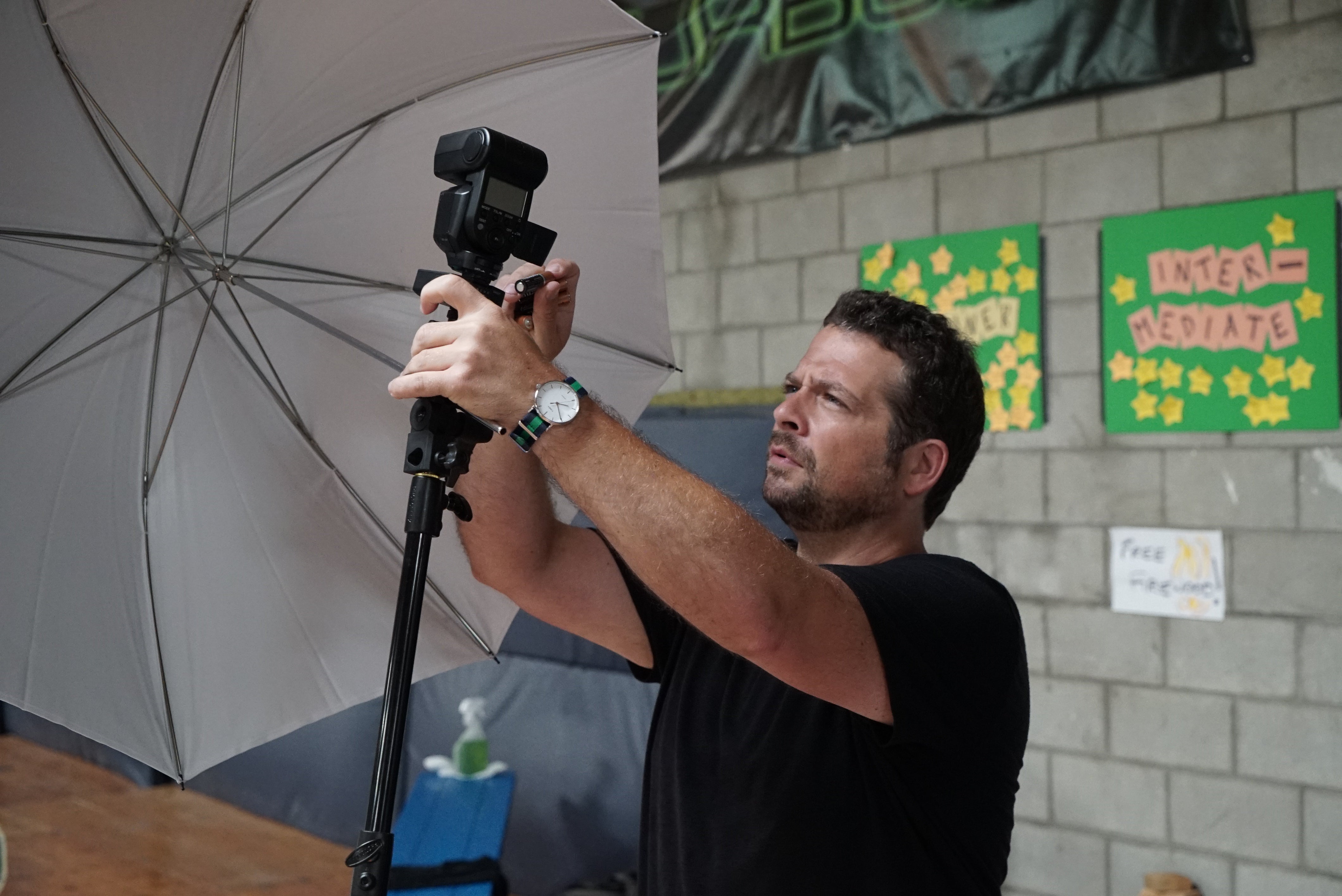 Q: How can I get flattering light for a portrait with a single flash?

A: Direct on-camera flash can certainly be harsh, but there are many options to help soften the light. When you’re thinking about harsh versus soft light, the biggest issue is the size of the light source. Small light sources are harsh and large sources are soft. An on-camera flash is a relatively small light source so to soften the light, we need to make it bigger. There are two broad categories of on-camera flash, those that tilt and rotate like the Sony HVL-F43M and HVL-F60M, and those that are fixed like the Sony HVL-F32M, HVL-F20M as well as the built-in pop-up flash in cameras like the α77 II and α6300.

With a fixed flash the simplest way to make the flash more flattering is to diffuse the flash. This is done by putting something translucent and a little larger in front of the flash. That can be as simple as attaching a piece of frosted plastic or a piece of Lee or Rosco diffusion to the camera with a little gaffers tape. With a flash that tilts and rotates there are many more ways to change the quality of light. The easiest way if the location allows for it is to turn the flash head so it bounces off a wall or ceiling.

If you can take your flash off camera, you can do even more to control the quality of the light. Using a remote trigger like the new Sony FA-WRC1M Wireless Radio Commander and FA-WRR1 Wireless Radio Receivers, you can get the flash off the camera and attach accessories like an umbrella which can make a huge difference. That’s not always practical or feasible, but if you can do it, you’ll be able to create a really beautiful look even with a single flash.

Sony Artisan of Imagery Tony Gale is and award winning commercial photographer based in New York City. He is the National President of APA, a Manfrotto Ambassador, a X-Rite Coloratti and teaches at FIT in Manhattan.
Do you have a question for one of the Sony Artisans Of Imagery?

You can submit your questions to Tony at his Facebook page or send an email to alphauniverse@am.sony.com and put “Ask An Artisan” in the subject line.