Ippei & Janine (@ippei.janine) are a lifestyle photographer couple based in Tokyo. They specialize in timeless cinematic images to tell the unique stories of their clients, covering the corporate to the family and everything in between. Their work has been published in dozens of global media publications and countless advertising campaigns. They mainly shoot with the Sony Alpha 1 and Alpha 9, and they are Sony Xperia ambassadors who use the Xperia series as their additional camera. They recently had the Xperia 1 III device at the rice terraces in Japan and captured this beautiful sunset. Learn more about how they got the shot below and see more on their complete kit in their What’s In My Bag article. 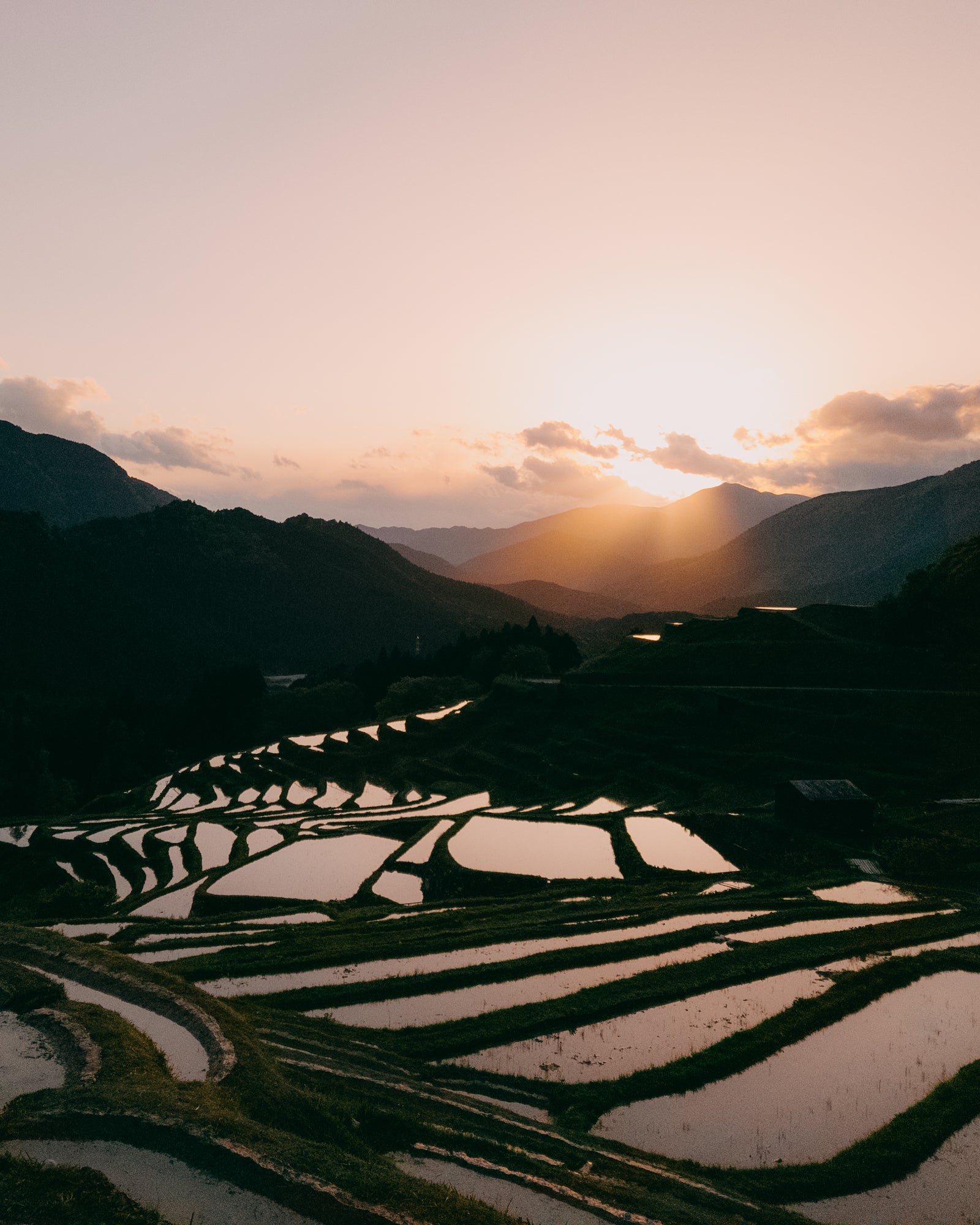 Lifestyle photographers Ippei & Janine tell the story behind capturing this incredible sunset in Japan with the Sony Xperia 1 III.

We were shooting around Kumano Kodo, an ancient pilgrimage trail area in Wakayama, Japan, while Sony was filming us for a commercial at various spots in the region to promote the Sony Xperia 1 III. We had this tranquil scene in mind because it coincided with the time of the year when water is put back into the rice paddies, usually creating beautiful, serene reflections. This particular area is one of the most famous “1000 rice terrace” spots in Japan. These types of rice terraces are called "Senmaida" in Japanese, which literally means “One thousand rice paddies.”

This one, "Maruyama Senmaida," used to have over 2,000 rice paddies but now it’s down to 1,340 due to depopulation. Previous to this location, we were in the dense forest so we wanted to differentiate this photo from our previous shots, where you can see the sunset. It had been raining all day, torrential, unstoppable rain, and we weren’t sure at all if we were even going to see the sun, let alone a beautiful sunset. Finally the clouds cleared and then it was a race against time to catch the fast setting sun. We also chose this scene to add in the film to highlight the capability of the Zeiss lens with the sunset, as it is easy to have unwanted or excessive ghosting and flare with smartphone cameras. 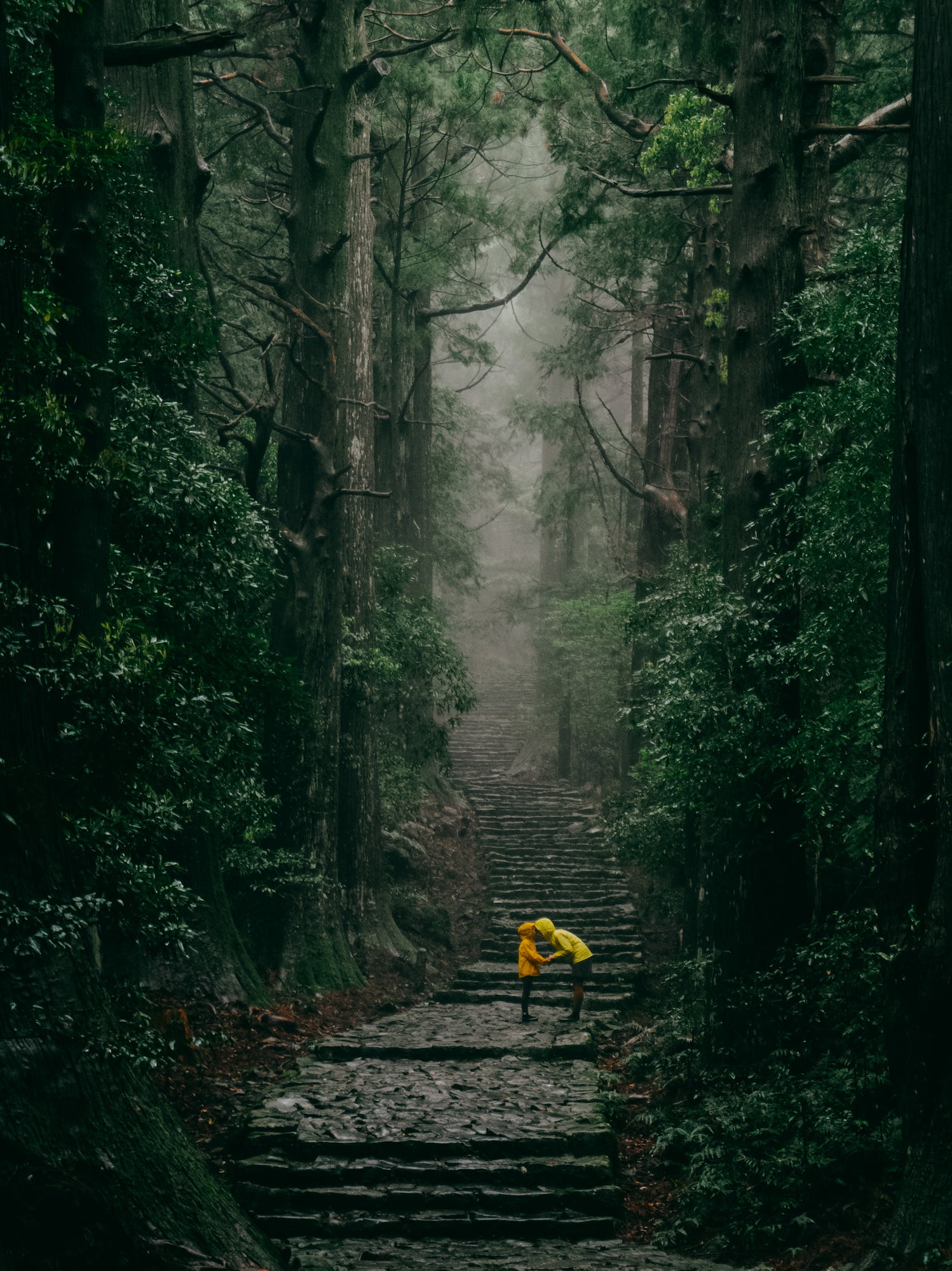 Using The Xperia 1 III To Get The Shot

Through the Xperia Photography Pro app, we set the ISO to 200 in order to keep the noise to a minimum. This was a handheld shot, in order to have flexibility to easily move around with the angle of the light changing. As we are Sony shooters, the interface of Photography Pro is similar to that of Alpha cameras, so it was quick to realize our vision for this image while the sun was quickly setting.

Initially we couldn’t decide the best position because there were clouds on the horizon which could have potentially ruined the sunset at the end, so Ippei was on standby at the top of the rice terraces, while Janine was in this position, waiting for the best light. Ippei had another Xperia 1 III, waiting for the sun to peek through the clouds before setting, however he couldn’t see the sunset well from his position. We were hoping for some clouds above us for a pink sky, however we got a great reflection on the paddy water which we were happy with in the end. Luckily Janine was able to see the sunset peaking through the clouds and capture this very brief moment while it lasted. 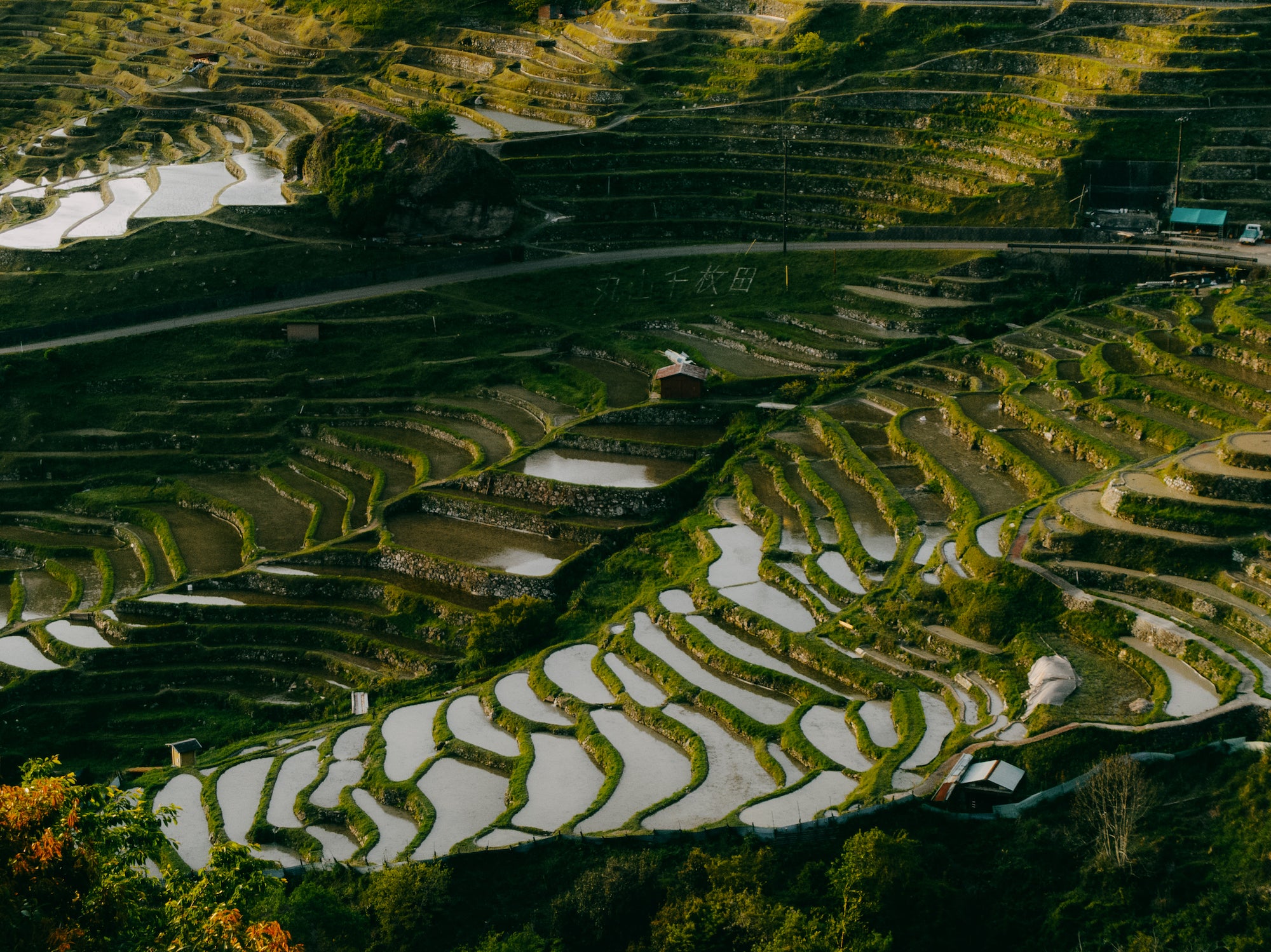 We used our original preset which we developed for Xperia 1 III RAW files. We intentionally left the darkest parts of the image almost crushed, because we wanted to draw the viewer’s attention to the paddies which were lit up with the reflection, as well as the sunset. Some people might want to lift the black to recover the shadow areas, but for us it adds a dramatic edge to the image, and it's close to what you would perceive with your eyes while watching the sunset and reflecting paddies. In this scene we felt that simplicity was important, however we paid particular attention to the sky so it retained a bit of nuance to create a beautiful atmosphere.

See more of Ippei and Janine’s work on Instagram @ippei.janine.

Summer Vacation: See What Happens When This NatGeo Photographer Takes The Sony Xperia 1 III To Florida

Summer Vacation: See What Happens When This NatGeo Photographer Takes The Sony Xperia 1 III To Florida