When he went to Kando Trip 1.0, Philip Edsel gave himself a mission. Everyone at the event was given a Sony α9 and their choice of Sony lenses to use during their time at Kando Trip. Edsel, a fashion photographer and member of the Alpha Imaging Collective, typically uses an α7R II for his work. With all of the news flooding the Internet about the α9 as a super camera for photojournalism, sports and weddings, Edsel wanted to find out if it would also be a go-to for the fashion world. To do it, he set about doing a mock editorial fashion shoot with a group of models at one of the sets at Kando Trip. 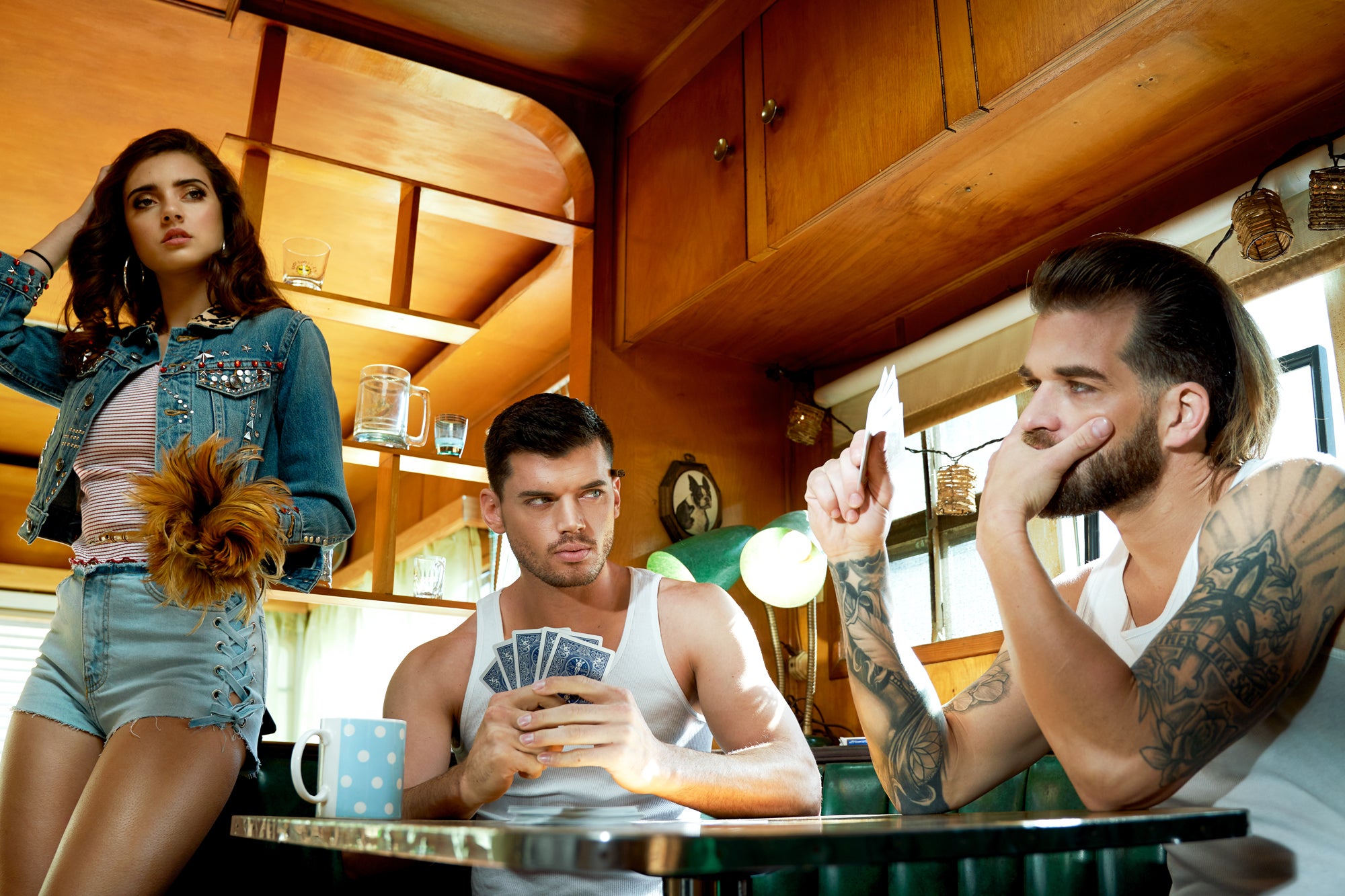 Alpha Universe: You had a chance to use the new α9 at Kando Trip 1.0 in California. As a fashion photographer, what’s your impression of the camera?

Philip Edsel: It was super cool. To be honest, I didn't really know what to expect in terms of how I'd feel about it, not because it wasn't an amazing camera, but because I love my α7R II. I know the capabilities of the α9 are pretty unheard of, but I didn’t know how I would work for me. Then having my hands-on time with it, I just fell in love with that camera. Ergonomically, it just feels really nice. It's not like crazy different from the α7 series but the little changes made a big difference. I really liked the way they did the functions and placement of knobs like the drive mode and the focus modes. They did a lot that’s just really smart.

Obviously, most of what I do is kind of portrait and fashion-based, but a lot of my work has to do with potential energy, like kinetic energy. So a lot of times when I work with subjects, especially doing fashion work, I have them move because I want a lot of motion in the shots. So although I wasn’t necessarily expecting to love the α9, when I used it and worked with the 20 frames per second, it really worked for me.

And now I’m thinking about the possibilities that the camera opens up for me. I don't do a ton of static studio work. It's all very on the go…run & gun. So I think the α9 is surprisingly more suited for me than I had originally thought it would be. 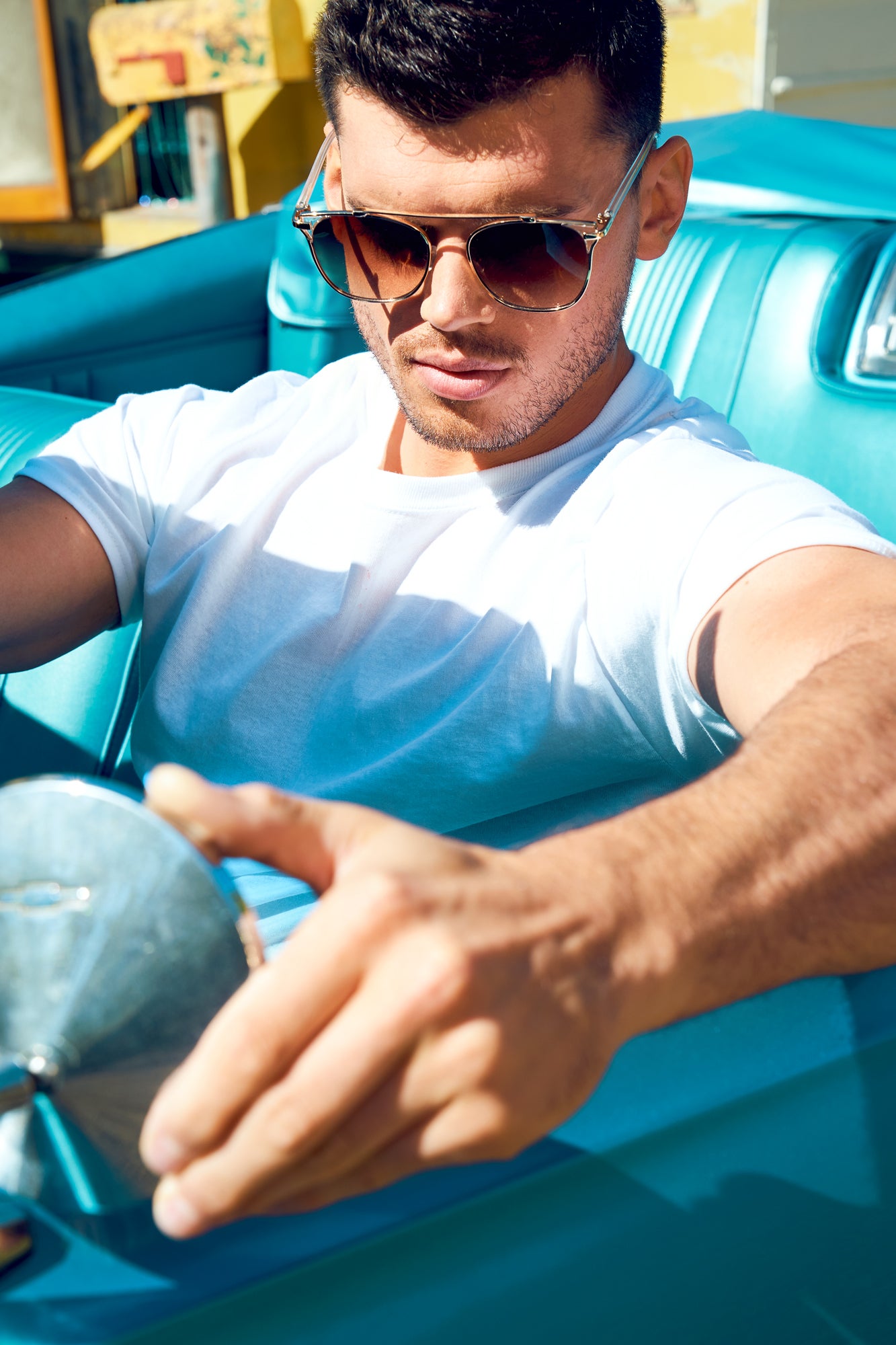 Alpha Universe: At Kando Trip, you put the α9 to a test doing a full-blown mock editorial fashion shoot with a group of models and a set... The "California Dreaming" shoot.

I also think it's a shame that I don't encounter more people in my industry that are using Sony. Beauty photographers and others that that require tons of detail are starting to use the α7R II more now and I think the a9 might really drive a lot more conversions if more fashion and beauty photographers get a feel for how it works on set as well as the final images.

The α9 has a lot of features that will make it work really well in my industry. The speed, the AF, the dual card slots and just the ergonomics. A lot of what makes it a great sports camera also makes it a really solid fashion camera. So for me, it was really exciting to put together the story on a camera that had never been used in this capacity before and also may not be considered for this capacity. 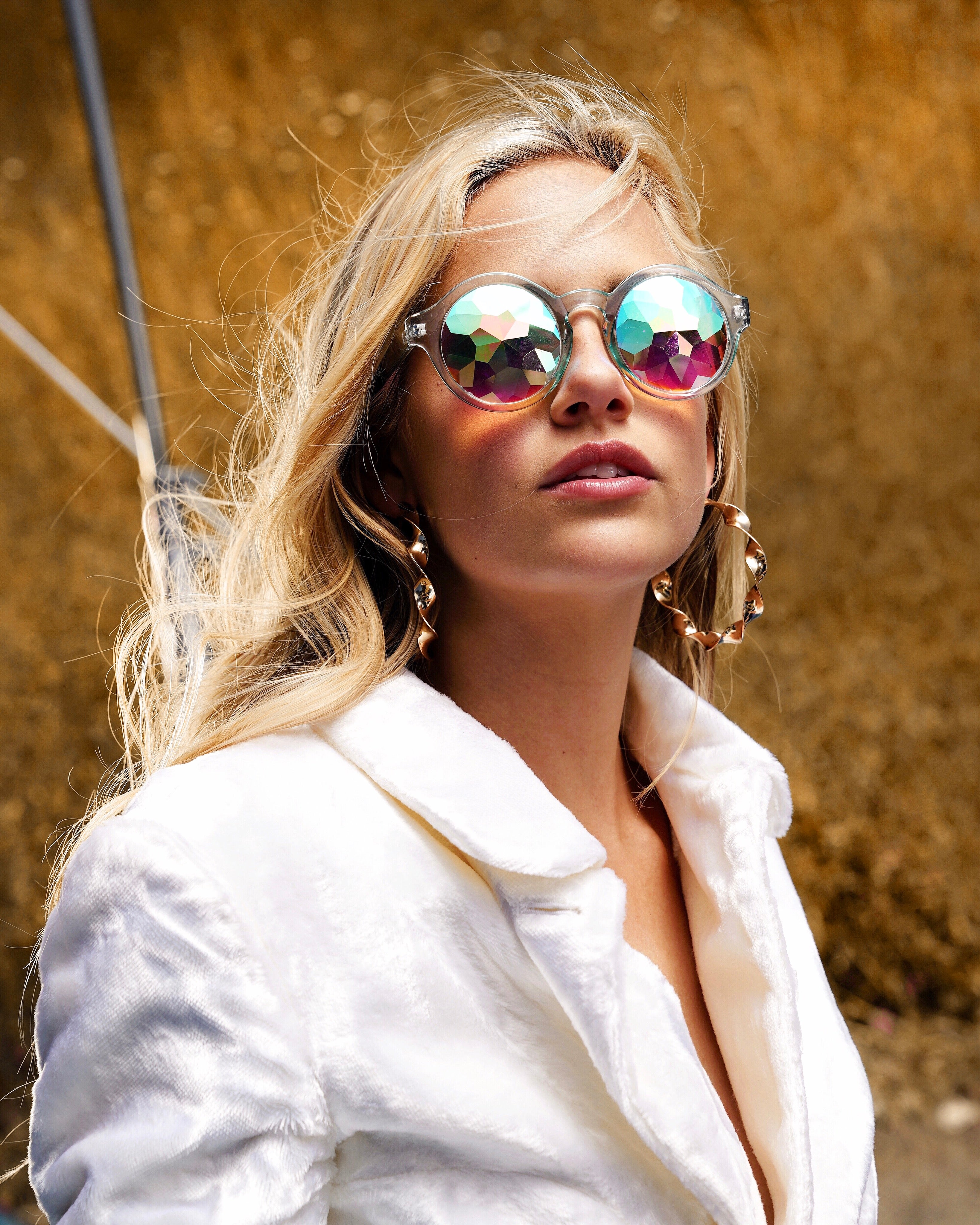 Alpha Universe: So you were working with a small group of models in a multi-faceted set environment. and you worked to create a diverse, but cohesive group of images.

Philip Edsel: First I have to give a lot of credit to the set designer we had there. She was unbelievable. There were a lot of obvious places to shoot, but I didn’t want to do the obvious. I was looking at all the props and other stuff on set and she and I moved things around to create some different scenes within the set. There were all these old TVs lying around and I said what if we set up like a kind of “living room” and we stack these TVs. It felt like very surreal. And, of course, we were in a kind of a desert landscape…that all just got my creative wheels turning.

So for me it was like trying to find little vignettes. It was such a big set and you could shoot it simply and think that you're done in a day, but when I tried to create these little vignettes, then I had so many options for angles.

One of the things that I love, too, is getting to work on a production with all the lighting and grip stuff at my disposal. I actually wanted some of that in the shots because it made it feel like it was a vintage movie set with movie stars.

For the editorial fashion shoot, I was looking at it like I was creating a scene where they were shooting a movie and the stars were taking a break and just kind of like hanging out on the set of the movie. And I was working with the models giving a lot of direction. Some of the other photographers at Kando don’t have as much experience working with models and they aren’t as comfortable doing it and I think the models really responded well with me because I'm a little more comfortable with giving direction and in an environment like that. It was actually really a fun shoot. 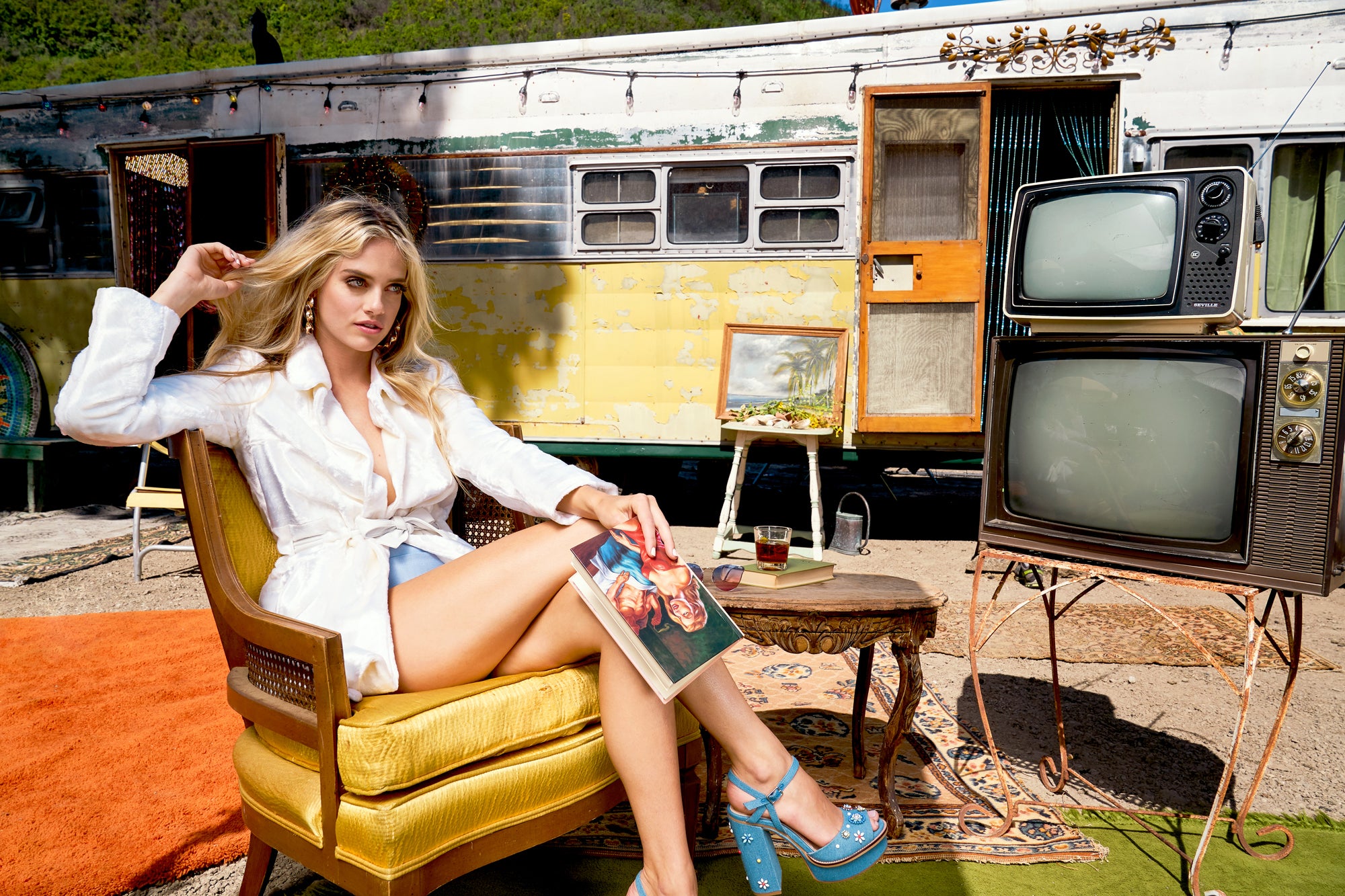 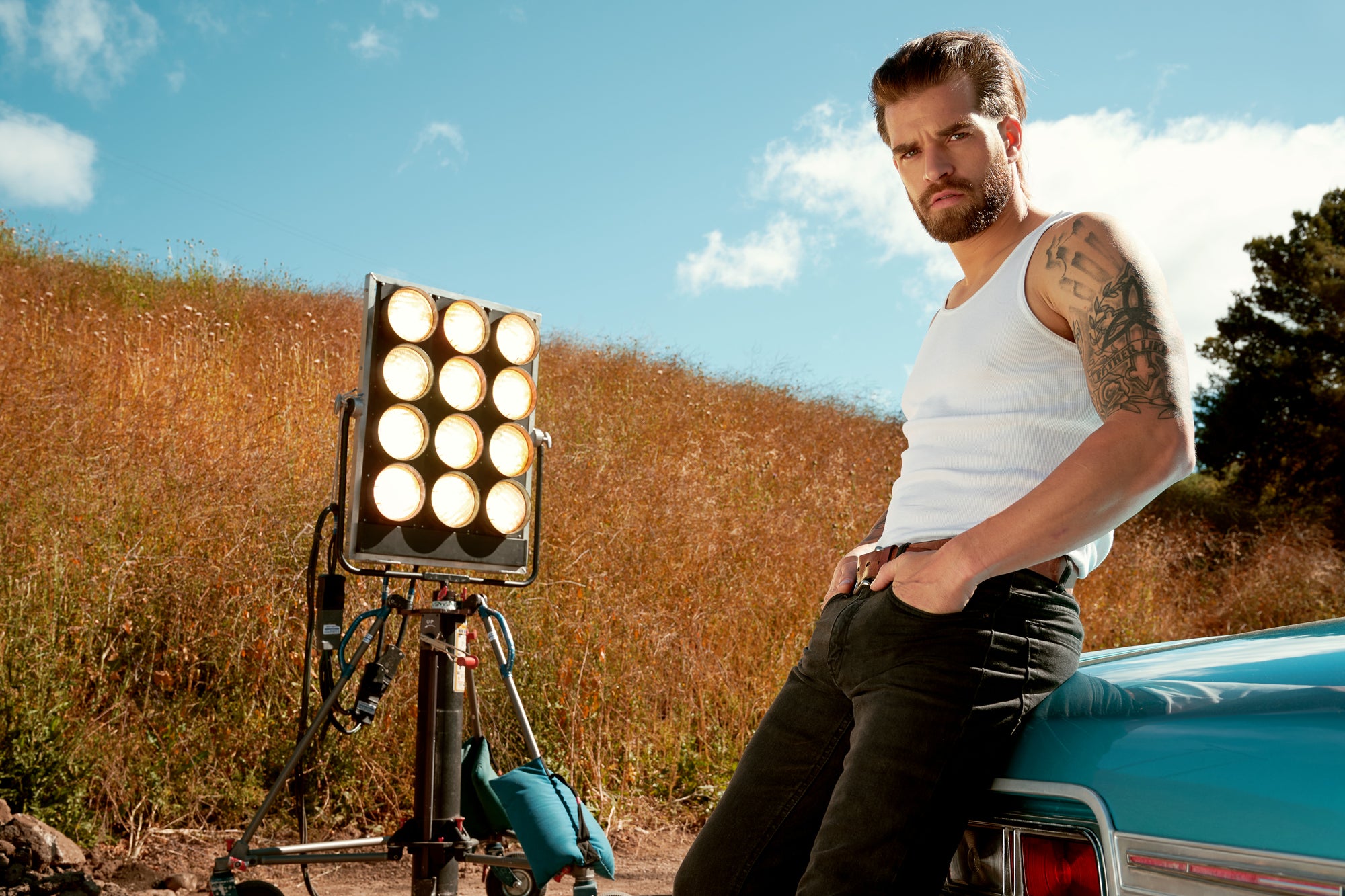 Alpha Universe: What’s the most important thing for a photographer to do in an editorial fashion shoot? What do you do that makes the images work together?

Philip Edsel: I think that fashion photographers are always trying to do the unexpected. To take a normal looking environment and then change it up or add some kind of surreal element. To me, it felt like the whole set felt like it was like a dream that somebody was having. There was this vintage trailer and these super-glamorous looking people in like what could be a trailer park. Then taking the unexpected, you try to weave similarities to the look through the images without making them repetitive.

Alpha Universe: You used the 24-70mm G Master on the α9 for all of these photos. Why that lens?

Philip Edsel: A lot of my work, since it does have to do with this idea of time and potential energy or kinetic energy, one of my favorite lenses is the 16-35mm f/4. I shoot with that a lot. I photograph people with it a lot because I'll lay on the ground and I'll have them move over me. It gets this really kind of weird distorted element that I think is pretty cool.

So I actually love using wide-angle focal lengths and being able to move from 24mm to 70mm gives me a lot of latitude in a shoot like this. It’s not crazy wide and super-distorted at the wide end but I can still create some of that kinetic energy look. Also, it's just technically an incredible performing lens. 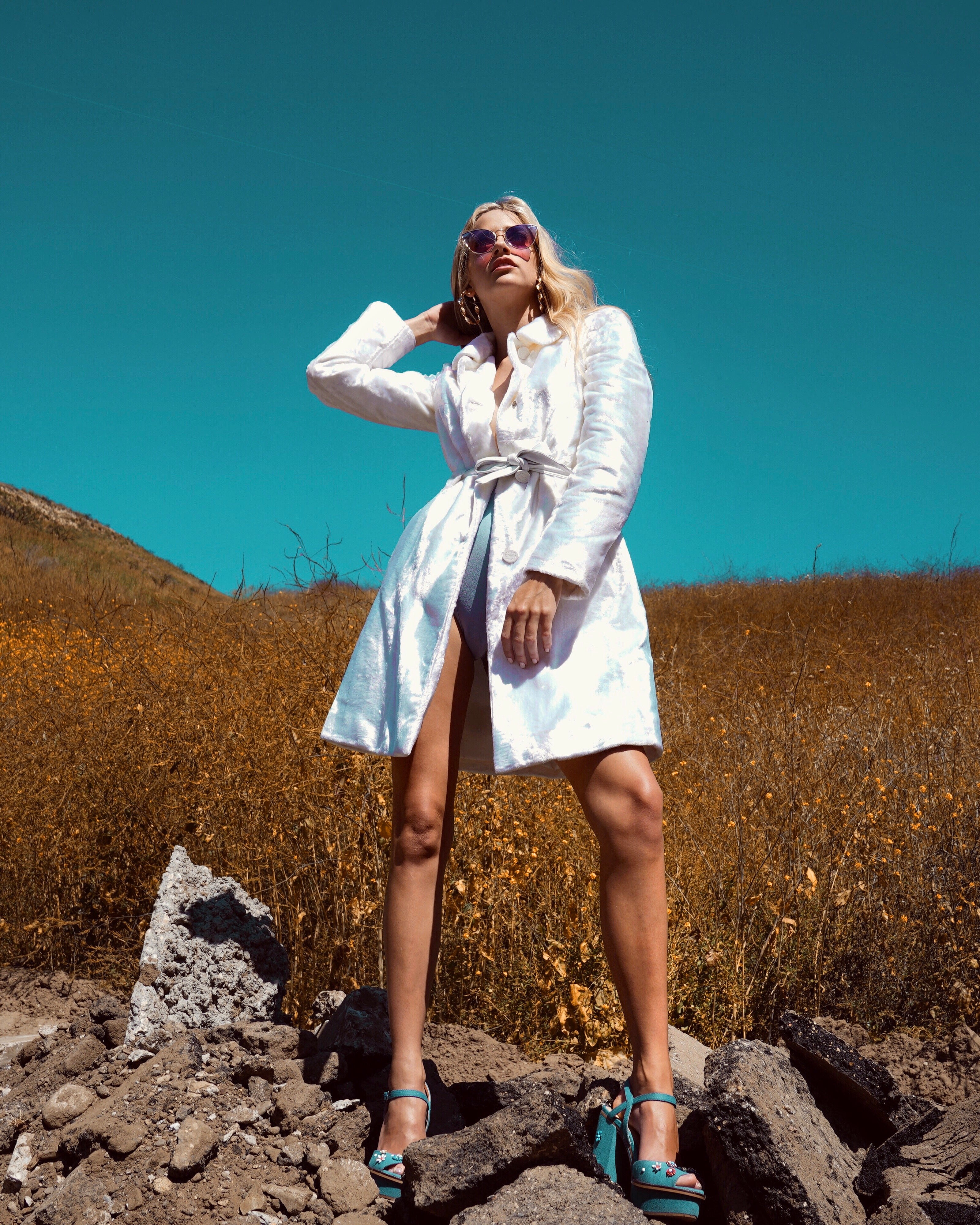 Alpha Universe: Besides the fashion shoot you did, how were your 2 days at Kando Trip 1.0?

Philip Edsel: Well, where to begin? It was amazing. I mean, I think between just the group of artisans that we have or group of artists in general, not to mention the Sony staff and everyone else that put on the trip. It was just an unbelievable experience. I mean I think too like all the experiences that were planned for us were amazing as well. There was never a dull moment, which is fun.

I've been a brand ambassador for a few brands, but never have I been associated with a company like Sony that has really gone above and beyond to do something like this for some of their people. 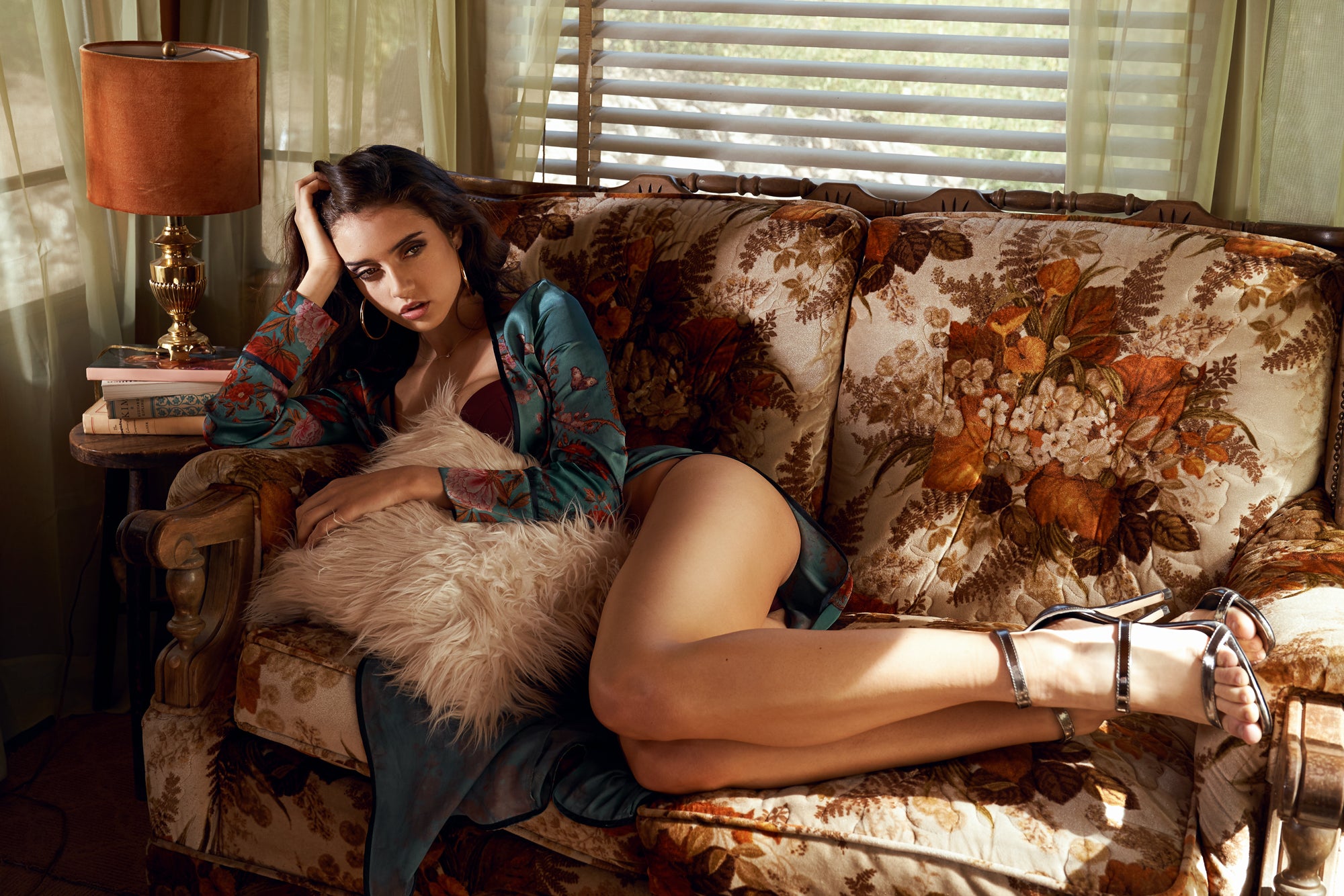 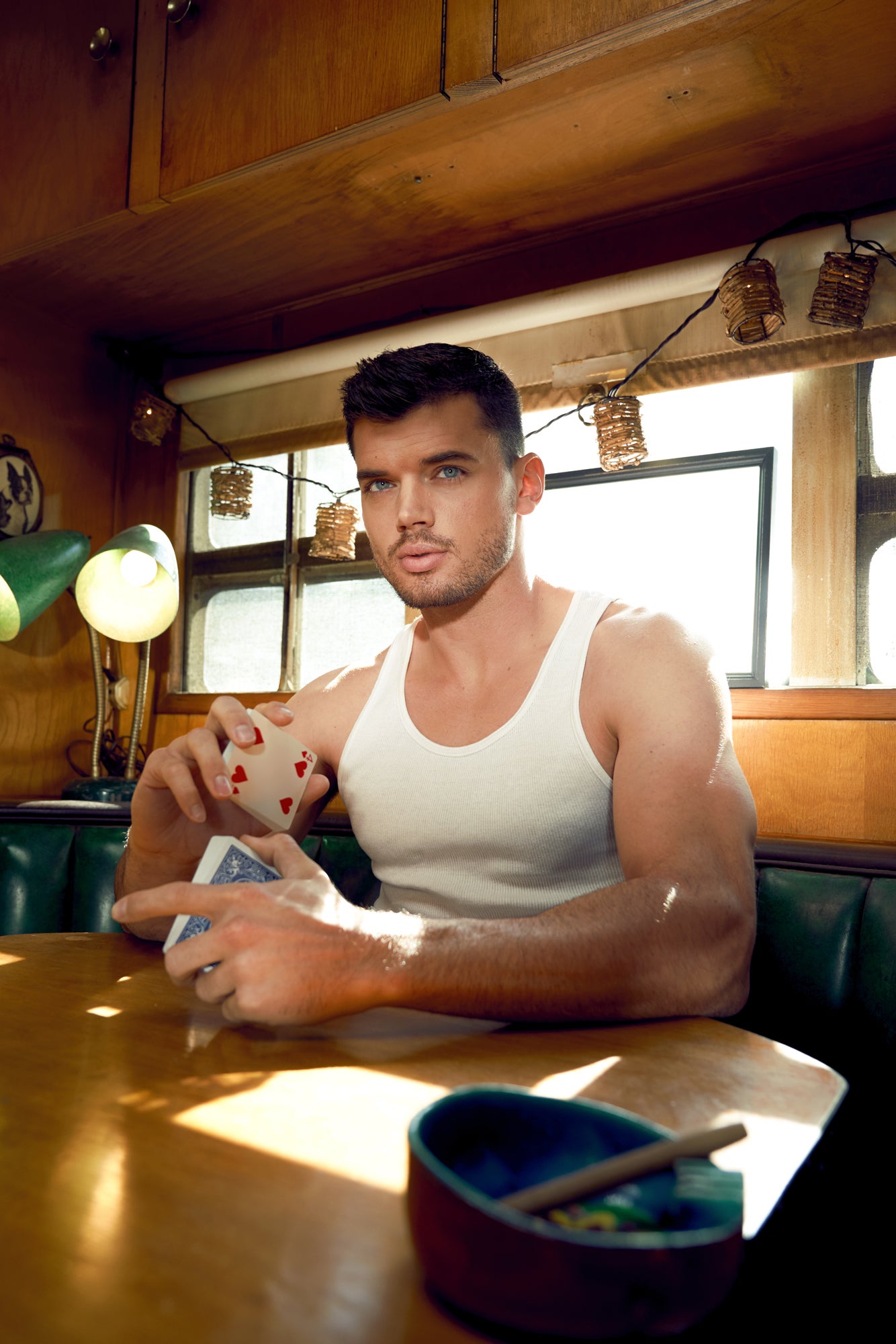 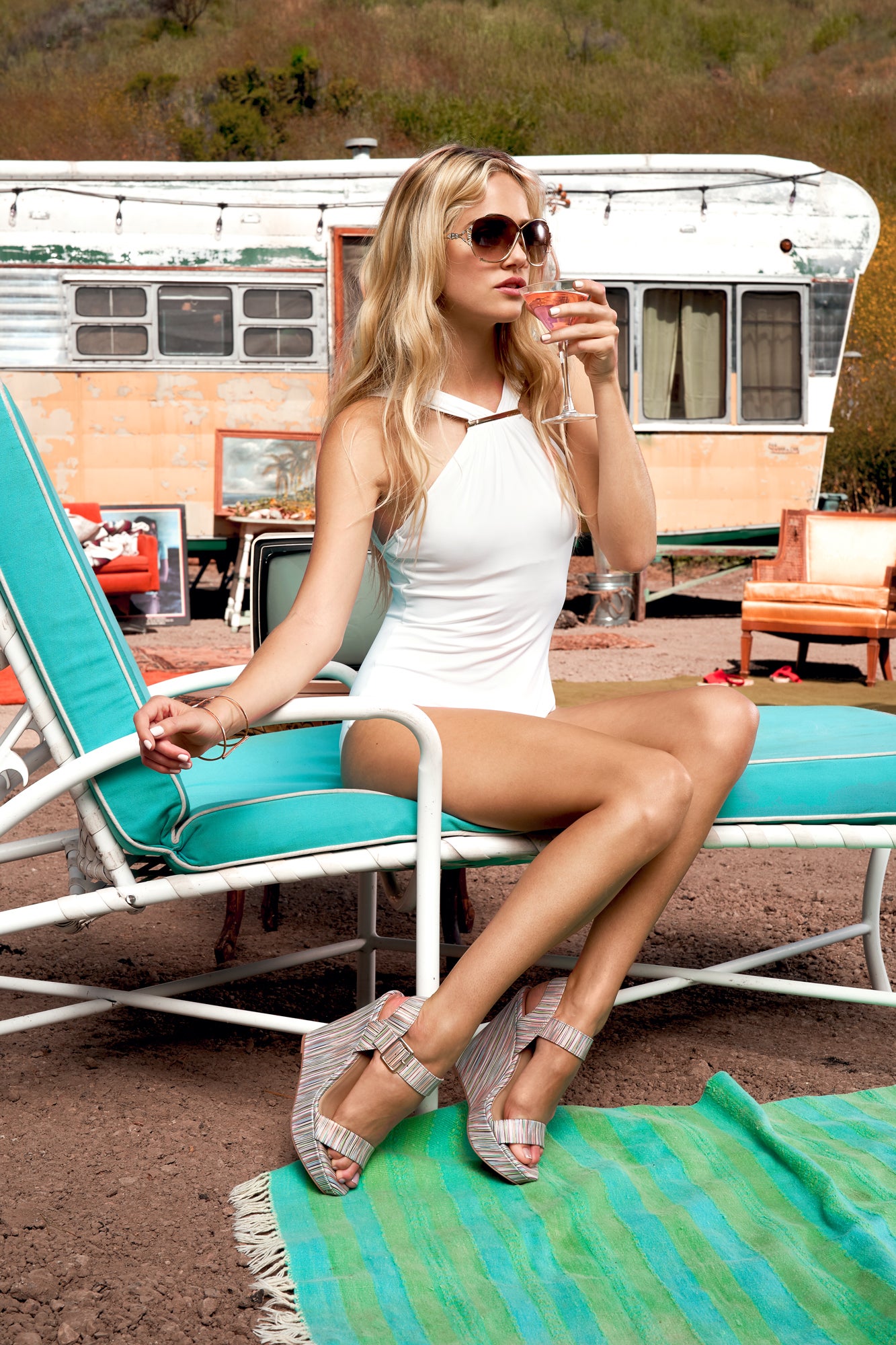 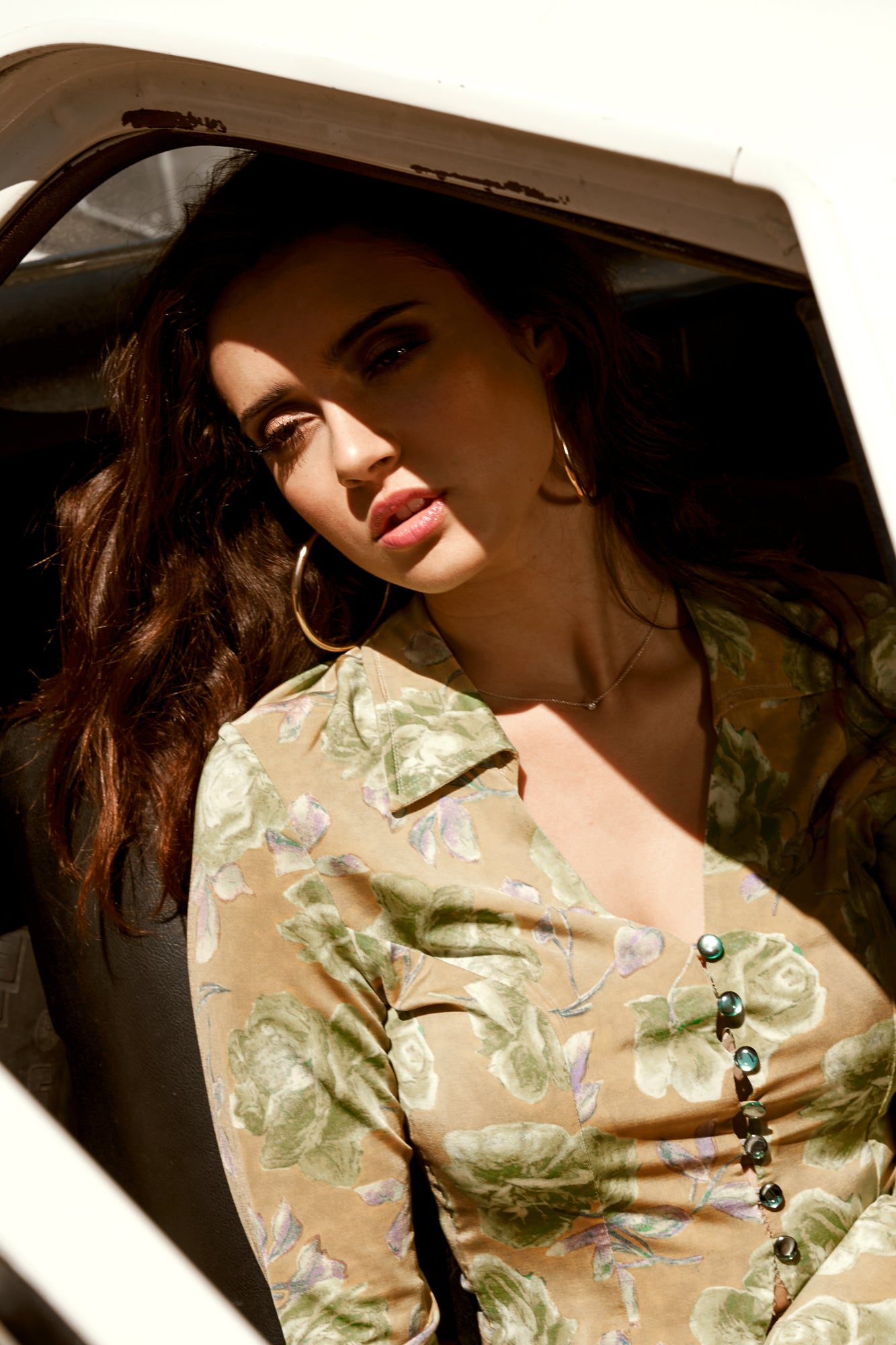 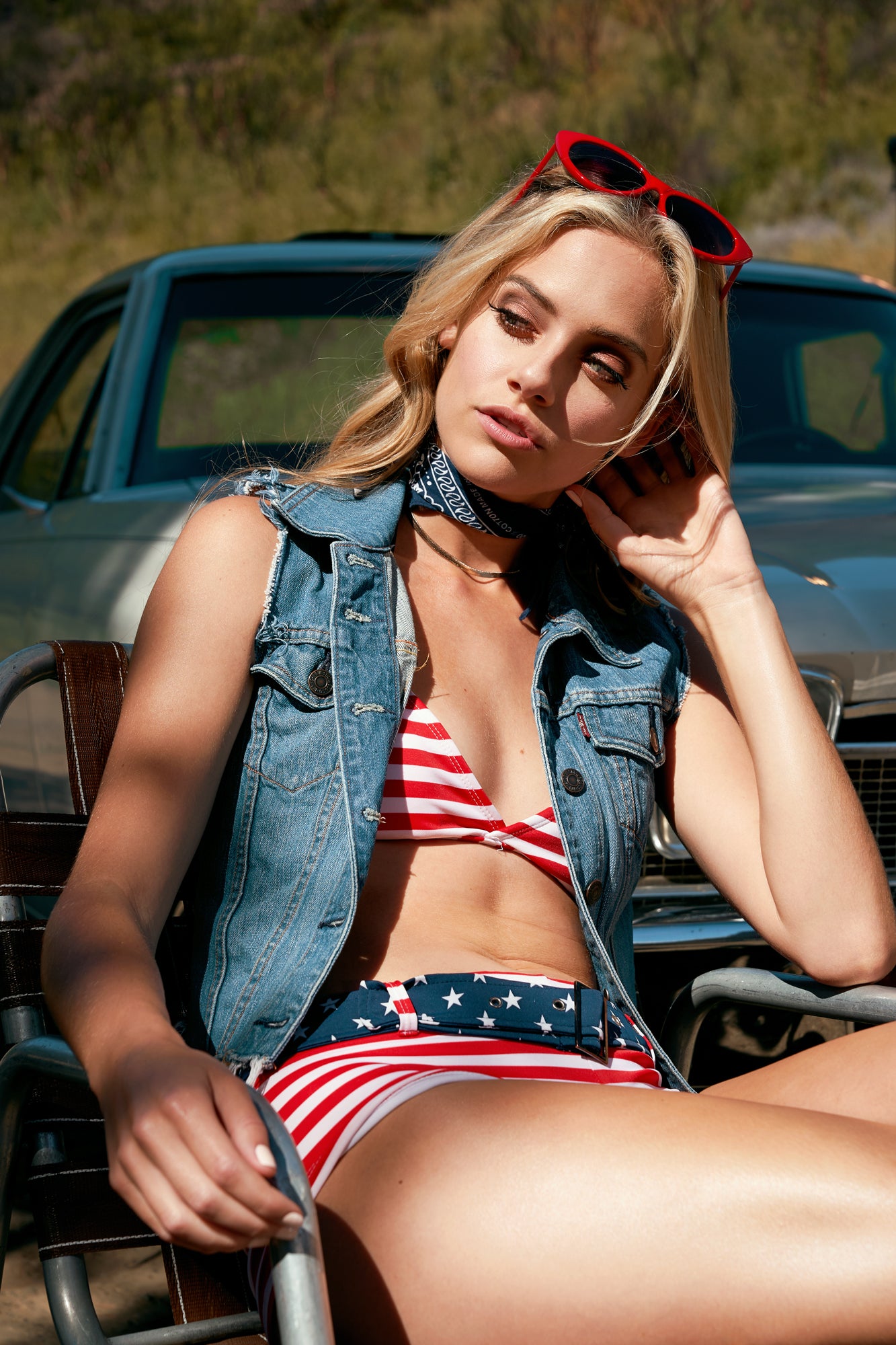 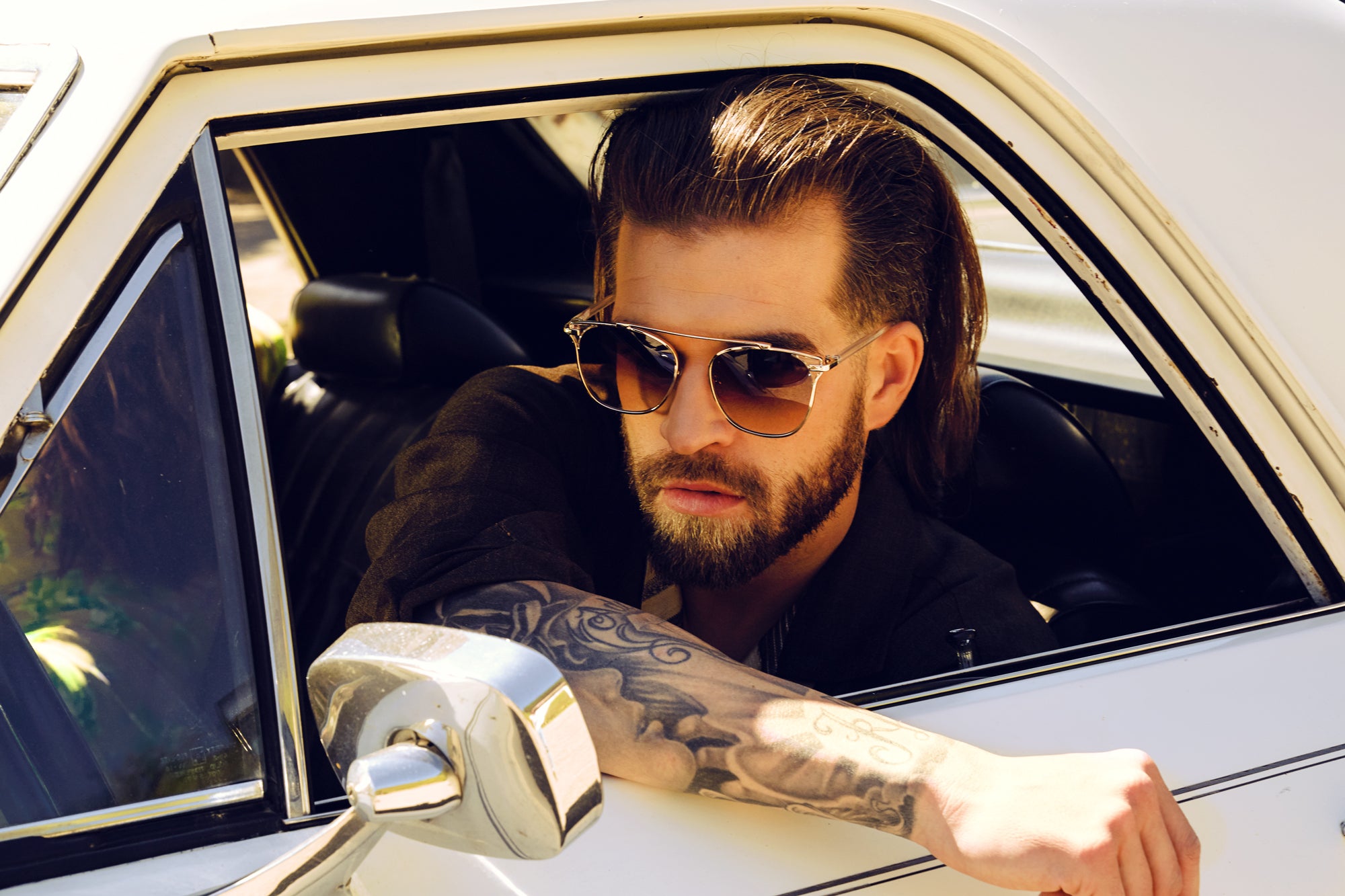