By Caroline Jensen With The Alpha Universe Team

Blending elements of photography and videography to create something unique and attention-grabbing can be a difficult but rewarding task. Sony Artisan Caroline Jensen loves the challenge of making cinemagraphs, and her work is both alluring and impressive. We talked with her to learn more about what a cinemagraph is and why they are useful, the different kinds of cinemagraphs you can create, as well as the tools you need combined with the right approach to take in order to create one that stands out.

Sony Artisan Caroline Jensen's tips for the gear you need and how to frame up the right subject to create dynamic cinemagraphs.

What Is A Cinemagraph And Why Create Them?

At its core, a cinemagraph is simply a video where we extract a still and place it on top, and then we punch through to reveal motion underneath. They are really a lot like puzzles in that they force your brain to problem solve, and as photographers, I think it's a great thing to jump into as a way of stretching your imagination. I also really like that they encourage viewers to linger and spend time with them.

The original reason for why I started making cinemagraphs was because I wanted to enhance memory hooks in talks I was giving. I would lecture about visual voice in one of my classes and I wanted to have a memory hook for the students to grab onto. I took a keyword that I wanted them to remember and created a cinemagraph relating to the word. It helped my presentations be a little more interesting and helped the listeners grab onto the concept easier.

Some people make these for the pure art of it. Other people make them for marketing purposes. The reason that you create one might be unique to you, but I think they’re a lot of fun.

Unexpected motion – This one is all about the delay effect to surprise people. Be careful if you’re posting to Instagram, they will give away your secret with the little video icon they place at the top of the post. It alerts people to the fact that there will be movement, which does take away some of your ability to create a surprise, but sometimes it also helps people know to wait for it.

Isolating movement with two or more kinds of motion – This is one of the classic ways to create a cinemagraph. Having the person locked down in the photograph is a key way to isolate movement since people will blink and fidget. You could also reverse it if you want the person to be the one moving. You can use wind, water, fire, shadows or reflections too.

Enter and exit loop – This kind of cinemagraph is easier to do, with a loop of something entering and exiting the frame.

Short, repeating loop – This type of cinemagraph includes a short movement that is repeated over and over again.

Bounced loop – For this style, you have a movement that first plays forward and then reversed. You have to watch out for stray movement with this one depending on what your subject is.

Advanced – A video with a separate still for stop motion, timelapse or separate layered cinemagraph.

What You Need To Create A Cinemagraph

You definitely need a tripod, and ideally you want something to weigh it down if it's not super heavy. You could use a backpack, a purse, or you could even have a bucket with rocks hanging from it. Whatever it is, make sure it's rock solid. Then you need a camera that records video and some way to complete the cinemagraph, of which there are several options.

I use Flixel Cinemagraph Pro which is only available to Mac users. I use it because I’m not a videographer and I really appreciate some of the tools they provide to help. Having the editing portion be quick and seamless is worth it to me. ClipGraph and Graphitii are two options available to both Mac and PC users. There is also Photoshop and there are hundreds of tutorials out there if you are looking to do a basic cinemagraph. After Effects is another program you can use and one I would really like to learn myself. When you see a cinemagraph that looks really cool with a lot of effects and you just can’t figure out how they do it – it's likely After Effects is involved. If you don't love video and you want to bring to life still images that you've already created, then Plotagraph Pro is a good option. It is the animating of a still photo, creating movement. Some people love this concept, others not so much.

To Create A Good Cinemagraph, Think Like A Photographer. And Get It Right In Camera.

One of the most important things I have to say about a cinemagraph is that you have to get it right in camera. Unlike a RAW photo where you can edit it in post, you have to think like a photographer in terms of how to set it up. What can you do to make the highest quality photo? In this case for video, it is to shoot in 4K. I shoot with Sony Alpha full-frame cameras (I use the α7R III and α7 III for a lot of my work) that create very robust 4K video files for my initial capture. That gives me about an 8 megapixel picture to edit, which is enough to do a good job. It has to be right in camera, and that might mean making some sacrifices during the shooting process. Sometimes you might lose some data from one area in order to get the exposure you’re looking for. Don't worry about ISO. Get your shutter speed to the place where each individual frame looks the way you want it to. Unlike a video where you might want a bit of blur to smooth the transition from one frame to the next, I suggest using a super-fast shutter speed in order to lock down that motion. So do keep that in mind and think like a photographer when it comes to your settings.

In all things cinemagraph related, things can fall out of favor, or back into favor. My advice to you is if you like this sort of thing, keep it as classic as possible and have a purpose behind it. Adding motion to an image, or creating a cinemagraph for just the purpose of playing with motion graphics is fine, but it doesn't have a lot of holding power. There has to be more story. There has to be a reason behind it, in order to make it classic and timeless. So any way that you can personalize it, or make it more intimate for a viewer, is a good thing.

How A Hybrid Shooter Uses The Sony Dual Record Function 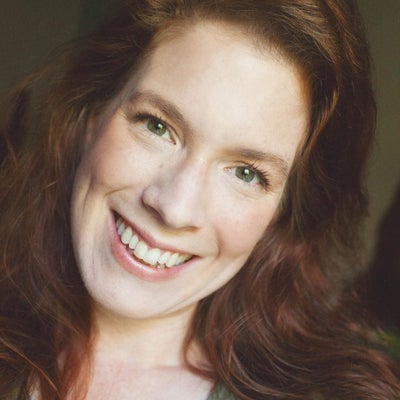 Caroline Jensen is a photographic artist living on the prairie of southern Minnesota with her husband, four children, and many pets. She is a natural light photographer, specializing in emotive black and white portraiture, macro, and
colorful landscape imagery. Caroline seeks to find emotion in every photo and finds her niche in painterly images with dramatic light. She enjoys focusing on one subject, whether that be a person or a flower. Her style, while ornate in processing, strives for a simplicity that guides the viewer’s eye to the heart of the image.

How A Hybrid Shooter Uses The Sony Dual Record Function