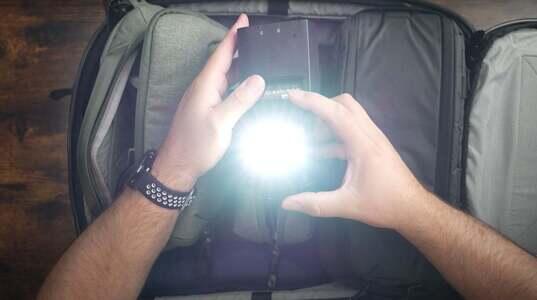 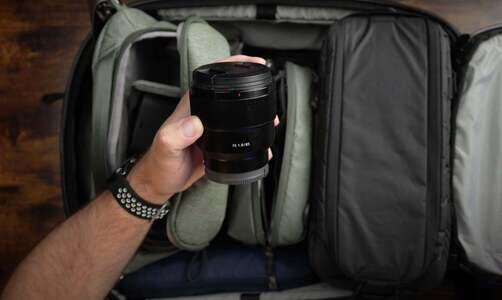 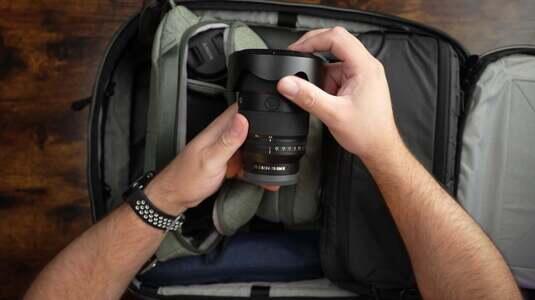 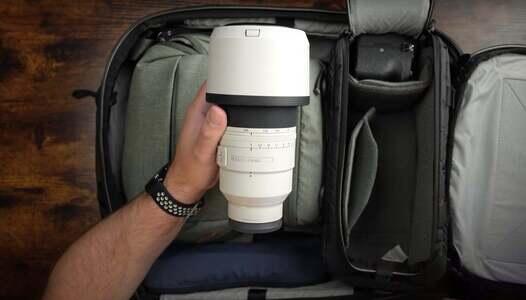 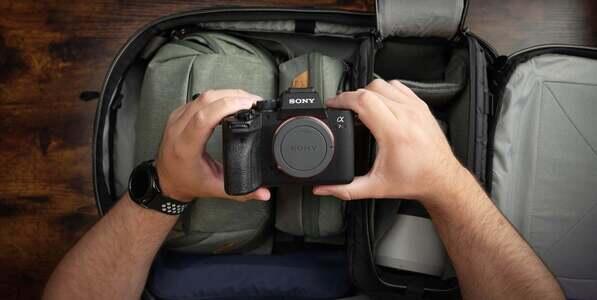 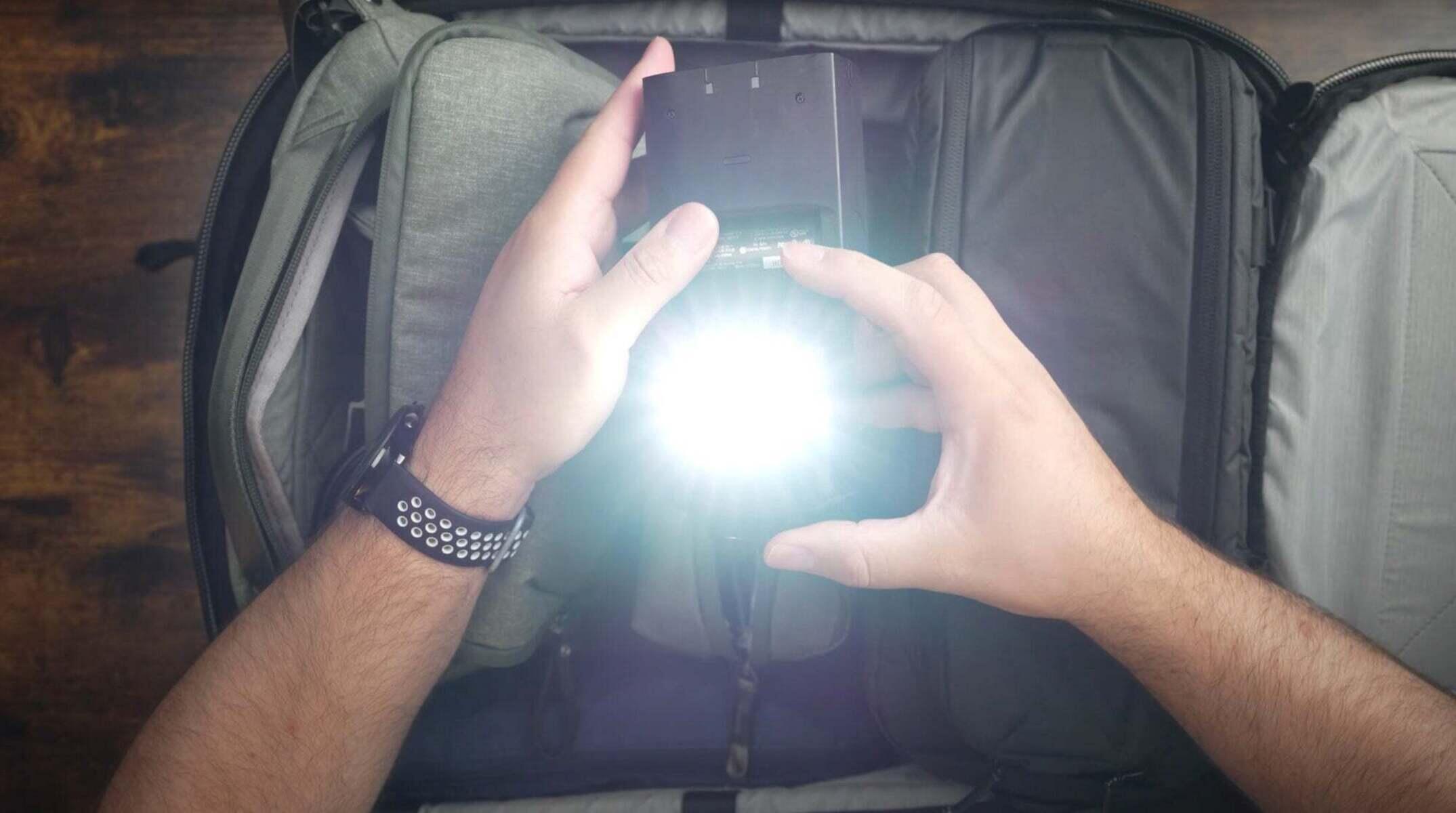 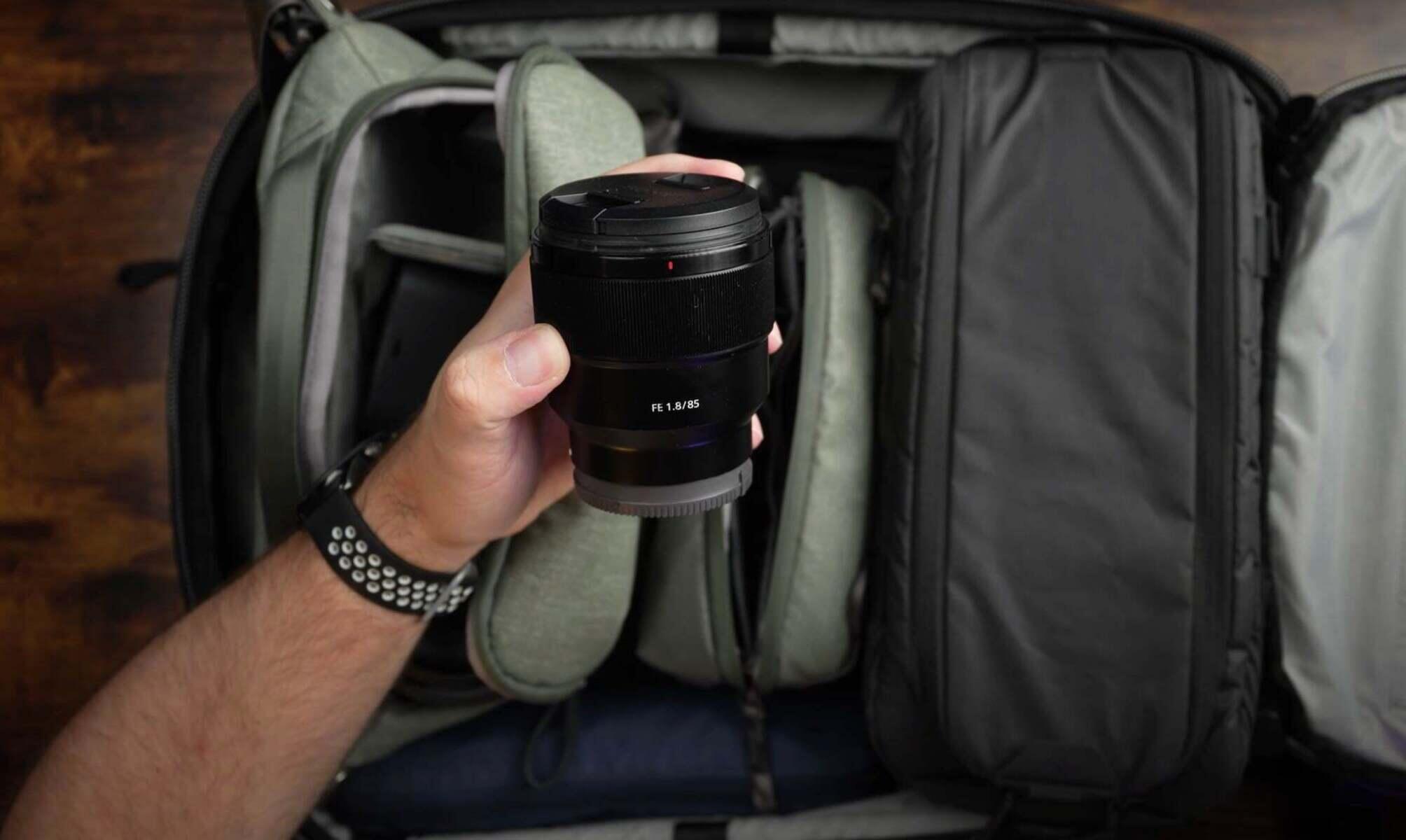 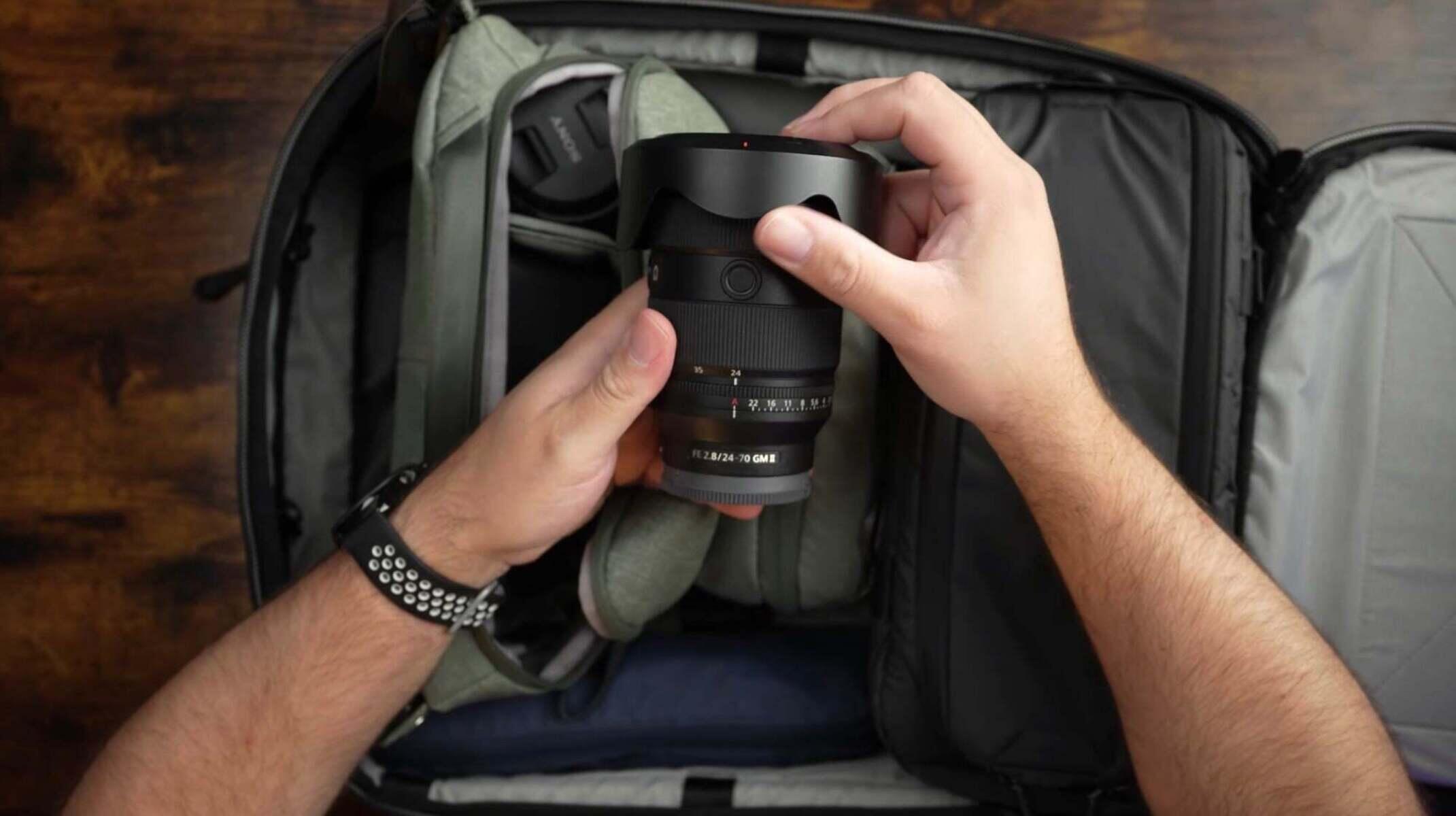 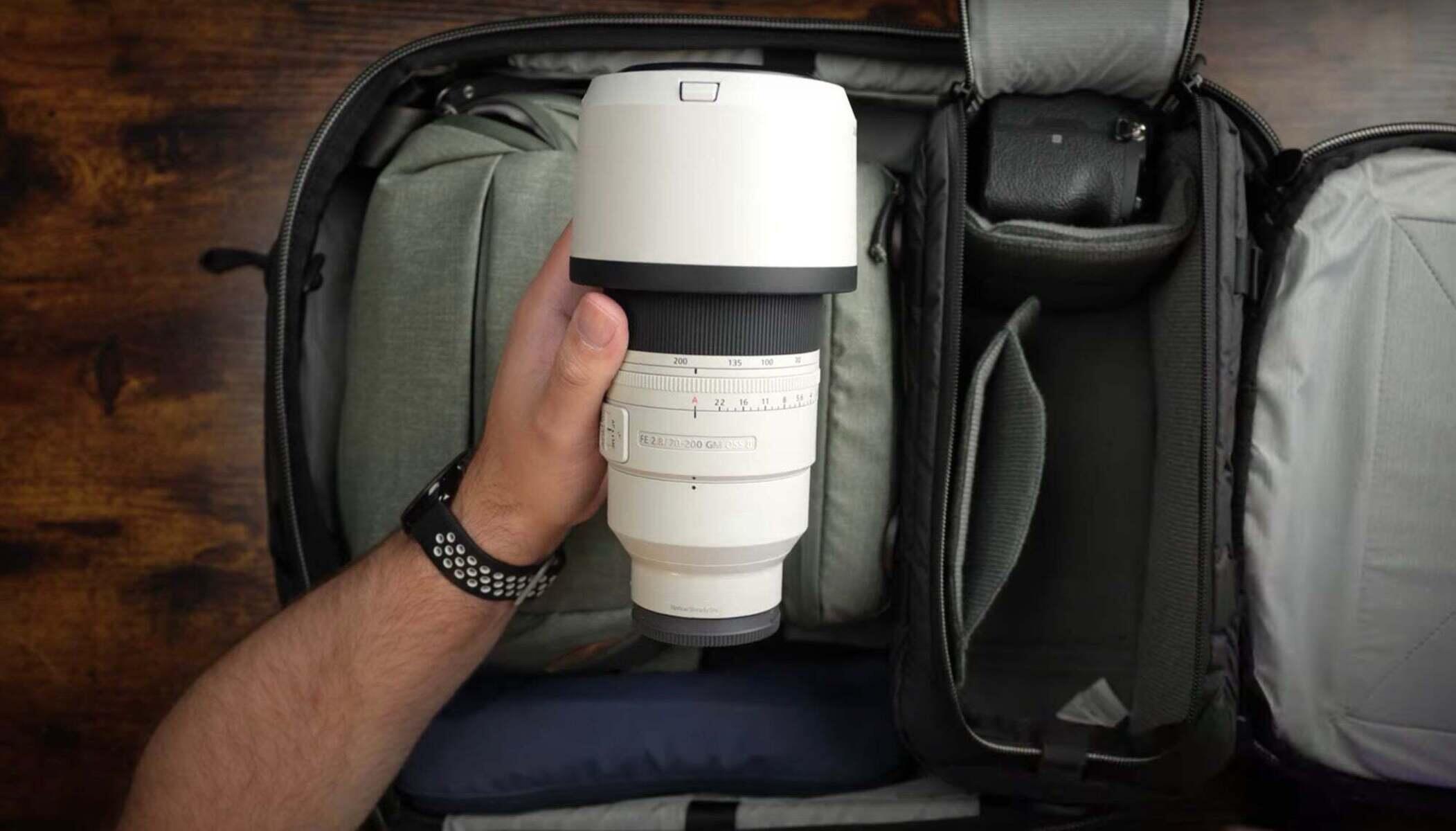 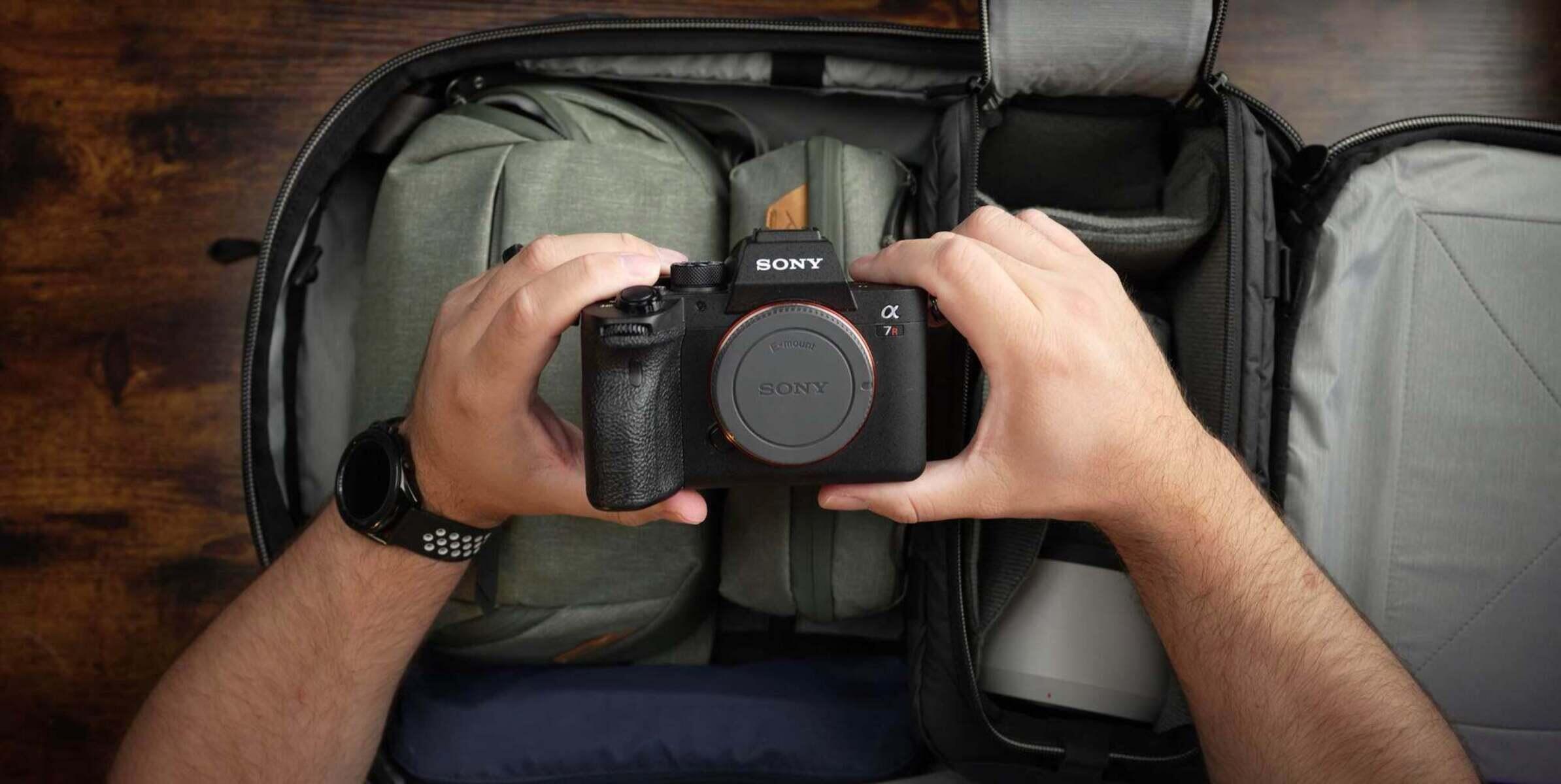 Professional portrait photographer and Sony Artisan Miguel Quiles has years of experience running portrait shoots, both in studio and on location. When going out for a portrait shoot at a location, there’s a specific set of gear he packs to create successful images in any situation and environment. “This is what I take with me pretty much all the time when I’m shooting portraits on location,” he says. Watch the video below as he explains what you’ll find in his kit for on-location portraiture. Keep scrolling for his complete gear list and more videos with tips for taking your portrait game to the next level.

A portable reflector, power banks, a speedlight – see everything Sony Artisan Miguel Quiles packs in his bag when heading out for a portrait shoot.

Sony Alpha 7R IV: “This is the camera that I’m using for the majority of my photo shoots these days. Fantastic camera – full-frame, super high-resolution, lots of megapixels – which I love to see and have in my portrait work.”

Sony 70-200mm f/2.8 G Master II: “Optically stabilized lens, sharp. Honestly, if I was really in a pinch, I could just go out with my Alpha 7R IV and my 70-200mm and I could probably get through the majority of the photo shoot. There have been times where I’ve gone out to shoot and really I know that this is the only combination that I need. So that’s part of the reason why I have these separate bags within the larger bag because I can actually just take this one bag and have my camera, my lens and really just go out to do what I need to do without taking the entire bag with me.”

“If I want to get more compression and kind of pull the background in closer to my subject, then I would use my 70-200mm.”

Sony 24-70mm f/2.8 G Master II: “Just like the 70-200mm f/2.8 G Master II, it’s sharp, the autofocus is fast, it’s accurate. Really between those two lenses, anything that I run into I’m able to capture. If I want to capture an environmental portrait, get more of the scene within the photo to tell more of the story, I can do that with the 24-70mm.”

Sony 85mm f/1.8: “There are some situations where you want to get maybe a little bit more background blur than what an f/2.8 lens can provide you, but you still want to get a really nice, sharp portrait. So in those situations I break out this guy, the Sony 85mm f/1.8. It’s a full frame lens and it’s one that honestly, I thought for the longest time was a G-series lens and it turns out it’s not. Man, it’s sharp, it focuses fast, it’s lightweight. If I’m going out and I don’t want to carry a heavier or larger lens, I can take this out and still get stunning results without too much effort.”

Sony HVL-F60RM Speedlight: “This is something that I would take with me regardless of whether or not I planned on shooting with available light.”

“I always like bringing a speedlight with me because there are times where maybe I just want to add a little bit of fill flash, or just a little bit or something to the person’s eyes in the form of catch lights, but I love to have a flash that I can actually use to create those catch lights and fill flash. This flash is actually very cool too in the sense that you have a flash, but let’s say that you’re using this in a nighttime, low-light situation – there’s also a bright set of LEDs that are built into the front of this flash so it’s great for shooting video. If I’m trying to get a behind-the-scenes video for Instagram or TikTok, it’s really nice to have a flash that also has an LED light so this is something that I take with me to every portrait session, especially if I’m shooting with available light.”

Peak Design Travel Backpack: “A really nice bag. It carries a lot of my equipment, and inside the bag I actually have all of my gear kind of separated into these additional bags.”

Tape: “You never know when you’re going to need to tape something up, so I always keep that handy.”

Nitecore BlowerBaby: “It blows air. This is what I use to clean my camera, my lenses, any electronics that have dust or anything on them. It’s very powerful, and doesn't damage your gear or anything at all. I’ve been using it for awhile and as long as you’re careful with it, it works really well.

Nitecore SEL10 PowerBank: “I use this to sometimes charge my camera if, let’s say I have a really long day of shooting. I also use it to charge my cell phone and other electronics. It’s kind of unique in that there's an LED light built in and I can change its color temperature which makes it useful in a pinch. It has a lot of functionality and it gets a lot of use.”

Miniature A-Clamps: “I have a bunch of these in my bag. These are super handy if you have somebody who has clothes that maybe don’t fit them well or they’re baggy, whatever the case might be. You can use these little A-clamps to clamp their clothing and make it a little bit better, more fitting and things of that nature. So these are really helpful.”

Extra Batteries: “Don’t go out shooting without at least 2 or 3 batteries just in case.”

Omnicharge Power Station: “This is the same idea as the battery brick. I can connect things through USB-A and USB-C, and I also have a household port there as well. Basically I have a lot of flexibility with being able to charge a lot of different things with this so it comes with me everywhere."

Bungee Cables: “These come in handy all the time. I always make a habit of wrapping one around my wrist just in case I need to hang or tie something up.”

Lastolite Reflector: “I haven’t seen too many people using this and it is so helpful and so useful for location portraiture. It fits in a little bag and inside of the bag you’ve got your reflector fabric, so you have silver on one side and white on the other. It really helps to fill shadows or to block the sun – it serves a lot of purposes when shooting on location.”

See more of Miguel Quiles’ work on his Alpha Universe Profile, on Instagram @miguelquilesjr, and on his YouTube Channel.

Zooms Vs. Primes: Which Is Better For Portraits? 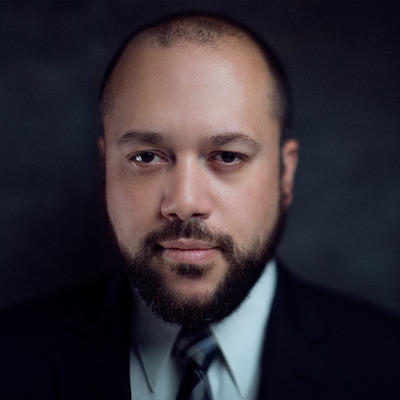 Zooms Vs. Primes: Which Is Better For Portraits?