Shooting in a studio gives a photographer or videographer complete control over the environment, allowing for more efficient planning and execution. Having your studio fully equipped with everything you might need gives you even more possibilities, and professional portrait photographer Miguel Quiles knows exactly how to have things set for an efficient shoot. In this video the Sony Artisan gives us a tour of his new studio. “It’s still a bit of a work in progress but I want to show you everything that I have in my studio here for your information and for your inspiration.” Watch the video as he walks us through his studio for photo and video, and see his breakdown on each space in the text below.

Freshly moved into a new studio, Sony Artisan Miguel Quiles gives us a tour of his space for photo and video.

Lobby: “I’ve got a TV with a Playstation 5 in case a client comes in and they want to play video games, they want to hang out while a photo shoot is happening. They’re welcome to do that here.”

Prep Area: “My hairstylists, makeup artists, as they’re doing their work, this is their home, this is where they’re going to be. I like that it’s right at the entrance of the studio so that they come in and straight away they can get to work and do their thing.”

Breakroom/Workspace: “This office is going to serve a few different purposes. Right now it’s a lounge for myself to kind of hangout, catch up on the news. This is also my break room, so I have my coffee maker, my water dispenser, my little college dorm fridge so I can drink and have snacks in between. But then I also have my work station where I edit my photos, edit my videos for Alpha Universe, all my networking stuff. This room is ultimately going to be where my videographer, my editor, anybody that I hire, an office manager – they’re going to be working in this office.”

This is the main area of the studio. This is where all the photo shoots, all the videos, this is where it goes down.

Set 1: “Set 1 is for shooting stills, so any of my headshots, any photo shoots. I have a backdrop set up here. I have two lights set up that are really close by. If I need to do a one-light setup, or two-light setup, I can just pull them in.”

Set 2: “The second set back in the corner, that is also for stills photography. Usually whenever I’m doing a photo shoot, what I’ll end up doing is I have a table here behind me that has all my lenses and camera bodies. And I basically just jump in between the two sets, in between looks. So we’ll shoot one look, they’ll immediately go change, and instead of having to tear down this set, and put up a new backdrop, set up new lights – I’ll have two different sets that are ready to go for them to just jump in and we can just do our photo shoot.”

Livestream/Podcast Area: “This is kind of a space that’s a work in progress, but this is going to be my livestream and podcast corner. It’s really just dedicated to video. There’s going to be a camera over there that’s on a tripod, most likely it’s going to be the Sony FX3 that’s going to have a microphone connected to it. And that’s where I’m going to operate all of my livestreams, my zooms calls and things of that nature.”

YouTube Set: “In the front corner I have a really special treat. That’s actually where I shoot my talking head for my YouTube videos. So if you’re watching these videos on Alpha Universe and you see that kind of homey looking space in the background, that’s actually a set that I built here in my studio. And in an upcoming video I’m actually going to break down how I set that up.”

Backdrop Storage: “This is where all of my canvases, seamless paper, backdrops – they all kind of live here right now.”

Lights, Grip Gear, Etc.: “Basically all of my grip gear, my lighting, my strobes, apple boxes, scrims, cables, everything finds itself on these shelves.”

Gym/Set: “This might seem or look a little bit weird, but this is a gym. I actually converted the back of my studio which was once a storage area, and converted it into a gym. And I did it for a couple of reasons, the first one being that because of the pandemic I haven’t been able to go to the gym like I would like to go. So rather than saying oh well I guess I’m not going to go to the gym until things get back to normal, I decided to build a gym in the back of my studio. So when I get here in the mornings an hour or so early, I come in, do my workouts. I’ve got a bathroom here with a shower so I can get myself ready, and then I go about my day.”

“The other benefit is that if I do fitness photo shoots, which has been something that has been requested, normally I’d have to go to a gym to be able to take those types of shots. But because I have a gym in the back of my studio, I’m actually able to do those types of photo shoots here in house. So I feel like it serves kind of a dual purpose.” 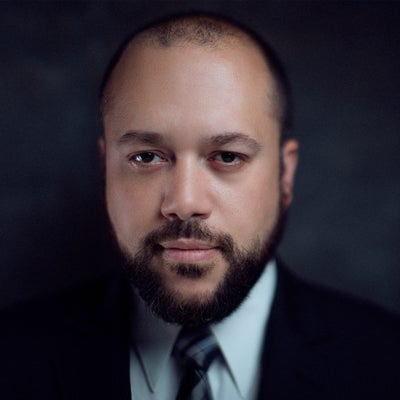