The year I fell in love with photography happened during my first camera-wielding “fall” in Alberta. I say “fall” because the luxurious (normally) 91-day season that is a peacoat of extravagant color, dancing on the leaves until “Old Man Winter” comes knocking, feels like it lasts for only a moment here. Here, it often feels like the moment green has fled the scene, frigid temperatures and snow are already caroling at the door, ready to unfasten any plans you had of sweater weather and pumpkin spice lattes. However, within that fleeting moment, the fall colors in this utopic landscape are seemingly fluorescent and indescribably beautiful, like you’ve never seen before.

Sony photographer Jay R. McDonald takes us on a road trip through Alberta during the fall.

Being a color-blind photographer with Deuteranopia, it’s impossible for me to fully describe the experience, but let me try to explain it like this…as altitude rises and the road begins to approach the Rockies, tired canola fields make way for stone giants. I’ve driven the road from the city to the mountains countless times growing up here, yet somehow it never ceases to amaze me. I feel childlike excitement growing as I know fall is here and my steering wheel is being led by the larches. What are larches you might ask? Larches are conifers in the genus Larix, of the family Pinaceae. Growing from 20-45 meters tall, they are native to much of the cooler temperate northern hemisphere, on lowlands in the north and high on mountains further south. Larches are among the dominant plants in the boreal forests of Siberia and Canada. AKA, the trees higher up turn a fire flicked orange like you’ve never seen before, but you must be at altitude to experience them.

Like I said, it's difficult to describe in words, so instead, I take photos and let the color technology in my Sony Alpha α7 III and α7R III cameras do the talking for me.

As we enter the Icefields Parkway, toted (by me) as one of the most beautiful drives in the world, a whole new “fall free-for-all landscape” unfolds. This 230km stretch of roadway should, in theory, take about three hours to complete. however, I can confidently say if you’re a photographer, you’re going to need to bank a solid eight hours for the many stops along the way.

Below is one of my favorite stretches of road on the parkway. This spot was first shown to me on a trip to Jasper Alberta, by my friend and mentor @Davey_Gravy. When stopping here (or anywhere on the Parkway for that matter) you can almost feel a sense of anxiety, over which lens to pick. You could shoot it landscape on the ultrawide Sony 20mm f/1.8, you could compress the road and bring the mountains in on the Sony 70-200mm f/2.8 G Master, you could capture print perfect frames on the Sony 35mm f/1.4, or lastly you could run and gun like a maniac with the Sony 24-70mm f/2.8 G Master. (Note: You can learn more about Jay R. McDonald's full kit in his What's In My Bag article.) 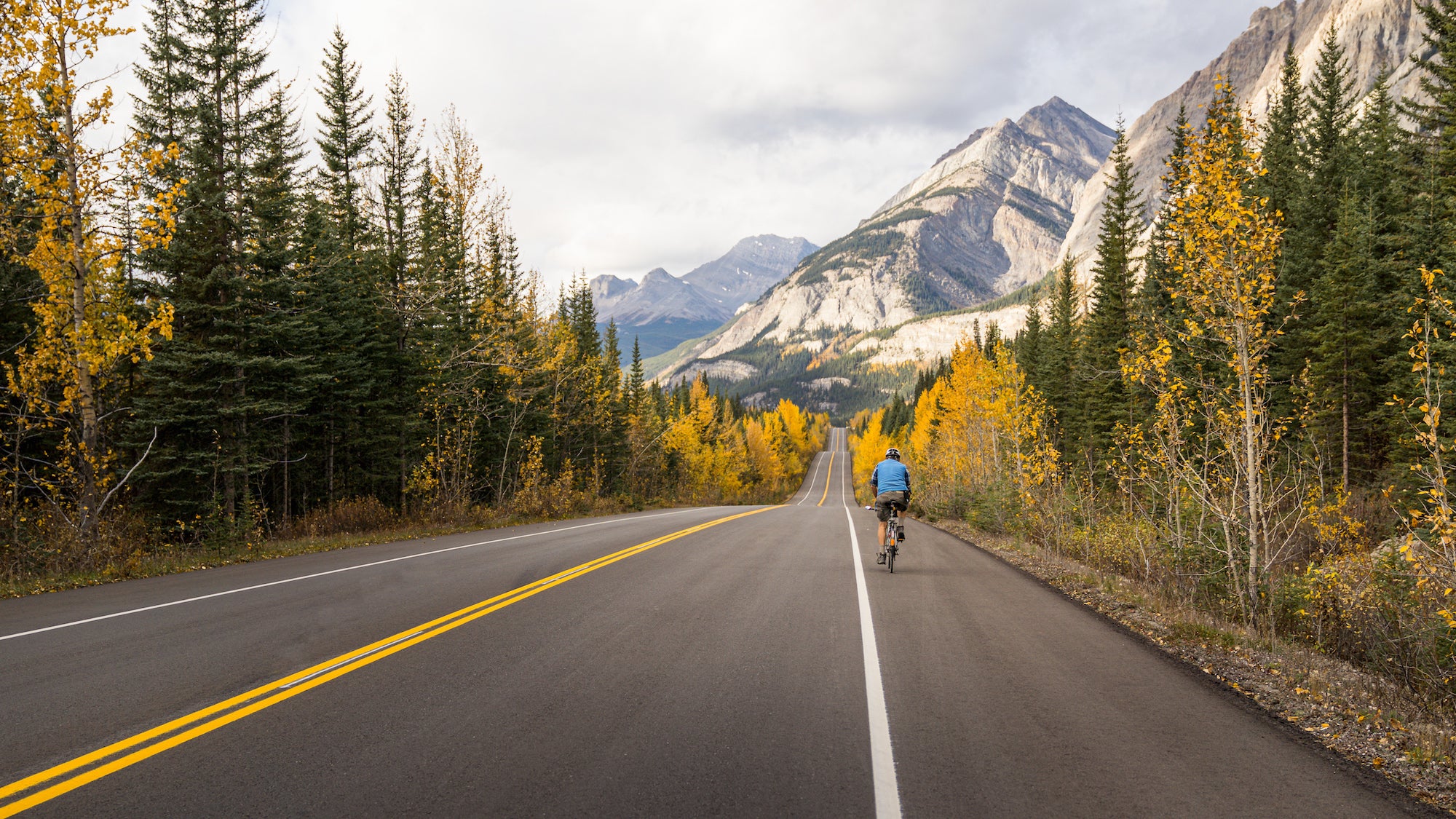 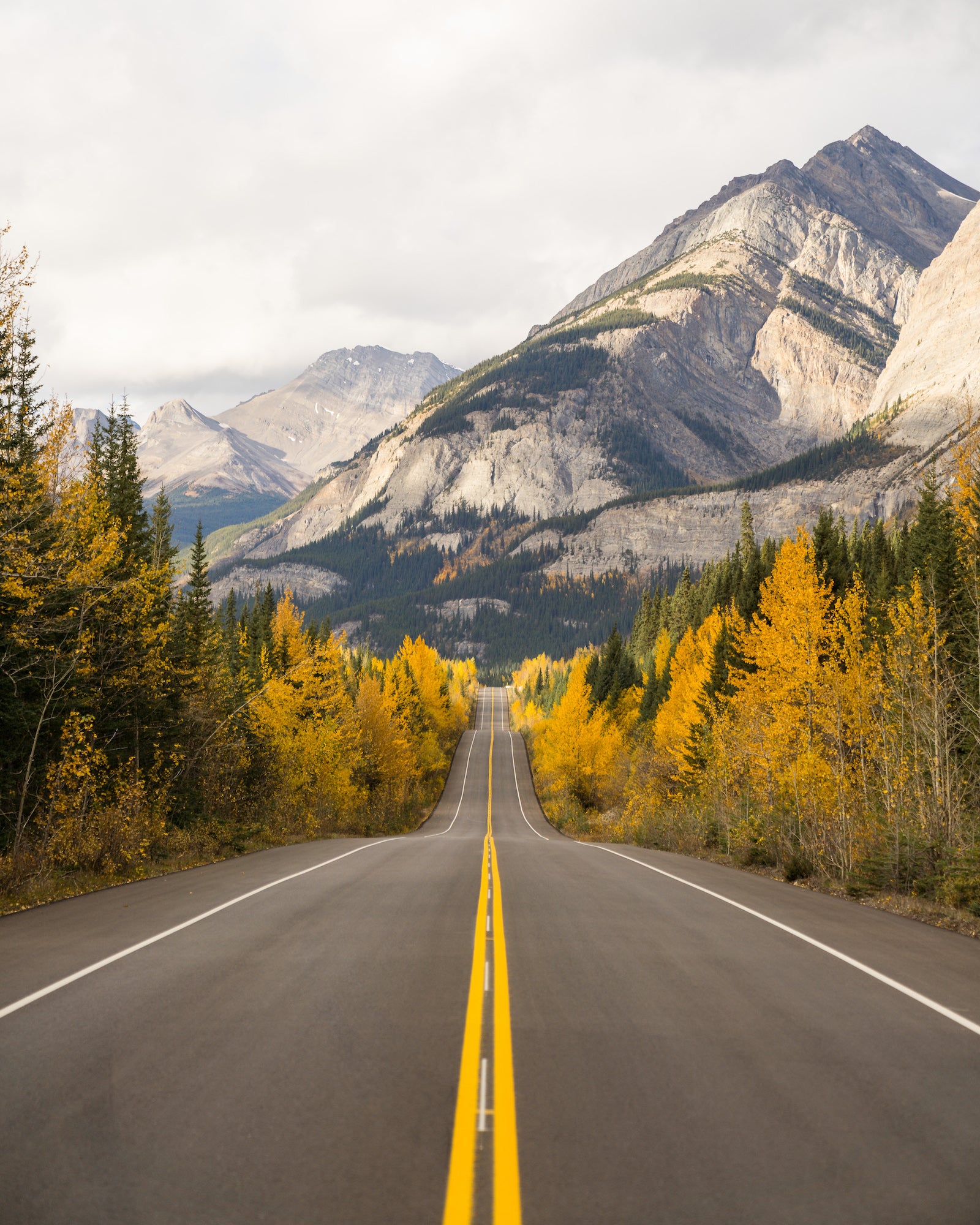 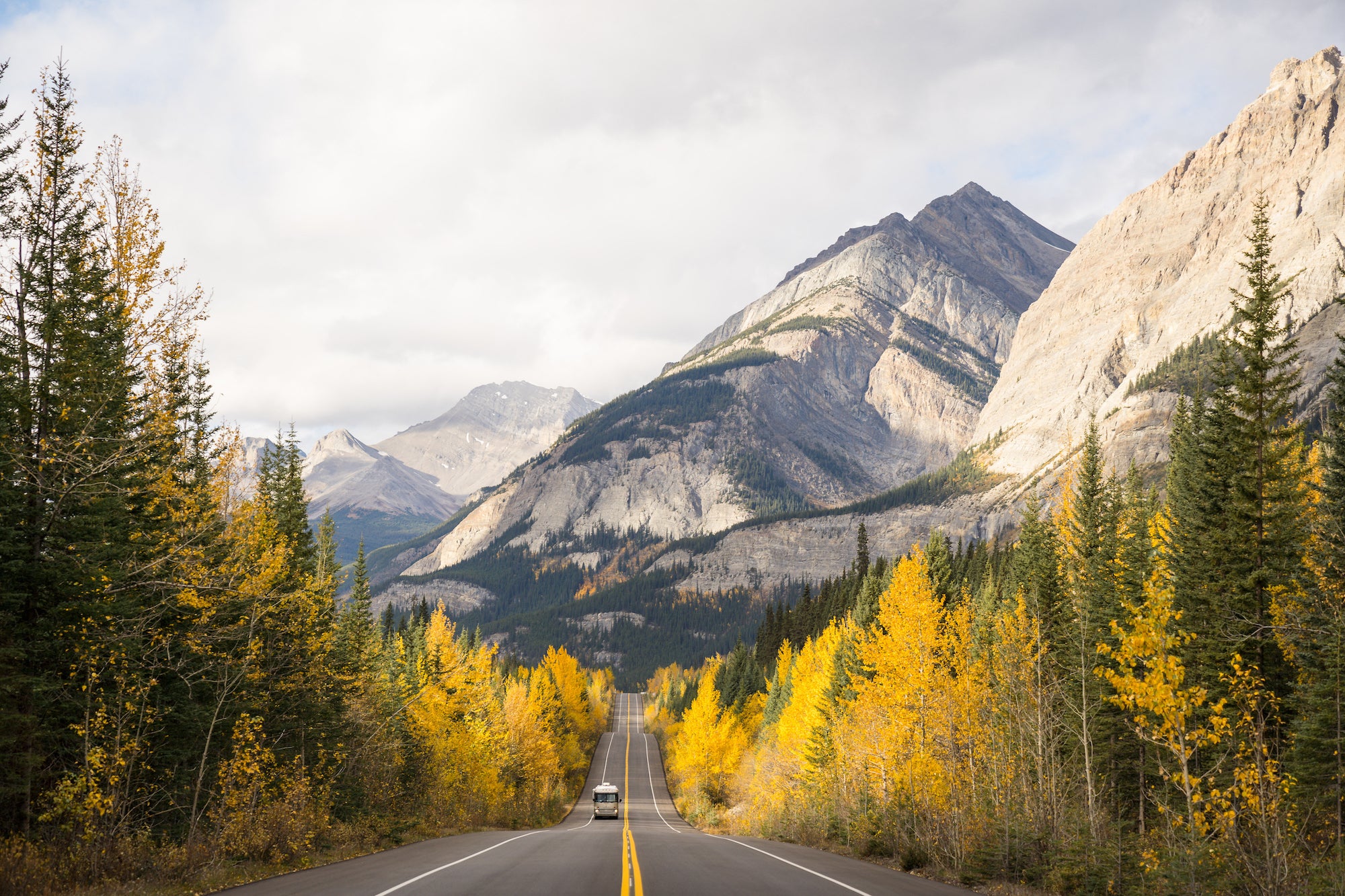 No matter what Sony lens I choose, I can sleep sound at night knowing it’s going to be tack sharp and leave nothing to the imagination. I stock up on Sony TOUGH SD Cards because these are moments and memories I'm never going to want to lose. (A few weeks ago while working on a commercial tourism project, I fell into the river, fully submerged, trying to get a risky shot. The images on my Sony TOUGH cards were fully protected and I’ve still got those same cards confidently in rotation today.)

Next, we make our way to Jasper Alberta. Jasper is surrounded by wildlife, glassy lakes, mighty mountains and roadside views worth trekking the globe for. Let’s start with wildlife. During fall in Alberta, you are almost guaranteed to see some furry friends. This is why I always have a tele-zoom, my the Sony 70-200mm f/2.8 G Master, in the bag here. 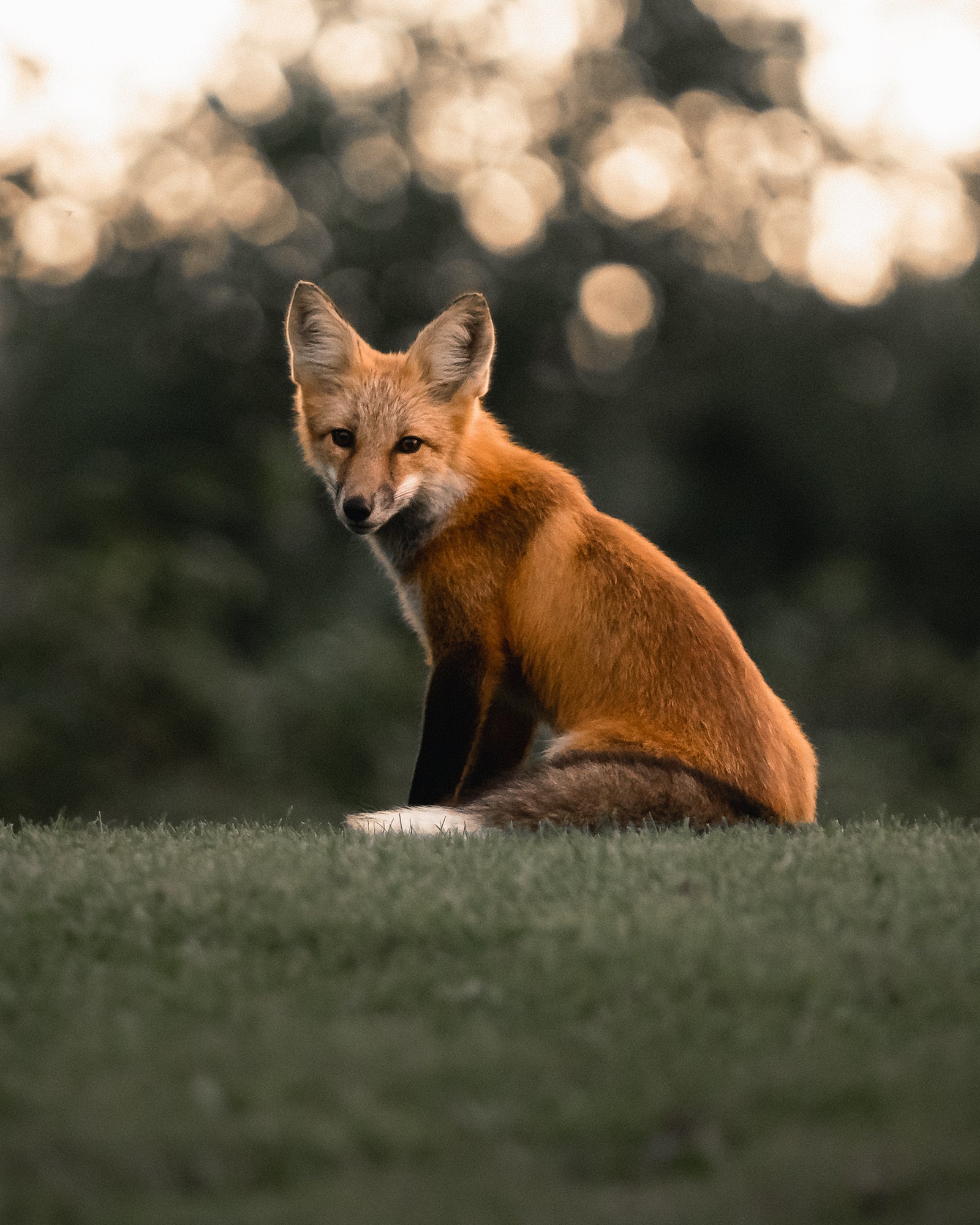 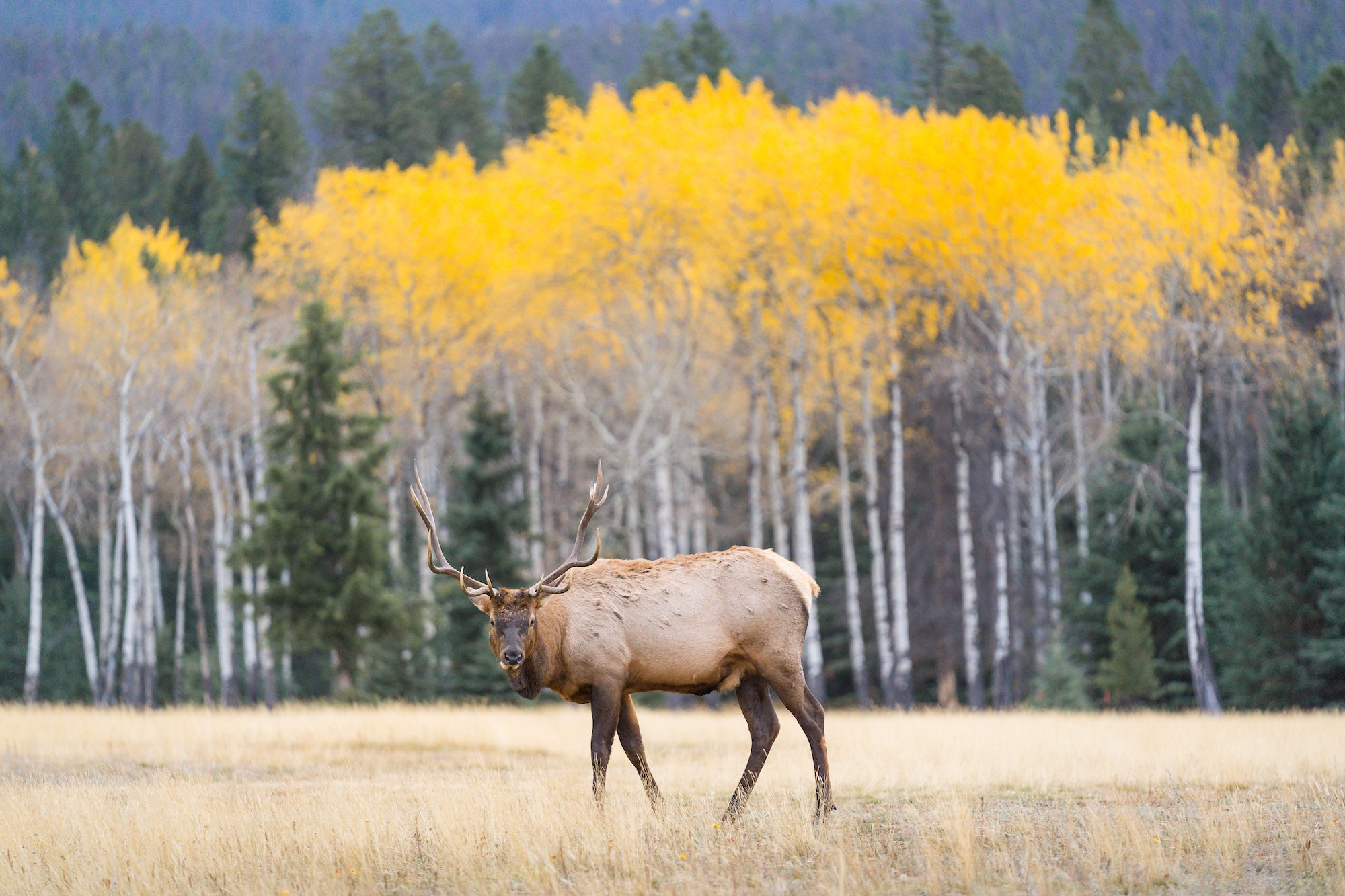 After feeding your wildlife fix, you may catch yourself pulling over for roadside scenes that are just everyday life. Such as Joe from Jasper Tour Company, out for a paddle with his son on Patricia Lake. It’s mind-bending to think that what looks a perfectly idyllic scene is simply just everyday life here. 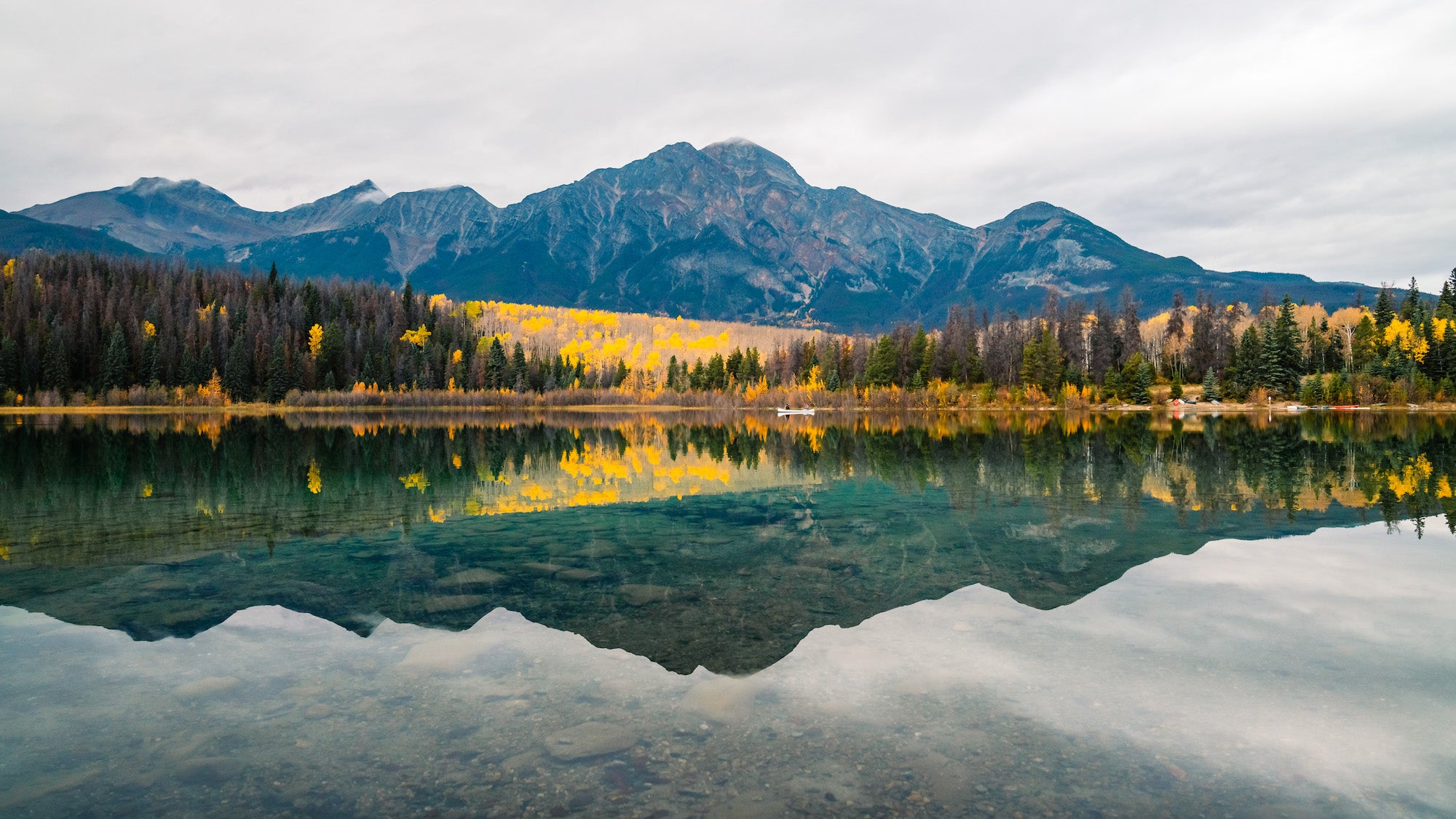 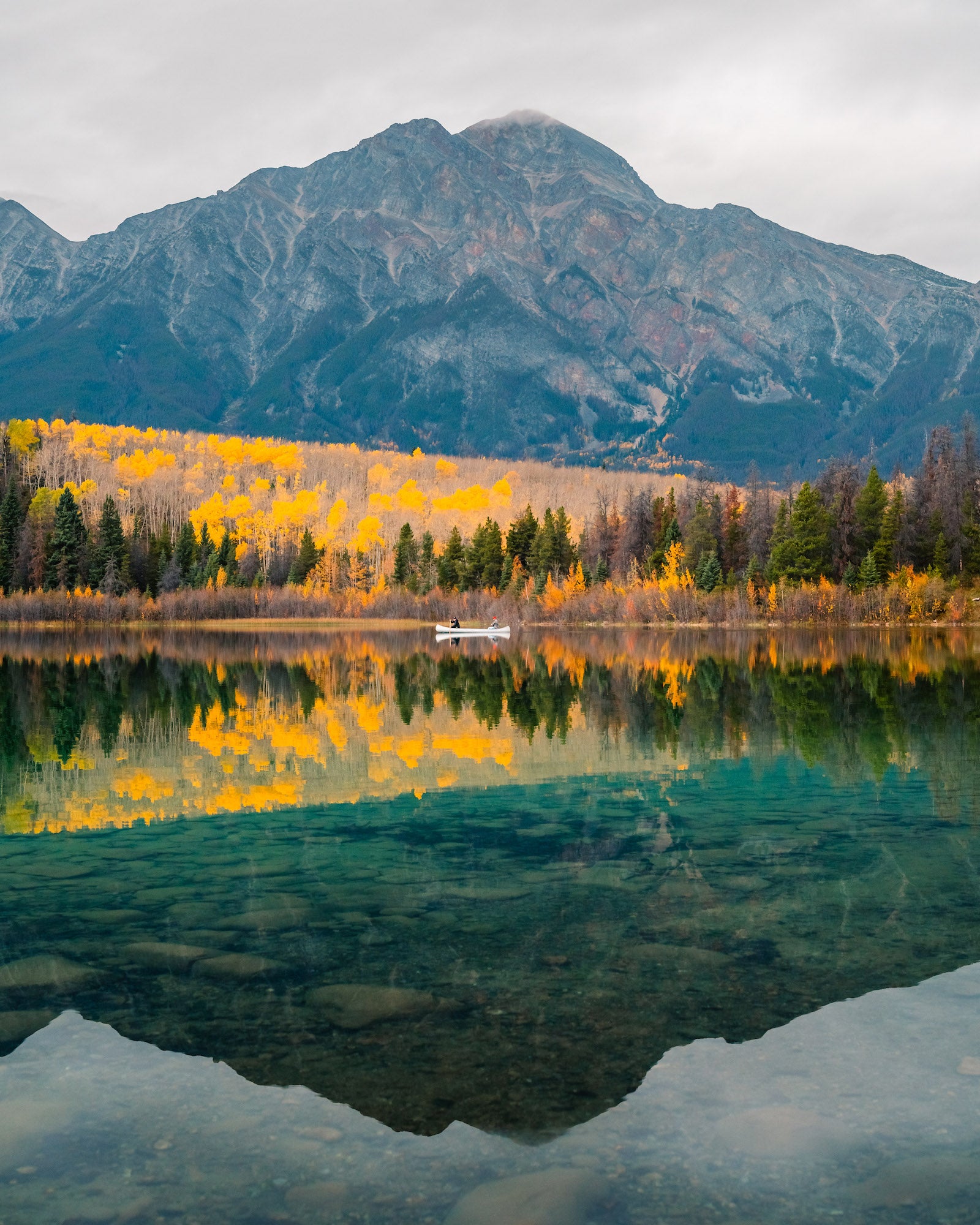 Lastly, on a fall chasing adventure, I always stop at Pyramid Lake. I could practically feel my beard turning orange I was so excited, looking out past the glassy reflections at the fall painted trees, nestled at the foot of the peak. 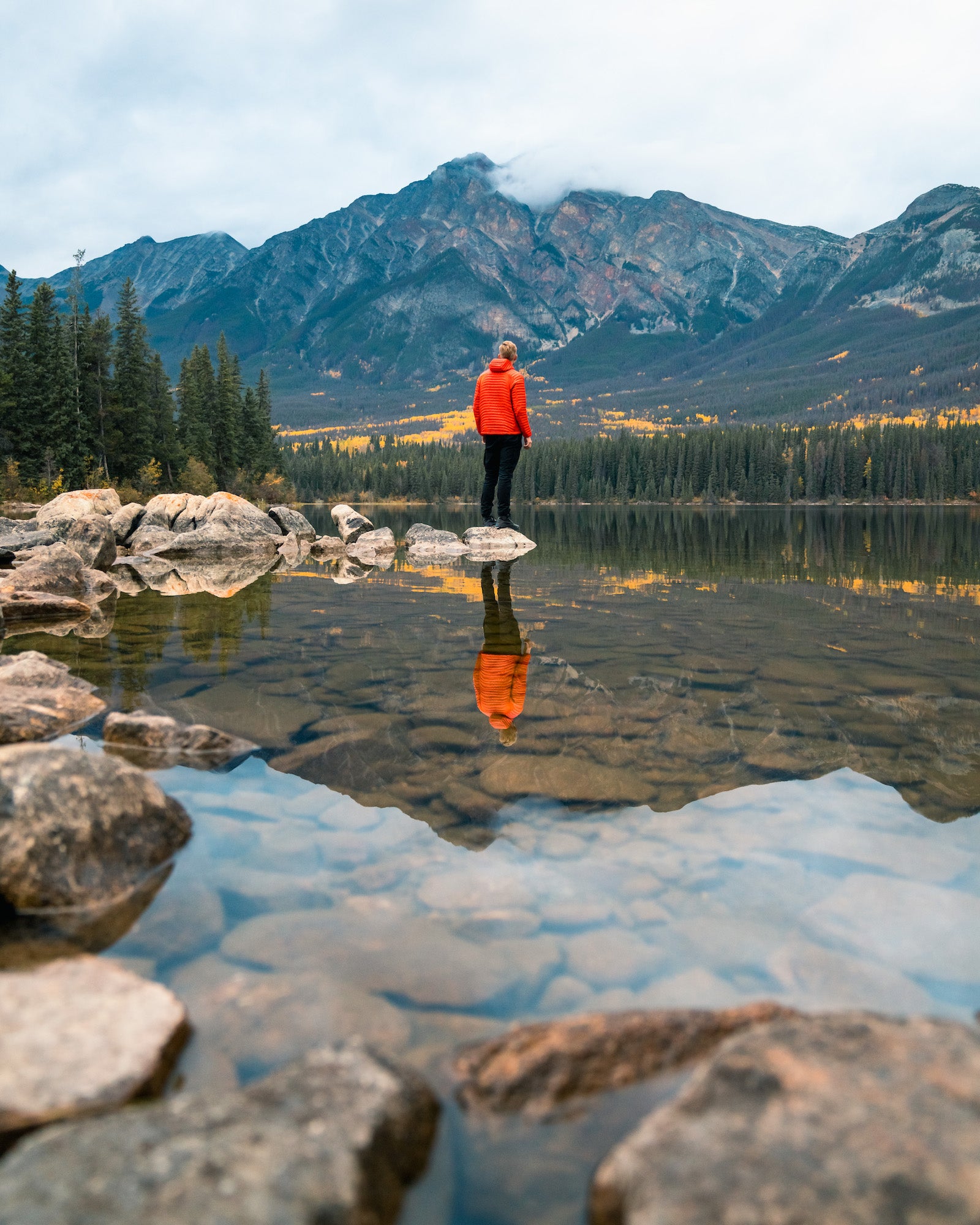 All of that to say, there is no better place to be in fall, than in Alberta with a camera to capture it forever. 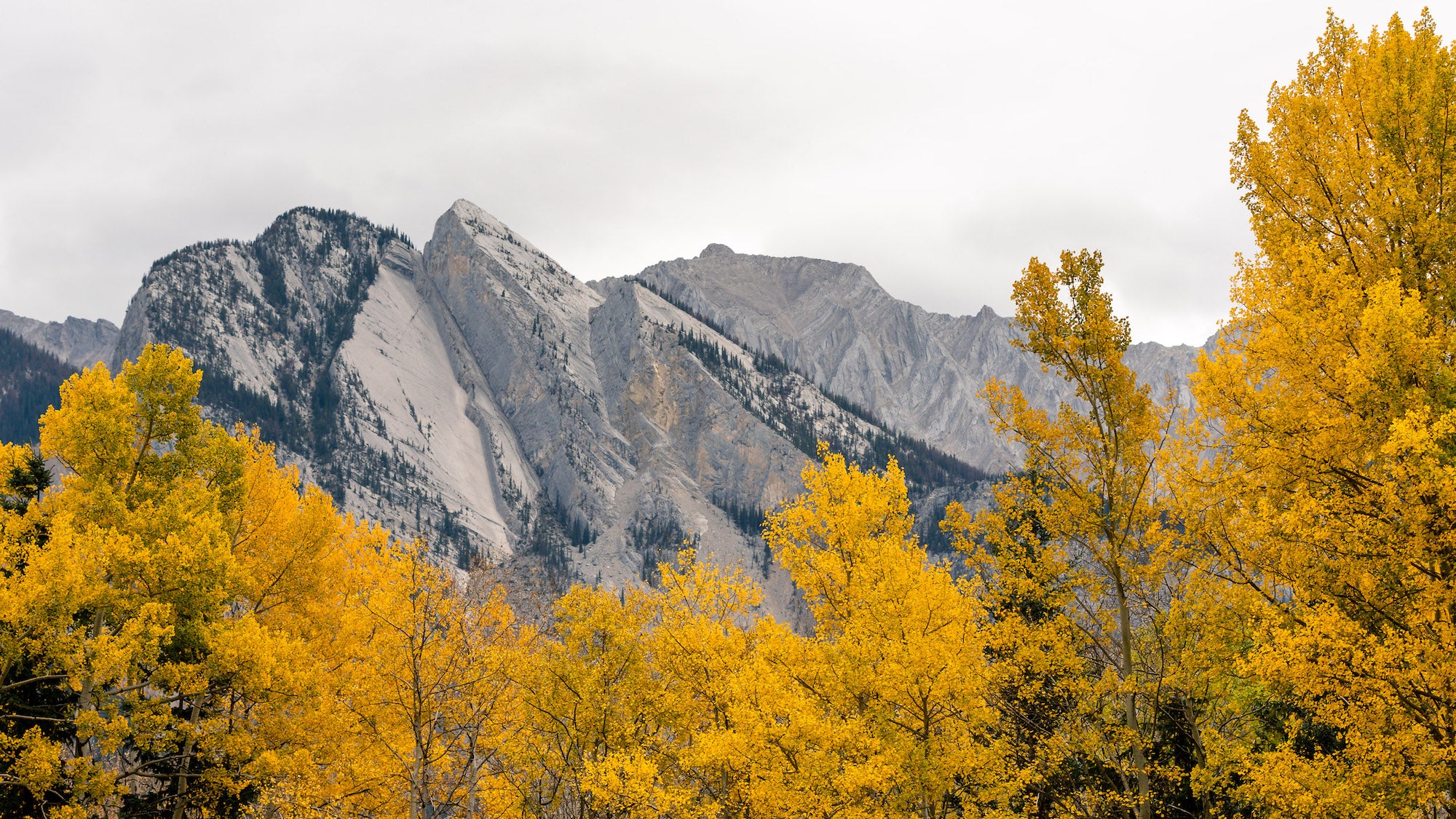 Embrace The Autumn Vibes In These Foggy Fall Landscapes

Embrace The Autumn Vibes In These Foggy Fall Landscapes