Sony Artisan Brian Smith has over 30 years of experience capturing iconic portraits of some of the country’s most popular and powerful people. Sometimes he has a long shoot scheduled with plenty of time to work with a subject, but more often than not his busy subjects have other places to be and he’s caught working in a short time frame. He’s had enough experience to know that no matter what he needs to stay flexible, but also that he has to stick to some important details of his workflow to get the money shots as efficiently as possible. We spoke with him to learn more about his system for an editorial portrait shoot.

“I light absolutely 100% of the shoot stuff that I do because you just can't count on whatever the available light will be.” 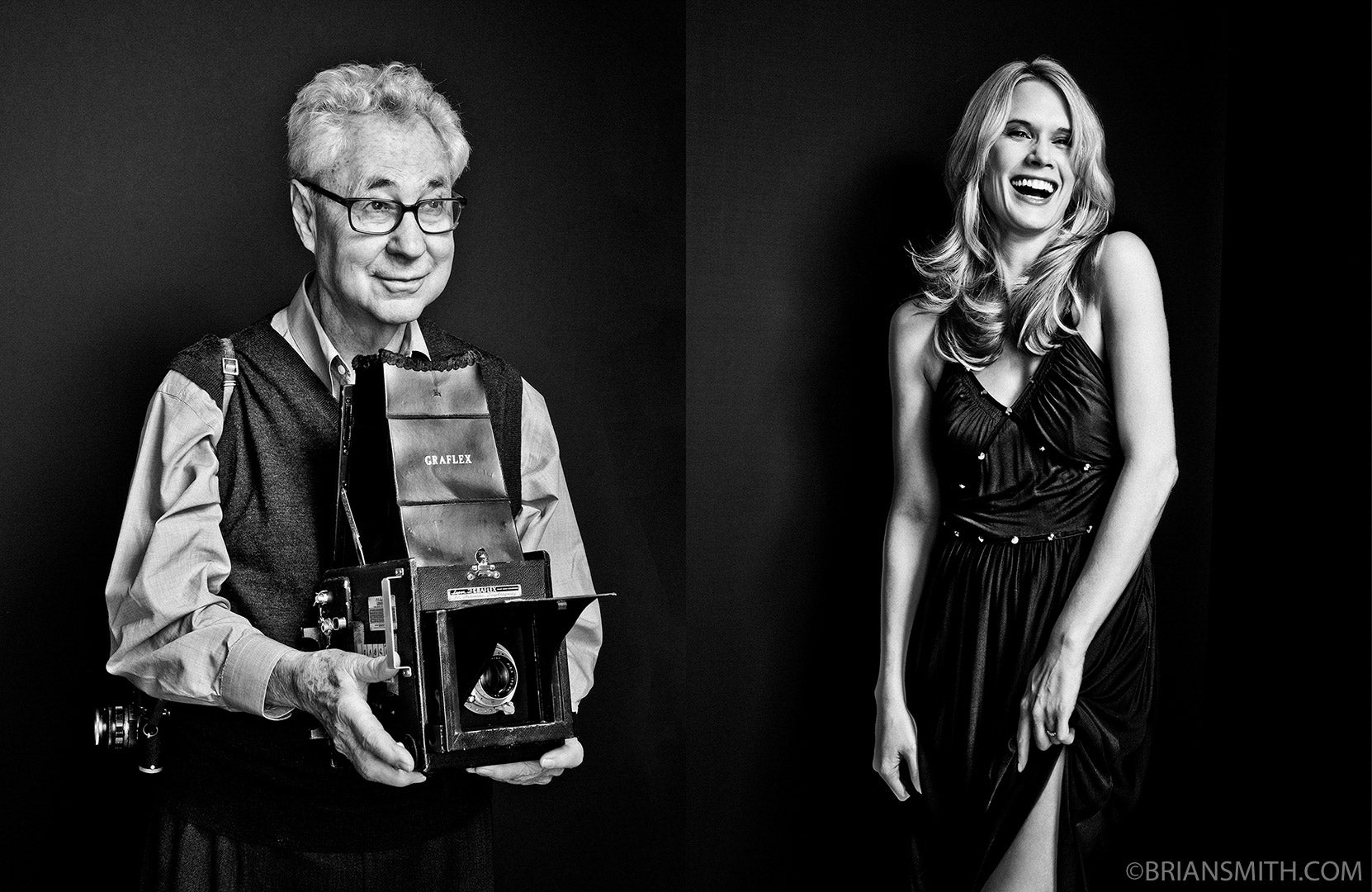 Every editorial shoot is somewhat different, and so the way Smith prepares for one will vary. Sometimes he has complete creative freedom, and other times he’s planning with an art director or photo editor who has a very specific look in mind. The shoot could be in a studio, or it could be a home-take where he’s photographing the subject in their element. Regardless of the location, he negotiates for early access to scout it out in advance. “Even if it’s on the day of,” Smith explains, “it gives you some time to quickly come up with ideas. The location dictates much of what can be done, so preparing for where you’re going to be shooting is important.”

With the location and concept for a shoot decided, Smith has to choose which gear he will use to achieve the results that the images demand. “I’ll have a pair of Sony α7R IIIs and those are my workhorse cameras for any portrait shoot,” says Smith. “They find the perfect point between resolution and ease of use. I’ll also have the 24-70mm f/2.8 G Master, which will probably take care of 90% of the range that I need to work with. Then others that I’ll take with me include the 85mm f/1.4 G Master, 135mm f/1.8 G Master, and if I’m feeling like I might come in really tight I’ll bring the 90mm Macro.”

“And then lighting is extremely important. I light absolutely 100% of the shoot stuff that I do because you just can't count on whatever the available light will be. I use Profoto gear, the Profoto TTL-S air trigger for Sony, and then Profoto B1s, B2s and B10 flashes. Sometimes I’ll use some of their fixed studio packs depending on the output that we need. With flash, I always use manual settings. I calculate what the output is from the light to the subject, and then the camera and flash stay on manual settings.” 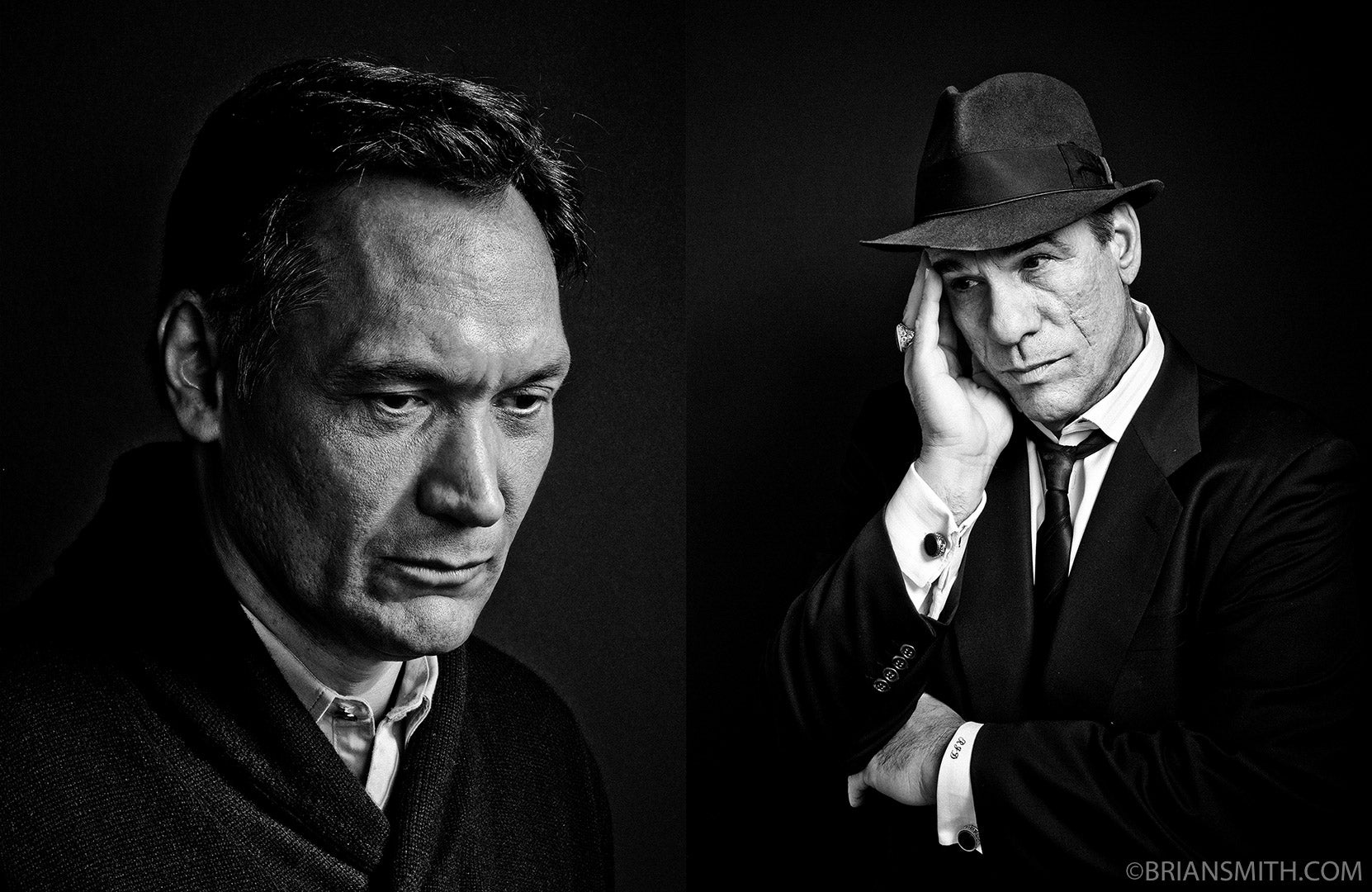 Smith puts great importance on the quality of memory cards he uses. “I know dual cards slots was one of the absolutely huge things that people could not live without, so I give Sony a lot of credit for implementing that,” says Smith. “I know a lot of people do that, but I grew up in an age of medium-format film, so there was no, ‘Oh, I've got to shoot double of everything.’ You had one image on your film and that was fine. I will say that I always use really good memory cards, and I think that's where people make a mistake. They buy cheap, crappy cards, and then curse the camera because their card failed and it's not backed up. I think it's wonderful to have redundant backup, but I think it's more important that to use good quality cards. Because I'm using card slot one, I'm using the fast Sony SF G cards exclusively. They take advantage of how fast the camera can write, and I've had absolutely no problems with them.”

During: Getting Set & Getting The Money Shots

When it comes to the day of the shoot, Smith says he always arrives early if possible. “I don’t like rushing, so if I can, I’d rather get there early and pre-light some situations. Once I’m set I can just relax and have a cup of coffee as opposed to running around. Of course, this isn’t always the case. I’ve had shoots where there was pretty much no setup time so you just have to show up with your gear ready to go and move fast. As a photographer, you have to be flexible because you are rarely dictating what the terms are. You want to be nimble enough that you work in a way where your subject always remains comfortable.”

Sometimes shoots can last as long as half a day, but Smith says having that amount of time is rare. He considers anything over an hour a luxury, so he is always on his toes and ready to move. With all of his experience, he’s learned how to manage these timeframes, especially when hair and makeup is part of the schedule. If he’s given two hours including hair and makeup and it’s a celebrity, he knows that he’ll be lucky to get half of that time to shoot, and he can make that work.

“I’ve had shoots where I’ve literally been told, ‘You have four minutes,’” explains Smith. “So you've got to be ready to do things really quickly. In that four-minute shoot, we did three setups. They were all pre-lit and so it was basically one shoot per minute. I would shoot for a minute and then move to the next scenario. With that limited amount of time you have to rank the importance of the shots you get. You always want to make sure your money shot is the first thing you do in case the subject has to leave. If I have plenty of time, I do the opposite and take the easier shots first. Then the subject will open up and be comfortable later for the really great shots. It all depends on the situation.” 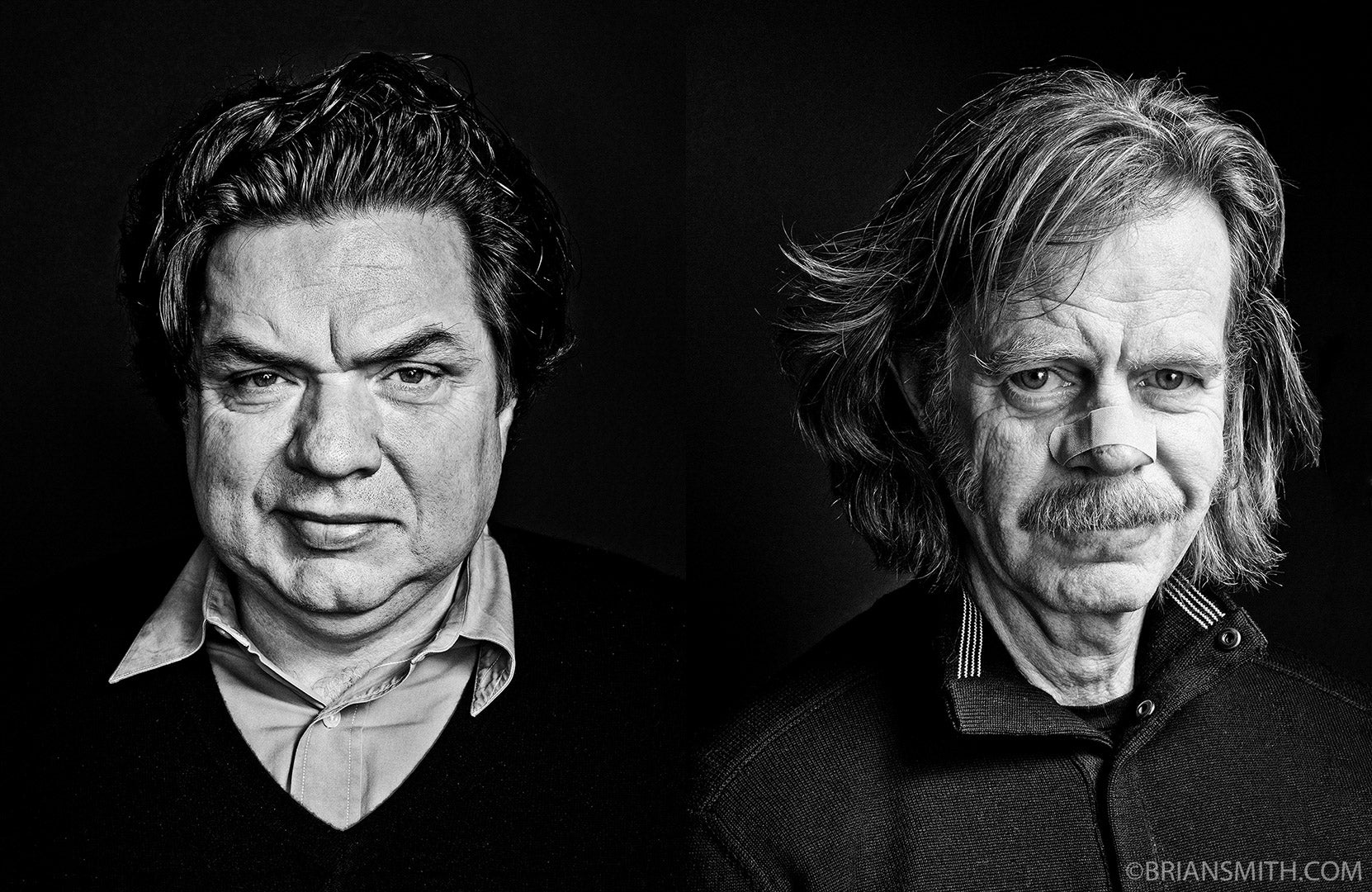 Smith always shoots in RAW unless the particular circumstance specifically calls for something different. As he’s photographing the subject, 90% of the time he’s using the Electronic Viewfinder. The other 10% of the time he’s just looking at and connecting with the subject. Regardless, he’s always paying attention to who is in front of the lens.

“That's one of the great things about all these features and how automated the camera is,” says Smith. “I can set it the way that I want, let the technology do its thing, and concentrate 100% on the person in front of my lens. I can’t stand when I see photographers jumping from their viewfinder to their LCD and back, it’s like they’re in a tennis match and not paying attention. If you’re messing with your camera and changing things around a lot, your subject is going to get bored. Do not worry about trying to delete anything while you’re shooting, just shoot.”

As soon as the shoot is over, unless there are special time constraints, Smith will take the card out of the camera, put it in his card reader, download the images to his computer then put the card back into the camera. He doesn’t delete them, but creates this redundant backup of the photos. Sometimes he will also add them to an external drive as a third backup. Then he brings them into Lightroom where he does his rough adjustments and begins deleting anything that’s unusable, like a photo where the subject is blinking. After getting rid of those, the first thing he does with the rest of the images is add metadata.

“The number one thing I do before I even show anybody an image is add my copyright and mark it as a copyrighted image,” Smith says. “You have to put all that data in. Everyone should always be doing this. So often someone will send me a gallery, and I'll just click out of curiosity and there's no copyright information. Basically, your image is floating around on the web with no way of tracing who did it. So absolutely, the very first thing you want to do is get that copyright info in there.” 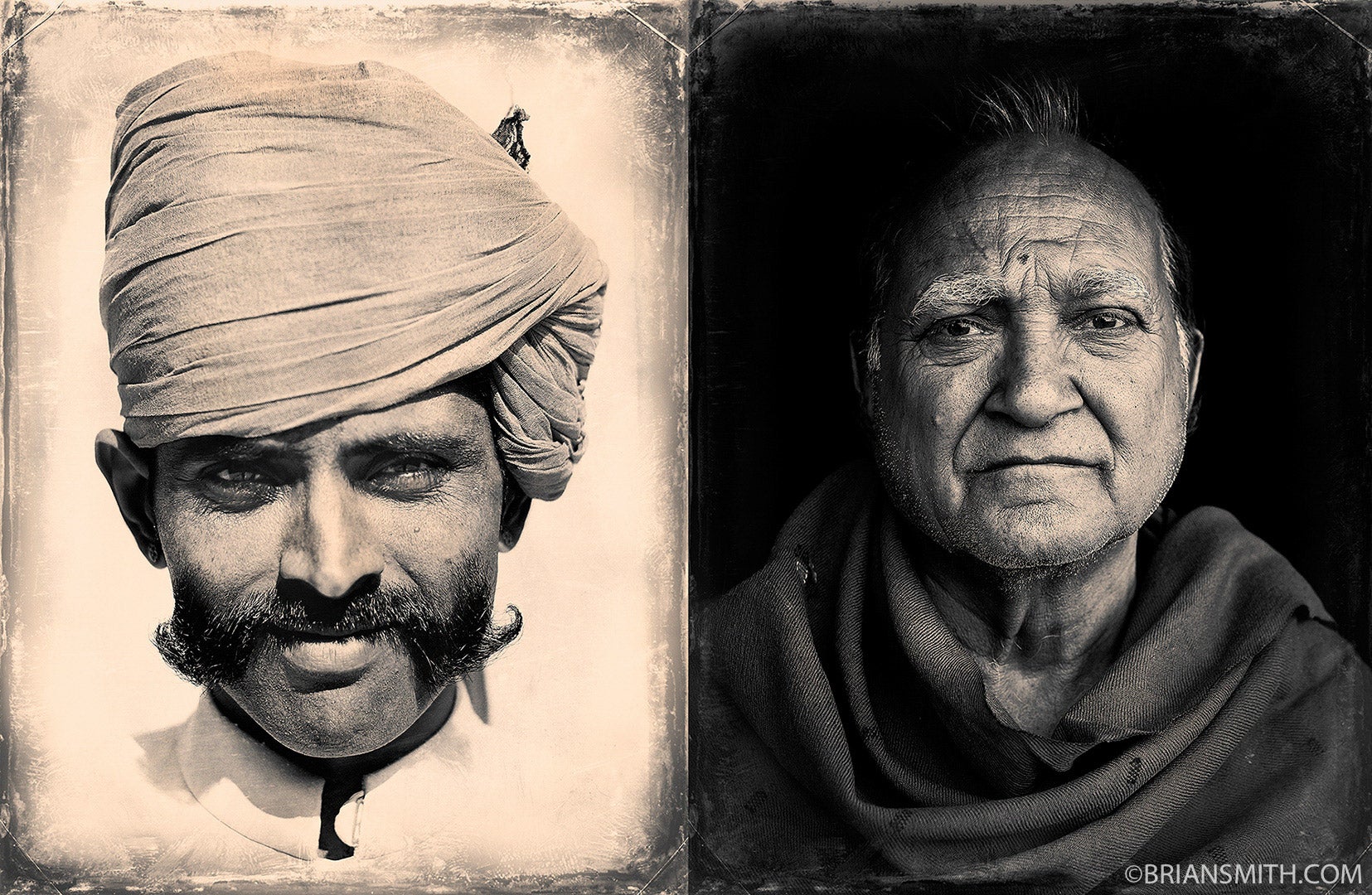 Smith continues, “Usually at the same time I'll put in the caption information of who I photographed, and then once I've edited down to the images I'm really going to keep I rename them all with the way I want to identify the shoot. Typically that’s with the year and the subject's name in it. The great thing at that point is they no longer have to be sequential in the order that I shoot them. Sometimes as I’m shooting I'm building up to the best situation and I'll decide I want those to be the first images the editor sees, not the last. So this is a great time to reorder the images in the order you want somebody to see them, in the way you want to present them.”

Once the editor has made the selects, Smith brings those images into Photoshop to create final versions. He saves a working Photoshop file for himself and then uploads a copy of that file as a TIFF. Then he uploads the TIFFs to PhotoShelter to create a professional-looking gallery. It’s password protected and a great way for him to share the files, as well as being another layer of backup redundancy since now the main photos are also in the cloud.

“Getting those images uploaded on PhotoShelter has been key for me,” says Smith. “It’s the biggest thing I would not change because it has saved me in so many different ways. Sometimes someone wants to license one of my archived images and it’s so important for me to be able to quickly find and access it so I don’t lose the opportunity. I highly advise that people have their work – any image of theirs that they might want to license – somewhere they can easily access it. If they’re well organized and readily available, you never know what kind of opportunities you might get to show your work and make a sale.”