Chris Olivas (@cholivas) is a science teacher by day and a photographer/videographer by night. He grew up in San Diego and has an immense passion for the ocean and outdoors. He began his imaging work by shooting video that highlights people making waves in the local surf community. After having two children his days were occupied and he shifted his work to night photography. Now he spends his nights planning out astrophotography shoots that revolve around nighttime celestial events like comets, the Milky Way core, meteor showers, full moons, eclipses, and star trails. He can be found in any of the dark sky national, state, and local parks in California often alongside his rock climbing friends from dusk until dawn. His motto is, "the best photographer is the one having the most fun." We connected with Chris to learn more about the simple Sony Alpha kit he uses for his adventure and astrophotography. See more on the gear he uses below. 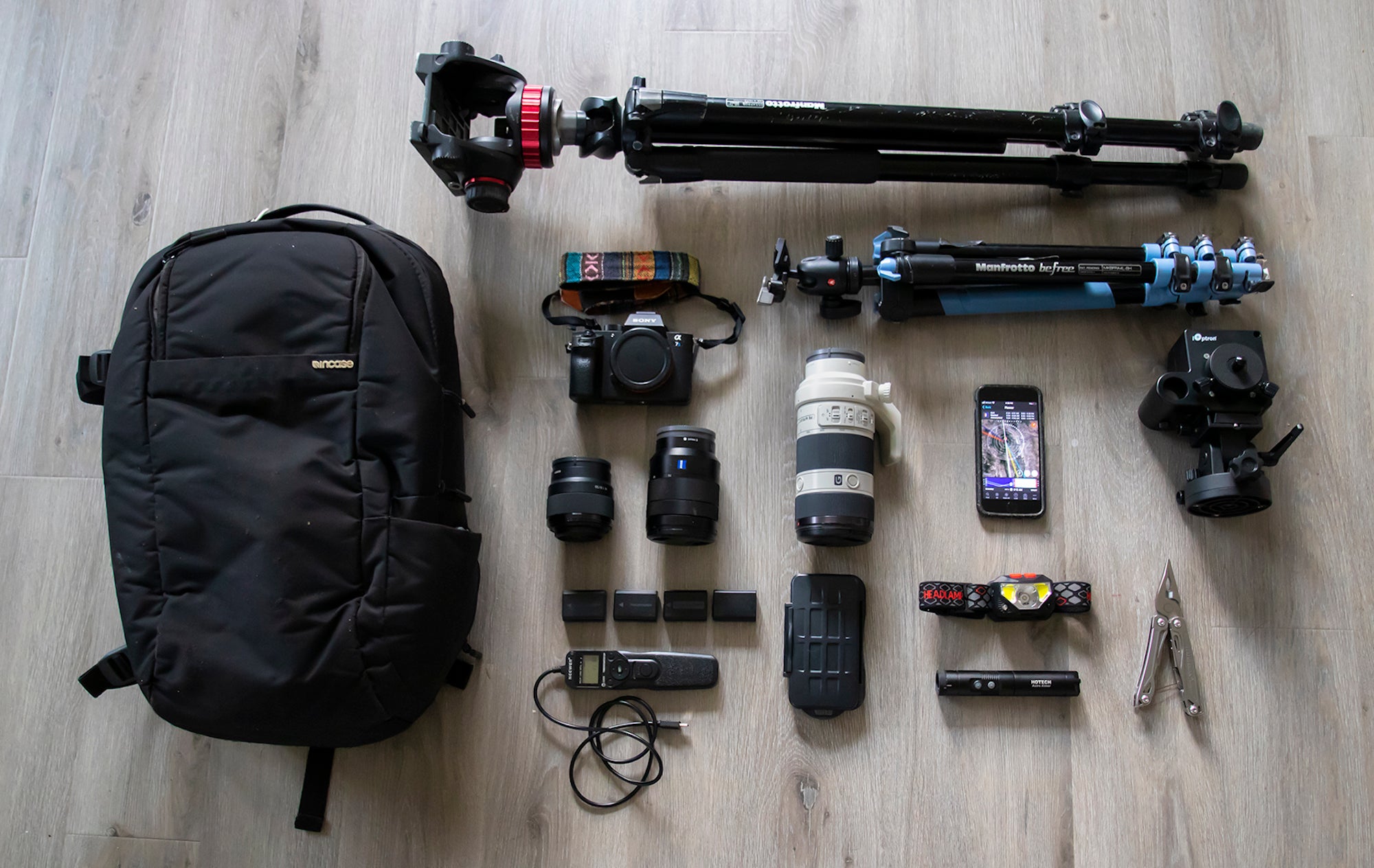 Sony α7S II: The moment I got to edit video footage shot on the Sony α7S II I knew it was going to fit my needs perfectly. As a videographer I needed a camera that had a wide range of video features like being able to shoot in 4K, 120p, and low light conditions. As a photographer I was just starting to get into night time photography and I wanted a camera that could allow me to shoot wide field astrophotography and deep sky objects with my science students. The light sensitivity of this camera and ISO range blew my mind and it still blows my mind! It has the ability to capture so much of the night with any focal length of lens. It is very user friendly at night with the auto detect viewfinder/monitor and efficient use of battery for those long night lapses. It’s very tough and rugged, withstanding cold nights in the snow and triple digit nights in the desert. It has never let me down. 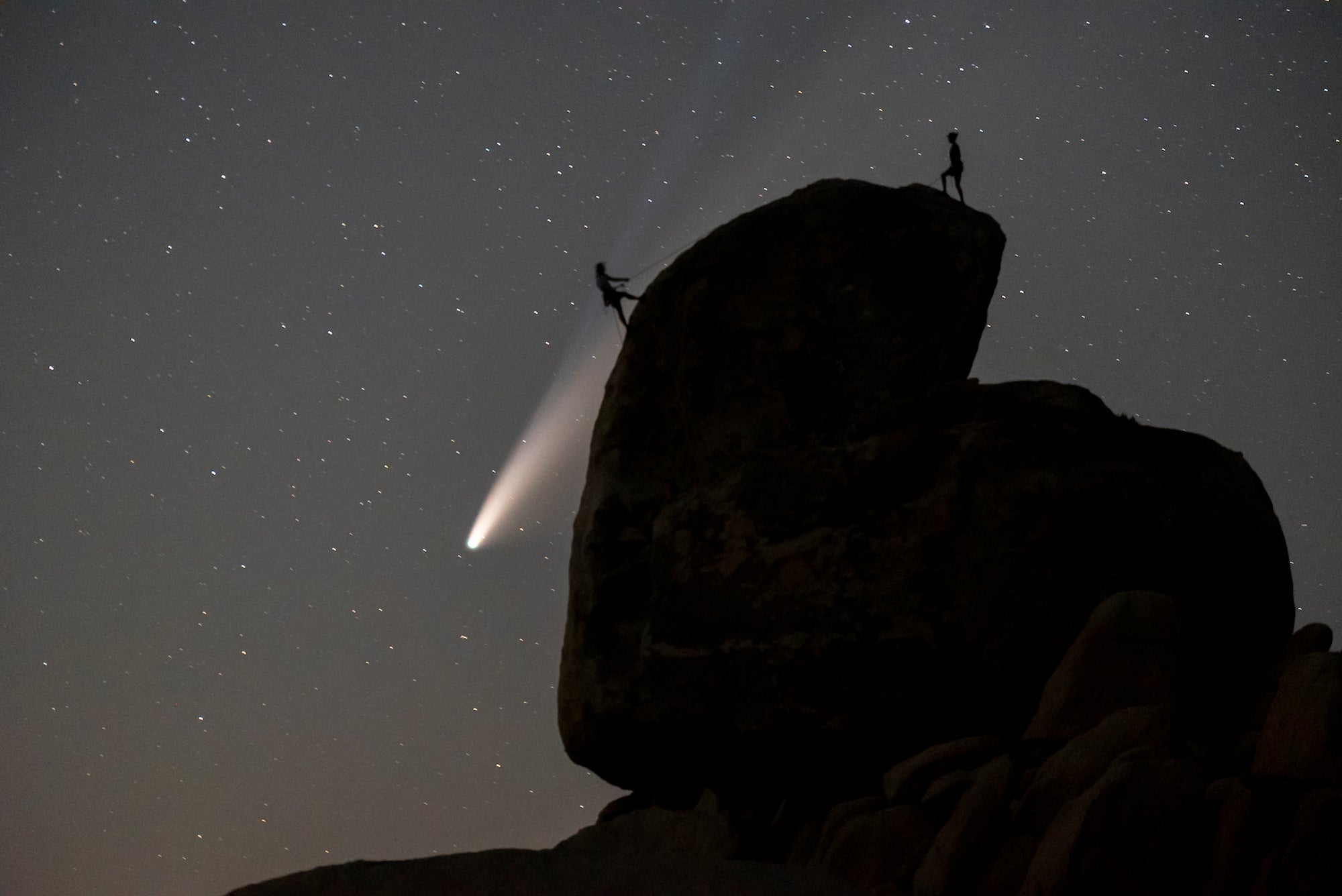 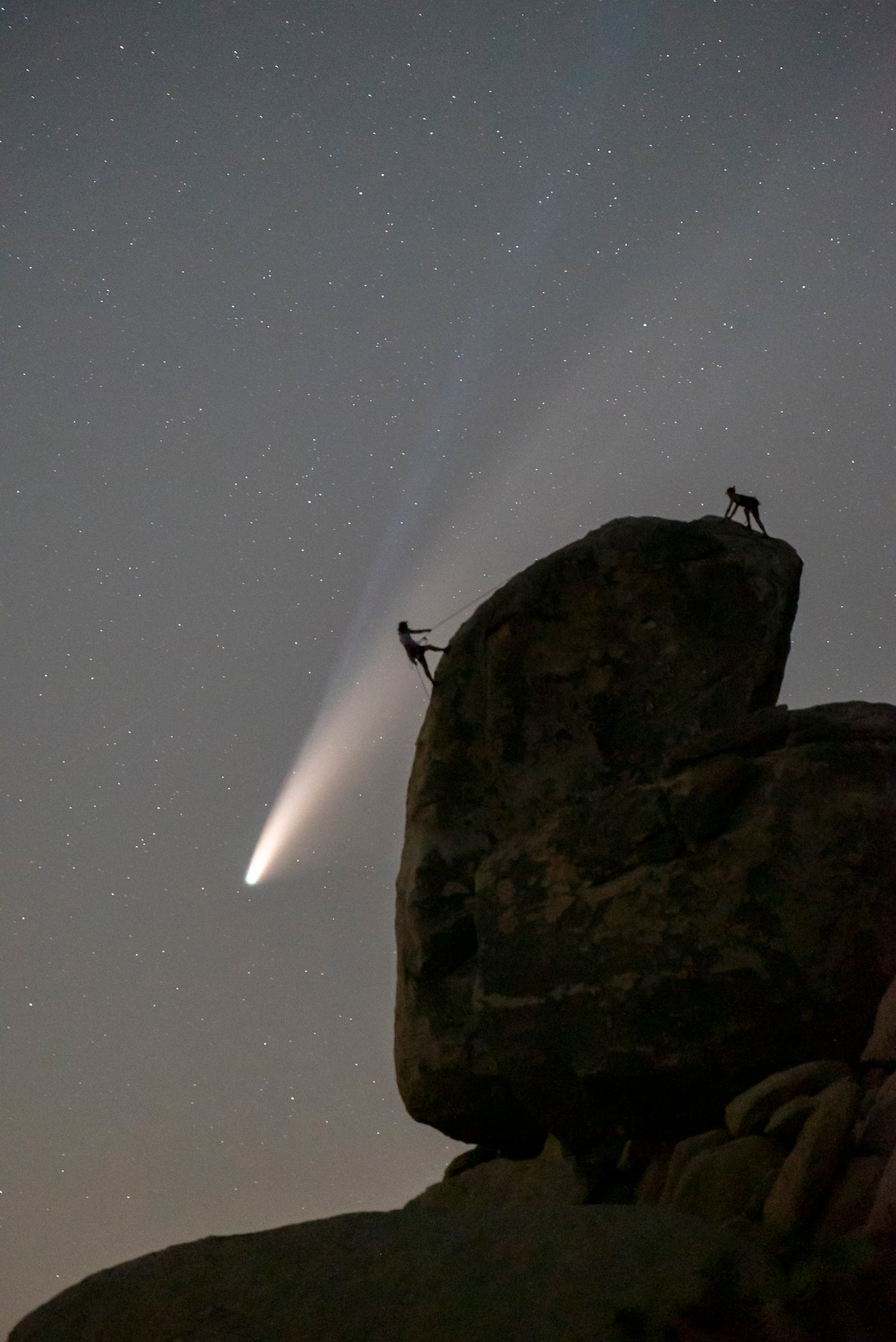 The Sony 24-70mm f/4: The Sony 24-70mm f/4 is my workhorse lens. This zoom lens is excellent for taking video during the day in any condition. It is incredibly sharp, clear, and somehow allows me to take extremely steady hand held video if I need to. As an astrophotography lens I love to take long exposure star trails, milky way images, and wide angle sunrise images. Even as an f/4 its capabilities are endless for capturing the night sky especially when attached to a star tracker. 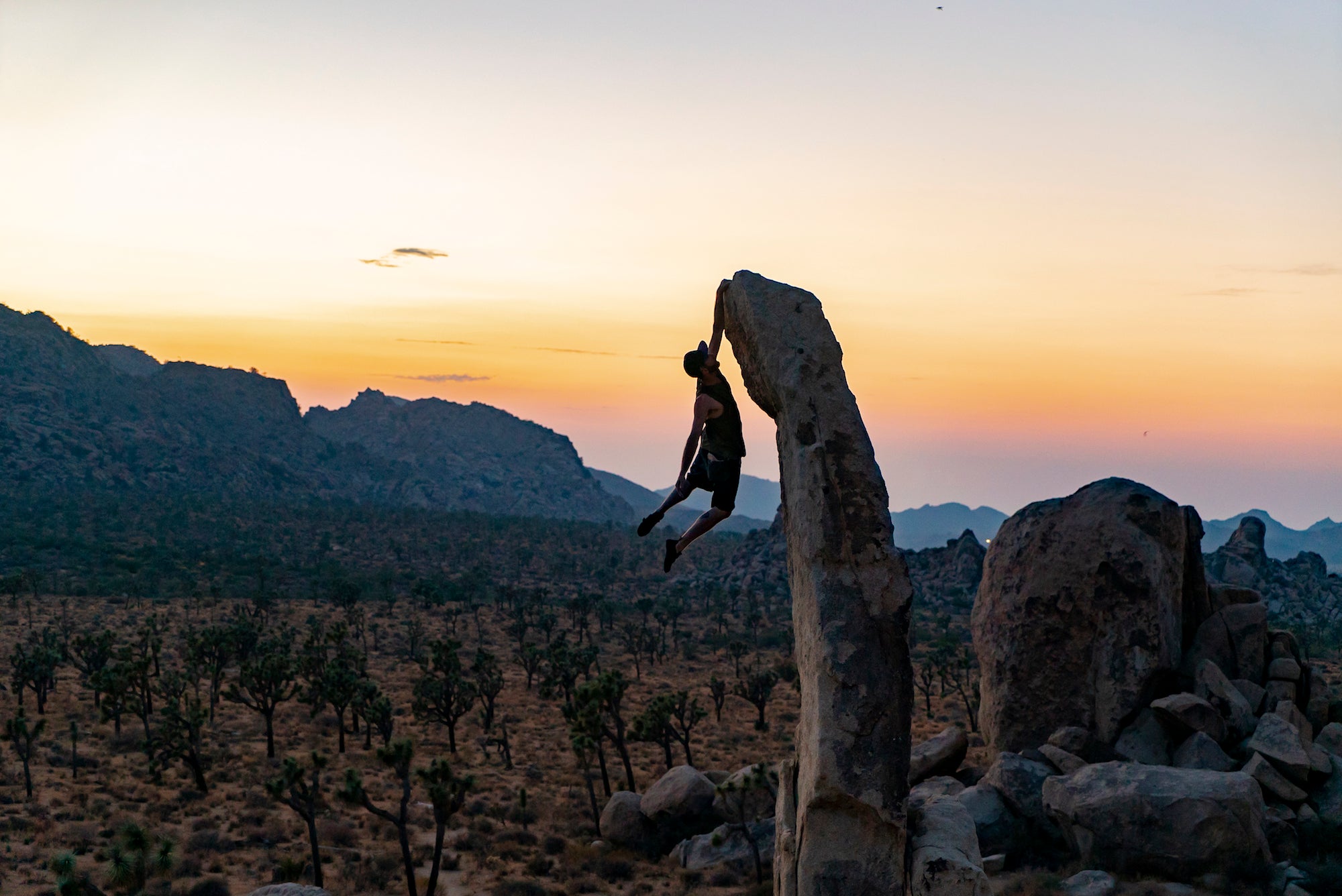 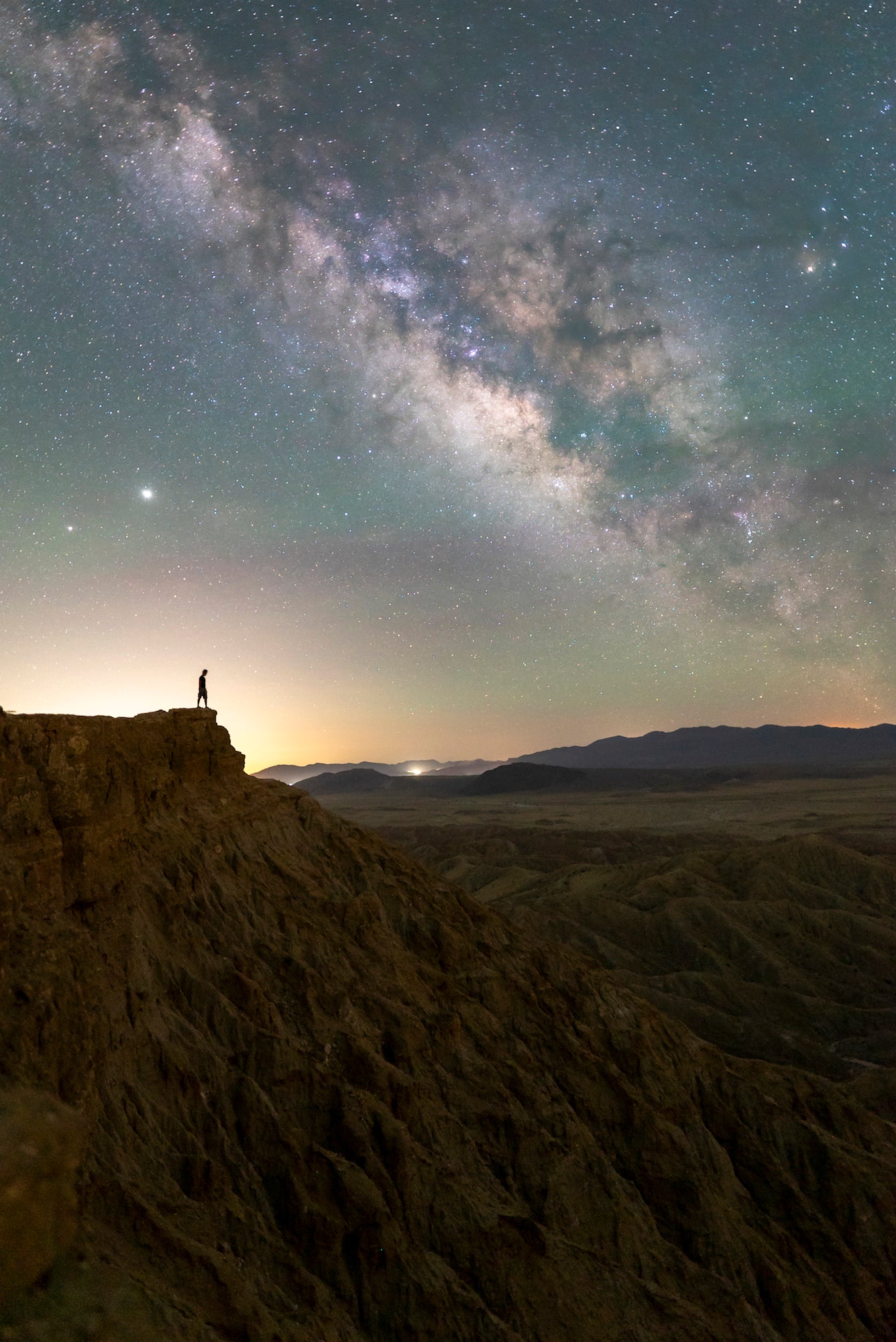 The Sony 50mm f/1.8: The Sony FE 50mm F/1.8 is one of my favorite lenses. It's affordable, sharp, and fast! It’s a great lens for video with incredibly beautiful bokeh. It is also one of my favorites for capturing the night sky. I can use this lens with a wide open aperture to capture the incredible detail of the Milky Way core or the faint light in landscapes. 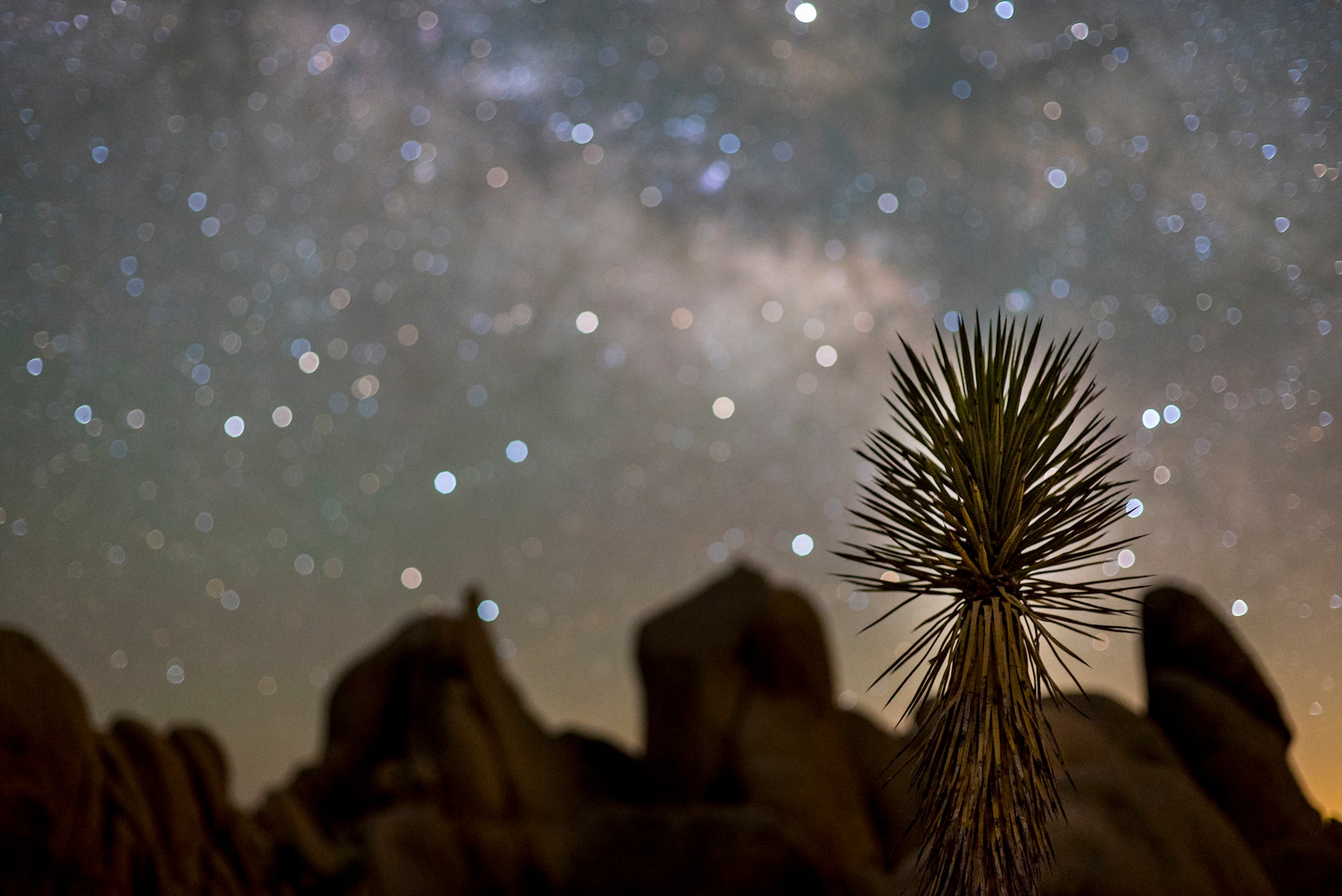 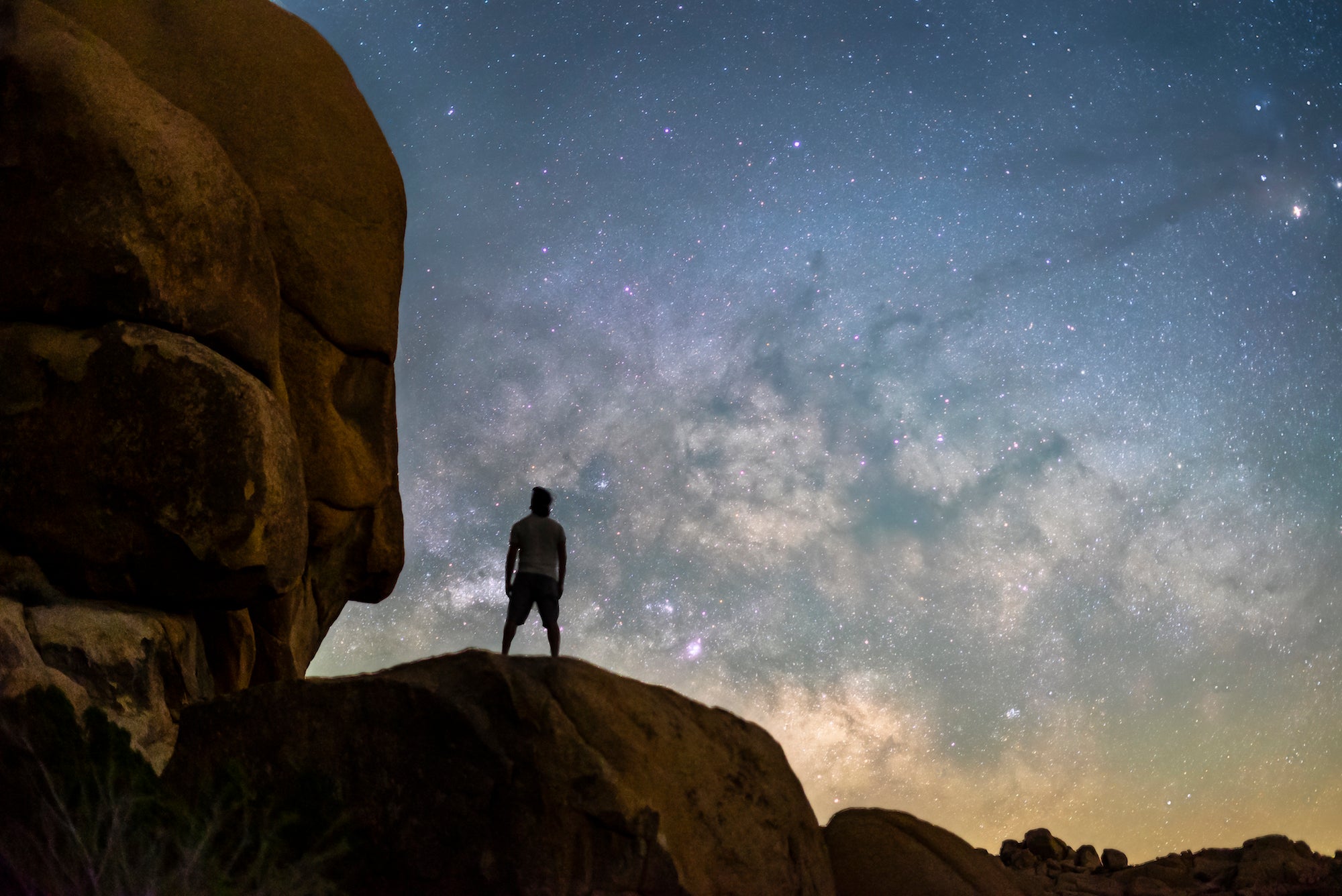 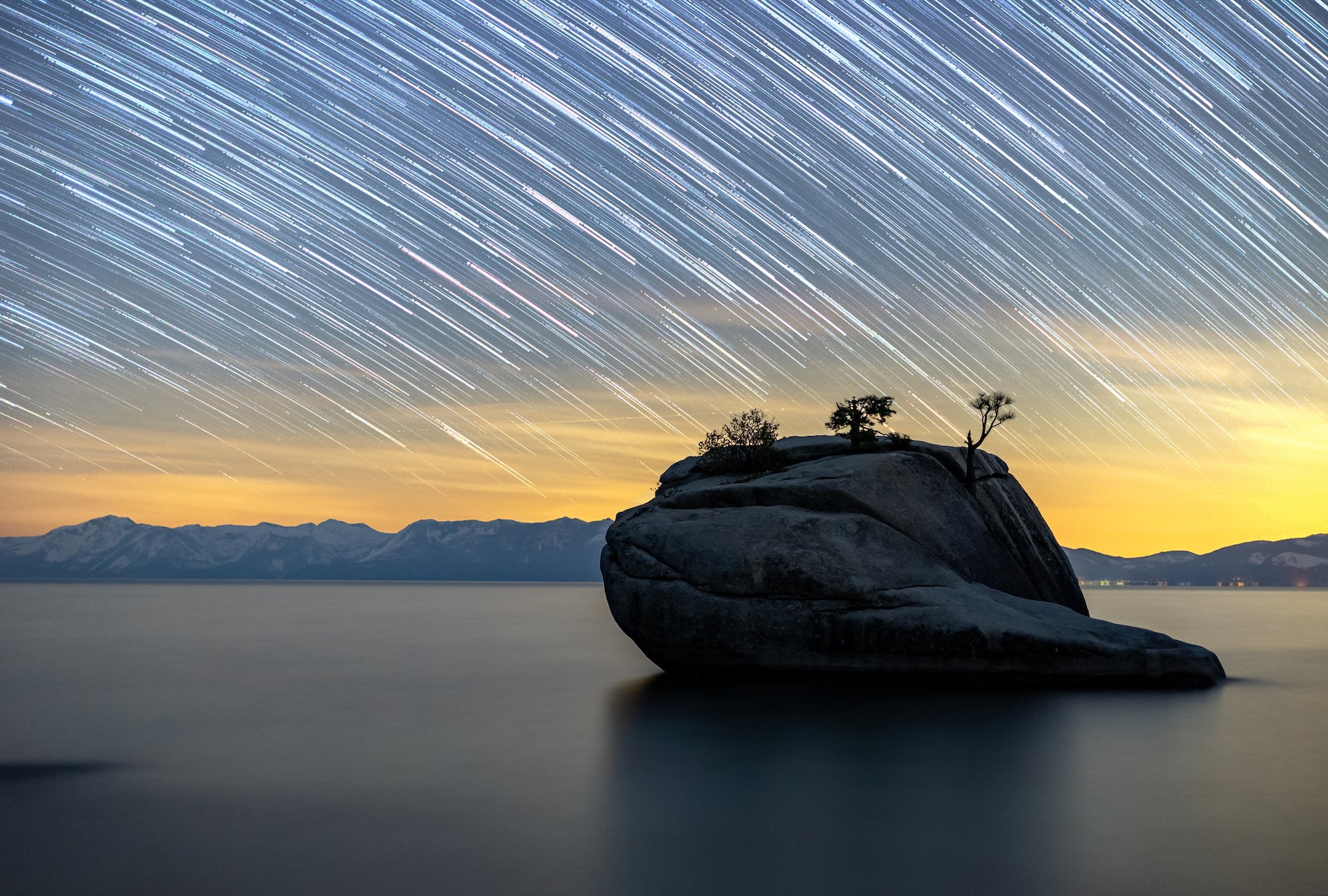 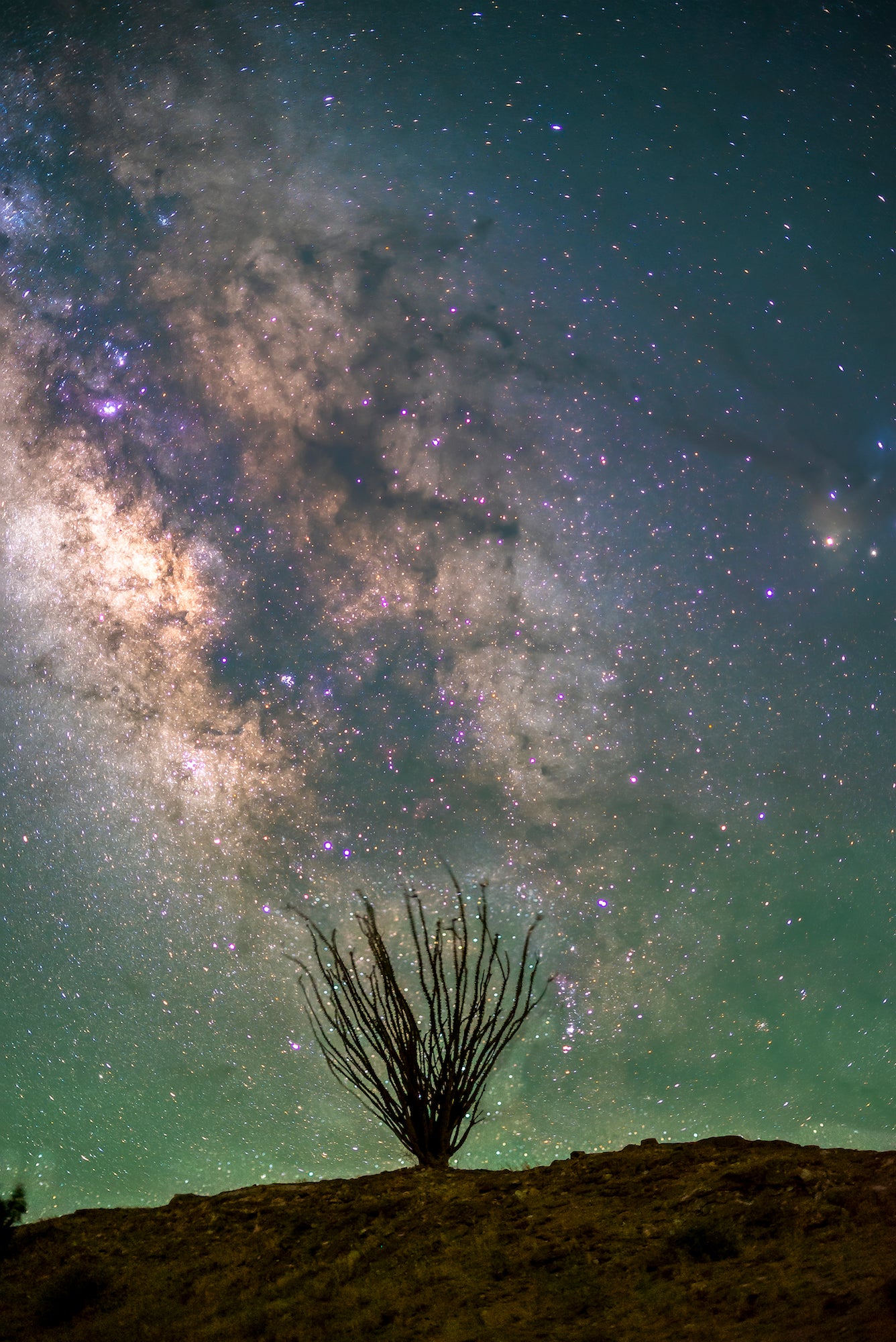 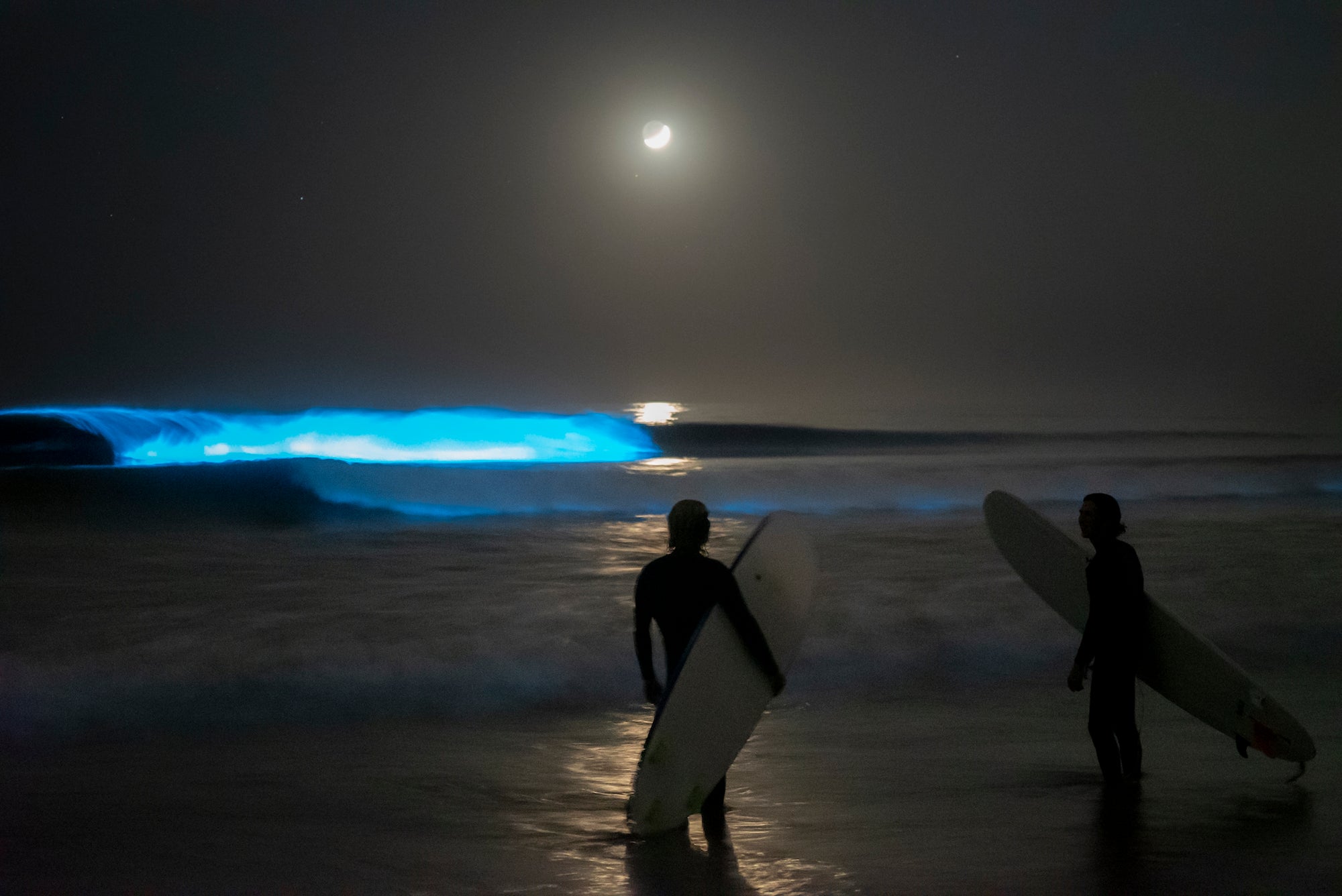 Manfrotto290 XTRA Kit, Alu 3 sec. tripod with 502 Fluid video Head: This video tripod and head is excellent for setting up in rugged conditions. I use this whenever I want to throw on my star tracker or longer lenses for stability.

ManfrottoElement Traveller Tripod Small with Ball Head: This traveling tripod is small, light weight, and can be arranged to very low angles which is perfect for a night under the stars.

iOptron Star Tracker: This is a lightweight and easy to use star tracker that allows me to attach my camera to capture longer exposure without any star trailing. 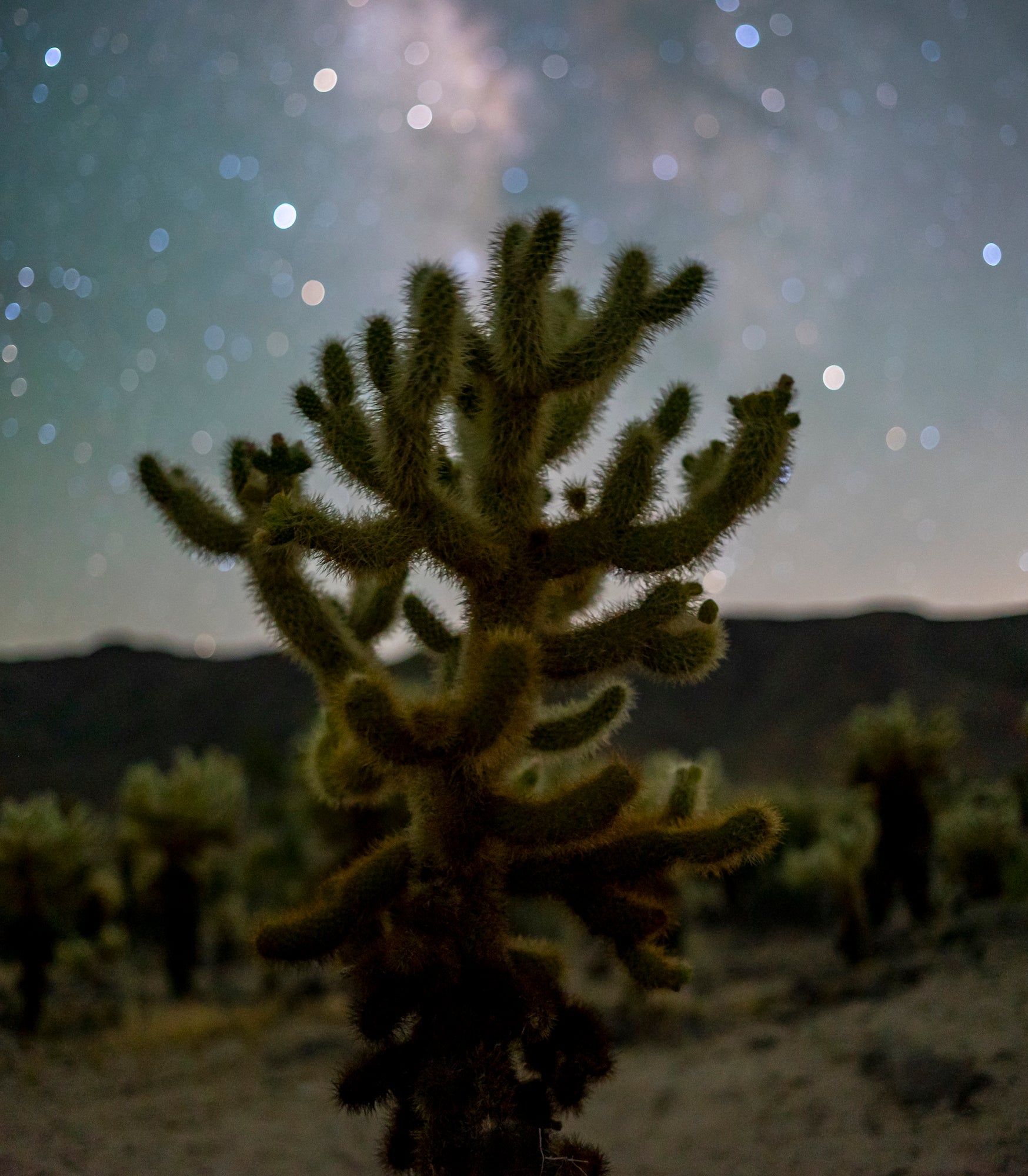 Leatherman tool: A handy tool for any situation, especially when alone at night in the wilderness when you might have a bear or bobcat sneak up on you.

Soft Digits Headlamp: This bright and lightweight headlamp is USB chargeable and can toggle between white, blue, and red light which is excellent for exploring the wilderness in the dark.

Hotech Astro Aimer: This laser pointer is essential for aligning my camera and tracker for deep sky astrophotography.

Photopills App: This all in one application allows me to plan for any shoot by tracking the path of the sun, moon, and stars in any location in the world.

Headlamp: The best for navigating at night.

See more of Chris's work on his Alpha Universe profile. Create your own profile for your chance to be featured on AlphaUniverse.com. Learn more HERE.