To wrap up the month of love, this week we’re featuring a group of global wedding photographers who are using their Sony mirrorless cameras and lenses to capture love both near and far. See some of their work below and give them a follow for more. If you want the chance for your account to be featured on AlphaUniverse.com, make sure you tag your Sony photography posts with #BeAlpha. And don’t forget to follow @sonyalpha for your daily dose of Sony photo inspiration.

Tag your Sony photos with #BeAlpha for the chance to be featured on AlphaUniverse.com, and follow @sonyalpha for your daily dose of creative inspiration.

Zabrina is a Sony Artisan who has traveled the world as a wedding and engagement photographer. She puts a lot of thought into her captures of couples which makes them very unique. Her Instagram stories are filled with helpful BTS footage and awesome highlight videos. You can learn more about the gear she uses for her beautiful wedding and engagement imagery in her What’s In My Bag article. She caught this beautiful twirling photo below using her Sony α9 and Sony 24-70mm f/2.8 G Master lens.

Robert is a Sony Artisan and photographer and videographer of weddings, portraits, and people. He’s shot a number of high-profile weddings and his work is that of a true professional. Learn more about how he documents weddings, from camera and lens selection to post-processing and delivery, in his Pro Workflow article. He took this joyous wedding shot below using the Sony 24mm f/1.4 G Master lens – give him a follow for more.

Henry is an engagement and wedding photographer and a member of the Sony Alpha Imaging Collective. He travels all over the world to document love in its most honest forms, and you’ll see the resulting images as you scroll through his account. His photos are unique and do a great job conveying the connection between his subjects. See some of his impressive work below.

Corbin Gurkin is a destination wedding photographer and has traveled the world, from California’s wine country to the beaches of Thailand, to photograph soulful stories. She’s photographed a number of high-profile couples, like that of Joe Jonas and Sophie Turner, and much of her work has been featured in major publications. She took this photo below of NFL player JJ Watt and his wife Kealia Ohai Watt for a People Magazine Exclusive using her Sony α7R IV and Sony 50mm f/1.4.

Knottin’ Visuals is made up of three wedding photographers – Ryan, Ricky and Benjamin. They approach wedding photography as being more than just image-makers, but instead aspire to a greater vision of celebrating lives and creating memories. Documenting both local (they’re based in Singapore) and destination weddings has them bouncing all over the globe to capture couples’ love. The photo below was taken in Australia using the Sony α7R IV and Sony 85mm f/1.8 G lens.

"If I could only buy one Sony E-mount lens, this is the lens I would get." -Wedding Pro Robert Evans

Pro Workflow: How This Wedding Pro Makes A Plan For Perfection 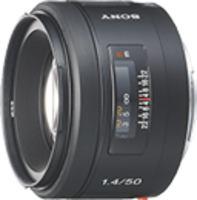 "If I could only buy one Sony E-mount lens, this is the lens I would get." -Wedding Pro Robert Evans

Pro Workflow: How This Wedding Pro Makes A Plan For Perfection